This report will tabulate 82 top-performing decks from 13 tournaments that were held in Japan, China Mainland and South Korea during 17 – 25 September 2022, played under the new OCG 2023.01 Limit Regulation. 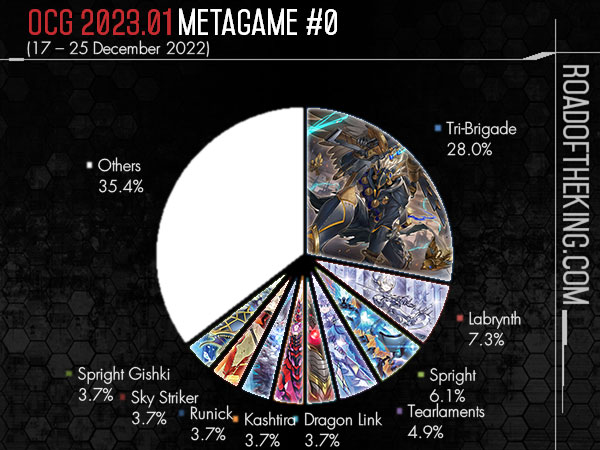 Spright Tri-Brigade has been around in the metagame since Spright was released back in Power of the Elements, but has been largely overshadowed by Spright, Tearlaments and Kashtira. But the Limit Regulations have dealt a heavy hand to these decks, severely lowering their power level and consistency, allowing for Spright Tri-Brigade to shine.

Using Spright Starter or Gigantic Spright would restrict the player to only Special Summoning Level/Rank/Link 2 monsters, but that is just a minor inconvenience. Tri-Brigade Kerass is a Level 2 monster, Tri-Brigade Kitt Tri-Brigade Ferrijit the Barren Blossom, Tri-Brigade Bearbrumm the Rampant Rampager and Ancient Warriors Oath – Double Dragon Lords are Link-2 monsters, so they could be Special Summoned as usual. While the player could not end on Apollousa, Bow of the Goddess directly, they could go into I:P Masquerena first, and using I:P Masquerena effect to Link Summon Apollousa, Bow of the Goddess on the opponent’s turn. 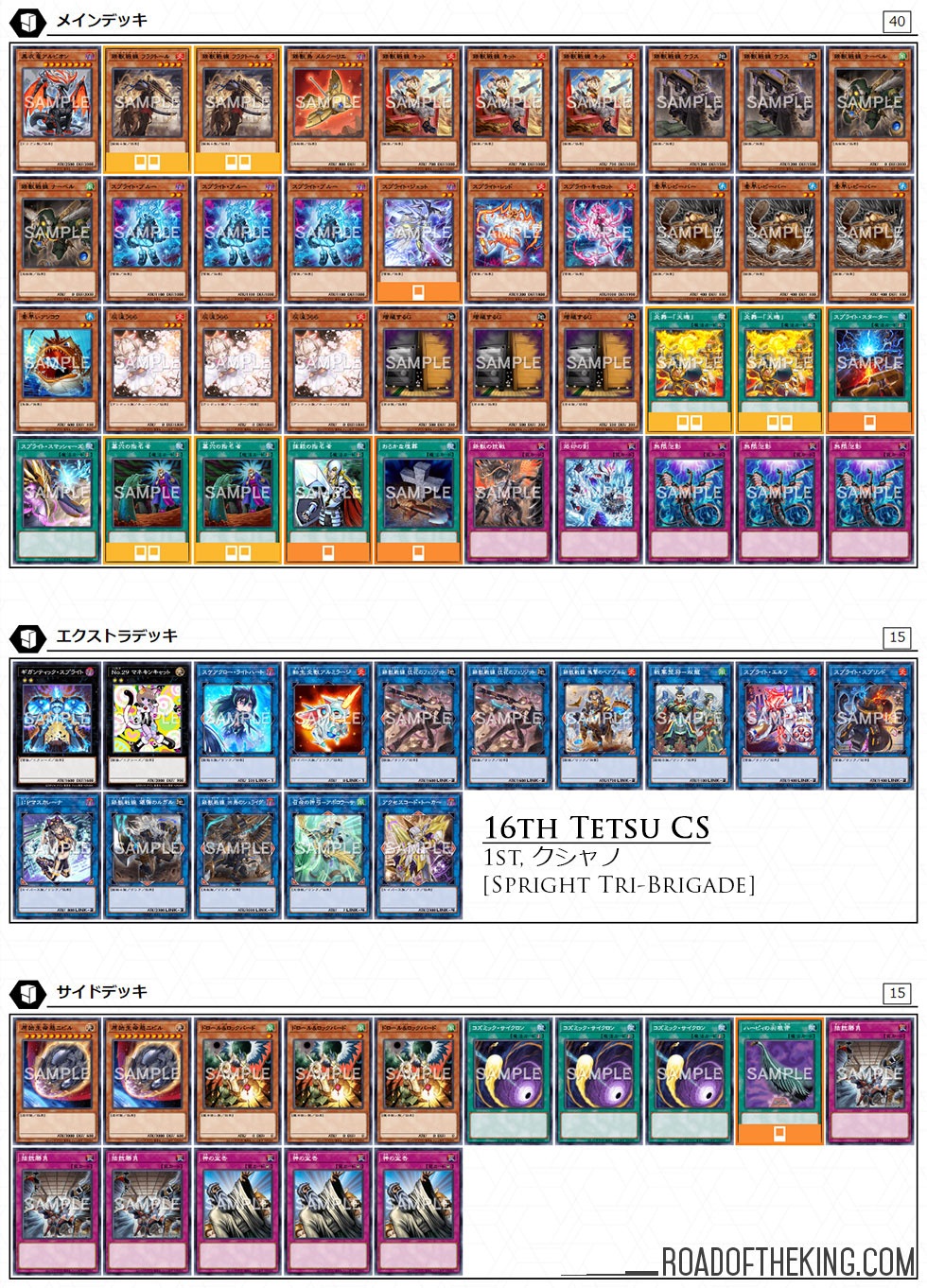 Labrynth is a Trap heavy control deck that debut in Deck Build Pack: Tactical Masters, but only became competitive with the addition of Lady Labrynth of the Silver Castle in Darkwing Blast and Big Welcome Labrynth in Photon Hypernova.

Labrynth controls the opponent by using Normal Traps to pick off the opponent’s monsters, and in turn triggers the other Labrynth card effects to gain card advantage.

Hetawo opted for a Rank 4 build, running the full 3 copies of Ariane the Labrynth Servant and Arianna the Labrynth Servant in the Main Deck. Rank 4 opens up the option to go into Number 41: Bagooska the Terribly Tired Tapir, and D/D/D Wave King Caesar into D/D/D Deviser King Deus Machinex, and even Number 77: The Seven Sins. Since these are all Fiend Monsters, they could be Xyz Summoned even while under the restriction placed by Welcome Labrynth. 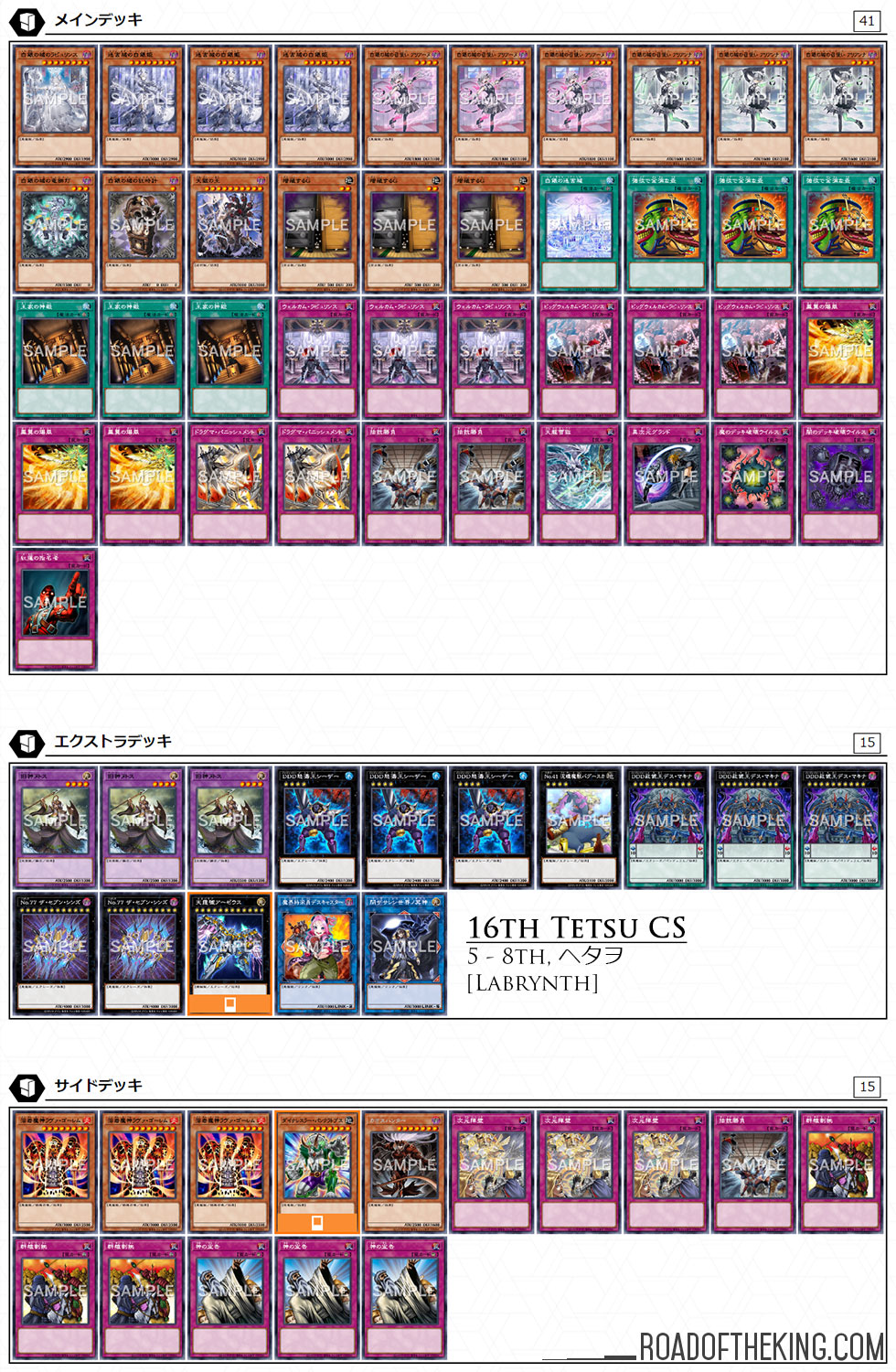 Spright was the best deck in the OCG 2022.04 format, but has since been dethroned by Ishizu Tearlaments at the end of the format, and then received two waves of hits by the Limit Regulations that follows.

Of course the Scythe lock is only useful against decks that rely on Special Summoning from the Extra Deck. Against decks such as Labrynth, I:P Masquerena effect would be used to Link Summon Mekk-Knight Crusadia Avramax or Topologic Zeroboros instead. 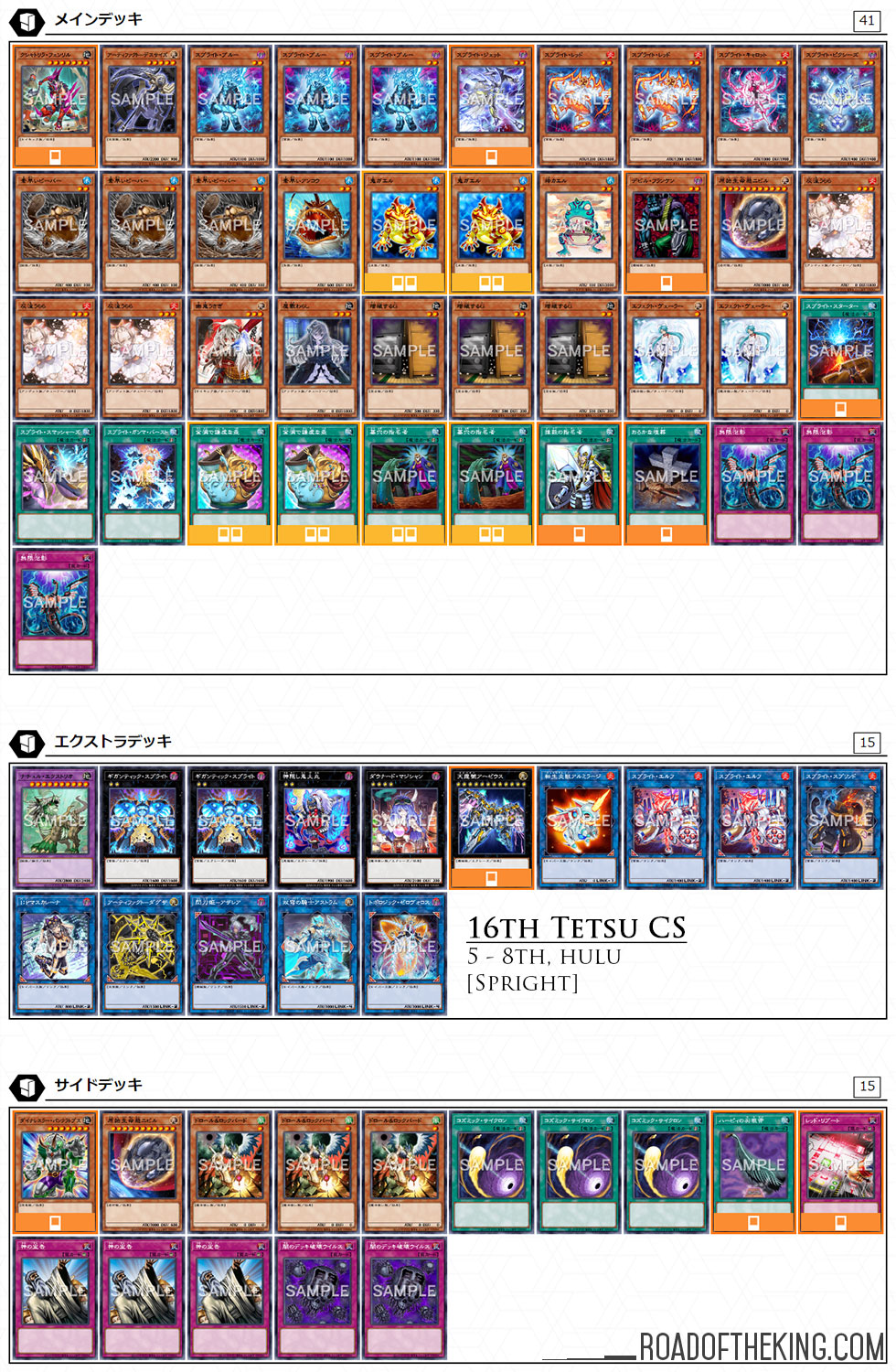 While King of the Swamp is in hand, it could be discarded to add Polymerization from deck to hand. Polymerization could then be played to Fusion Summon Guardian Chimera to destroy cards on opponent’s field. 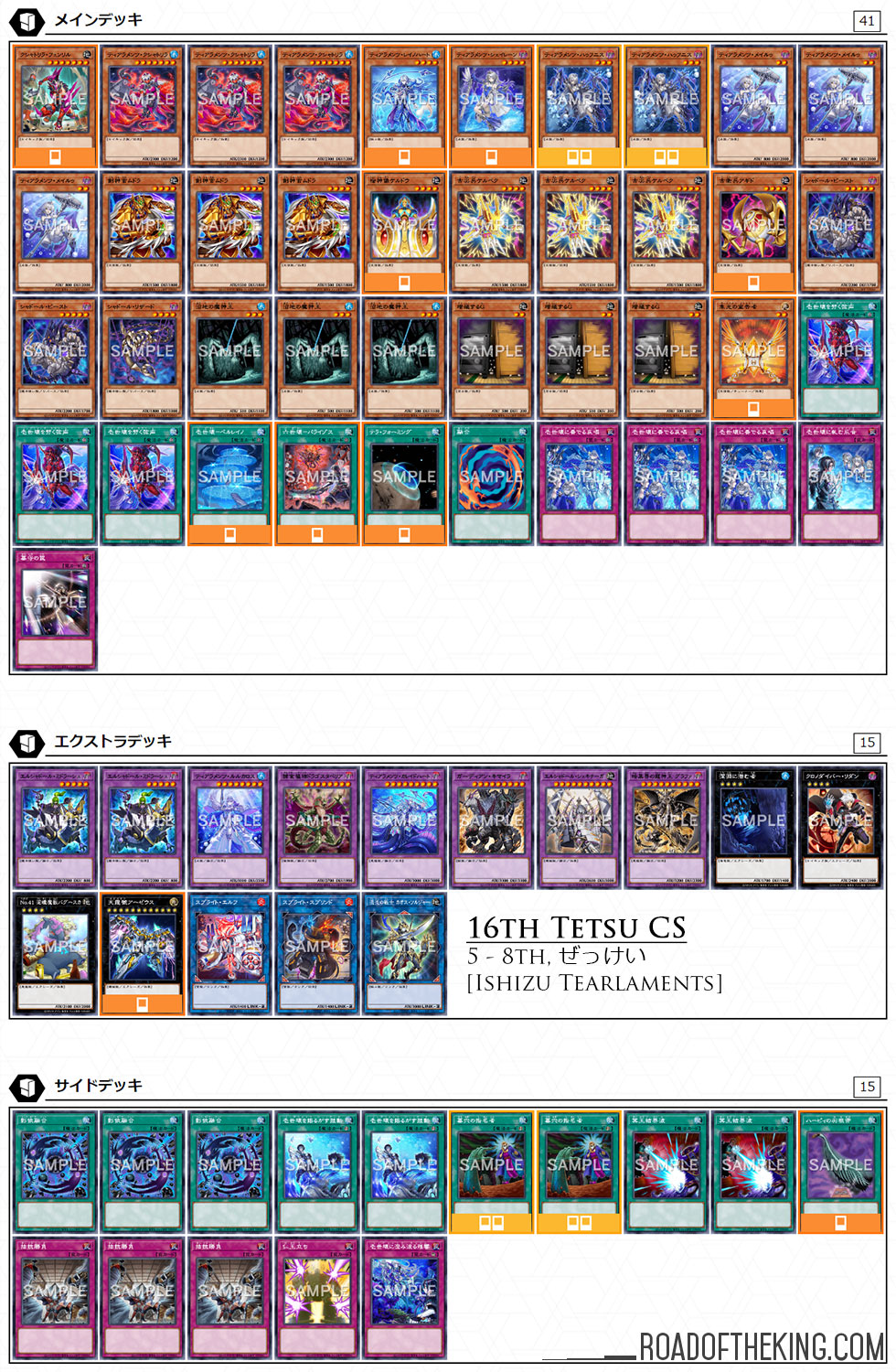 The OCG 2023.01 Limit Regulation dealt a heavy blow to both Tearlaments and Kashtira, resulting in a reset of the metagame. In the new slower format, Spright Tri-Brigade stands above the rest and is the only deck that has been able to consistently make the top cut across various tournaments. Labrynth, Spright and Tearlaments are only marginally above the rest and it is yet to see if they could retain their position over the next few weeks.

The top decks in the format are also lacking in Spell/Trap negation, resulting in Evenly Matched seeing heavy play in the Side Deck as a powerful board wipe when going second. As a countermeasure, Solemn Judgment is ran in the Side Deck, and will be boarded in when going first to stop the opponent’s board wipes.