This report will cover 67 top-performing decks from 8 tournaments that were held in Japan and Taiwan during 3 – 4 June 2017. 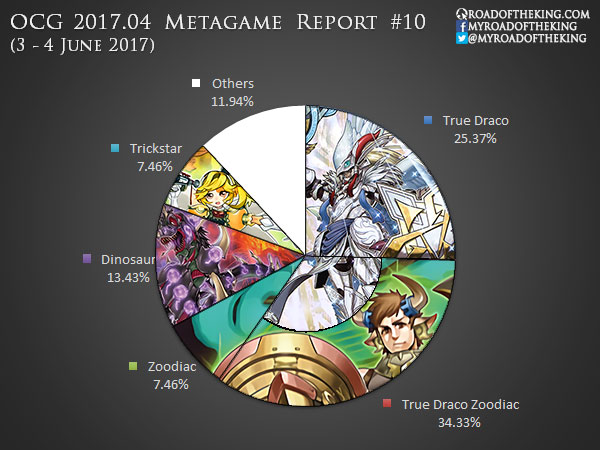 The rebound of True King Yang Zing Dinosaur made it necessarily to pack the full 3 copies of Skull Meister as well as additional Different Dimension Ground or Macro Cosmos in the Side Deck. 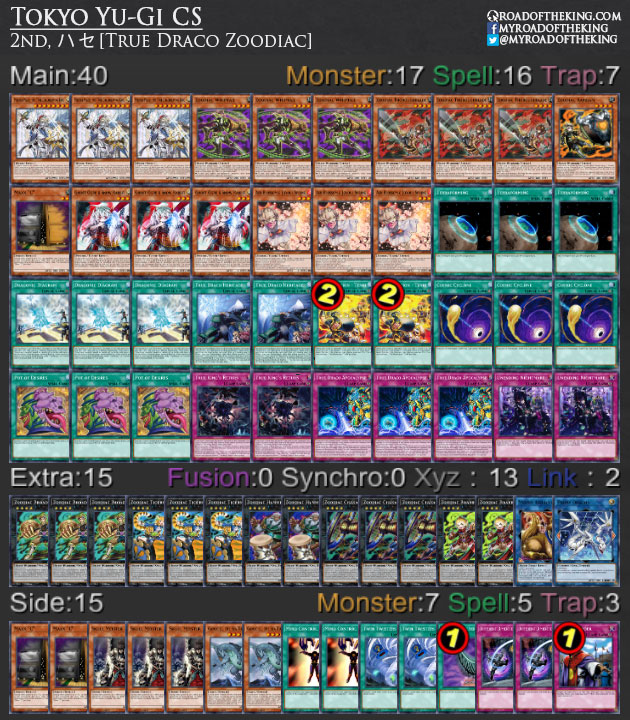 The list for Demise True Draco has been largely optimised and there are only very minor variations among them.

The Extra Deck is rarely utilised so most players tend to fill it up with random irrelevant cards. 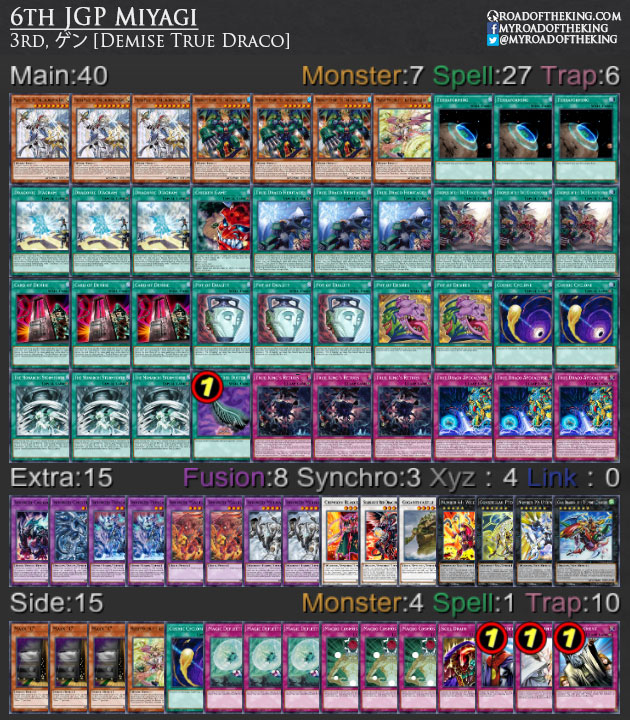 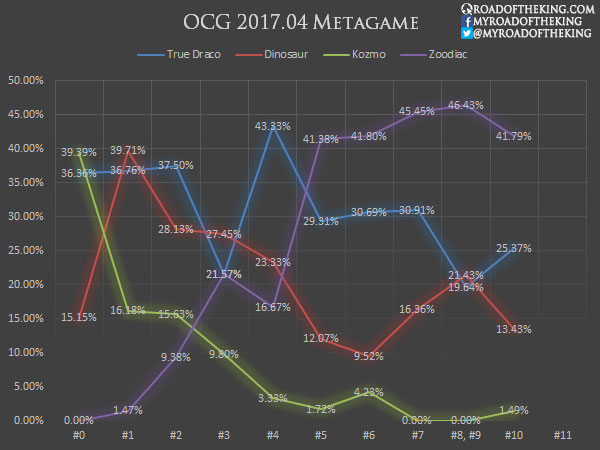 There are a little more rogue decks which are not running Dragonic Diagram performing well this week.