This report will tabulate 67 decks from 16 store tournaments held in China and South Korea during 30 April – 5 May 2020. 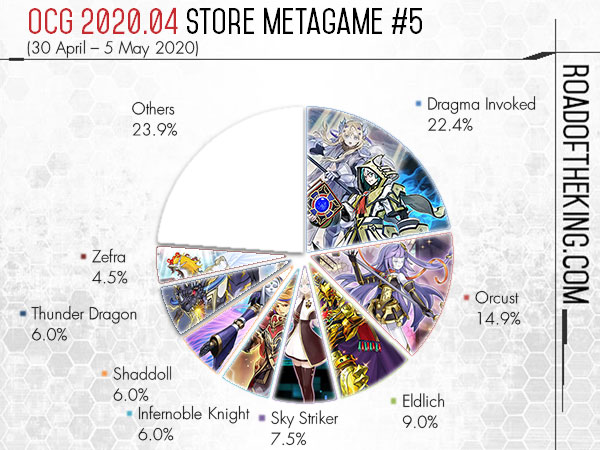 The main form of disruption that Dogmatika Invoked has are against monsters. Dogmatika Fleurdelis, the Knighted negates the effect of a face-up monster, while El Shaddoll Winda restricts Special Summons. Although Invoked Mechaba could negate a Spell/Trap Card or monster effect, but as the deck runs very little Trap cards, so it is very unlikely for Invoked Mechaba to be able to negate Trap Cards.

This makes Trap Cards such Evenly Matched a reasonable answer against Dogmatika Invoked. Evenly Matched is also useful against Eldlich and Sky Striker.

To compensate for the weakness against Trap cards, Dogmatika Invoked could side in Solemn Judgment. 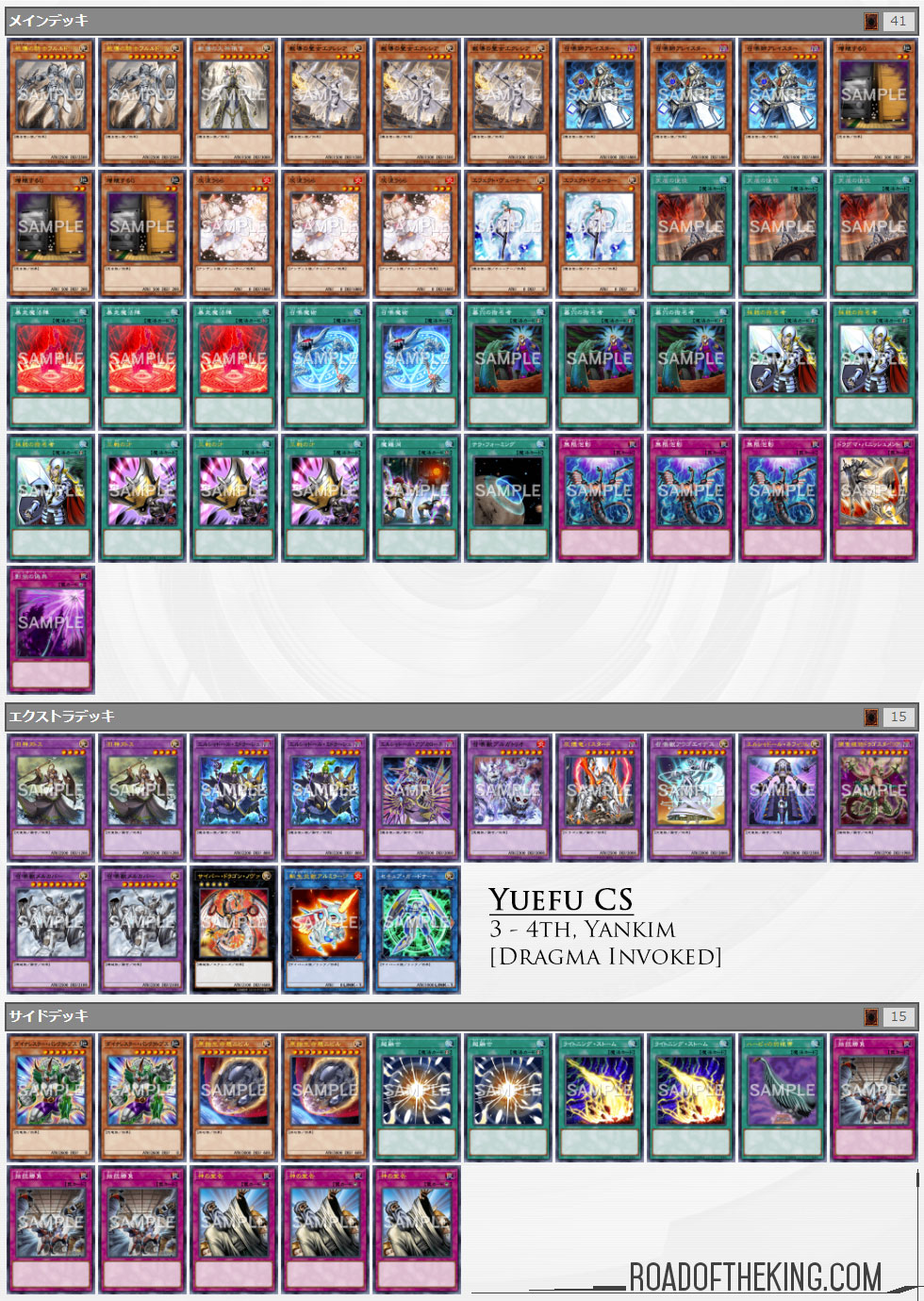 Iverukana went 6-0-1 and finished 1st in “Yunnan Yu-Gi-Oh! 1 May Brother Yuanfei Ranking Tournament” which had 34 participants.

Nadir Servant adds a Dogmatika monster or Fallen of Albaz from either the deck or graveyard, making it vulnerable to both Ash Blossom & Joyous Spring and Ghost Belle & Haunted Mansion.

However, Dogmatika Invoked would Fusion Summon Invoked Mechaba first before playing Nadir Servant, so it is very unlikely that Ghost Belle & Haunted Mansion could be used against Nadir Servant. Magical Meltdown would also prevent the activation of Invocation and Shaddoll Schism from being negated. Against Dogmatika Invoked, the usage of Ghost Belle & Haunted Mansion is still rather narrow. 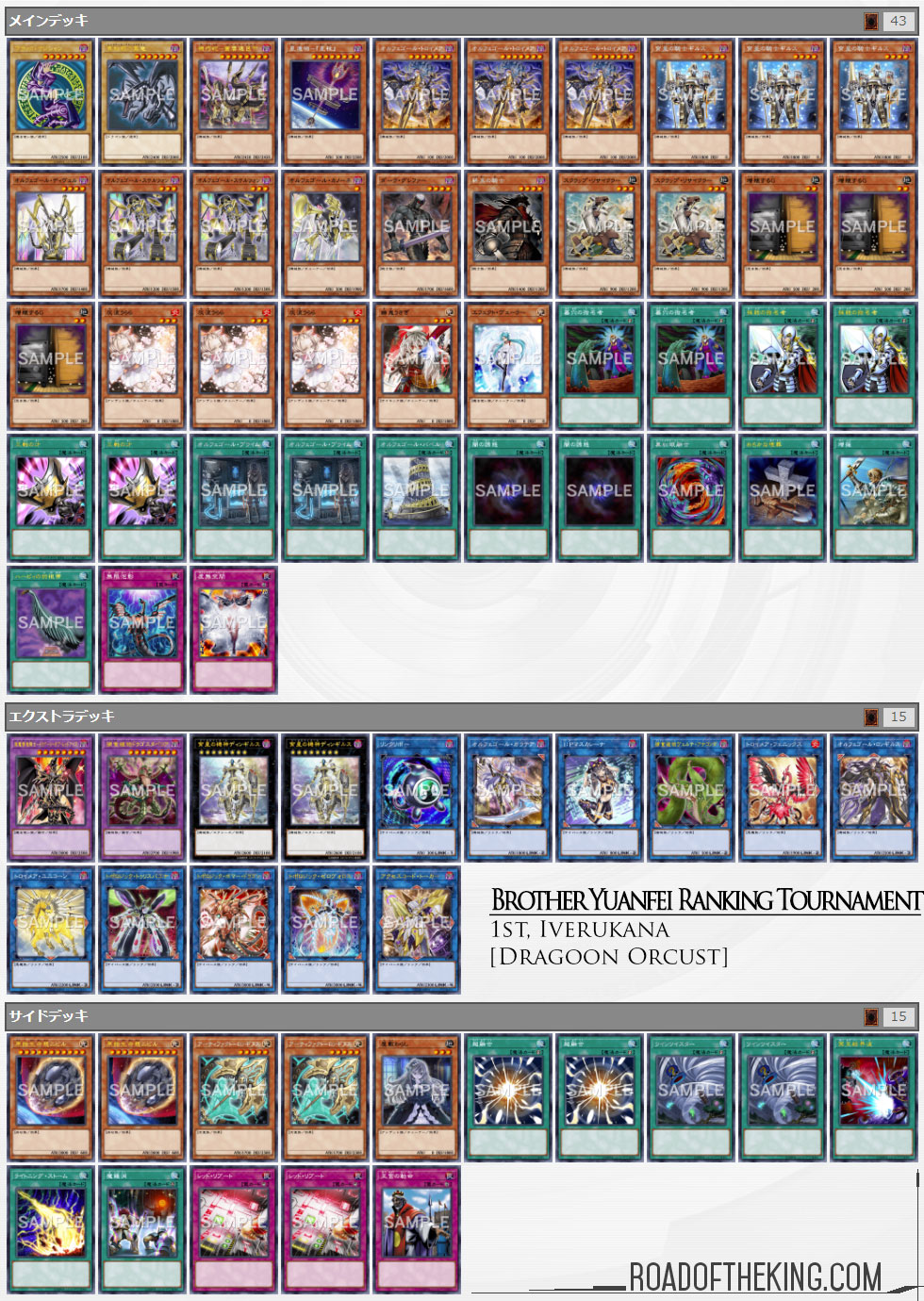 Infernoble Knight is a sub-theme of the Noble Knight, and the new cards from Rise of the Duelist has propelled it to top contender status.

Infernoble Knight has a weaker setup compared to other Combo decks such as Adamacipator and 3-Axis Synchro, but having Smoke Grenade of the Thief to look at the opponent’s hand and discard a card allows you to plan your disruption more efficiently to play around the opponent’s strategy.

His build is very well optimized by focusing on just the core combo and having enough extenders to play through the opponent’s ‘hand traps’. He has written a tournament report covering his card choices: 我也叫伊索德——焰圣骑士夺冠战报与卡组浅谈. 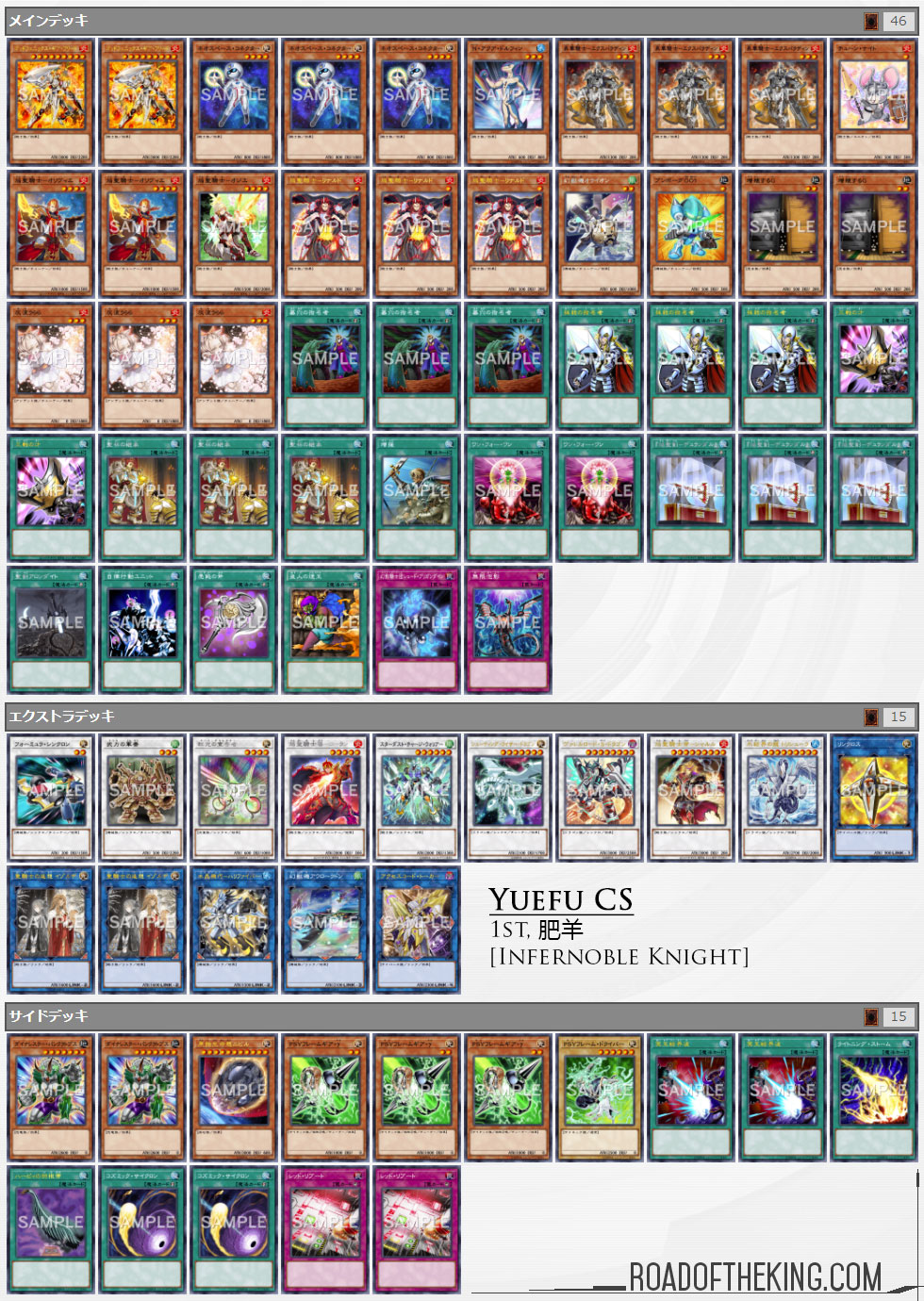 Dogmatika Invoked and Dragoon Orcust are the current top two decks, a battle of LIGHT against DARK.