Into the LINK VRAINS.

This report will cover 32 top-performing decks from 7 tournaments that were held in Japan and Indonesia during 25 – 28 November 2017. 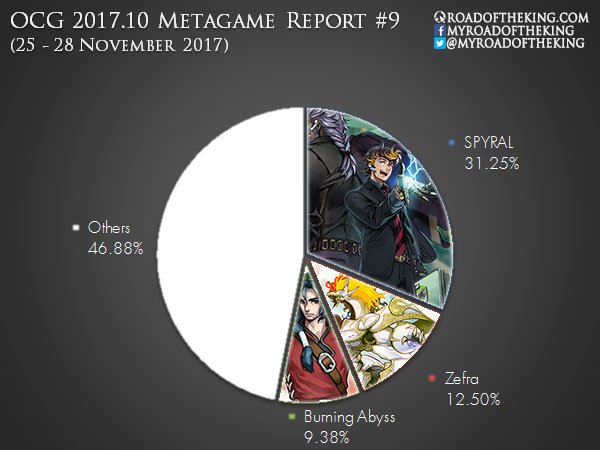 SPYRAL is still holding onto the lead, but they no longer have a strong dominance over the competitive scene.

Most of the SPYRAL decks are still running the same build, and are not prepared against the upcoming metagame shift. 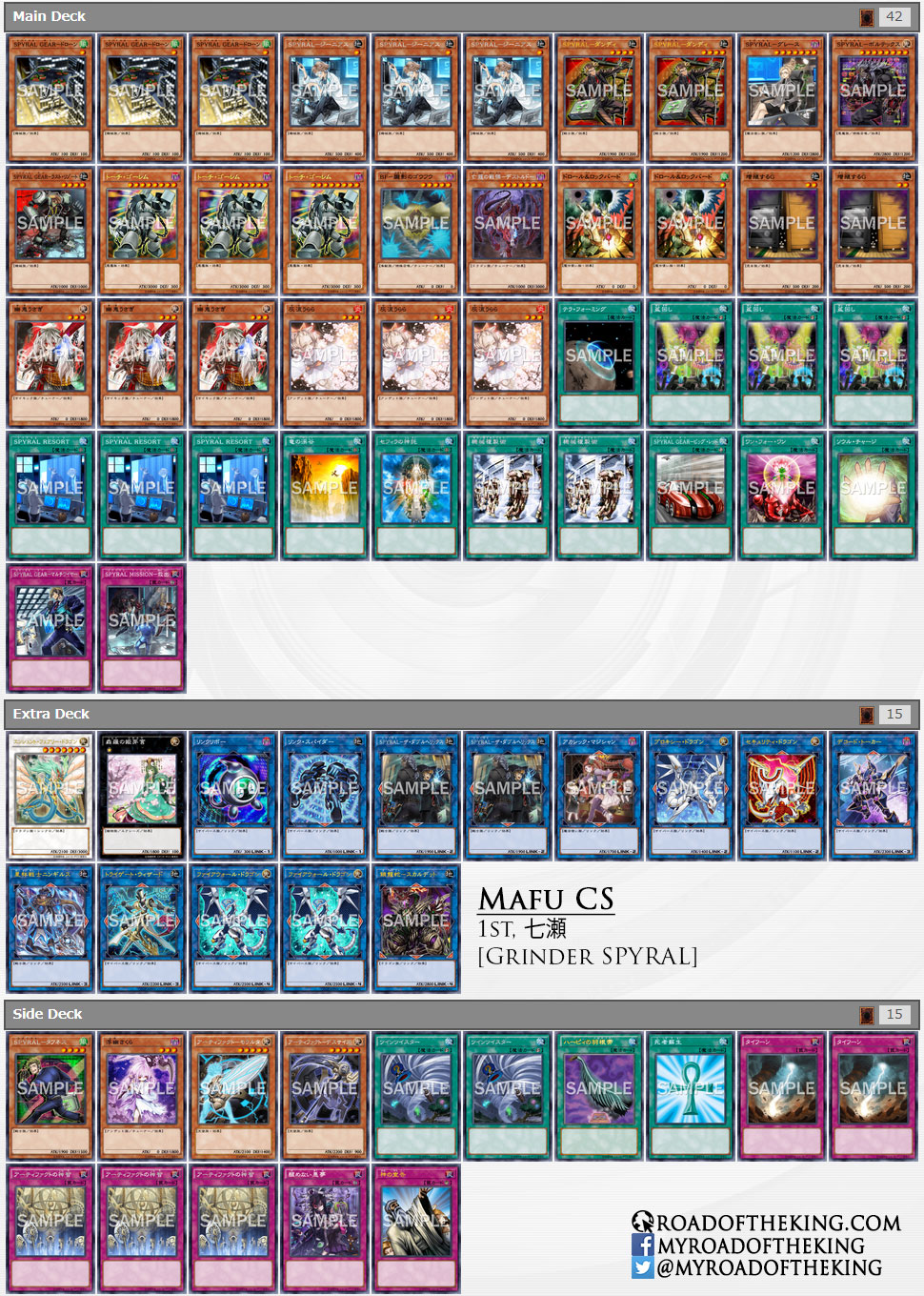 (This portion was revised to reflect a more accurate playstyle for Zefra.)

While the old Zefra playstyle is reliant on Draconnet to bring out Denglong, First of the Yang Zing, the new Zefra playstyle uses Heavymetalfoes Electrumite and Crystron Halqifibrax.

On the opponent’s turn, Crystron Halqifibrax‘s effect can be used to Special Summon T.G. Wonder Magician to destroy the opponent’s Spell/Trap Card such as SPYRAL Resort or SPYRAL Gear – Big Red. When Nine Pillars negates an opponent’s card or effect activation and destroys Denglong, Denglong would then Special Summon Zefraxi. Wonder Magician’s effect could then be used to perform a Synchro Summon on the opponent’s turn, using itself and Zefraxi to bring out Baxia, Brightness of the Yang Zing. Baxia could then shuffle 1 card on the field back into the deck. 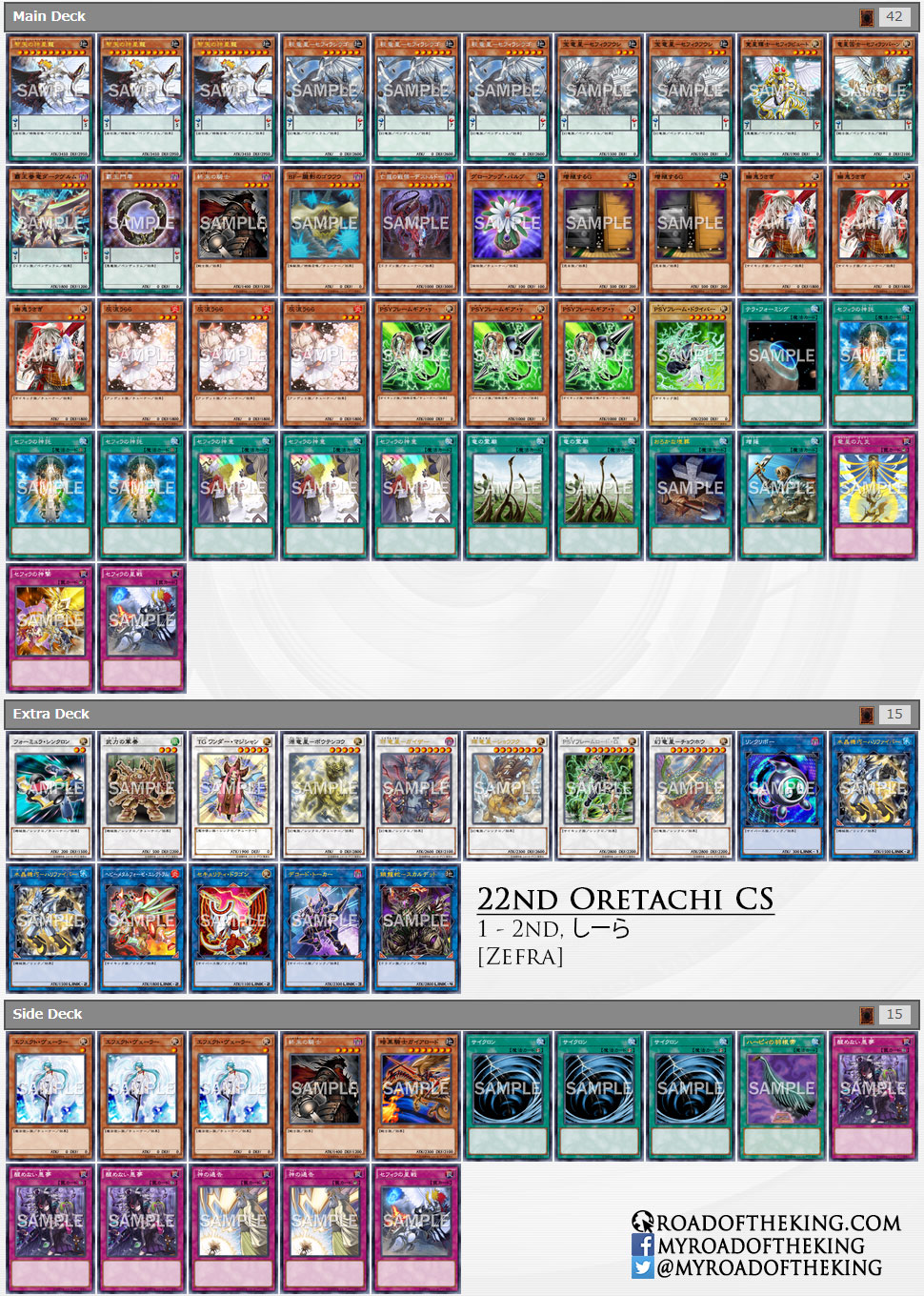 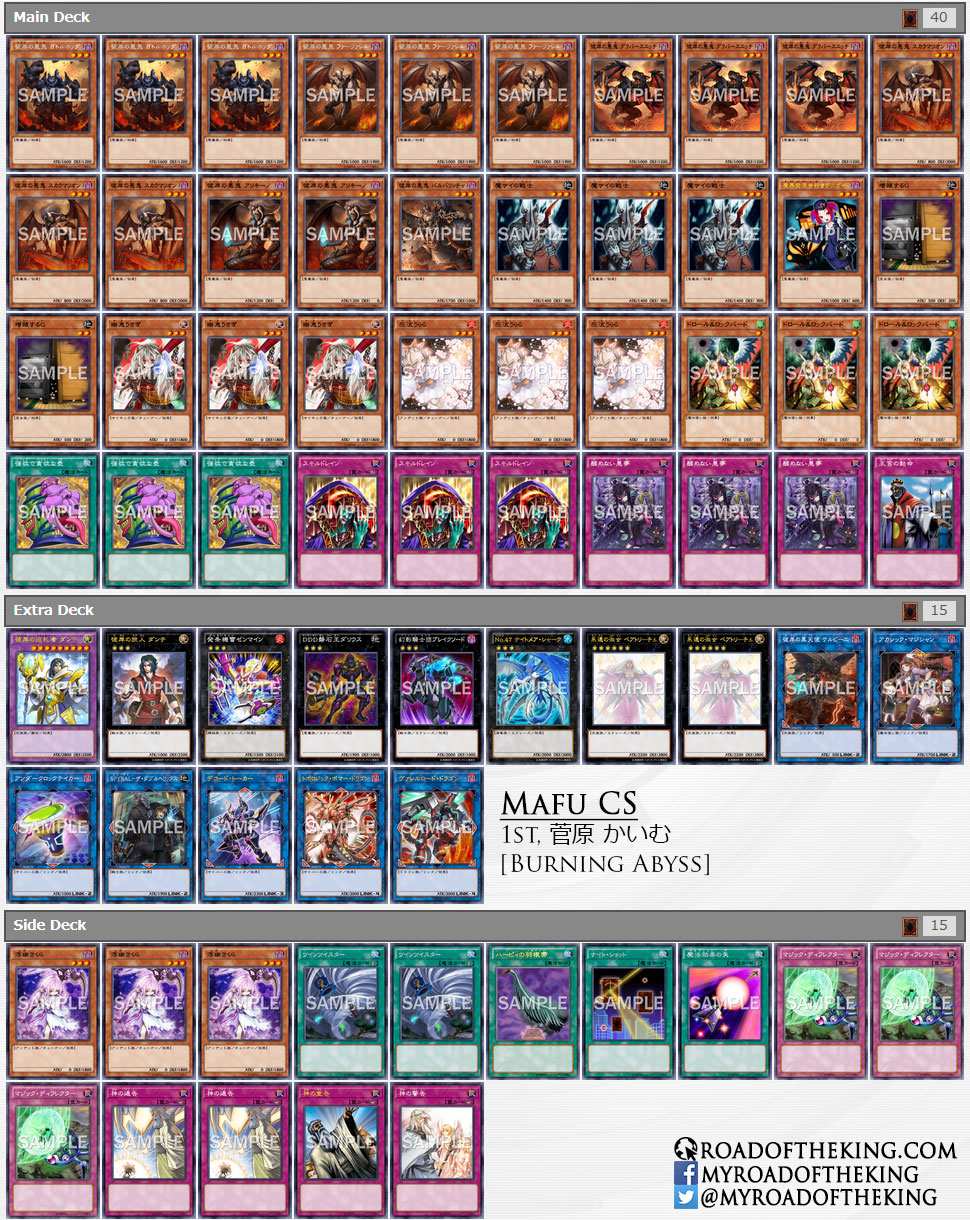 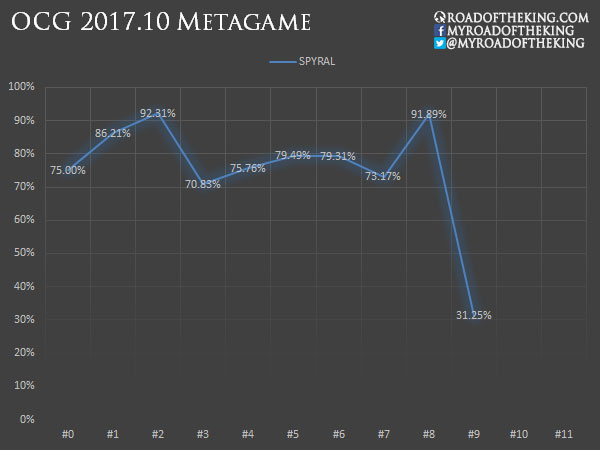 The release of LINK VRAINS PACK saw a lot of players switching away from SPYRAL to try out various decks revitalised by the new Link Monsters.

Across the board, the tournaments in this week’s report have a relatively lower participant count, so the margin of error is wider.