Due to the current situation, the original criteria that the metagame reports had of only including tournaments with 30 or more participants is no longer feasible. The store metagame report takes a different approach by lowering the requirement to 16 or more participants. With a lower participant count and lesser rounds being played, we would expect to see a larger variance in top decks, in particular more random one-off rogue decks. But decks with multiple tops would still be a good gauge of the current metagame. 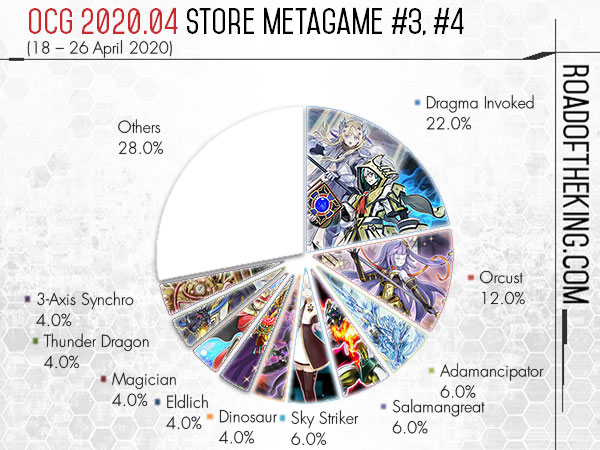 Dogmatika is a new theme from Rise of the Duelist and it has already taken over the metagame.

Dogmatika Invoked can consistently setup a board of Invoked Mechaba and El Shaddoll Winda, backed with Dogmatika Fleurdelis, the Knighted and/or Dogmatika Punishment. A more detailed explanation can be found in the Dogmatika Invoked article.

Now that Dogmatika Invoked is most popular deck, not only is there a high chance of playing a mirror match, non-Dogmatika decks are also running counters such as Elder Entity N’tss in their Extra Deck. This results in Dogmatika Maximus becoming undesirable and we see quite some Dogmatika players are opting to run only 1 copy. 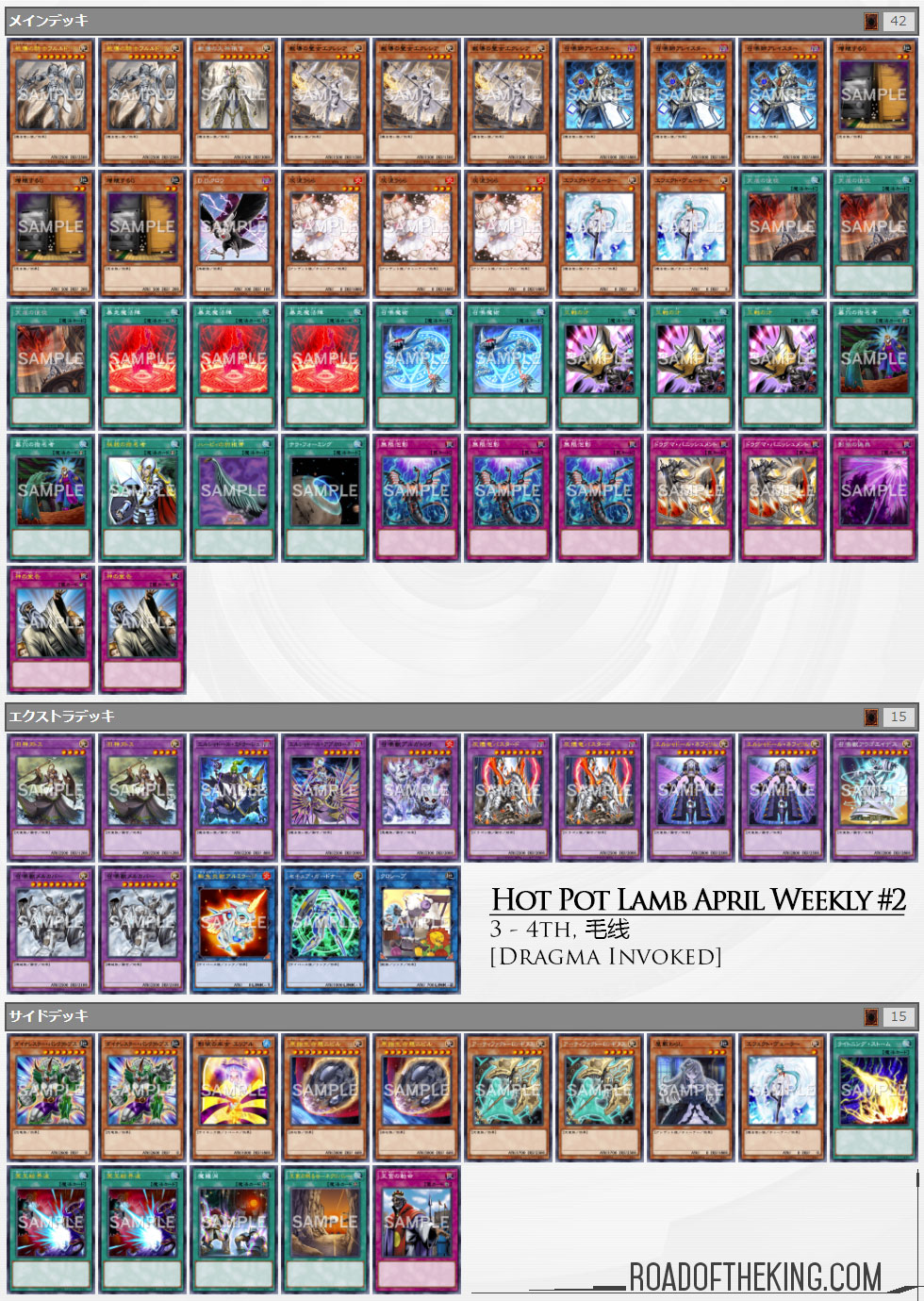 Rise of the Duelist has released quite a number of new cards with non-targeting effects, namely Dogmatika Fleurdelis, the Knighted, Triple Tactics Talents and Shaddoll Schism. As many decks now have an answer to Red-Eyes Dark Dragoon, Orcust could no longer rely on just Dragoon to carry them.

He ran Elder Entity N’tss and Cyber Dragon Nova in the Extra Deck against Dogmatika.

When the opponent activates Dogmatika Maximus ① effect, he would choose to send Elder Entity N’tss and Cyber Dragon Nova from the Extra Deck to the graveyard. Elder Entity N’tss would destroy 1 of opponent’s card on the field, while Cyber Dragon Nova would Special Summon Invoked Mechaba from the Extra Deck. A very punishing tech to discourage the Dogmatika player from using Dogmatika Maximus. 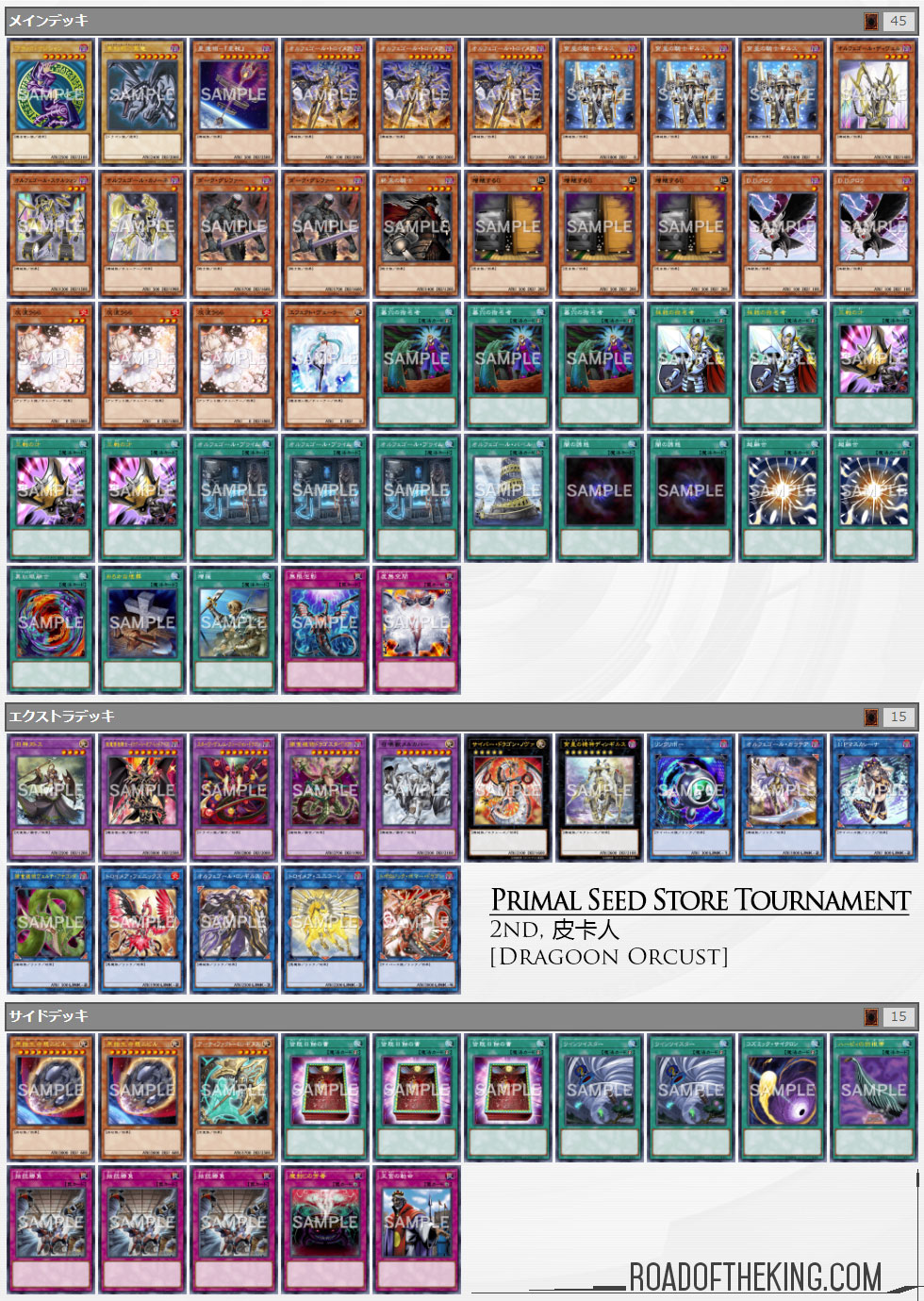 Shortly after the release of Rise of the Duelist, Dogmatika Invoked has quickly rose to the top and is now the deck to beat. Most of the Orcust tops were from Week #3, and they have mostly disappeared in Week #4. 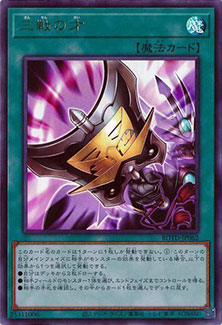 Triple Tactics Talents was initially heavily hyped on its reveal, and after some playtesting, many players have found that it lived up to its hype.

After being impressed by the power and versatility of Triple Tactics Talents, some players have up it to the full 3 copies in the Main Deck. If Combo decks are not disrupted during their setup, then their end board would often be too difficult to break. Modern beatdown decks such as Orcust, Salamangreat, Thunder Dragon have a setup that if not disrupted, could quickly snowball into overwhelming card advantage. This results in many decks having to run multiple ‘hand traps’ in their builds to disrupt these setup plays, making Triple Tactics Talents very unlikely to brick in the current OCG metagame.