This report will cover 44 top-performing decks from 6 tournaments that were held in Japan during 22 – 25 February 2020. 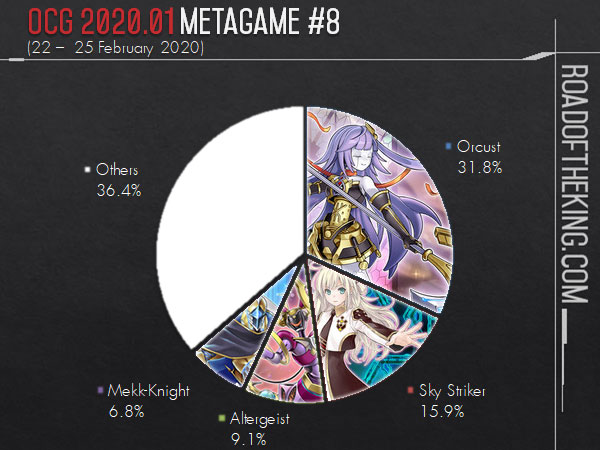 With the rising popularity of Dragoon being splashed in many different decks, he ran 2 Super Polymerization and 1 Radian, the Multidimensional Kaiju in his Side Deck as answers to Red-Eyes Dark Dragoon. 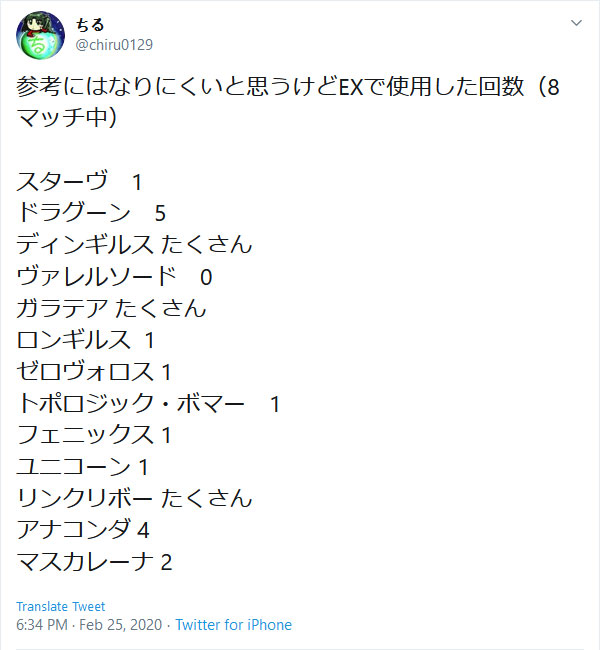 It is intriguing to note how much more often Predaplant Verte Anaconda was summoned over I:P Masquerena, showing that Red-Eyes Dark Dragoon has been winning more games for him compared to the Topologic Link Monsters. 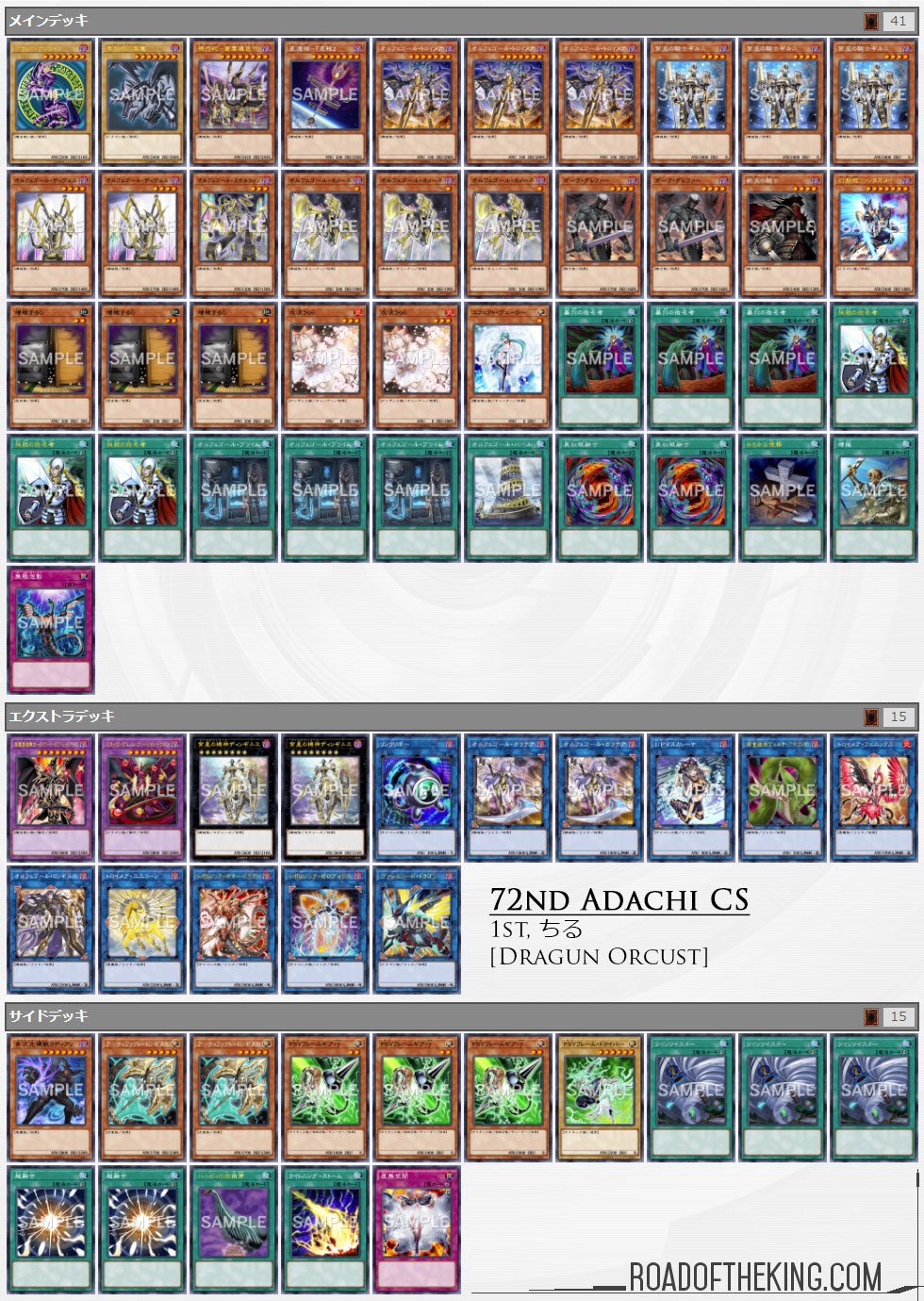 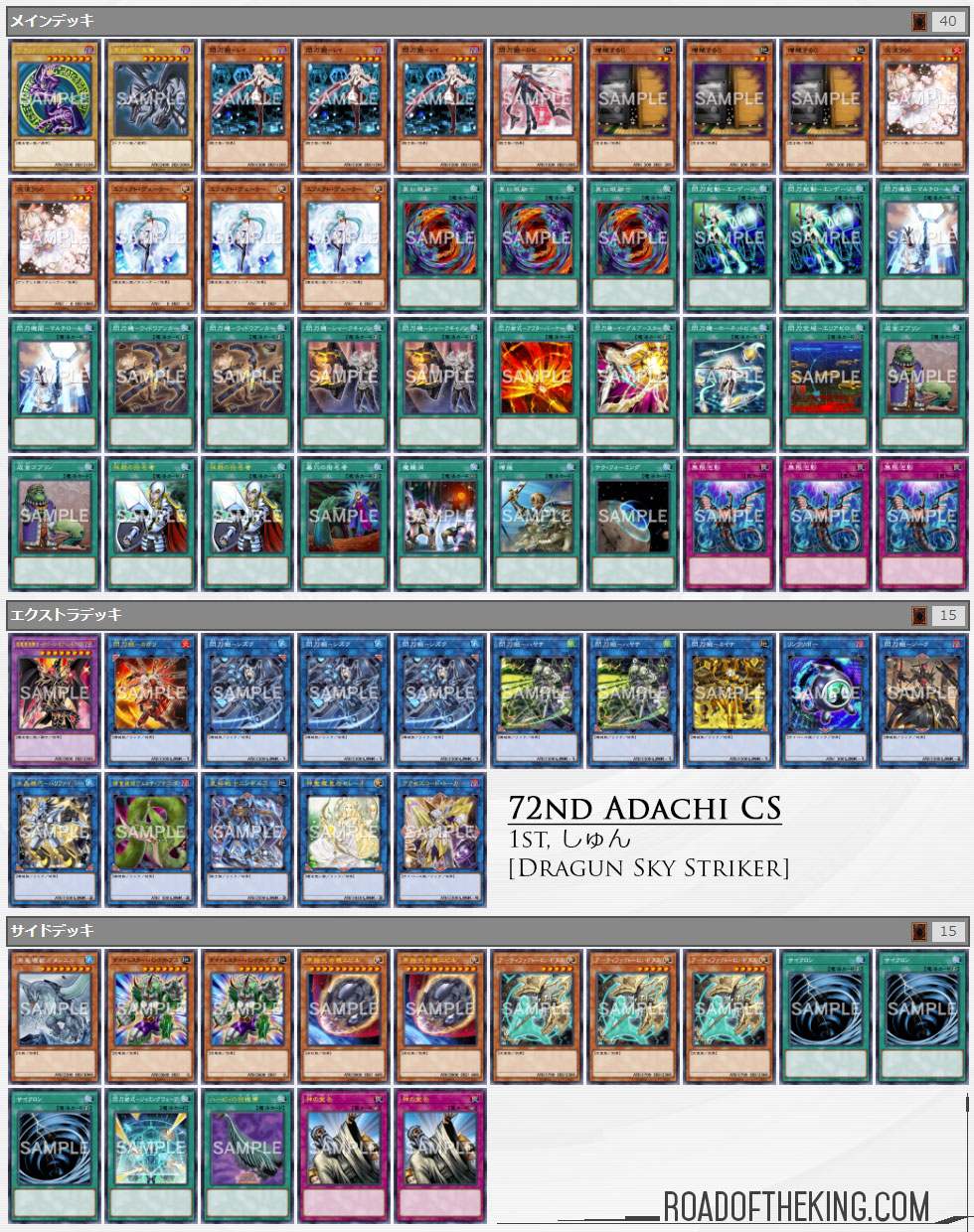 In the past few weeks, Solemn Judgment was briefly dropped by quite a few Altergeist builds, with some opting to run them in the Side Deck instead. However, with the increasing amount of Altergeist and Sky Striker, Solemn Judgment plays a very pivotal role in the backrow control match. 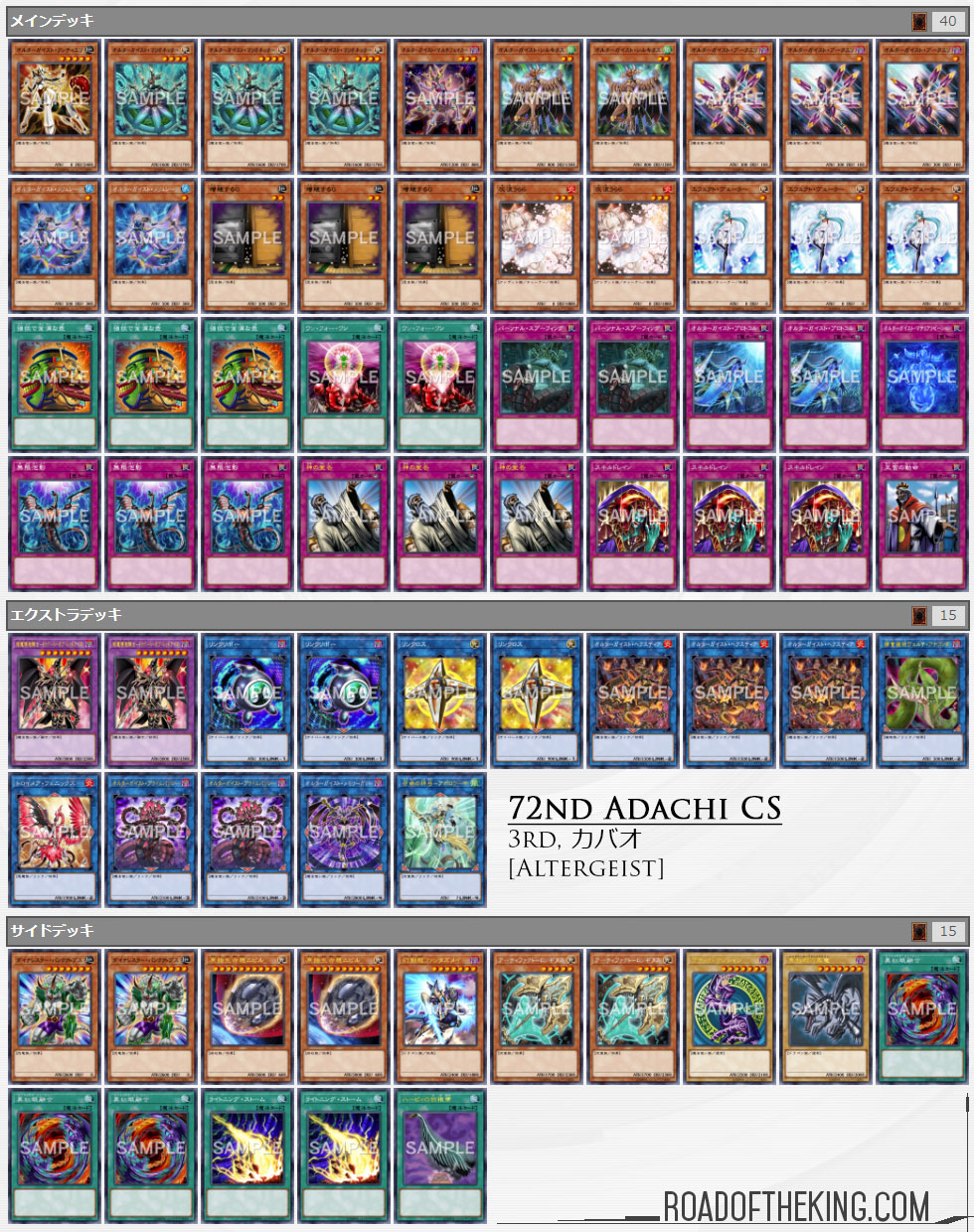 As the OCG 2020.01 format head towards the end of the format, Orcust takes a dominating lead. In an interesting twist, even Sky Striker has incorporated Dragoon into their build.

Chiru’s keeping track of cards playing frequency is a good method to evaluate your card choices. Card that are frequently being played during games meant that they are relevant in many gameplay situations and are effective against the metagame. Conversely, if there is a card that you find it rarely useful to play out then perhaps it is not suitable for the current metagame.

This method is not restricted to just the Extra Deck, and can be extended to the Main Deck or Side Deck. It could be taken a step further by also tracking down whether the cards are better when going first or going second. This would be quite helpful in Side Decking when you have the choice to decide to go first or second.