This report will cover 72 top-performing decks from 11 tournaments that were held in Japan, Korea and Vietnam during 1 – 16 February 2020. 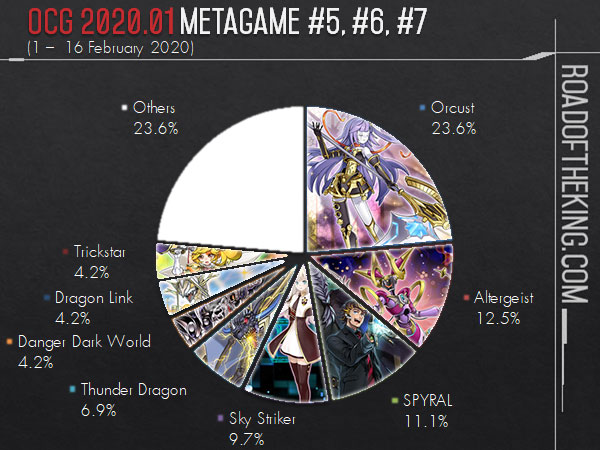 He ran a Dragoon package in the Main Deck, giving him the option to open with Red-Eyes Dark Dragoon.

As opening with Dragoon would frequently end without an Orcust Link Monster, but would have to rely on Orcust Cymbal Skeleton‘s graveyard effect to Special Summon Galatea, the Orcust Automaton, he decided to drop Orcust Crescendo all together. 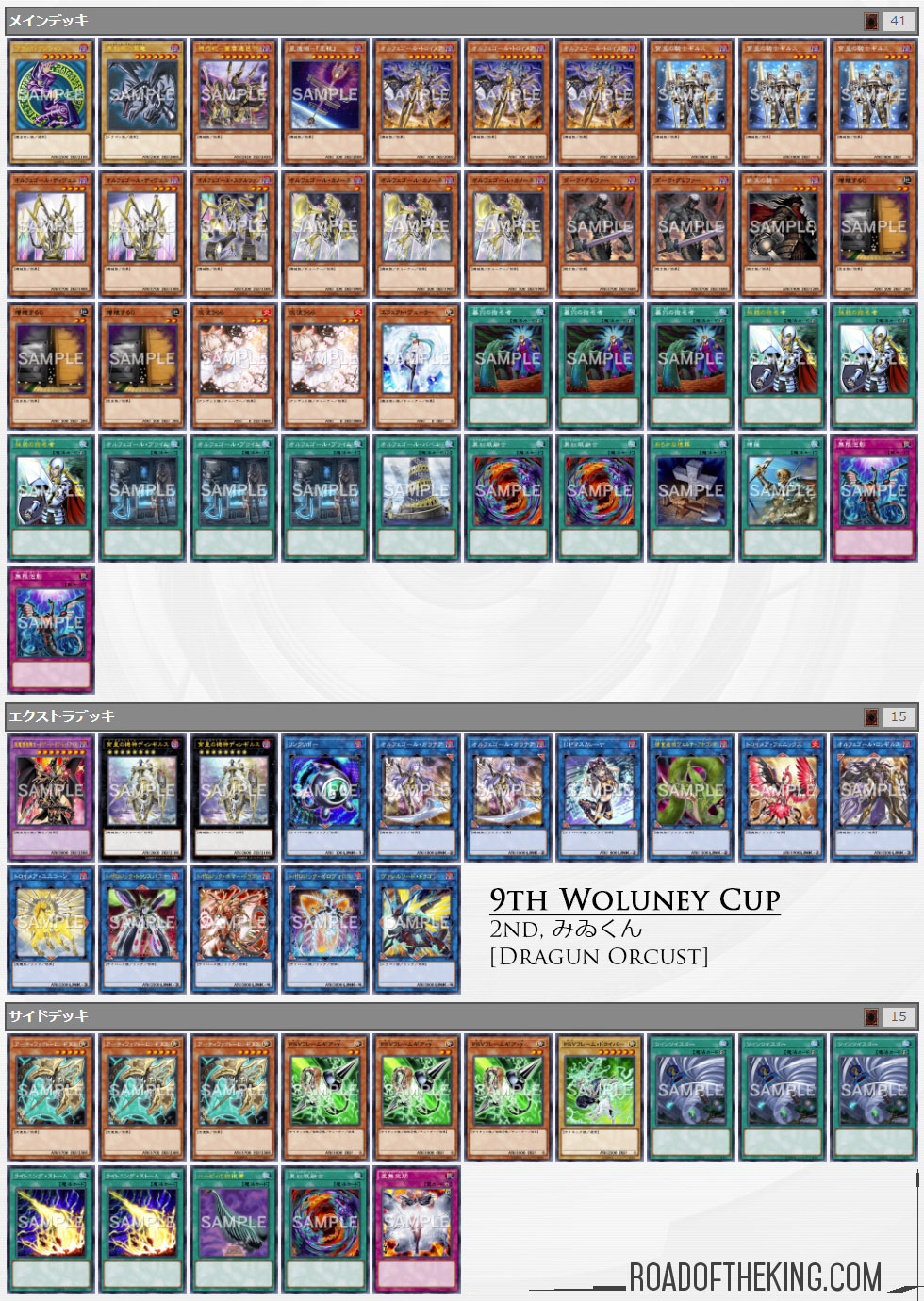 He ran a Dragoon package in his Side Deck, a trend started by GenGen and Kosaka Kouki “魔鏡” (2019 World Champion) at the start of February.

As the opponent would be bringing in more Spell/Trap removals from the Side Deck against Altergeist, Red-Eyes Dark Dragoon would catch them by surprise and could steal a game when they have no answer to it. 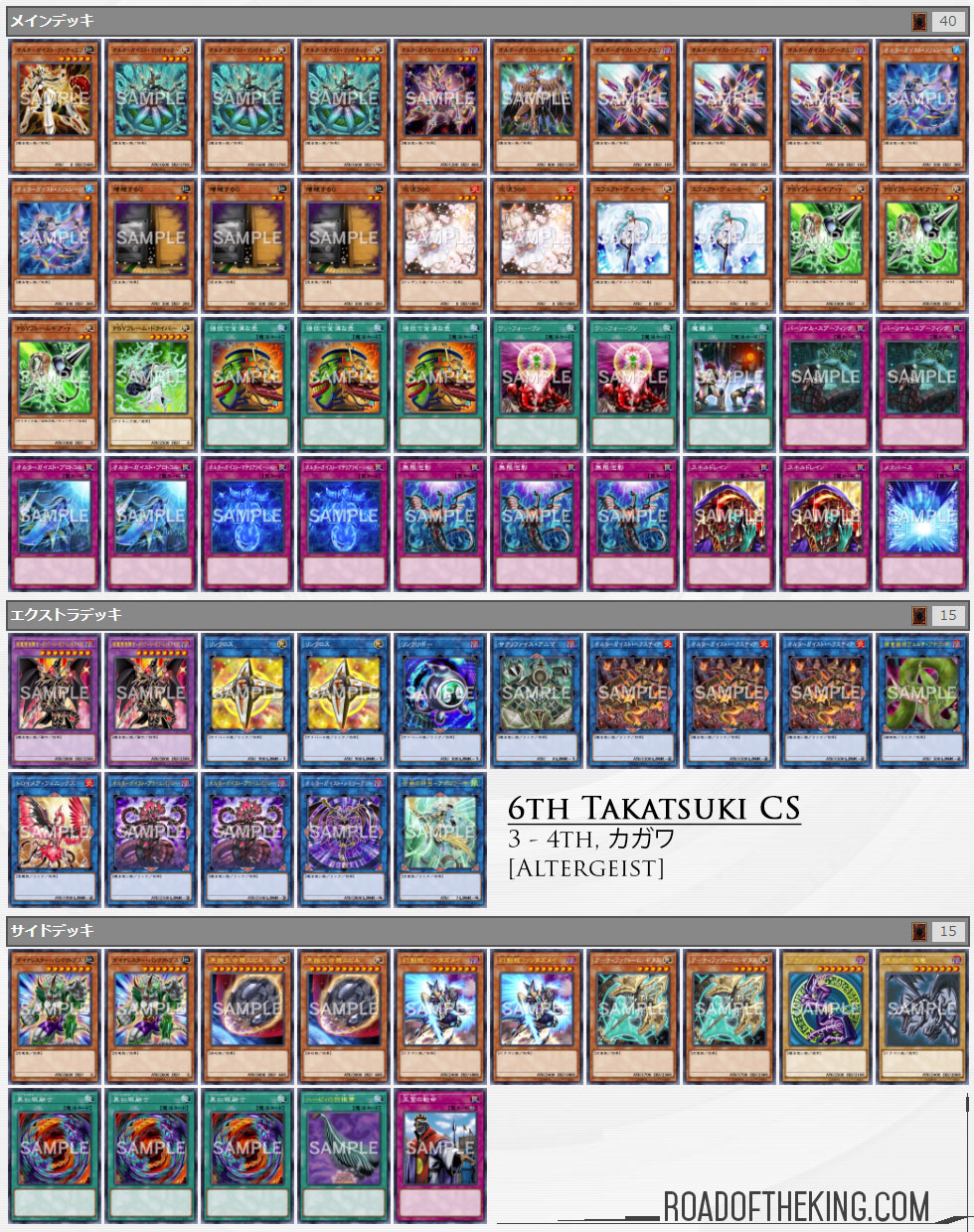 He ran a Dragoon package in the Main Deck, giving him the option to threaten with Red-Eyes Dark Dragoon on top of his SPYRAL opening.

Against a combo deck like SPYRAL, the opponent would have to use ‘hand traps’ to disrupt the SPYRAL combo from succeeding. Without Maxx “C”, using multiple ‘hand traps’ would quickly deplete the opponent’s resources, leaving them unable to answer against Red-Eyes Dark Dragoon. 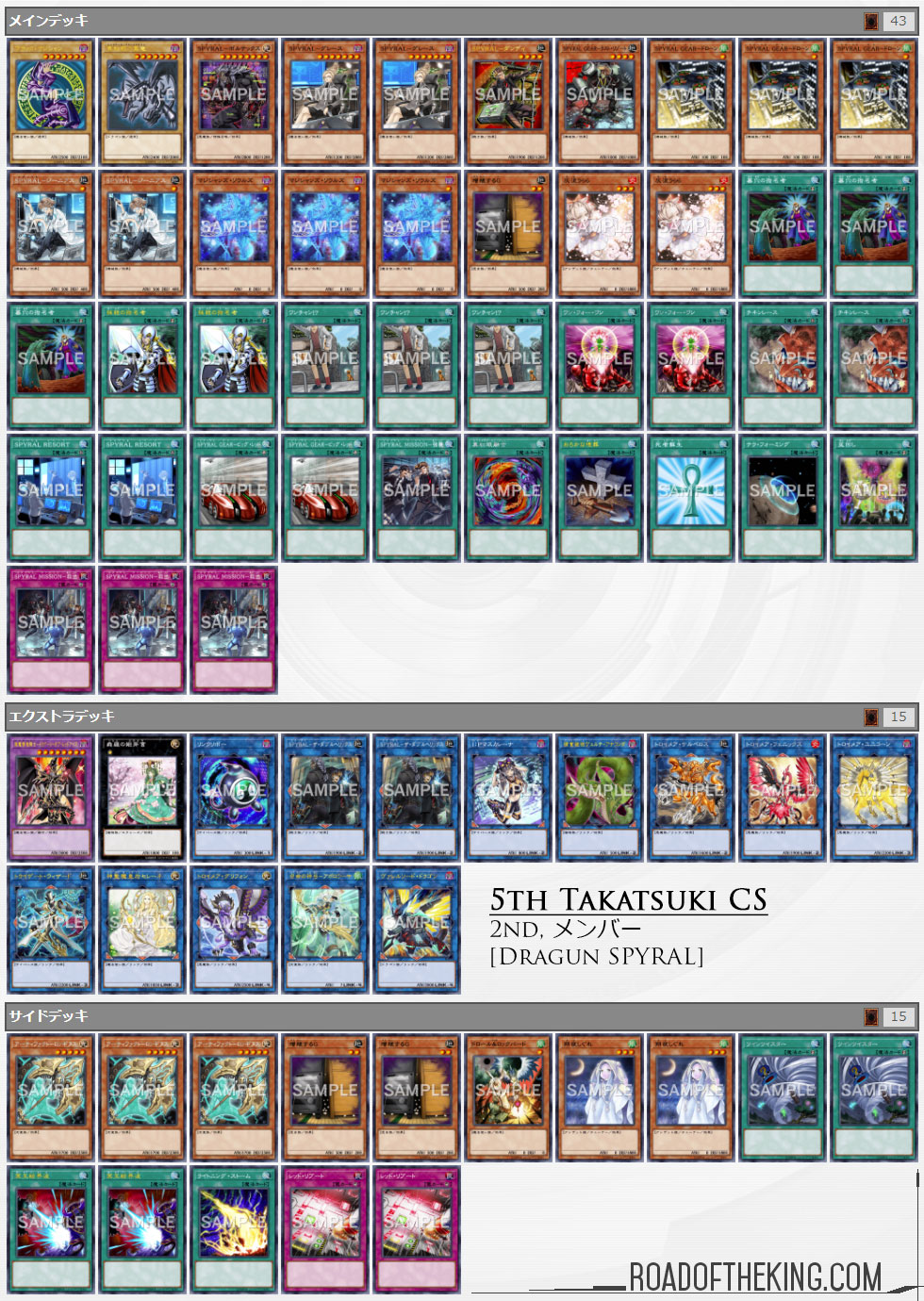 He ran 3 Sky Striker Mecha – Shark Cannon in the Main Deck, whose graveyard banishing effect is very relevant against the graveyard-reliant Orcust.

Progleo is an interesting Link-2 monster that he ran in the Extra Deck. By banishing itself and a monster that it is pointing to, its effect can Special Summon a Link Monster from the graveyard. Progleo could be used to Special Summon Sky Striker Ace – Kagari and in turn retrieve a Sky Striker Spell card. Banishing a monster it points to might seem costly, but when used on the monster taken with Sky Striker Mecha – Widow Anchor it becomes an advantageous removal.

His build is also more focused on Mystic Mine, running Demise of the Land in addition to Metaverse to ensure that he could reach Mystic Mine consistently. 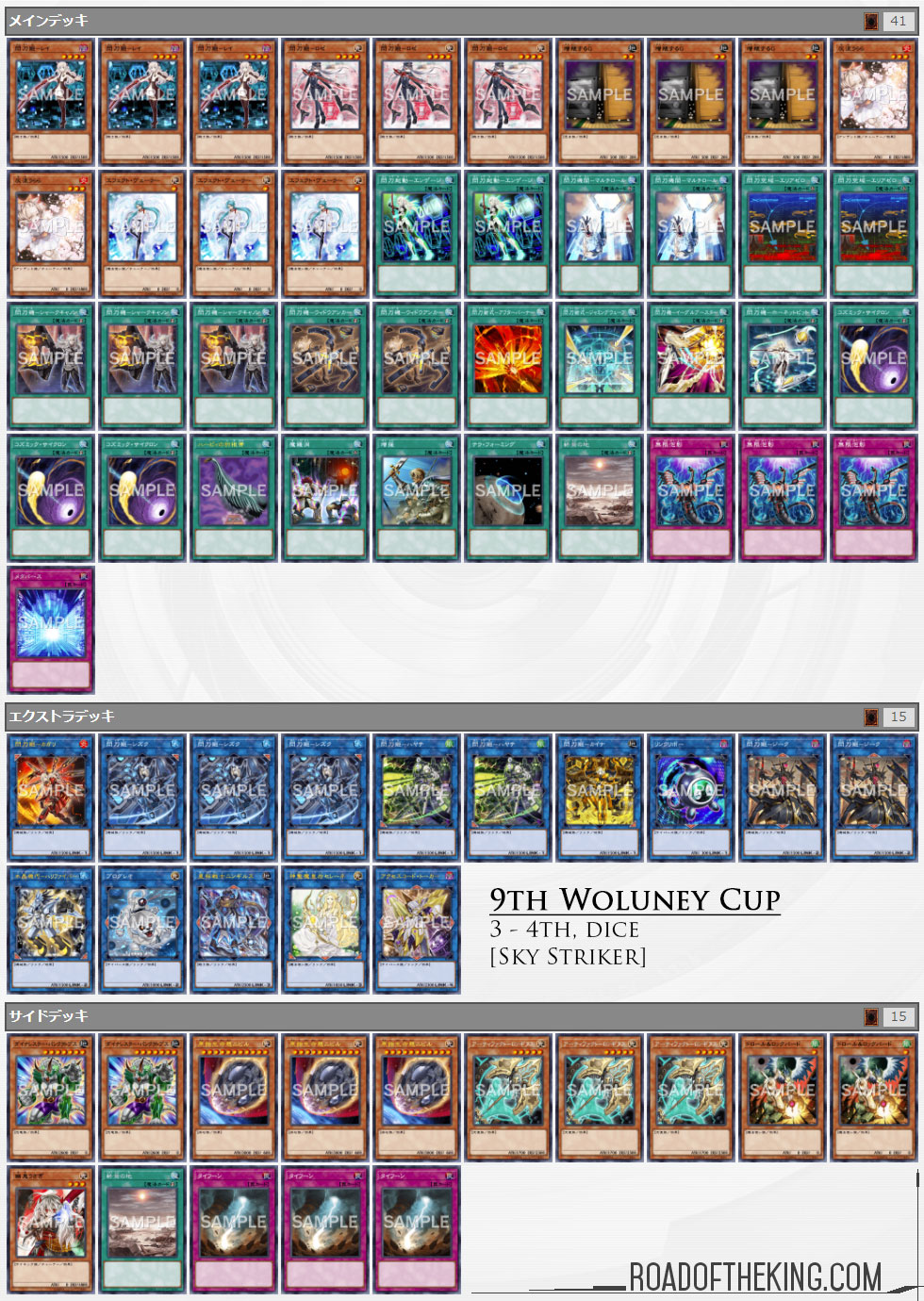 Orcust remains in the lead, with Altergeist, SPYRAL and Sky Striker trailing behind.

While Dragoon deck has declined, Dragoon being splashed in either the Main Deck or Side Deck is gaining popularity.

This becomes a mind game for the opponent as if they side too heavily against the core deck, they might have no answers to Red-Eyes Dark Dragoon. But if they do prepare something against Red-Eyes Dark Dragoon, there is a chance that the whole Dragoon package could have been sided out.

However, running Dragoon does come with the risk of drawing into Normal Monsters and opening with bricks.