ABC has fallen off completely, failing to even make a single top placement this week.

There are much lesser tournaments held this week, likely due to a number of Japanese card shops being closed for Magic: The Gathering’s Grand Prix Chiba 2016.

This report will cover 44 top-performing decks from 6 Japanese tournaments that were held during 26 – 27 November 2016. 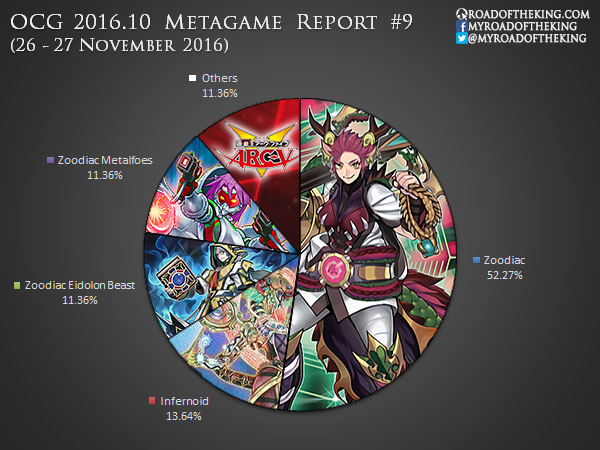 Quite a number of top-placing Zoodiac decks are now running a set of Cosmic Cyclone in the Main Deck, instead of Twin Twisters.

Twin Twisters is rather inefficient at stopping an Elemental Triangle of the Zoodiac when the opponent has no other Spell/Trap cards on the field.

Cosmic Cyclone fares better against Artifact and Metalfoes, and also denies Bewildering Wind and Breakthrough Skill from getting a second use. 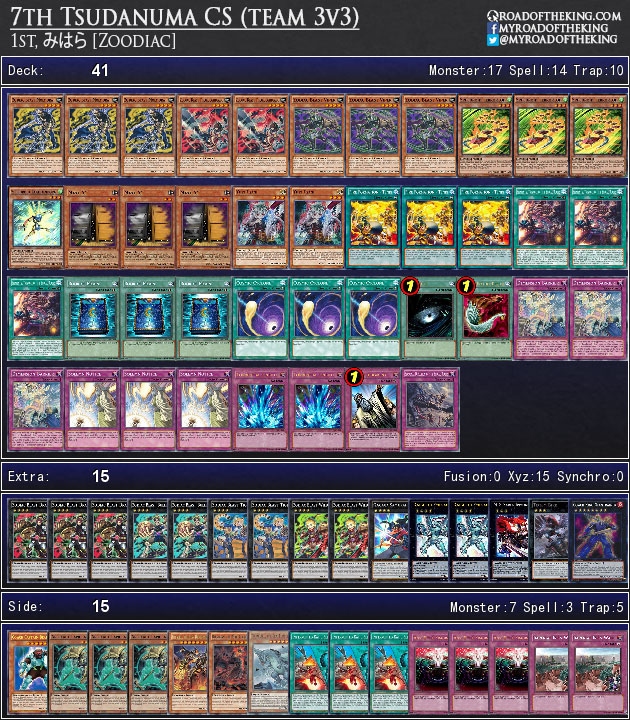 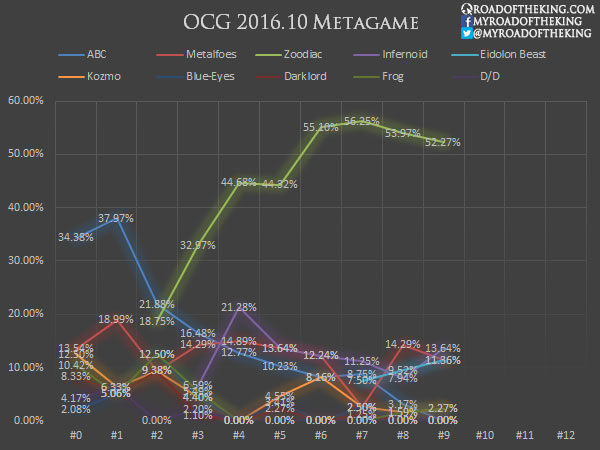 ABC was once the most dominant deck at the start of the OCG 2016.10 format, but they have fallen out of favor. Their demise is acutely reflected by the lack of System Down in recent Side Decks.

With the inclusion of Frightfur Patchwork from Dimension Box Limited Edition, Fluffal is doing quite well in various small local tournaments, but they have yet to place far in the larger tournaments.