There were significantly lesser tournaments held last weekend, causing a rather skewed distribution due to the smaller sample size. Nonetheless, the trend remains largely the same with Zoodiac as the dominant deck.

This report will tabulate 49 top-performing decks from 6 Japanese tournaments that were held during 3 – 6 November 2016. 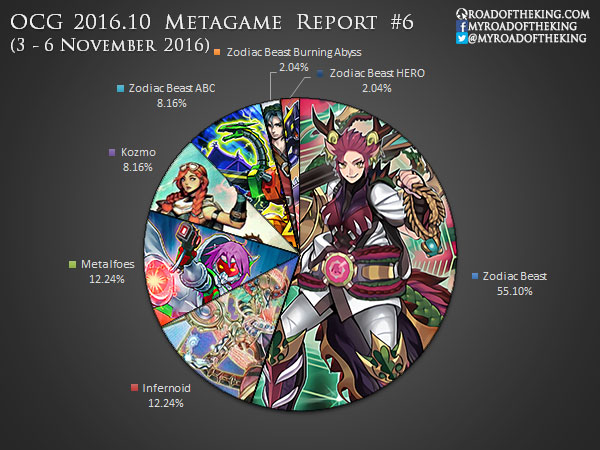 The dominance of Zoodiac in the competitive scene is making many players heavily tech their Main Deck to beat the mirror match.

Kaiju Zoodiac is one variant that is gaining quite some traction this week due to its potential to board wipe and OTK the opponent.

Playing Interrupted Kaiju Slumber will clear the opponent’s monsters, and Special Summon Jizukiru, the Star Destroying Kaiju or Thunder King, the Lightningstrike Kaiju onto your field.

Follow up with the standard Zoodiac combo to add Zoodiac Whiptail to your hand, and Special Summon Zoodiac Drident and Gagaga Samurai.

Use Zoodiac Drident‘s effect to destroy whichever Kaiju monster that was Special Summoned on the opponent’s side by Interrupted Kaiju Slumber, thus allowing all your monsters to direct attack your opponent. 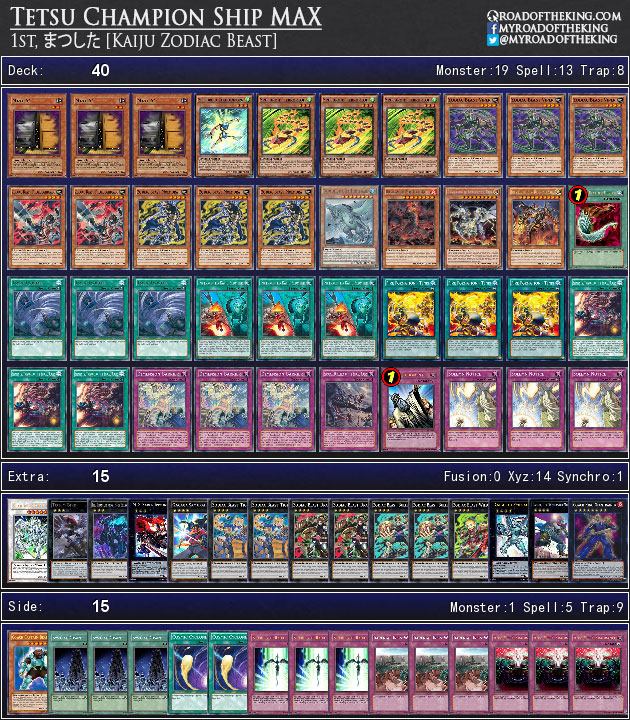 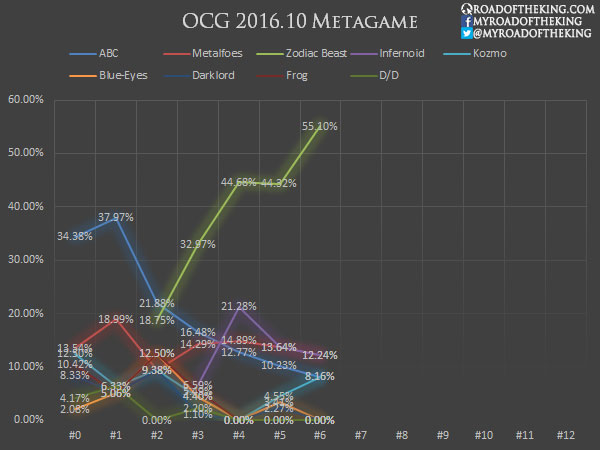 Out of all 49 decks, only 6 decks were not running Zoodiac – 3 Lawnmowing Infernoid, 1 Metalfoes, 1 Fire King Kozmo and 1 Speedroid Kozmo.

Zoodiac has completely taken over the competitive scene.