This report will tabulate 48 top-performing decks from 8 tournaments that were held in Japan, China and Taiwan during 13 – 16 April 2019. 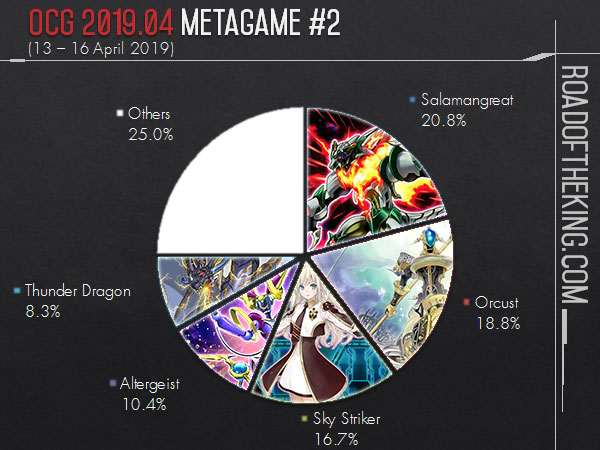 There is yet to be a consensus on whether running Backup Secretary or Psychic Tracker, Psychic Wheeleder is better. They synergise with a different set of cards and thus have their own pros and cons. 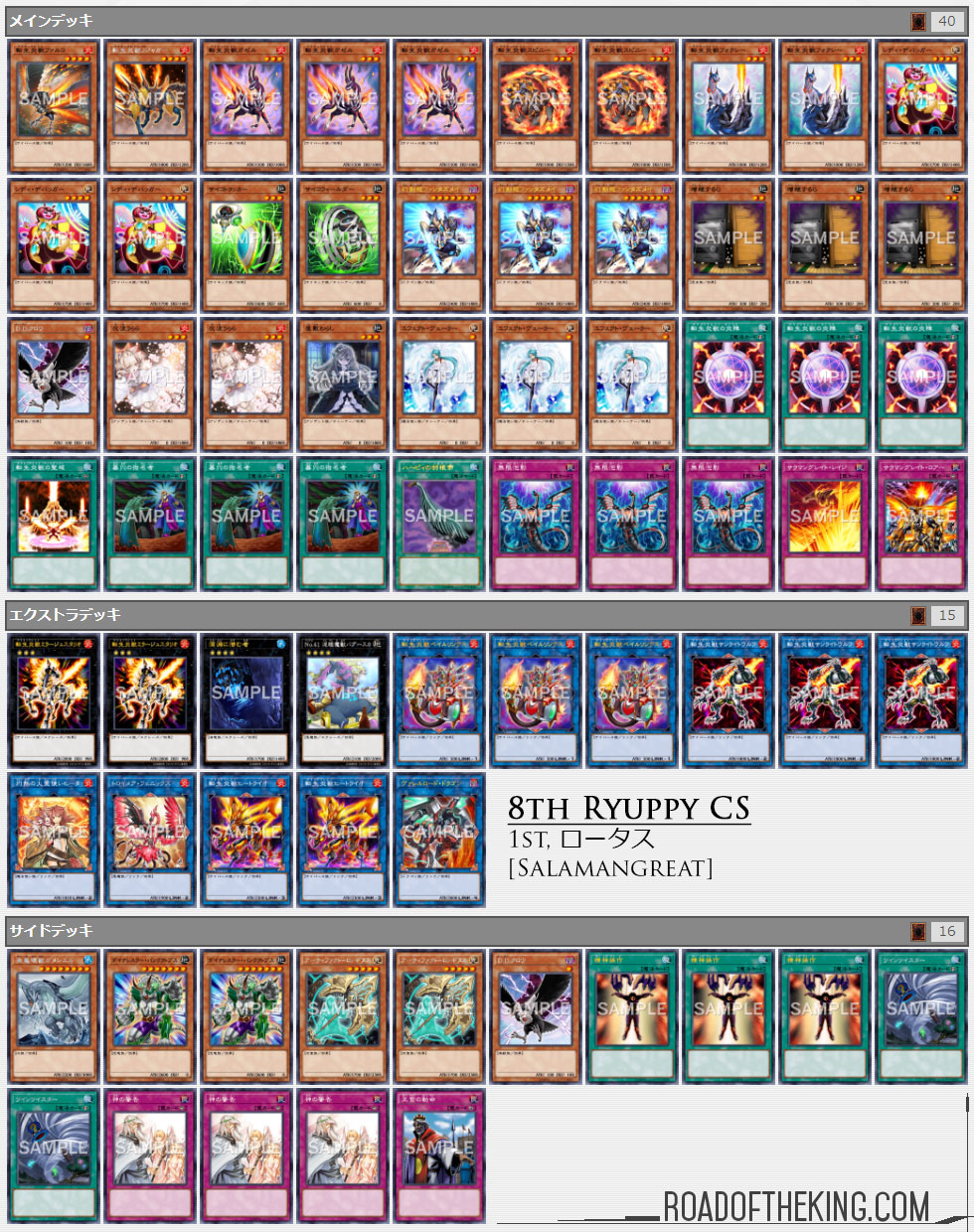 He made a bold tech choice to keep Fantastical Dragon Phantazmay in the Side Deck, and run 2 Ghost Belle & Haunted Mansion in the Main Deck.

Ghost Belle & Haunted Mansion improves the match-up against Thunder Dragon and is still relevant against Salamangreat and Orcust. 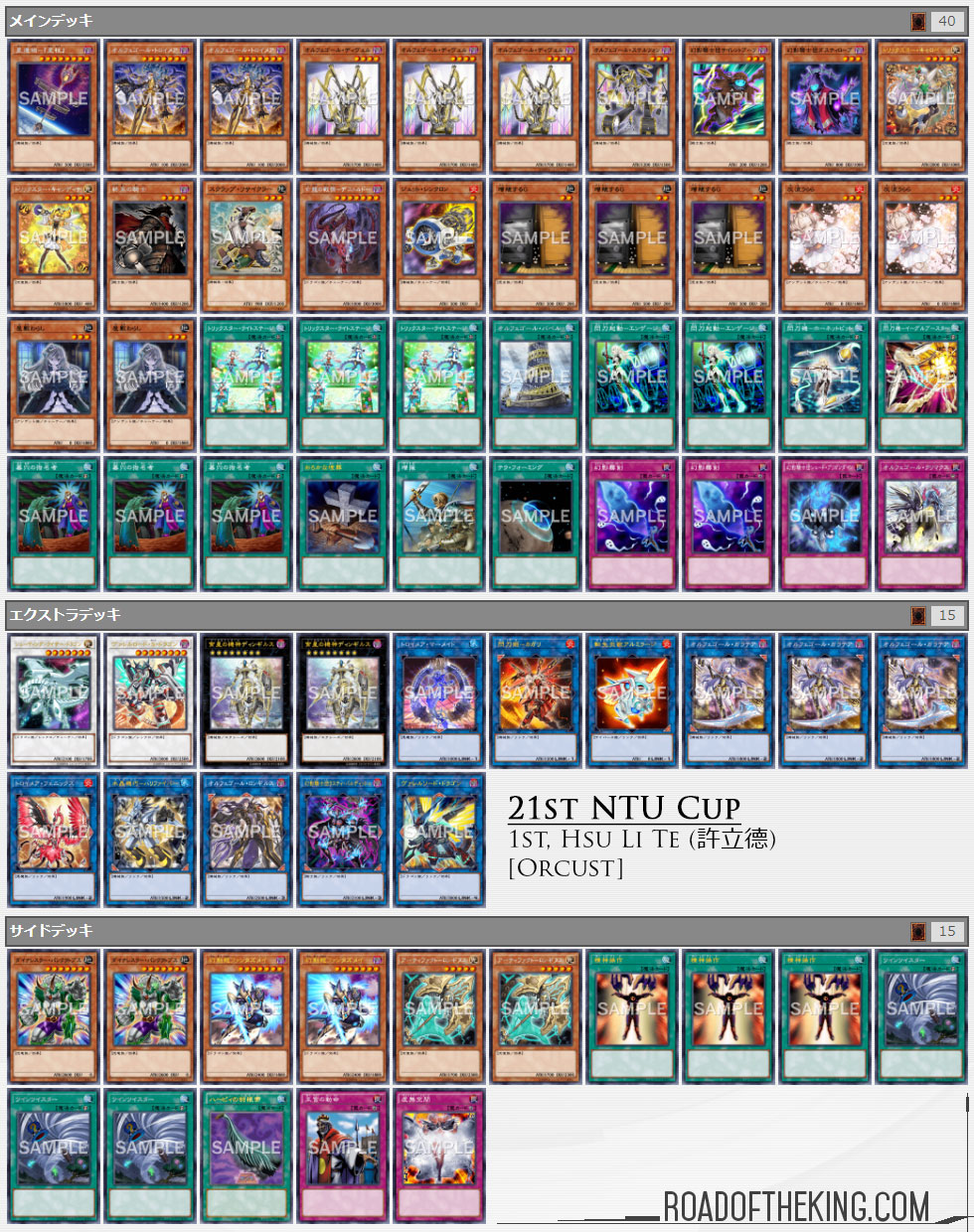 He ran 3 copies of There Can Be Only One, a very powerful Continuous Trap card that limits each player to 1 monster of each Type.

There Can Be Only One is very effective in the current metagame as most of the top decks consists of mainly 1 monster type: Salamangreat – Cyberse, Orcust – Machine, Thunder Dragon – Thunder, Altergeist – Spellcaster.

Sky Striker Mecha Modules – Multirole and Sky Striker Airspace – Area Zero also give Sky Striker a certain degree of control over There Can Be Only One since they could turn off the effect by sending it to the graveyard when there is an opportunity to push for game. 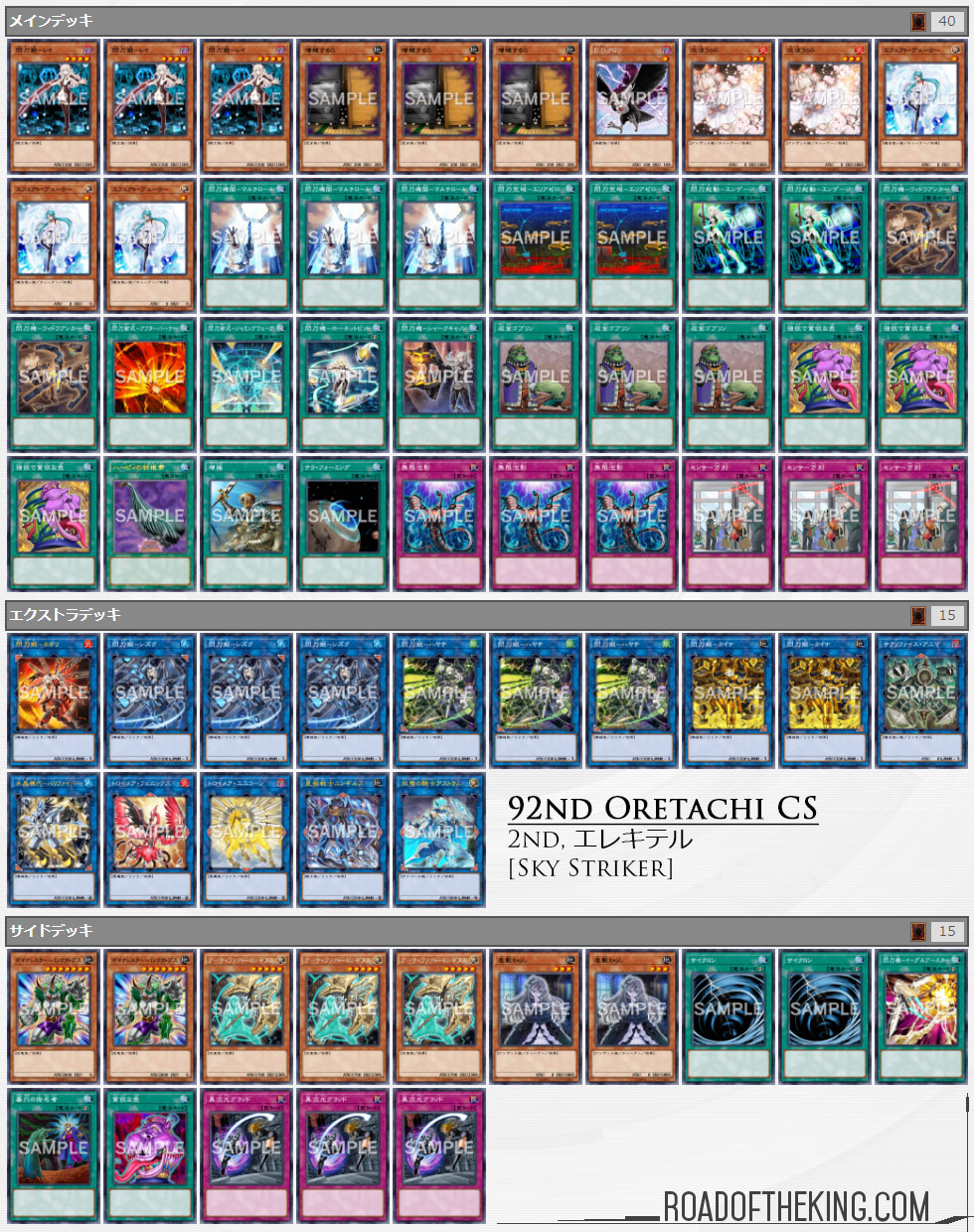 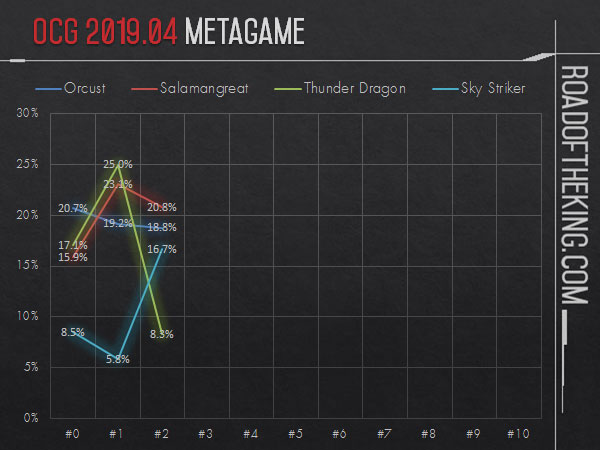 Rising Rampage did not have any immediate impact on its release weekend.

Although there is no new cards played in the competitive scene, the metagame continues to evolve on its own as we see the resurgence of Ghost Belle & Haunted Mansion, causing a drop in Thunder Dragon.

On the surface it may seem that the same decks are being played, but these decks are continuously being refined with respect to the competitive scene, having minor changes made to the Main Deck and Side Deck. While these minor changes do not impact the overall strategy of the deck, it pushes the win rate by looking for these minor advantages to improve the various match-ups.

Very often, these minor changes are overlooked by those who see, but do not observe.

The weekly report aims to uncover these unassuming minor changes by taking a deeper look into the thoughts and logic behind these card choices with respect to the current competitive scene. If you enjoyed these Weekly Metagame Reports, do consider supporting Road of the King on Patreon. Thank you.