This preliminary report will cover 164 top-performing decks from 29 tournaments that were held in Japan and China during 16 – 31 March 2019, played under the new OCG 2019.04 Limit Regulation. 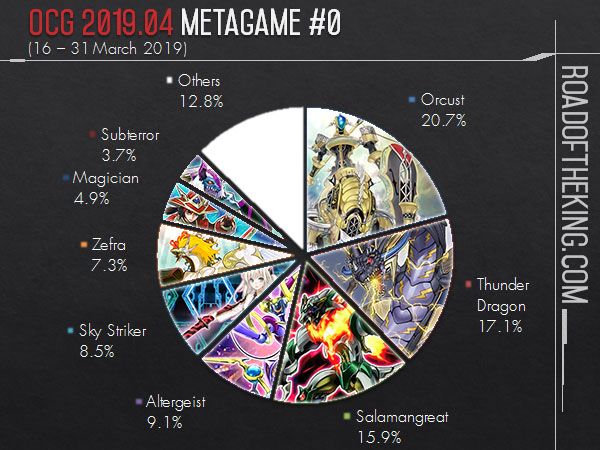 As Armageddon Knight and Speedroid Terrortop are now limited, he has chosen to run Trickstar and Sky Striker engine. These are currently the more popular engine among Orcust builds. 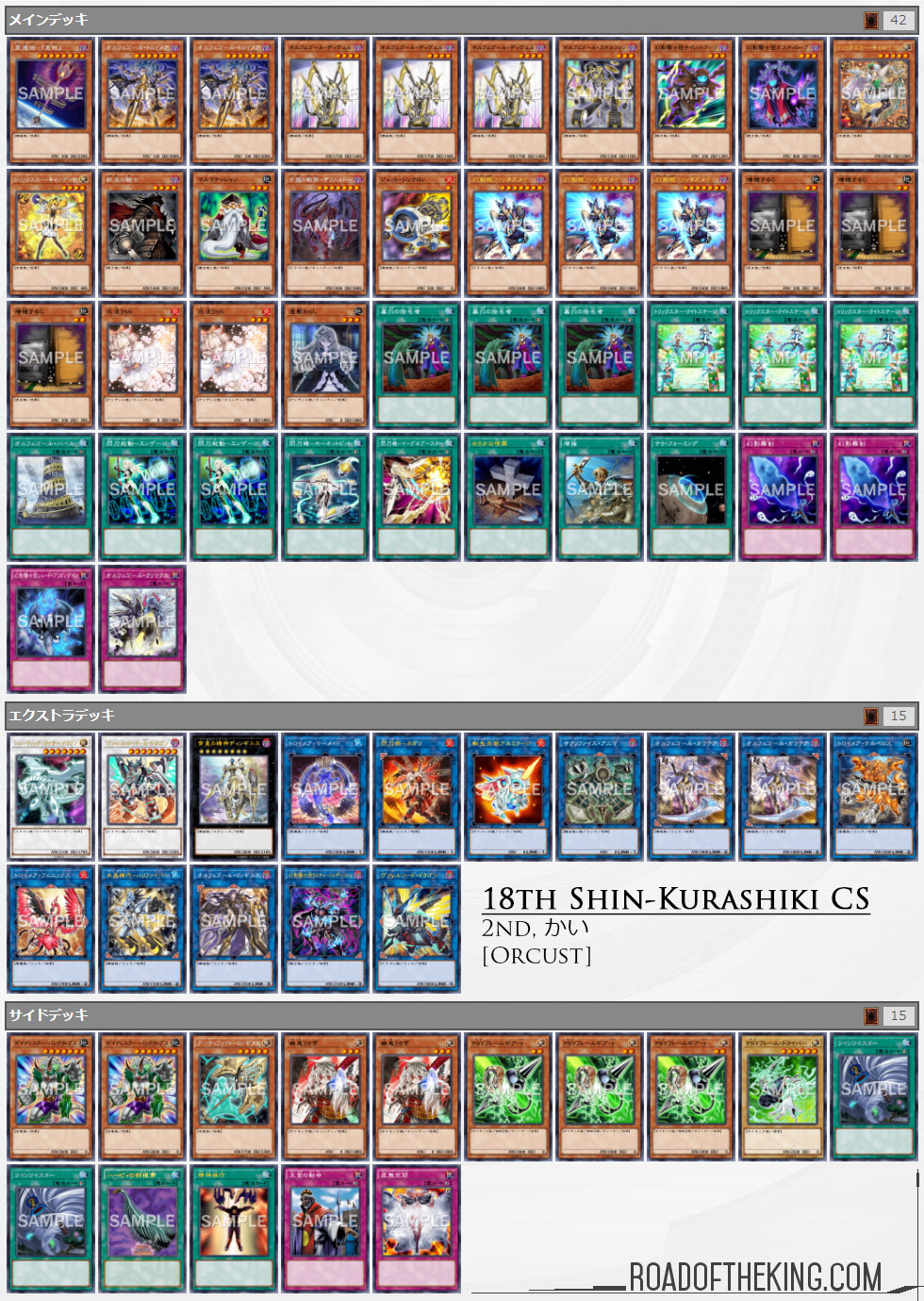 ATSU went 6-2 and finished 2nd in the same team as Kai.

ATSU has chosen to run Sangan and Assault Mode engine.

Normal Summoning Sangan and then using it to Link Summon Salamangreat Almiraj would trigger Sangan‘s effect and have it add Crusadia Arboria from deck to hand. As Special Summoning Crusadia Arboria is not activating an effect, it is not bounded by Sangan‘s effect, and could be Special Summoned to the zone where Salamangreat Almiraj is pointing to.

Both Sangan and Assault Mode engine comes with a Tuner Monster, so they can be used for the combos involving Crystron Halqifibrax. 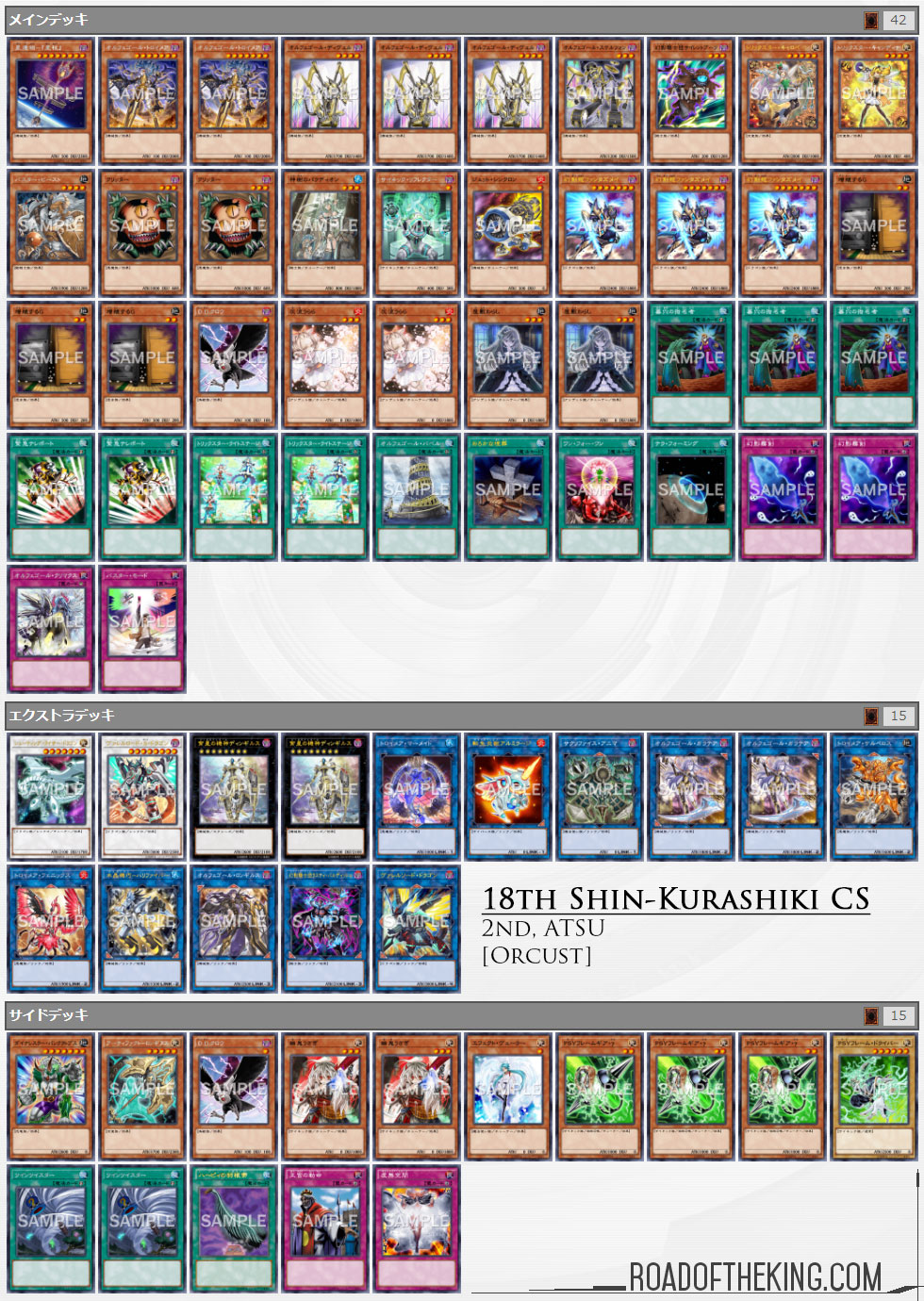 Kinnikuso (きんにくそ) went 8-1 and finished 3rd in “36th Takatsuki CS with Hatti CS” which had 63 participants.

The rise in popularity of Thunder Dragon is largely due to the limitation of Armageddon Knight. Without the convenience of Armageddon Knight into Destrudo the Lost Dragon’s Frisson, Orcust has to switch to using the Trickstar, Sky Striker, Sangan, Assault Mode engine to start their combo.

As both Orcust and Salamangreat are heavily reliant on adding cards from deck to hand, this puts Thunder Dragon in a strong position in the current OCG 2019.04 metagame. 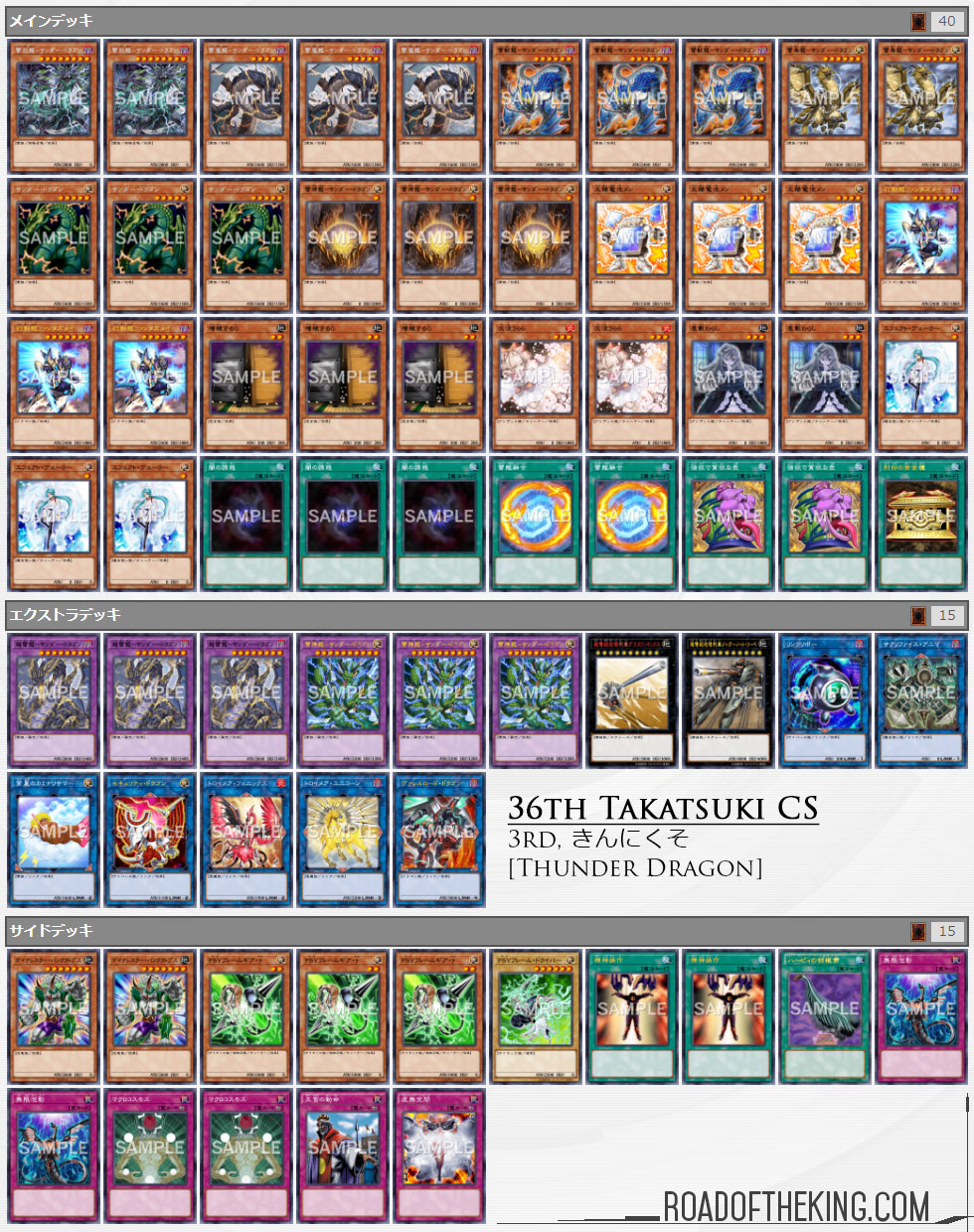 Lakers (れいかーず) achieved an incredible trifecta over these 3 weeks.

In his early build, he ran Psychic Wheeleder in his Main Deck and complement it with Vulcan the Divine initially, before switching over to Coral Dragon.

However, in his latest build, he has chosen to drop Psychic Wheeleder for Backup Secretary instead.

But being a Cyberse Monster as well, Backup Secretary has the benefit of being searchable by Lady Debug. 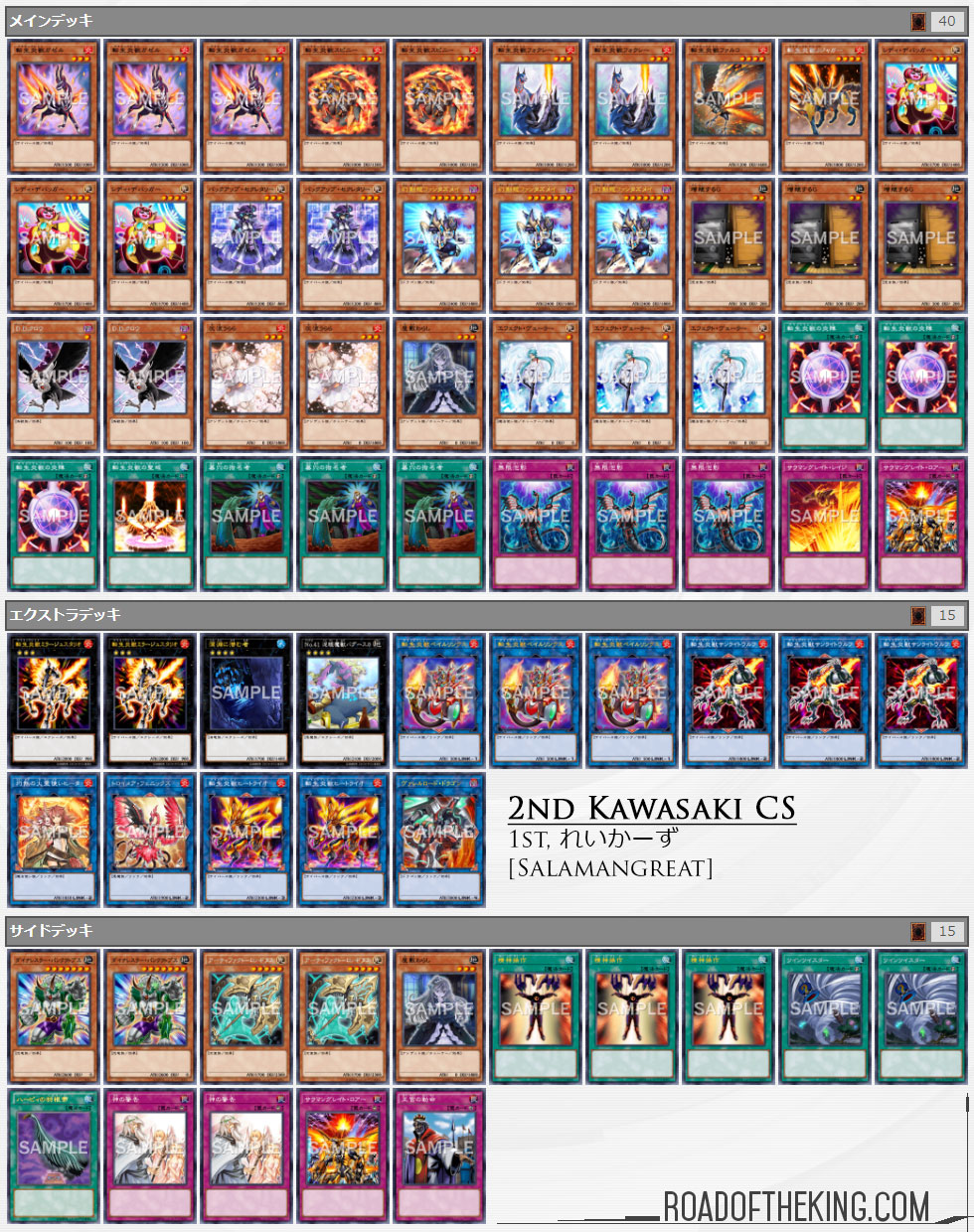 Orcust and Salamangreat carried their momentum from the previous OCG 2019.01 right into OCG 2019.04 and continues to be the top decks to beat.

The rise of Thunder Dragon was a surprise, but quite a compelling result, especially since Thunder Dragon Colossus is effective against almost all the top decks.

Even the next few decks – Sky Striker, Altergeist and Zefra – are all susceptible to being locked out by Thunder Dragon Colossus.

Sky Striker is reliant on Sky Striker Mobilize – Engage!, Zefra depends on Oracle of Zefra and Zefra Providence, and Altergeist has Sangan as a liability.

In the upcoming weekend is YOT Malaysia 2019 and it will be the very first major tournament to be played under the OCG 2019.04 Limit Regulation.