Despite the numerous hits, Altergeist remains competitive in the OCG 2019.01 by running some new cards to adapt to the new format. 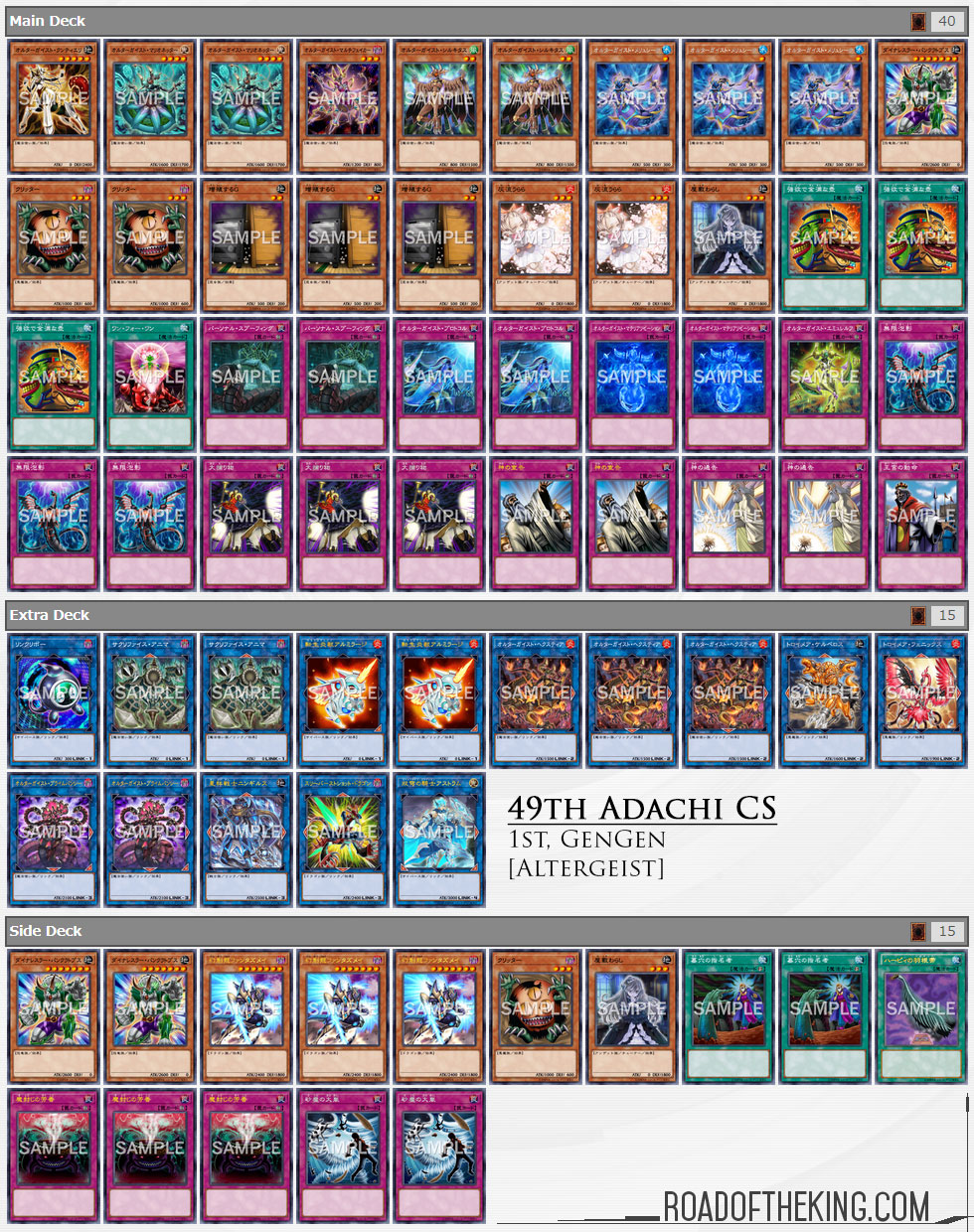 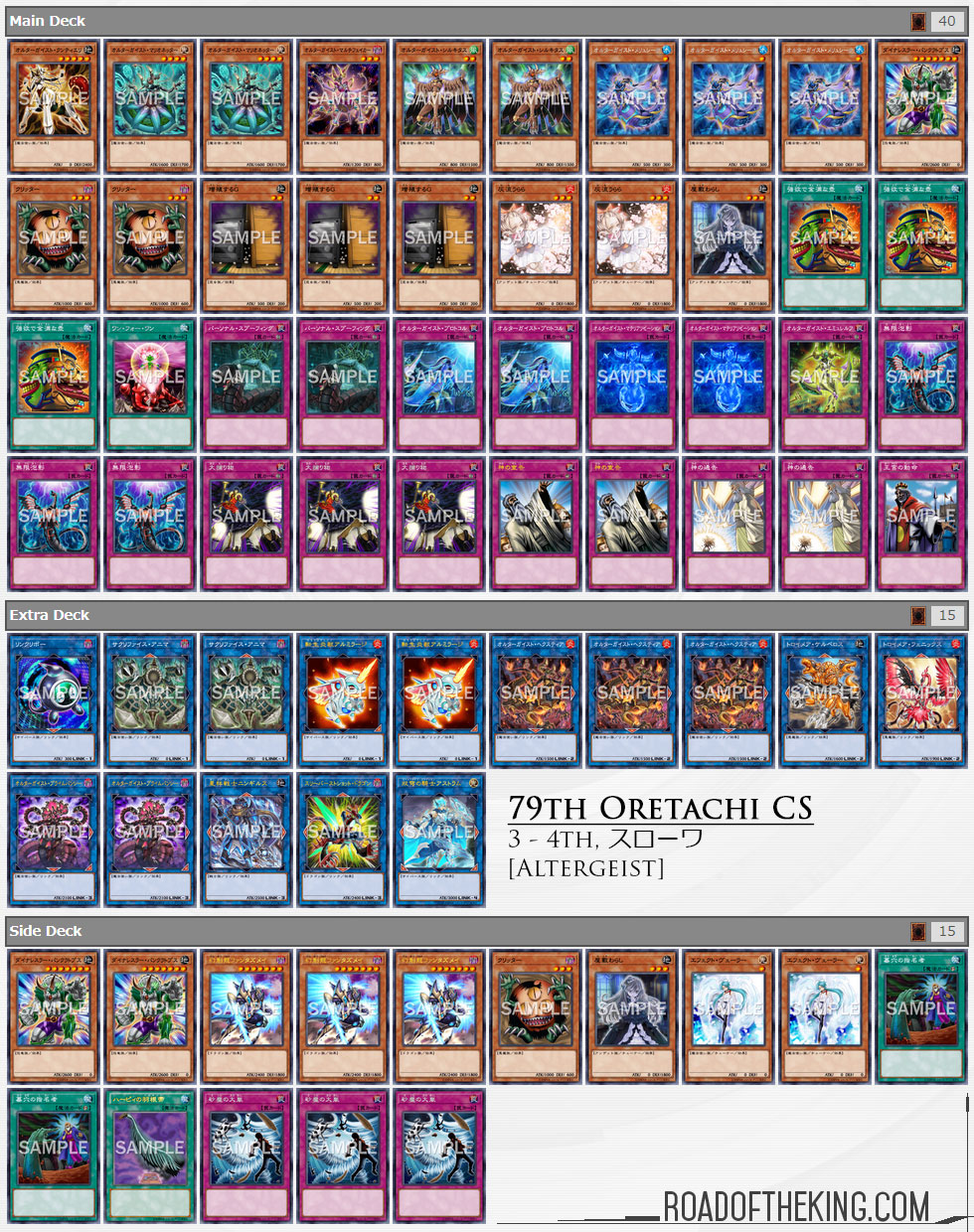 GenGen and Thrower ran identical Main Deck and Extra Deck, with the only difference being the Side Deck. 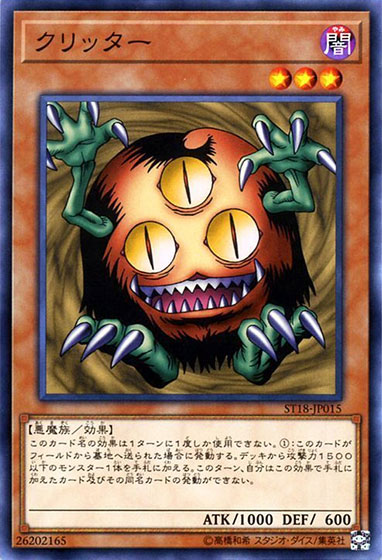 You can only use the effect of “Sangan” once per turn.
①: If this card is sent from the field to the GY: Add 1 monster with 1500 or less ATK from your Deck to your hand, but you cannot activate cards, or the effects of cards, with that name for the rest of this turn. 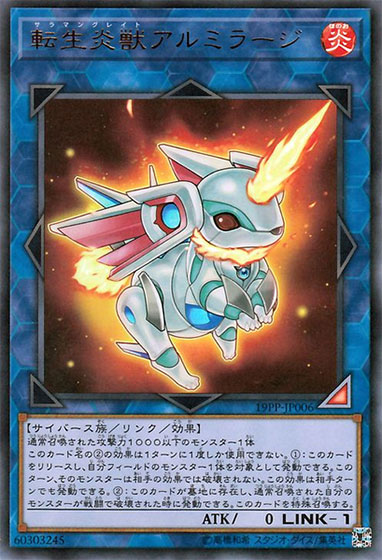 1 Normal Summoned/Set monster with 1000 or less ATK
You can only use the ② effect of “Salamangreat Almiraj” once per turn.
①: You can Tribute this card, then target 1 monster you control (Quick Effect): it cannot be destroyed by your opponent’s card effects this turn.
②: When your Normal Summoned/Set monster is destroyed by battle while this card is in your GY: You can Special Summon this card.

Normal Summon Sangan and then using it to Link Summon Salamangreat Almiraj would trigger Sangan‘s effect, allowing Altergeist Multifaker to be added from deck to hand. This is similar to the method of using Altergeist Meluseek and Linkuriboh.

However Sangan has another advantage. If Altergeist Multifaker is already in hand, then Sangan‘s effect could be used to search for a ‘Hand Trap’ such as Maxx “C” or Ash Blossom and Joyous Spring instead. 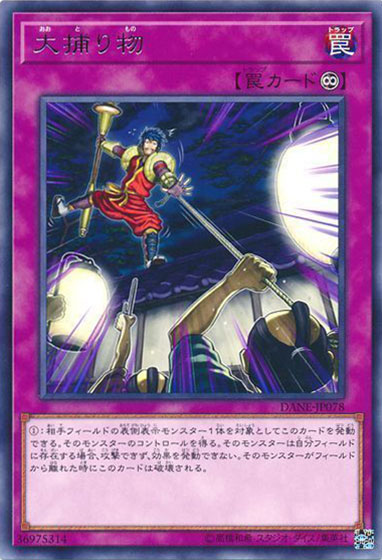 ①: Activate this card by targeting 1 face-up monster your opponent controls; take control of it, but while you control that monster, it cannot attack or activate its effects. When that monster leaves the field, destroy this card.

Crackdown is a new card from Dark Neostorm that allows you to take control of the opponent’s monster.

Being a Trap, Crackdown has great synergy with Altergeist as it triggers Altergeist Multifaker.

Crackdown can be used to disrupt the opponent’s play by taking control of their monster before they could activate the Ignition Effect or the Phase-Specific Trigger Effect.

Against Salamangreat, Crackdown can be used on Salamangreat Sunlight Wolf to deny the opponent from adding a FIRE monster or a Salamangreat Spell/Trap from graveyard to hand.

Against Sky Striker, Crackdown can be used on Sky Striker Ace – Shizuku during the Main Phase before going into the End Phase. This would deny the opponent from activating the Trigger Effect of Shizuku to add a Sky Striker Spell from deck to hand.

Crackdown can also be used to take control of opponent’s monster with powerful Continuous Effect and turn it against them.

Against Salamangreat, Crackdown can be used on Number 41: Bagooska the Terribly Tired Tapir in Defense Position, and have Bagooska negate their monster effects.

Against Thunder Dragon, Crackdown can be used on Thunder Dragon Colossus and deny the opponent of adding cards from deck to hand. 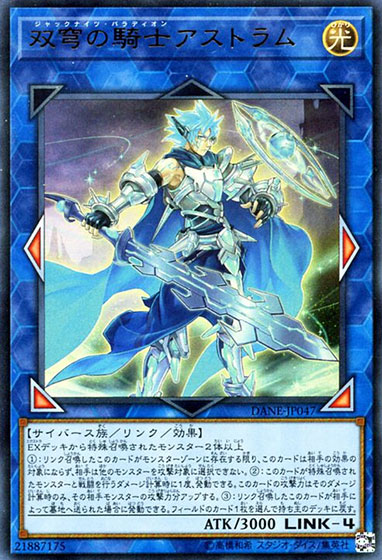 2+ monsters Special Summoned from the Extra Deck
①: If this card was Link Summoned, your opponent cannot target it with card effects, also your opponent’s monsters cannot target other monsters for attacks.
②: Once per battle, during damage calculation, if this card battles a Special Summoned monster (Quick Effect): You can have this card gain ATK equal to the ATK of the opponent’s monster it is battling during that damage calculation only.
③: If this Link Summoned card you control is sent to your GY by an opponent’s card: You can shuffle 1 card on the field into the Deck.

Sky Striker’s outs to Avramax are Sky Striker Maneuver – Jamming Waves! with 3 Spells in the graveyard or Ningirsu the World Chalice Warrior.

Altergeist is able to Link Summon Mekk-Knight Crusadia Avramax via a series of Link climb through Altergeist Hexstia and then Altergeist Primebanshee, as showcased in the following example.

During the opponent’s turn,

During the opponent’s turn, 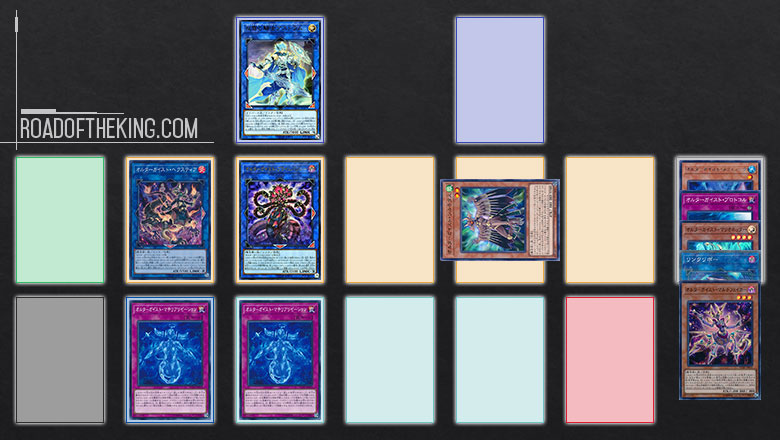 An alternative play is to add Altergeist Protocol from deck to hand in Step 10. Then continue from Step 11 and end at Step 16. 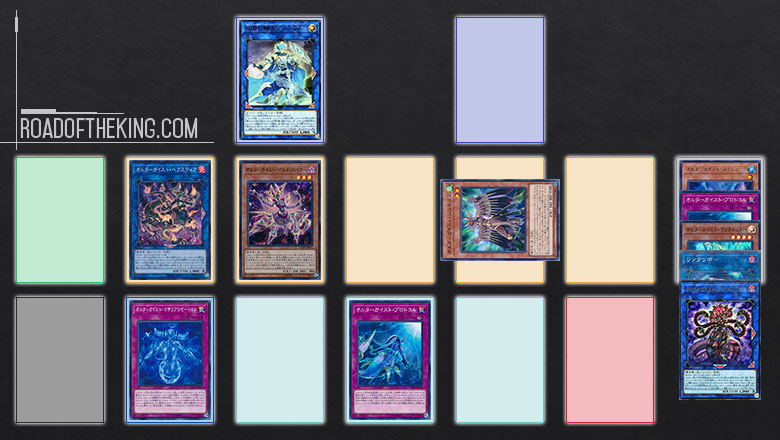 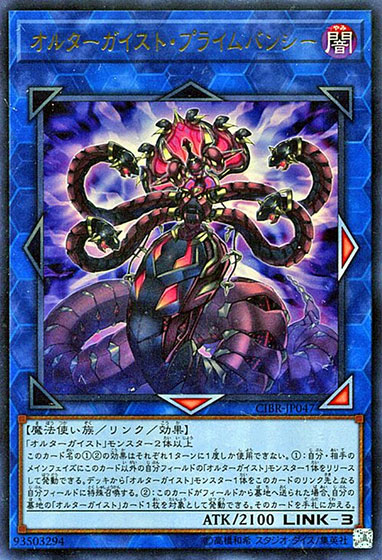 Altergeist Primebanshee and Altergeist Manifestation together are a cycling loop.

Set Altergeist Manifestation on your next turn and then activate it during the opponent’s turn to Special Summon Altergeist Primebanshee in the same Main Monster Zone beside Altergeist Hexstia.

This essentially means that Altergeist Hexstia gets a free tribute during every opponent turn.

Altergeist Primebanshee and Altergeist Marionetter is also another cycling loop.

Although GenGen and Thrower have found a bit of success in adapting Altergeist for the OCG 2019.01 format, with Altergeist Multifaker at 1, Altergeist is still at a handicap in consistency. Having Altergeist Meluseek or Sangan negated by Ash Blossom & Joyous Spring or Skull Meister is a significant blow to Altergeist.

Both GenGen and Thrower did not face any Salamangreat in their games either, so we do not have any quantitative data on the Salamangreat match-up.

But for fans of Ghost Girl and Altergeist, this deck build is a good starting point for adapting Altergeist to the current OCG 2019.01 competitive scene.

If you enjoyed these Deck Spotlight articles, do consider supporting Road of the King on Patreon. Thank you.