This report will cover 95 top-performing decks from 14 tournaments that were held in Japan, Singapore and China during 24 November – 4 December 2018.

The following were excluded from this tabulation as LINK VRAINS Pack 2 was not allowed in these tournaments: 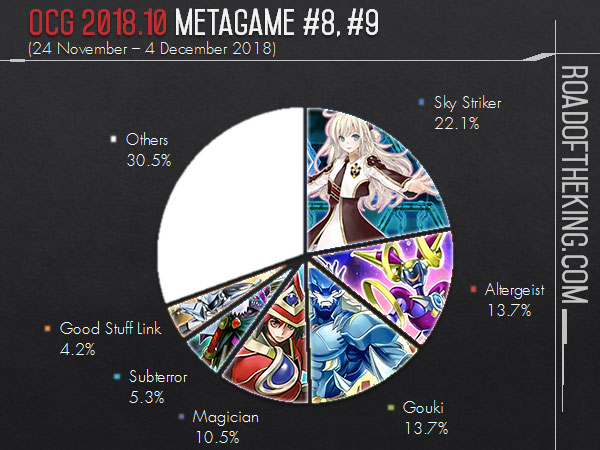 Not only is he running 3 Effect Veiler and 3 Infinite Impermanence in the Main Deck, there is another 3 PSY-Framegear Gamma and 3 Different Dimension Ground in the Side Deck.

Gouki is so resilient that only by opening with 2 to 3 ‘Hand Traps’ do Sky Striker stand a chance at disrupting the combo. 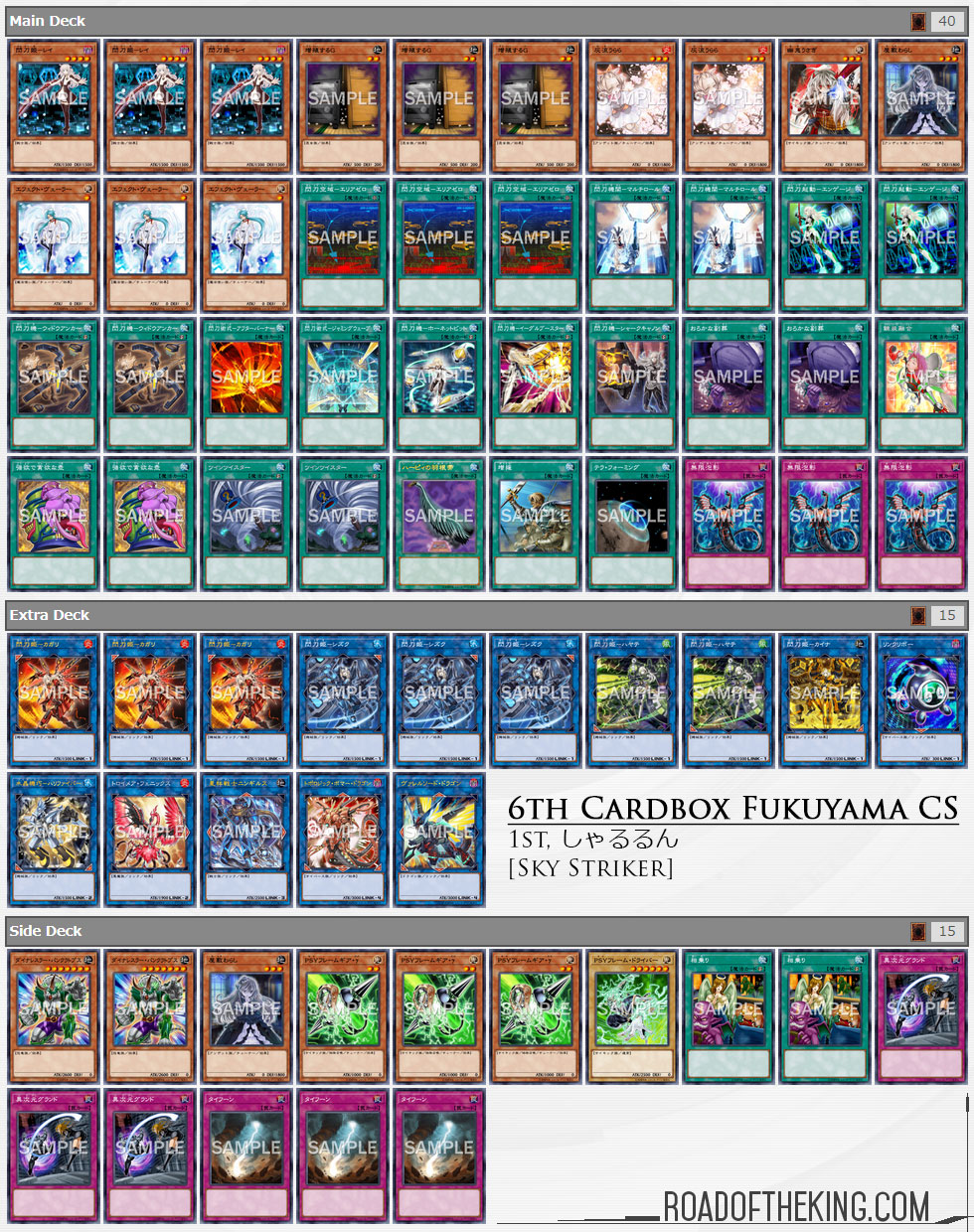 He ran a copy of Witch’s Strike in his Side Deck for the Altergeist mirror match.

Altergeist runs quite a number of negation in their deck, namely Altergeist Hexstia, Altergeist Protocol, Solemn Judgment and Solemn Warning. This satisfy the activation condition of Witch’s Strike, destroying all of the opponent’s cards on the field and in the hand.

However, Witch’s Strike is largely unreliable as it relies on the element of surprise, so most players would only run 1 – 2 copies. 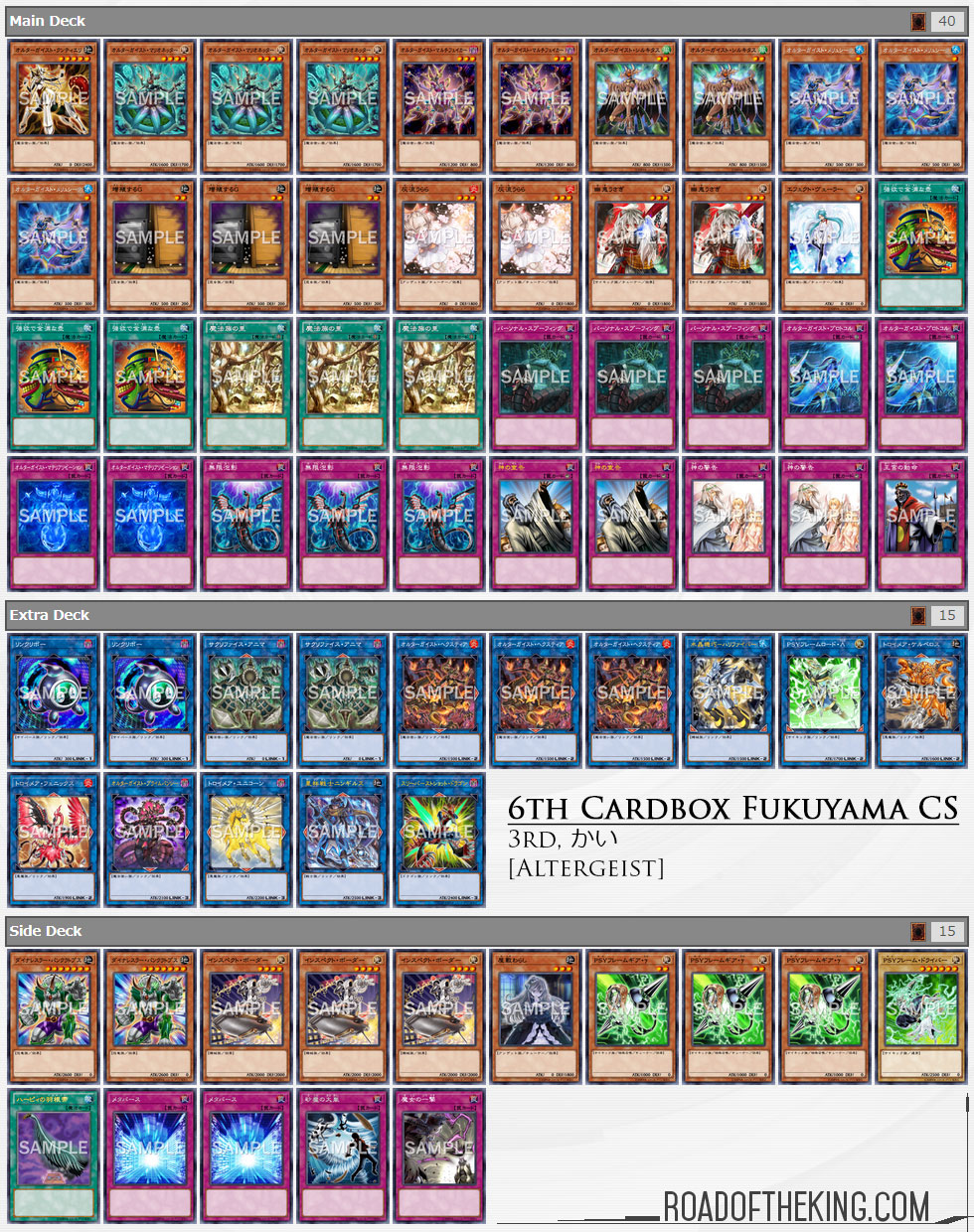 He ran a copy of Tackle Crusader in the Side Deck as an out to Kaiser Colosseum, Gozen Match and Rivalry of Warlords.

By Normal Summoning Mathematician, its effect can be activated to send Tackle Crusader from the deck to the graveyard. That would trigger Tackle Crusader‘s effect to return Kaiser Colosseum, Gozen Match or Rivalry of Warlords to hand, thus allowing the Gouki player to follow up with Psychic Wheeleder or Emergency Teleport and continue the combo. 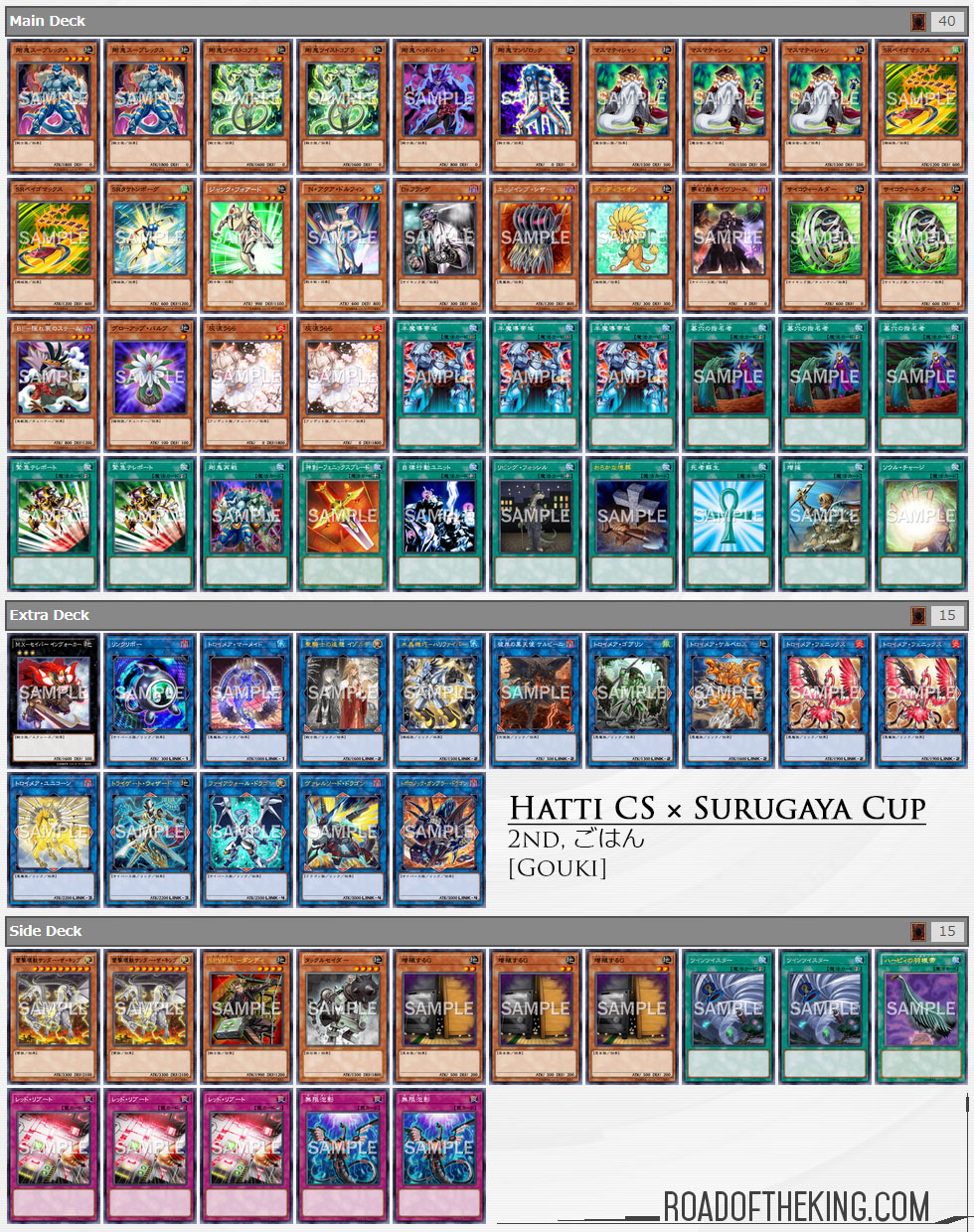 He ran PSY-Framelord Lambda in the Extra Deck.

PSY-Framelord Lambda has a generic summoning requirement of “2 monsters, except Tokens”, making it an appropriate replacement for LANphorhynchus or Police Patrol of the Underworld.

Lambda’s effect also allows “PSY-Framegear” monster’s effect to be activate while there is a monster on the field, allowing him to run PSY-Framegear Gamma in the Main Deck. Gamma was mainly ran in the Side Deck as it was only good while going first to negate ‘Hand Trap’ when setting up.

Lambda allows Magician to open with PSY-Framelord Omega and activates its effect to banish itself and a random card from opponent’s hand. During the End Phase, Lambda would then add PSY-Framegear Gamma from deck to hand.

During the opponent’s turn, if PSY-Framegear Gamma was activated to negate a monster effect, that would caused Gamma and PSY-Frame Driver to be banished during the End Phase, then Lambda could add another Gamma to hand.

This essentially creates a soft loop that continuously reloads your hand with Gamma. 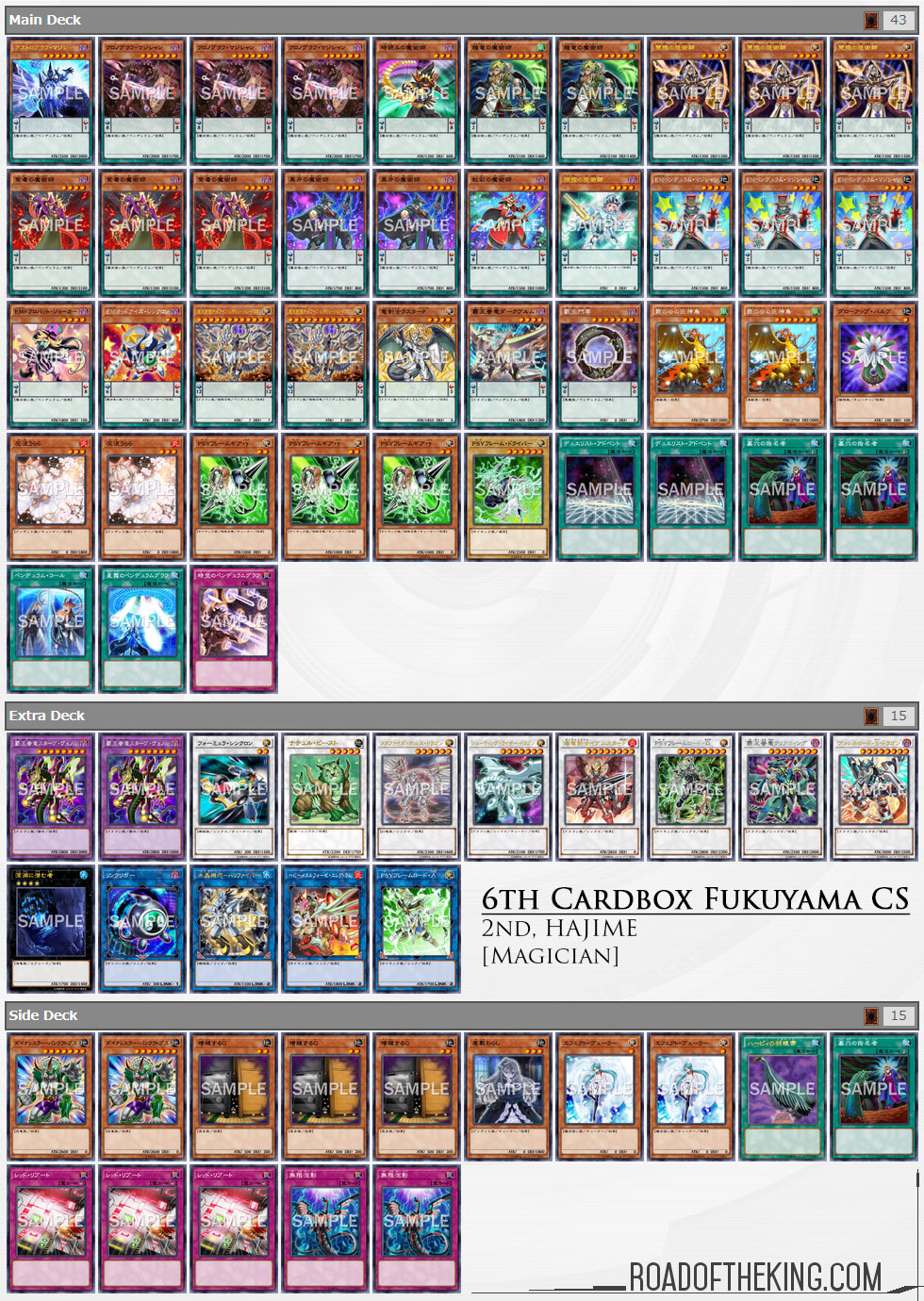 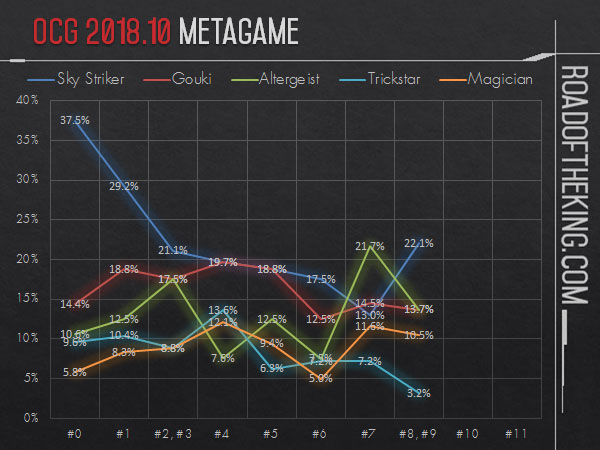 Sky Striker took back the lead, but Altergeist and Gouki follows close behind.

LINK VRAINS Pack 2 has a small but noticeable impact on the competitive scene.

PSY-Framegear Gamma is already a very popular tech in the Side Deck, which makes PSY-Framelord Lambda a great addition to many decks that could afford to spare an Extra Deck space.

Six Samurai went 8-2 and finished 2nd in “Asia Championship Winter 2019 Singapore Qualifier” with the boost from Great General of the Six Samurai, improving the consistency of opening with Gateway of the Six.

YOT Hong Kong 2018 will be happening this weekend and we will see how LINK VRAINS Pack 2 plays a role in this major tournament.