This preliminary report will cover 104 top-performing decks from 15 tournaments that were held in Japan and China during 22 – 30 September 2018, played under the new OCG 2018.10 Limit Regulation. 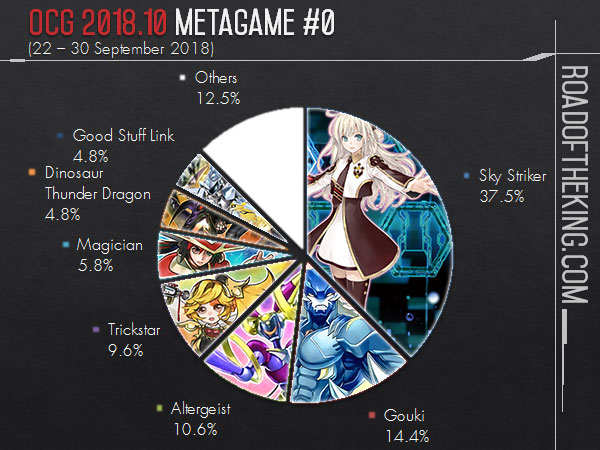 SIN went a step further and cut Pot of Desires by returning to the old classic Foolish Burial Goods and Metalfoes Fusion.

However, his build is still largely an outlier as most Sky Striker decks are running Pot of Desires for the card advantage. 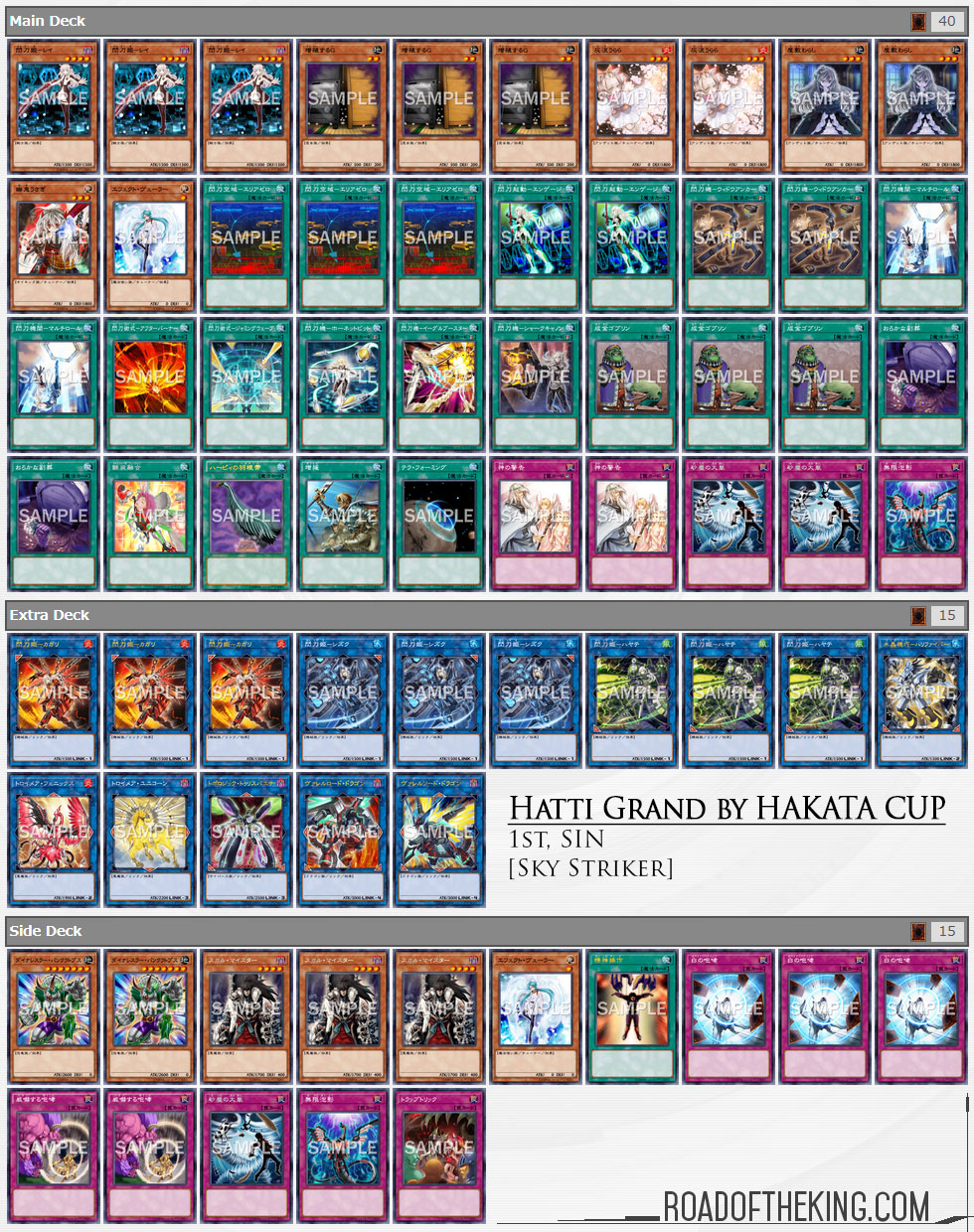 He is running the new variant of Gouki that cuts out Armageddon Knight and Destiny HERO – Malicious, to run Mathematician, Dandylion, Predaplant Ophrys Scorpio and Predaplant Darlingtonia Cobra instead.

M-X-Saber Invoker will Special Summon Gouki Suprex and together they will be used to Link Summon Isolde, Two Tales of the Noble Knights.

Gouki Suprex will search for a Gouki card, while Isolde will add Necro Gardna to hand, and then send Divine Sword – Phoenix Blade to the graveyard to Special Summon Gouki Octostretch. Following will be the usual Knightmare Link Monsters and Firewall Dragon shenanigans. 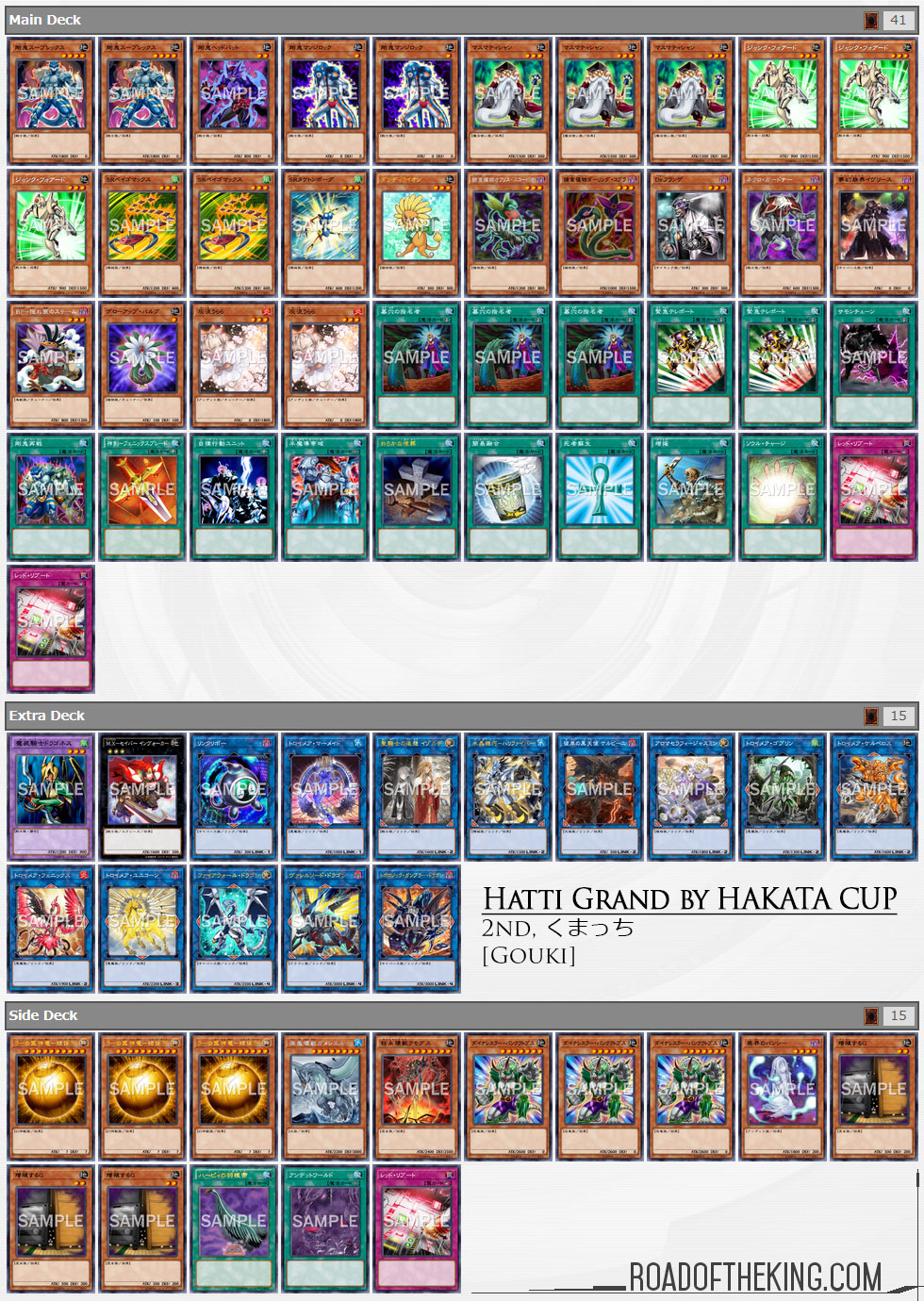 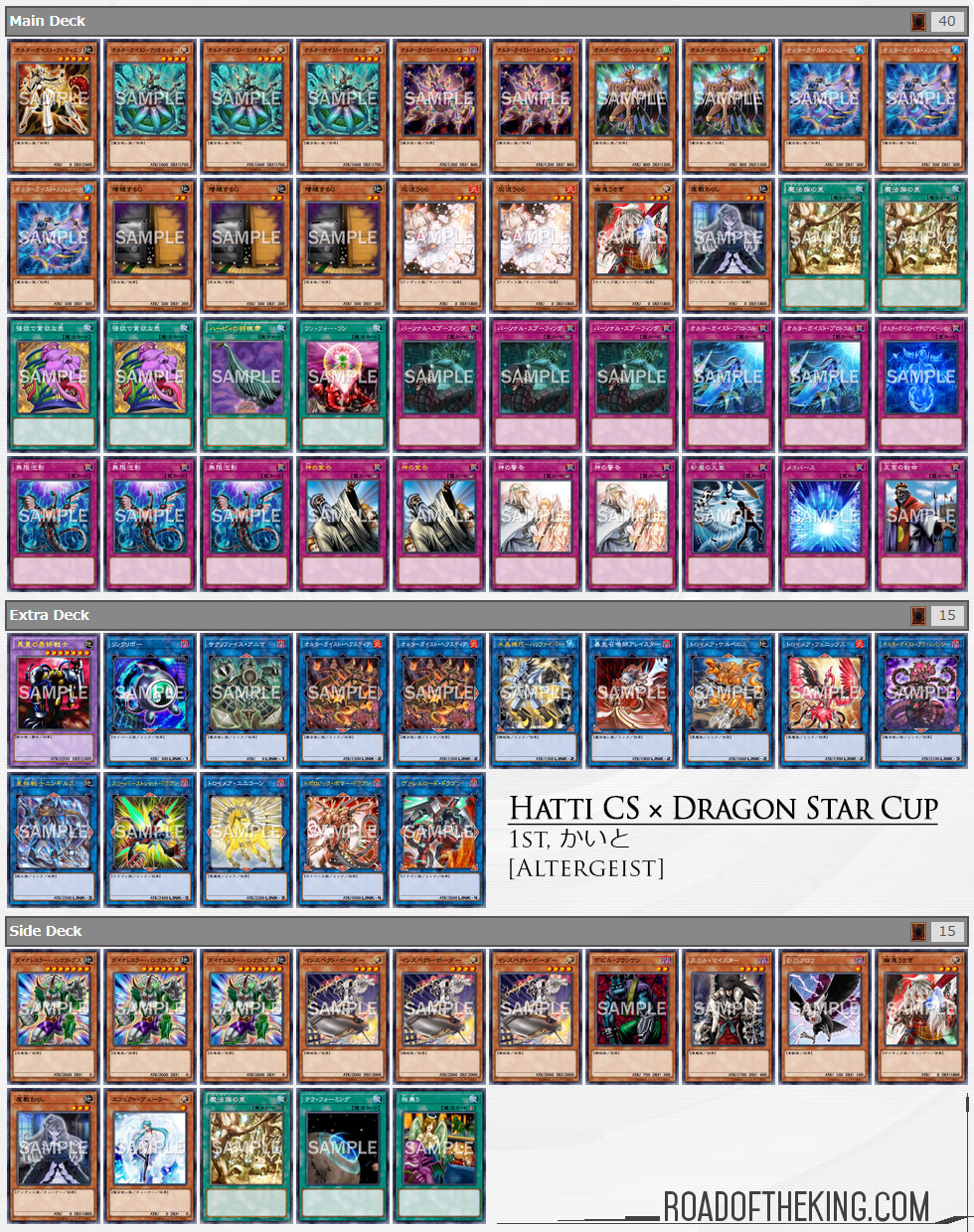 He took out Ghost Ogre & Snow Rabbit to add another Effect Veiler in the Main Deck for his build on Sunday.

Speedroid is currently the most popular build for Trickstar, due to the explosive play from Cherubini, Ebon Angel of the Burning Abyss sending Dandylion. 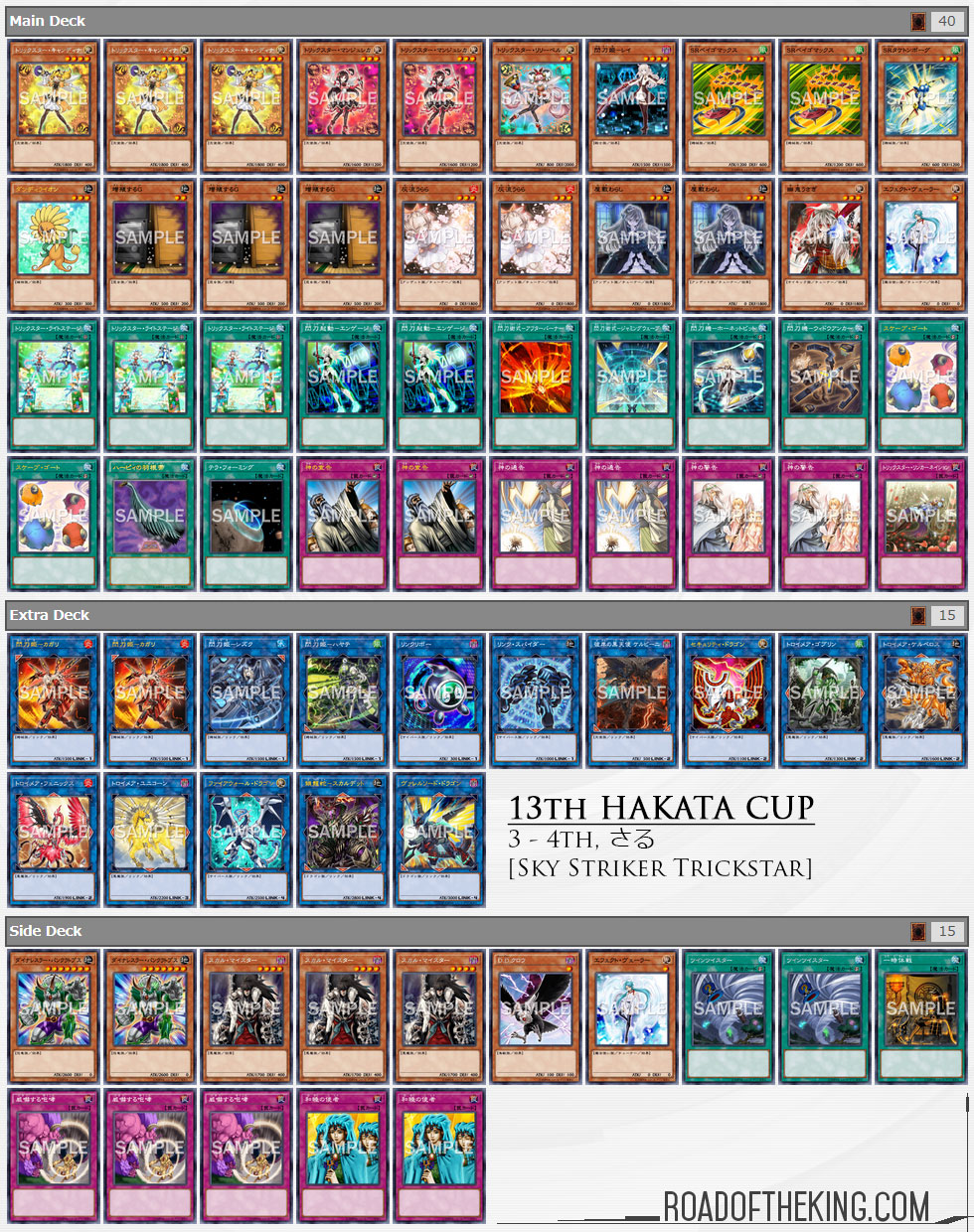 Sky Striker remains as the most popular and better performing deck in the early OCG 2018.10 format. Requiring only minor changes to the build, Sky Striker has largely reached its optimised build.

Gouki is still being refined as we see a split between the traditional Malicious build and the new school Plant build. There are some hybrid variant that runs both Armageddon Knight and Mathematician together in the same deck to utilise both Malicious and Plant engine.

Altergeist has a weak start in the first week, but as the metagame stabilized in the second week, Altergeist begun putting out better results.

Trickstar has a strong start in the first week, but declines in the second week. Based on the current trend, Trickstar is unlikely to remain as a top contender and is expected to occupy a smaller showing in the following weeks.

Dinosaur Thunder Dragon is a new interesting deck that is gaining a bit of traction.