Hiyama Shunsuke made history at the Yu-Gi-Oh! World Championship 2016 when he successfully defended his title, becoming the very first two-time consecutive World Champion.

He is also the first duelist to make it to three consecutive World Championship finals.

Here is a look at Hiyama’s weapon of choice for the period between the 2015 and 2016 World Championships.

In the OCG 2015.10 format, Performapal Performage has outclassed every other deck. 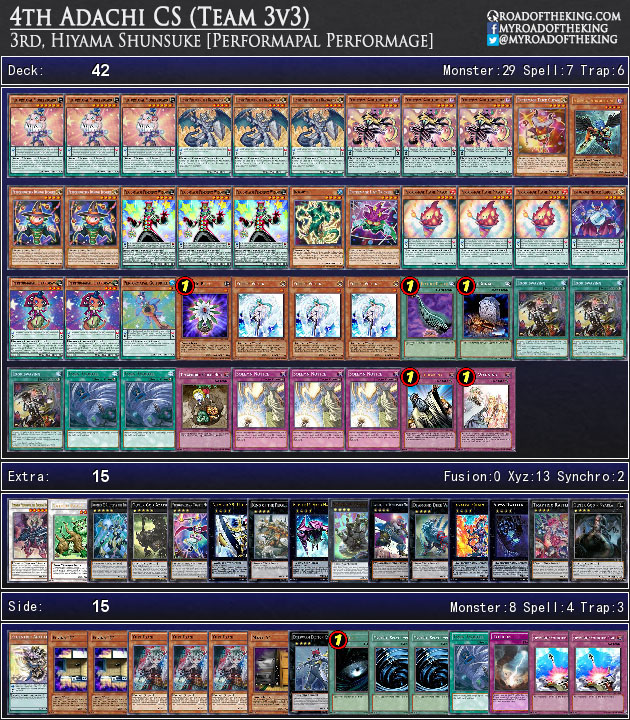 Similarly in the OCG 2016.01 format, Performapal Dracoslayer was a tier above the rest.

Hiyama went with the flow and achieved respectable results with Performapal Dracoslayer. 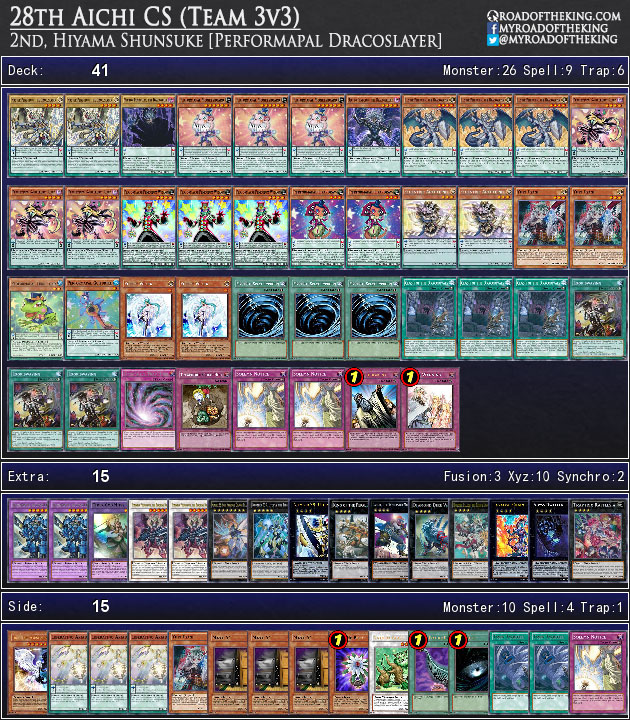 The OCG 2016.04 format was fairly balanced, with Blue-Eyes in the lead, just ahead of Speedroid Phantom Knights Burning Abyss, Metalfoes and D/D.

His initial deck build in the 17th Adachi CS ran Master with Eyes of Blue, similar to his World Championship 2016 deck.

However, he had improved his build and ran with a more standardized Blue-Eyes build later on.

As seen in his deck list below, he reused the same tactic of Xyz Universe with Cyber Dragon Infinity against Speedroid Phantom Knight Burning Abyss in his World Championship 2016 deck. 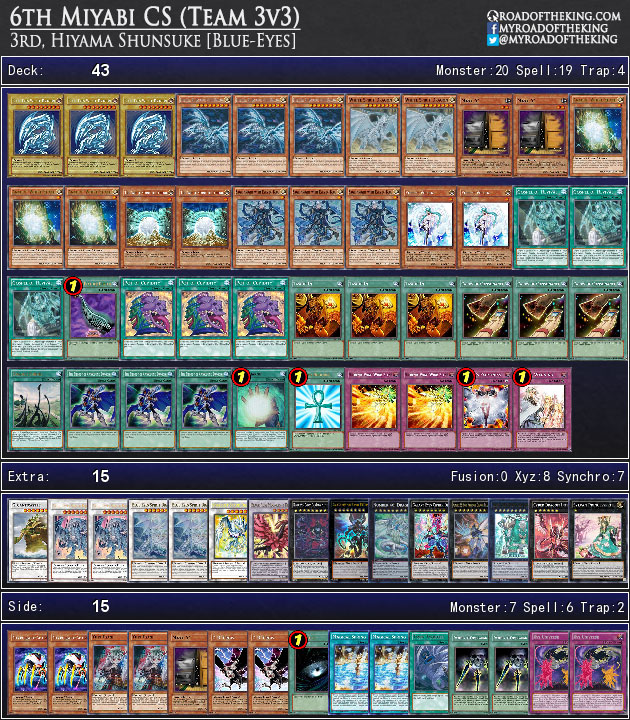 While the top decks were unaffected by the OCG 2016.07 Forbidden and Limited List, the OCG 2016.07 format has Blue-Eyes being dethroned by the entry of ABC. ABC takes the lead, with Metalfoes trailing closely behind. Blue-Eyes and D/D follows, but with a huge gap to catch up.

Surprisingly, Hiyama broke away from his trend of playing the most popular deck in the format, and chose to run D/D instead.

His last known D/D build is quite standard, but a little outdated. It has yet to include Beatrice, Lady of the Eternal, which was later popularised in the Japan WCQ 2016. 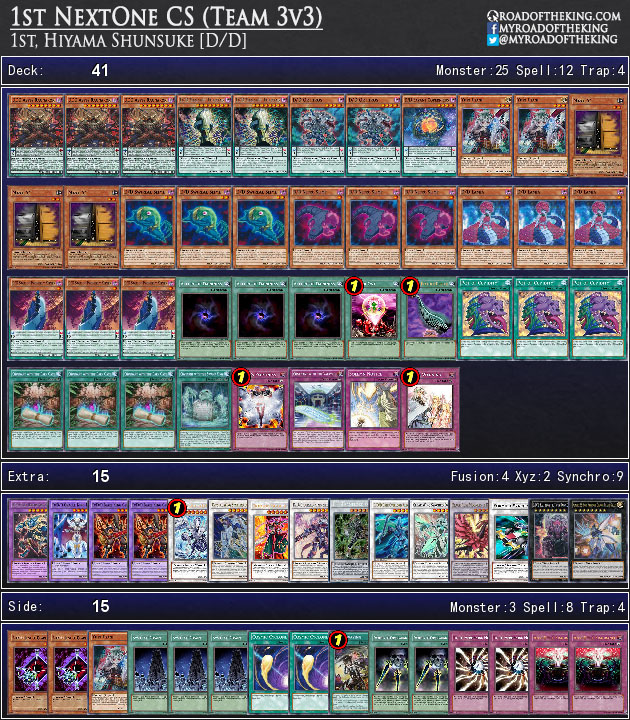 Hiyama has shown discipline by choosing to run only 1 deck for each format. This allows him to be well-versed in his own deck so he can concentrate on understanding the various matchups in the metagame.

However, he also recognizes that as the format shifts, the power-level of each deck shuffles as well. As the new format rotates in, he would re-evaluate the metagame and pick a different deck (if necessary) that is able to compete adequately in the new metagame.