This report will cover 53 top-performing decks from 9 tournaments that were held in Japan and China during 14 – 17 July 2018.

Despite having a good number of participants, the following tournaments only allowed cards that were released on and before 13 July 2018, and this meant that cards from Soul Fusion which was released on 14 July 2018 were not allowed.

Since the purpose of this report is to evaluate the impact of Soul Fusion in the OCG competitive scene, these 4 tournaments are excluded from this tabulation.

Fortunately, 16 July 2018 is Marine Day (Umi no Hi), a national holiday in Japan, and thus there were a few tournaments being held on this Monday to bring up the tournament count. 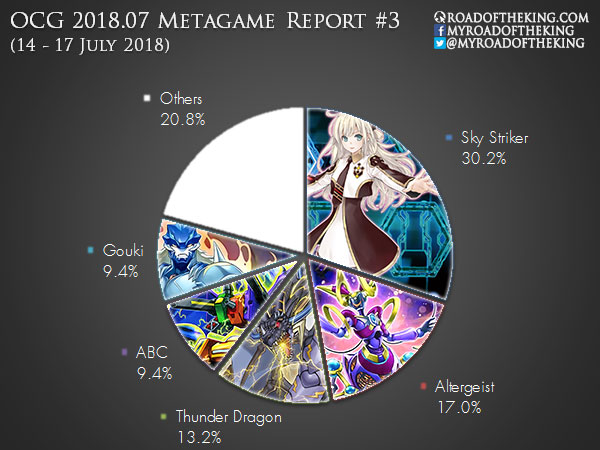 The impact of Thunder Dragon can be seen in the deck building of Sky Striker as running 3 Infinite Impermanence in the Main Deck is now the standard build.

His pro-active approach is further illustrated in his choice to run 3 Dimensional Barrier to preemptively deny the opponent from performing any Special Summoning of Fusion Monsters. 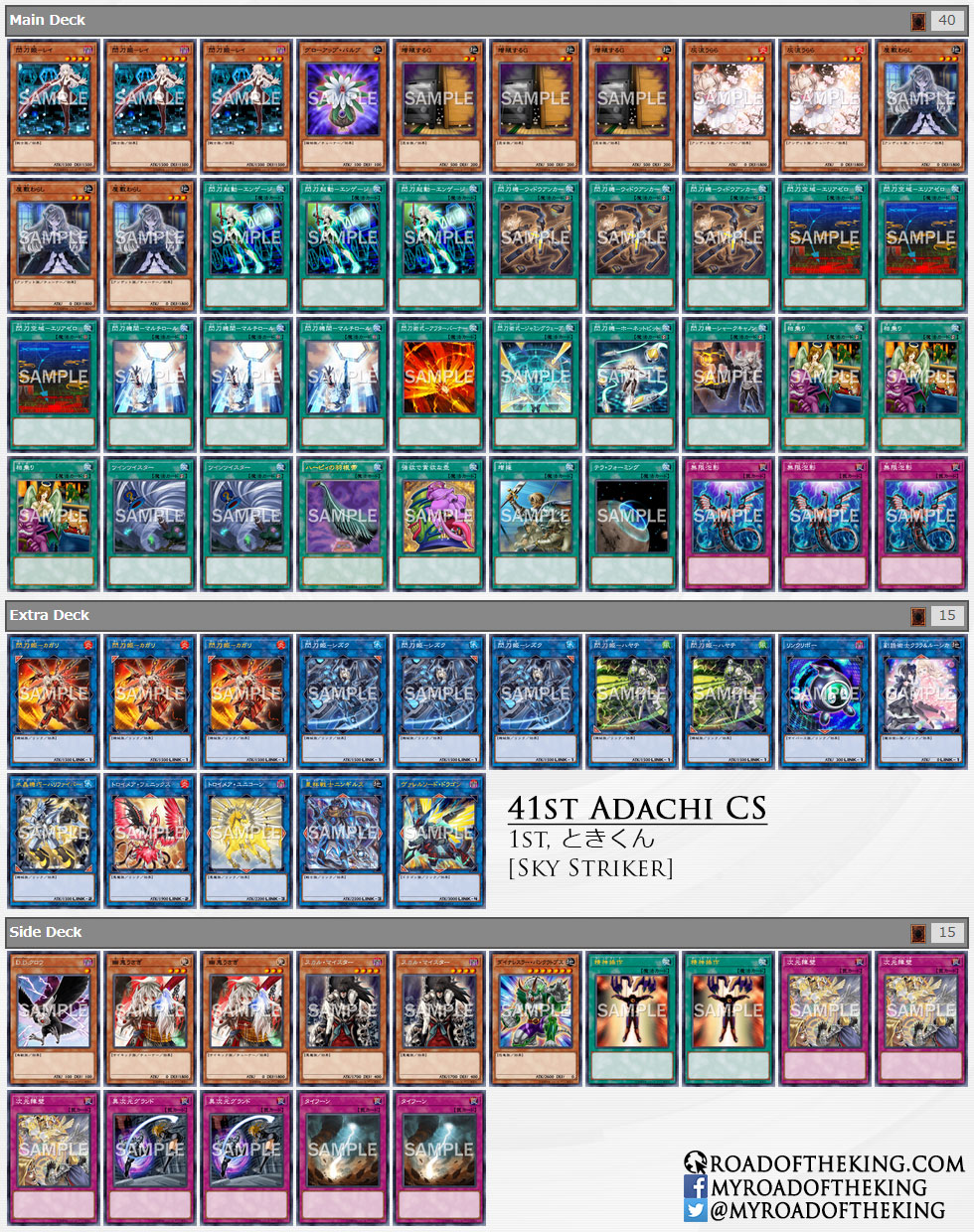 Altergeist is largely unaffected by Thunder Dragon Colossus as they do very minimal adding of cards from deck to hand.

The heavy Spell hate of Secret Village of the Spellcasters, Anti-Spell Fragrance and Imperial Order that were originally used against Sky Striker, are also relevant against Thunder Dragon by blocking out their Gold Sarcophagus play. 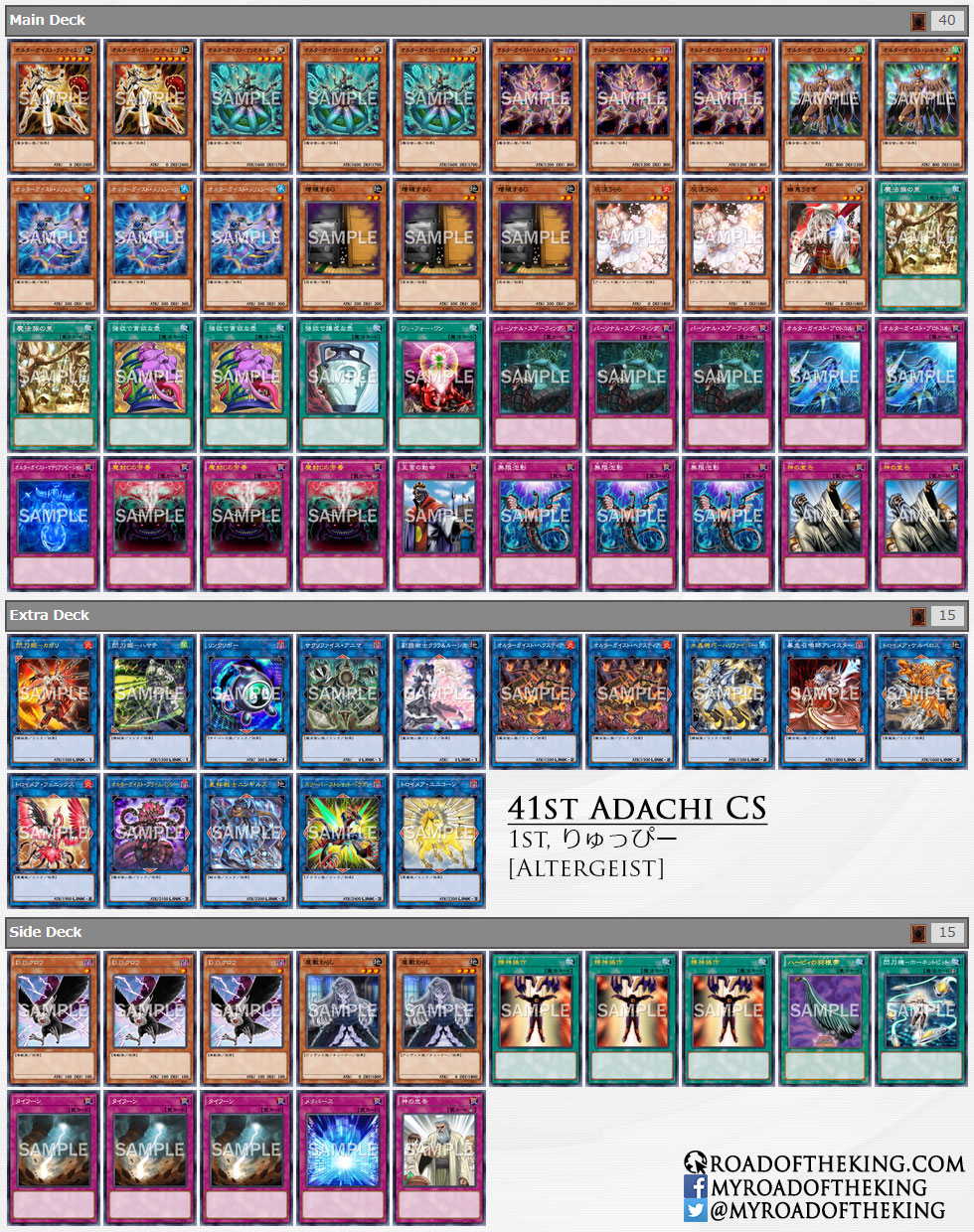 Thunder Dragon Colossus has a very powerful effect that denies the opponent of adding cards from the deck to hand. This in particular affects Sky Striker significantly as their whole game plan revolves around Sky Striker Mobilize – Engage!. Colossus also hampers Gouki and ABC, but this requires Thunder Dragon going first to setup.

Both Thunder Dragon Colossus and Thunder Dragon Titan come with destruction substitute effect, making them very difficult threats to answer. As such, Super Polymerization and Forbidden Apocrypha are some popular Side Deck cards against Thunder Dragon. 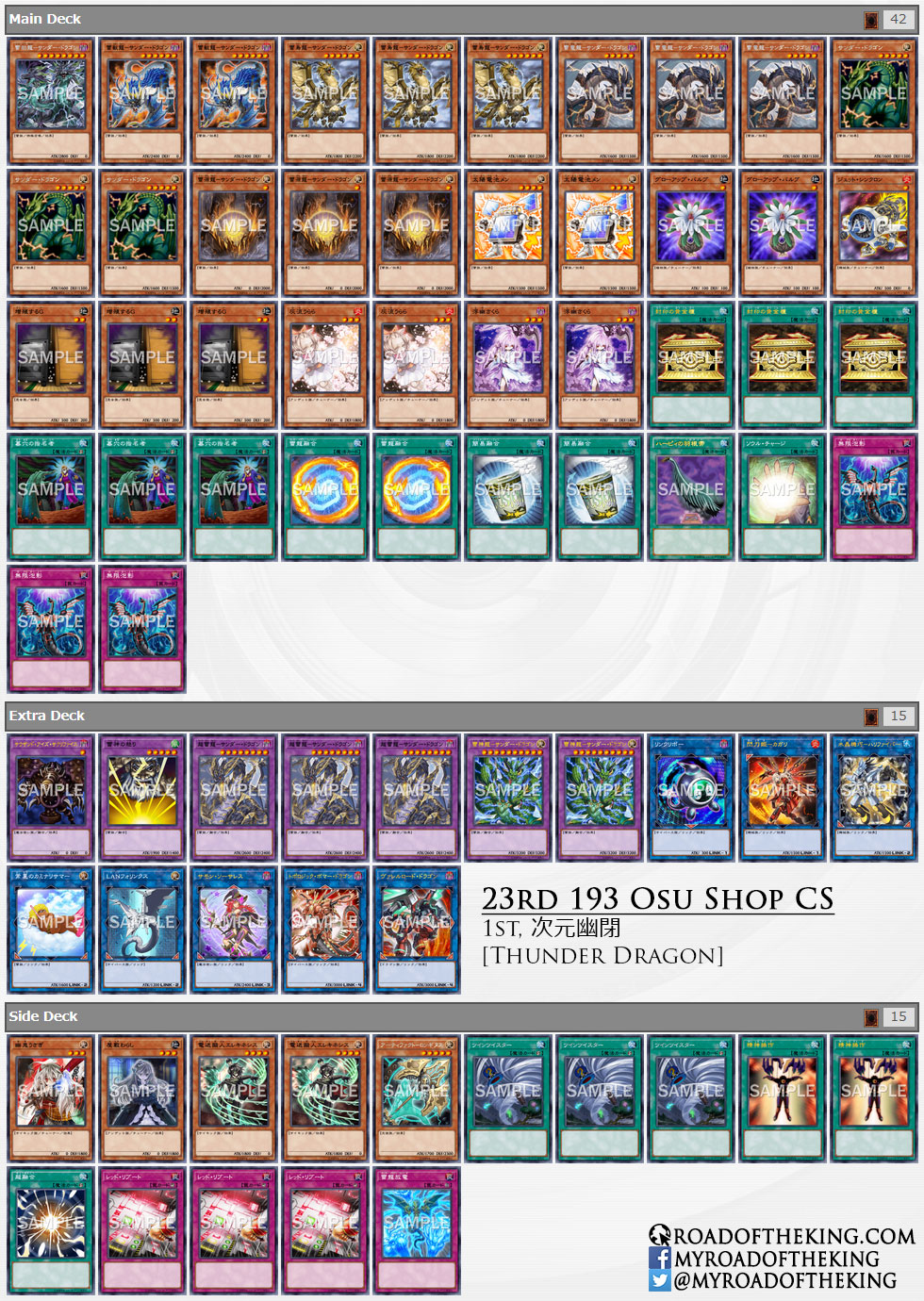 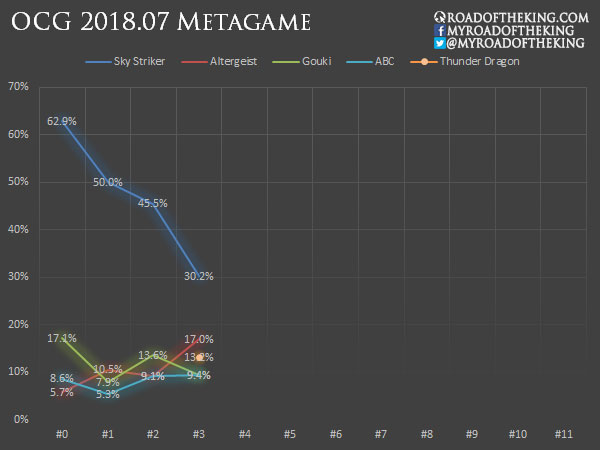 Thunder Dragon has a notable impact on the metagame right on its debut, especially by putting Sky Striker in check. This in turn opens up the opportunity for other decks to compete.

Dinowrestler Pankratops is a new card from Soul Fusion that has been gaining popularity in the Side Deck. A high ATK combined with a Quick Effect destruction ability makes it a very flexible and versatile removal.