This report will cover 36 top-performing decks from 4 tournaments that were held in Japan and China during 3 – 6 March 2018. 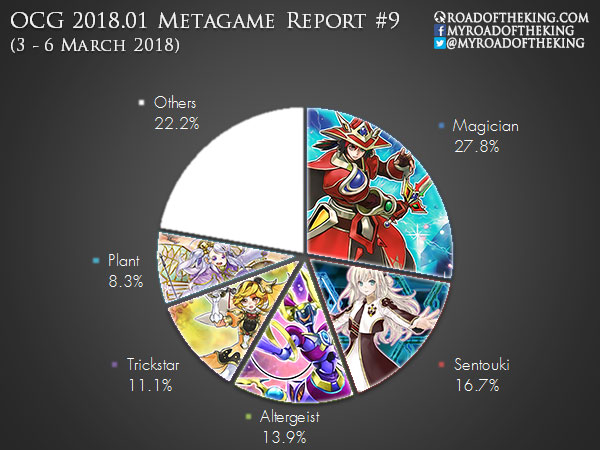 He ran PSY-Framegear Gamma due to the prevalence of Plant in the previous weeks.

Imperial Order in the Side Deck is mainly against Sky Striker, which had gain quite some popularity over this week. 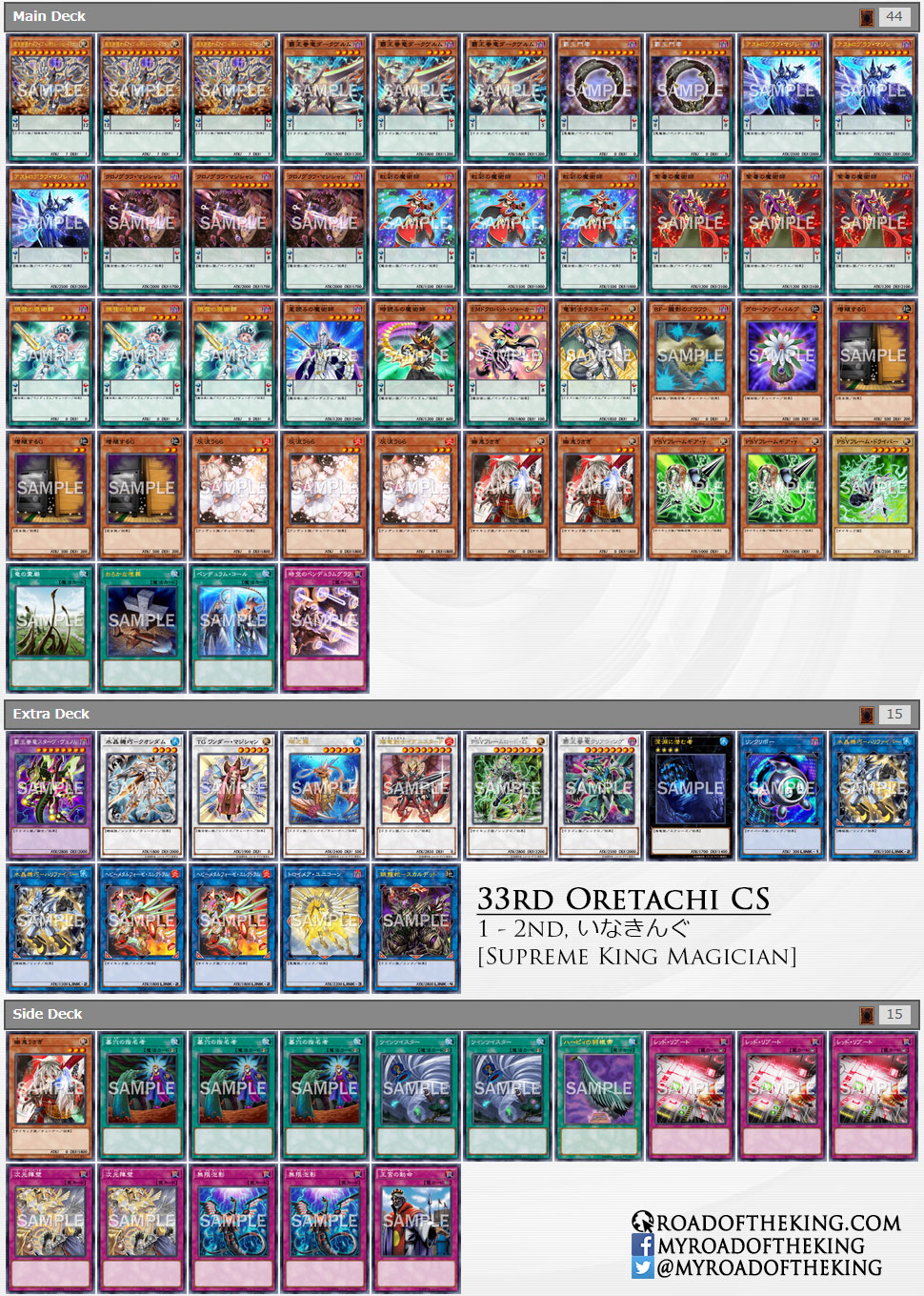 “Sky Striker” Spell Cards have an additional effect that is applied when 3 or more Spell Cards are in the graveyard, allowing them to trade one-for-two against the opponent. This allows Sentouki to pull ahead in card advantage, especially when the game drags on.

A copy of Toon Cyber Dragon is played in the Side Deck, to be swapped with Toon World when going second. Toon Cyber Dragon rids the opponent’s threat in the Extra Monster Zone by using them to Special Summon Chimeratech Megafleet Dragon. 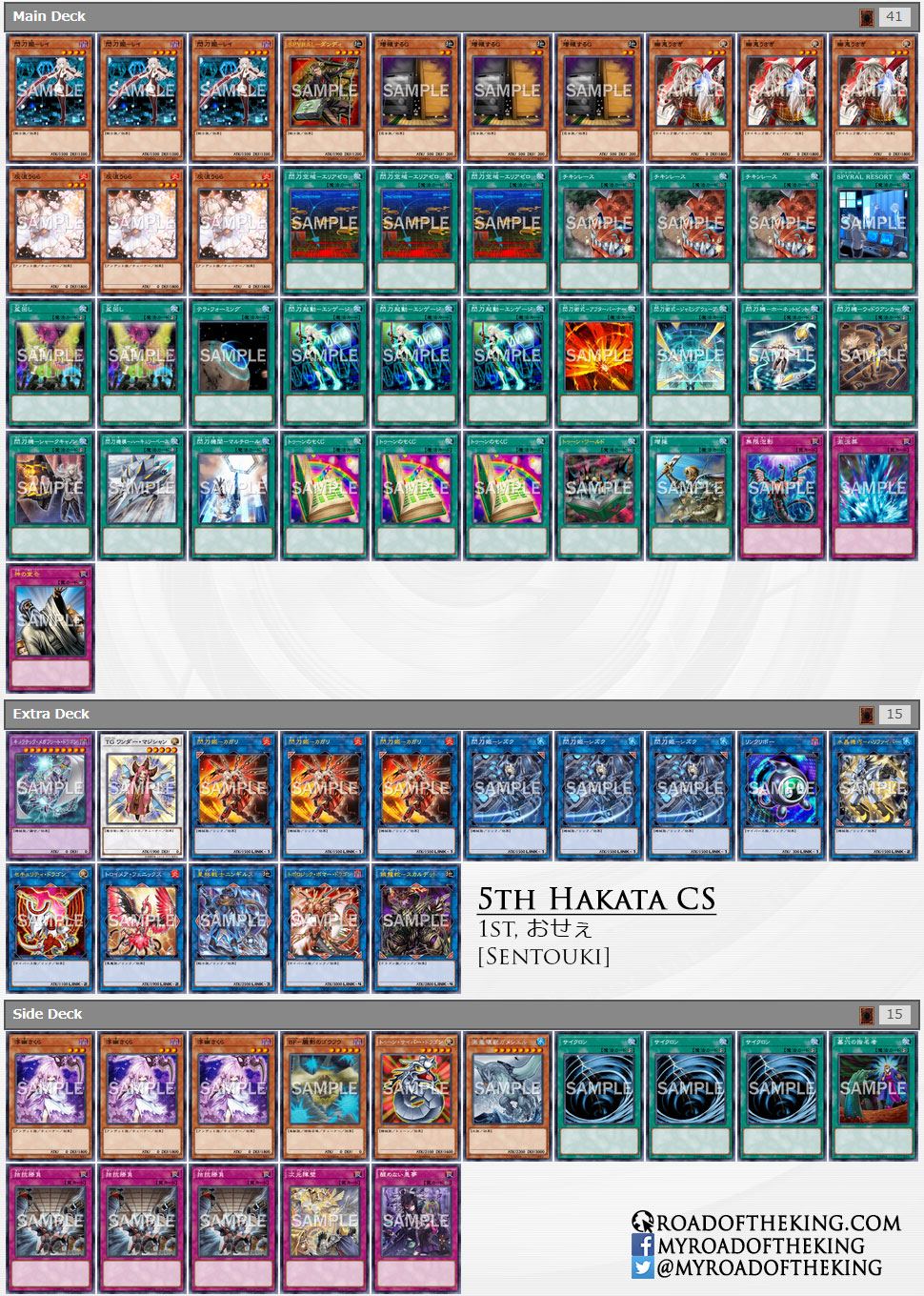 In his Main Deck, he played 3 copies of Torrential Tribute, a rather underrated Trap Card but very synergistic with Altergeist.

When going first, Altergeist generally commits only to the backrow, setting a couple of Trap Cards, but not summoning any monsters. This makes Torrential Tribute an effective board wipe for disrupting the opponent’s play, and at the same time triggering Altergeist Multifaker.

When going second, the 3 copies of Torrential Tribute can be smoothly switched out for 3 copies of Evenly Matched. 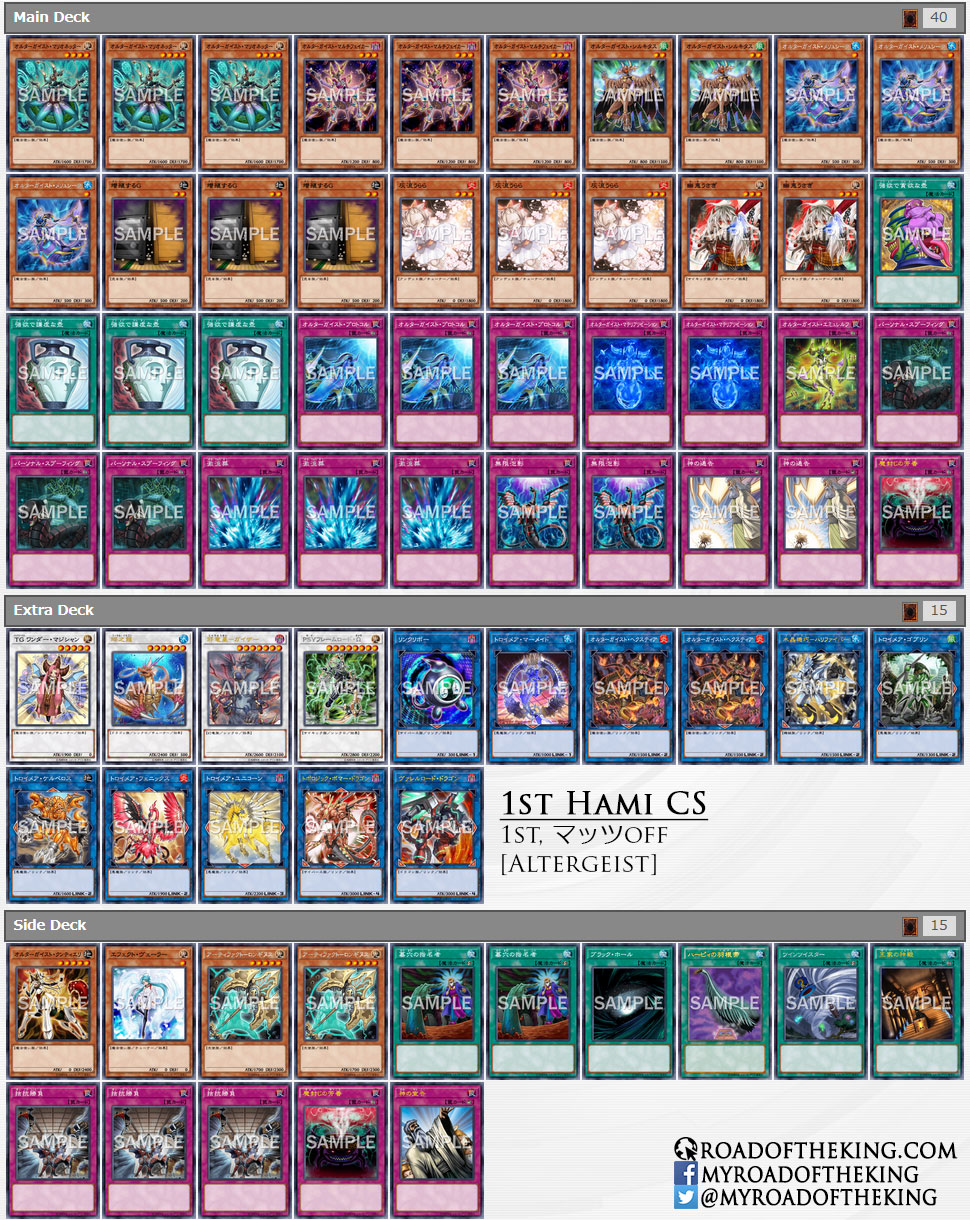 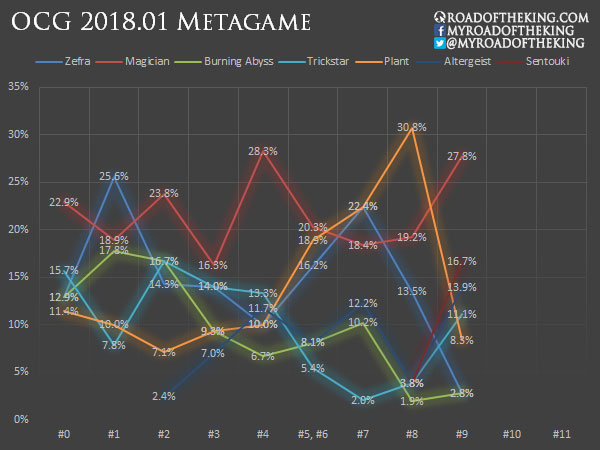 This week’s results are largely unreliable due to the small numbers of tournaments, resulting in a lack of sample diversity. Despite the small data set, this week’s report was not combined with next week’s report so that the impact of Structure Deck R: Curse of the Dark can then be accessed accurately.

While nothing conclusive can be drawn from the data, we can still observe certain trends from various players’ deck building.

Against Sky Striker, we might see the return of Imperial Order in the Side Deck. Anti-Spell Fragrance is also another possible choice for non-Pendulum decks.