This report will cover 35 top-performing decks from 5 tournaments that were held in Japan and China during 19 – 22 January 2019. 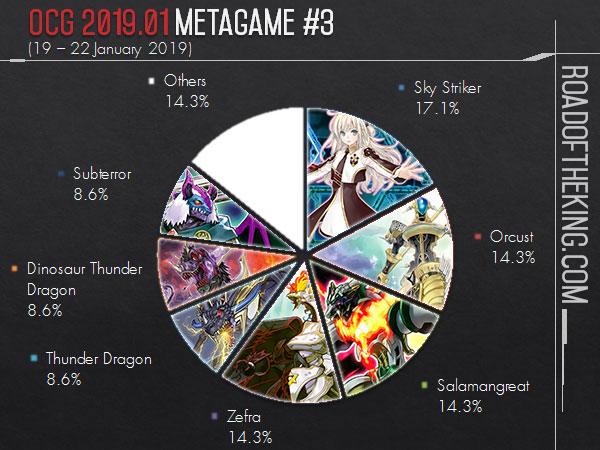 The overall pace of the metagame has slowed down and more decks are going taking a more control approach by running more Solemn Traps in the deck.

Kinnikuso ran 2 copies of Solemn Judgment in the Main Deck.

One of the more common ways that Sky Striker loses control of the game is having a timely Harpie’s Feather Duster sweeping their Spells/Traps and nulling the advantage from Sky Striker Mecha Modules – Multirole.

As Solemn Judgment could negate Harpie’s Feather Duster and Twin Twisters, it is the preferred choice for Sky Striker over Solemn Strike and Solemn Warning. 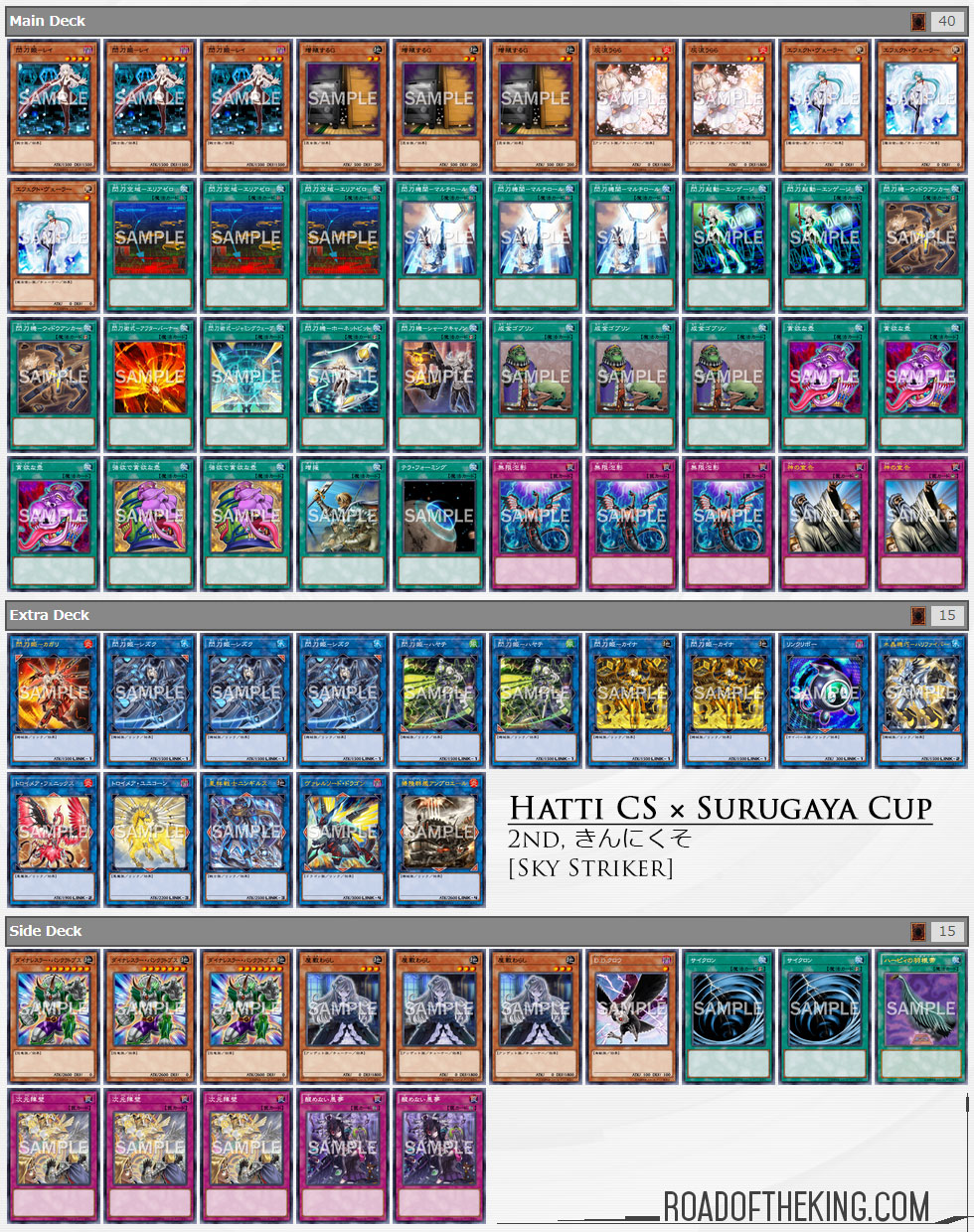 After a poor debut weekend, Orcust is starting show some results.

There is yet to be an optimised build for Orcust as players are still currently experimenting with different combos.

The starting point of the combo is to Link Summon Knightmare Mermaid and use its effect to Special Summon Orcust Knightmare.

The advantage of the DARK Warrior engine is having the Destrudo the Lost Dragon’s Frisson synergy, a Tuner Monster that enables Crystron Halqifibrax and Borreload Savage Dragon. 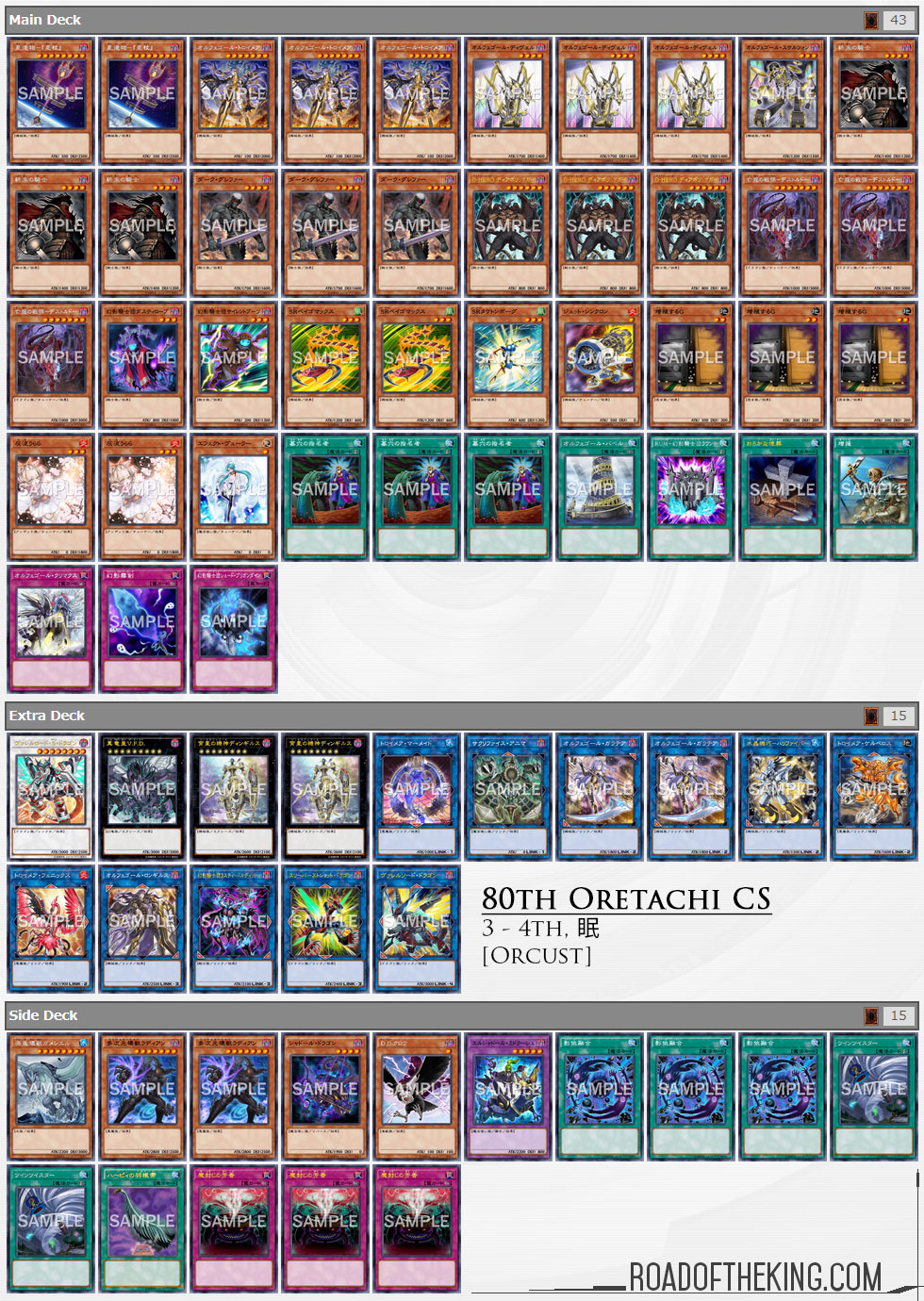 However, if both Hornet Drones and Iblee are in the opening hand, then the Hornet Drones combo can be executed first to bring out Knightmare Mermaid. After which Normal Summon Iblee and use its effect to Special Summon Cerberus or Phoenix from the graveyard, allowing for an extended play. 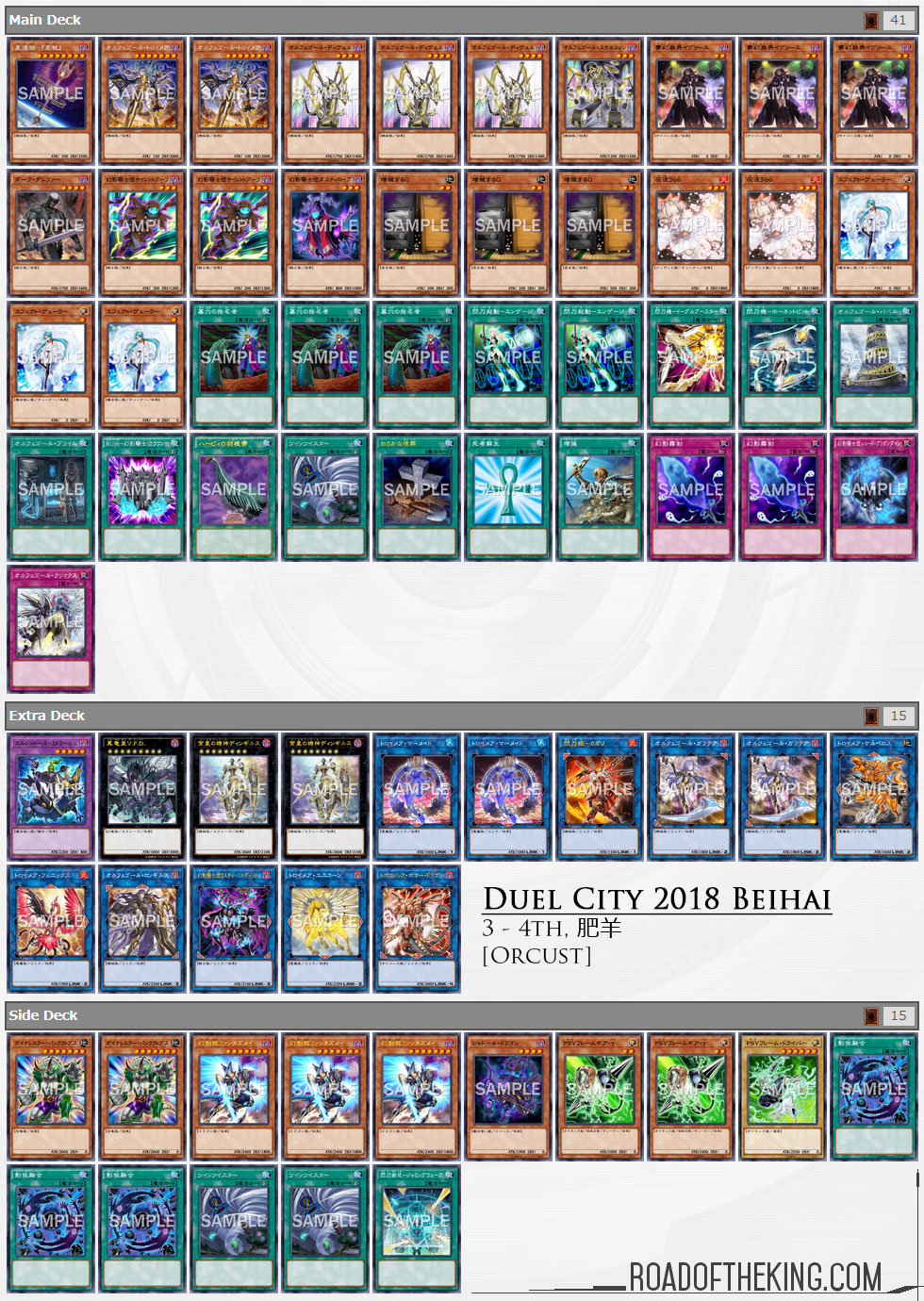 He was featured in last week’s report and went on to achieve another victory this week.

He has tuned his Side Deck to improve his match-up against Thunder Dragon, cutting out 2 D.D. Crow and 1 Starving Venom Fusion Dragon for 1 Ghost Belle & Haunted Mansion and 2 Dimensional Barrier. 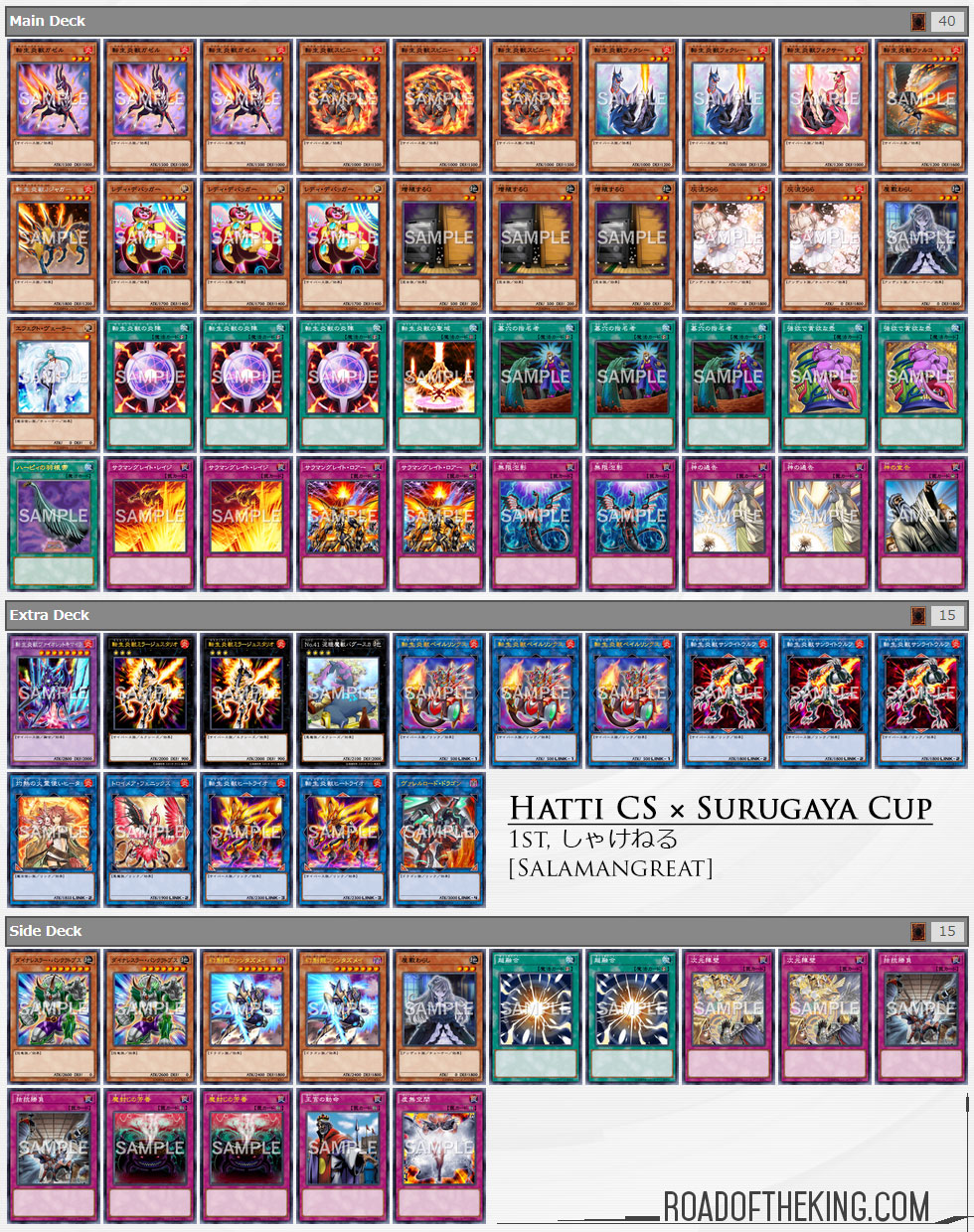 The Speedroid engine complements well with Zefra, providing the flexibility to fetch for a low Pendulum Scale or for developing the board. 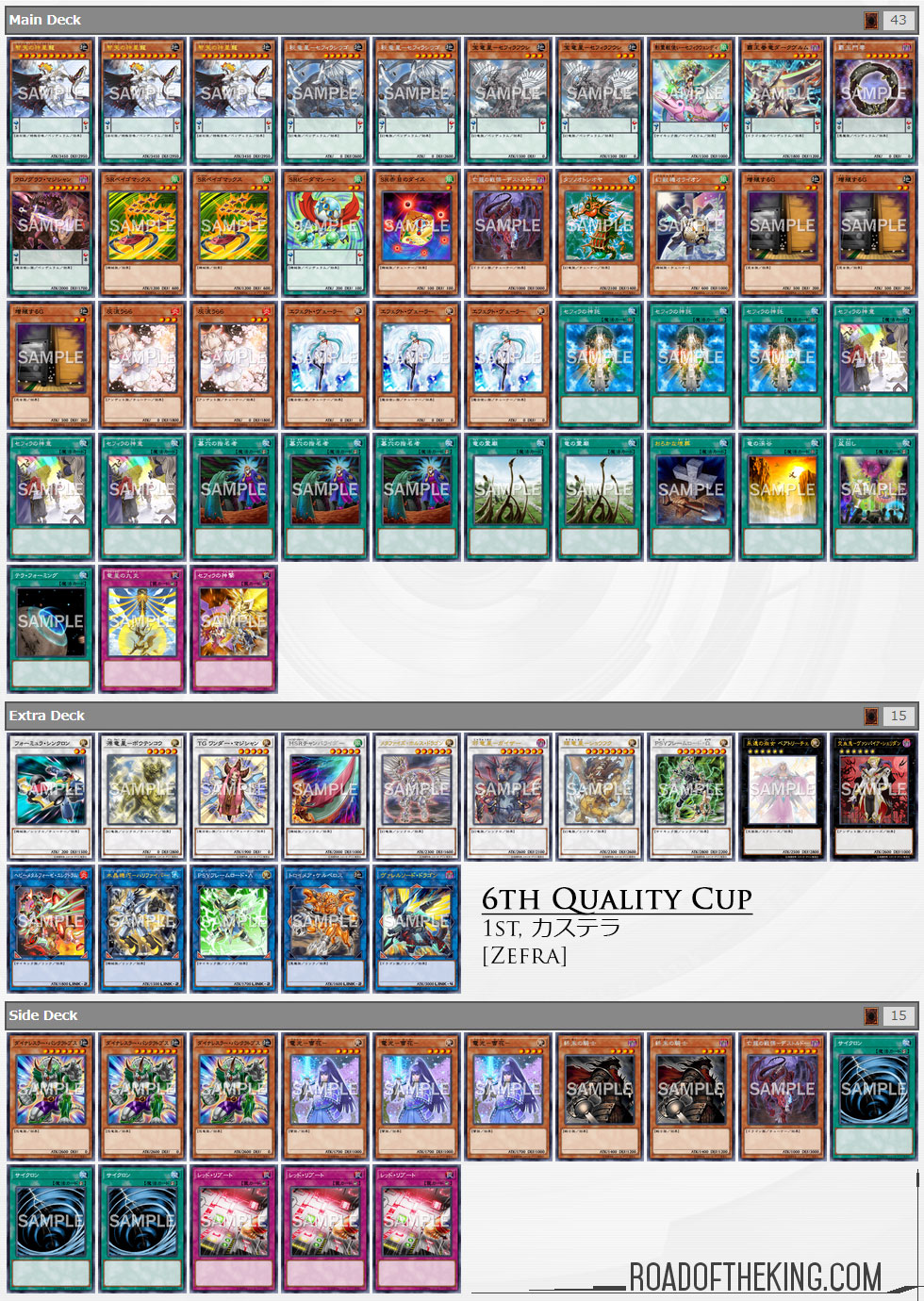 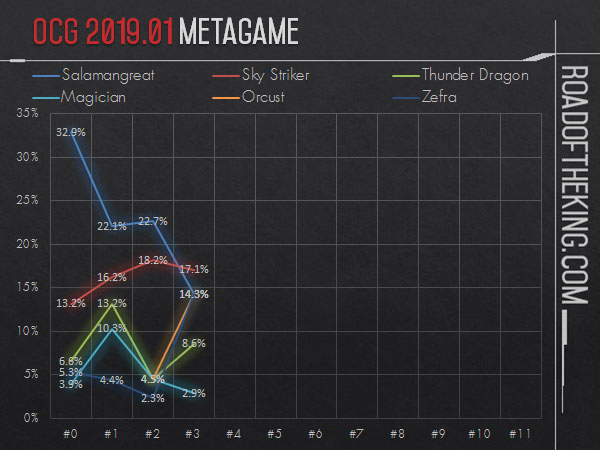 Sky Striker, Orcust, Salamangreat and Zefra are sharing the top spot with an almost equal split.

The metagame has yet to settle, especially with Orcust joining in the competitive scene, and should expect to see some changes over the next few weeks.