This report will cover 22 top-performing decks from 4 tournaments that were held in Japan and Malaysia during 7 – 10 July 2018. 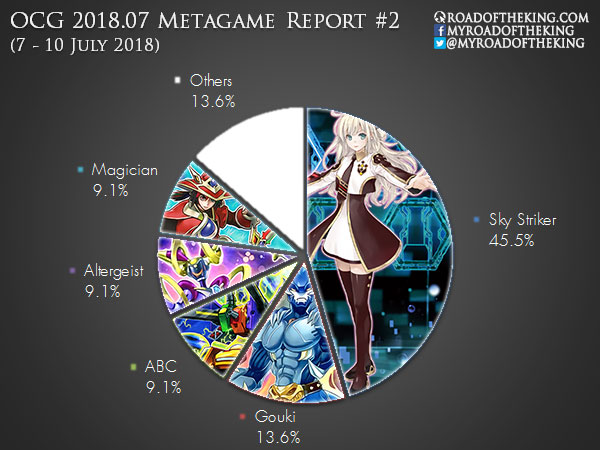 Pot of Desires has been gaining popularity among the Japanese players but remains a debatable inclusion to Sky Striker.

This ensures that the basic Sky Striker loop is still possible, then the card advantage from Pot of Desires would put you momentarily ahead of the opponent. This lead would create a snowball effect and eventually accumulate to a victory.

However, since Pot of Desires is generally a card that you only want to see in the mid-game onwards and not so much in the opening hand, most players prefer to run just 1 copy of it. 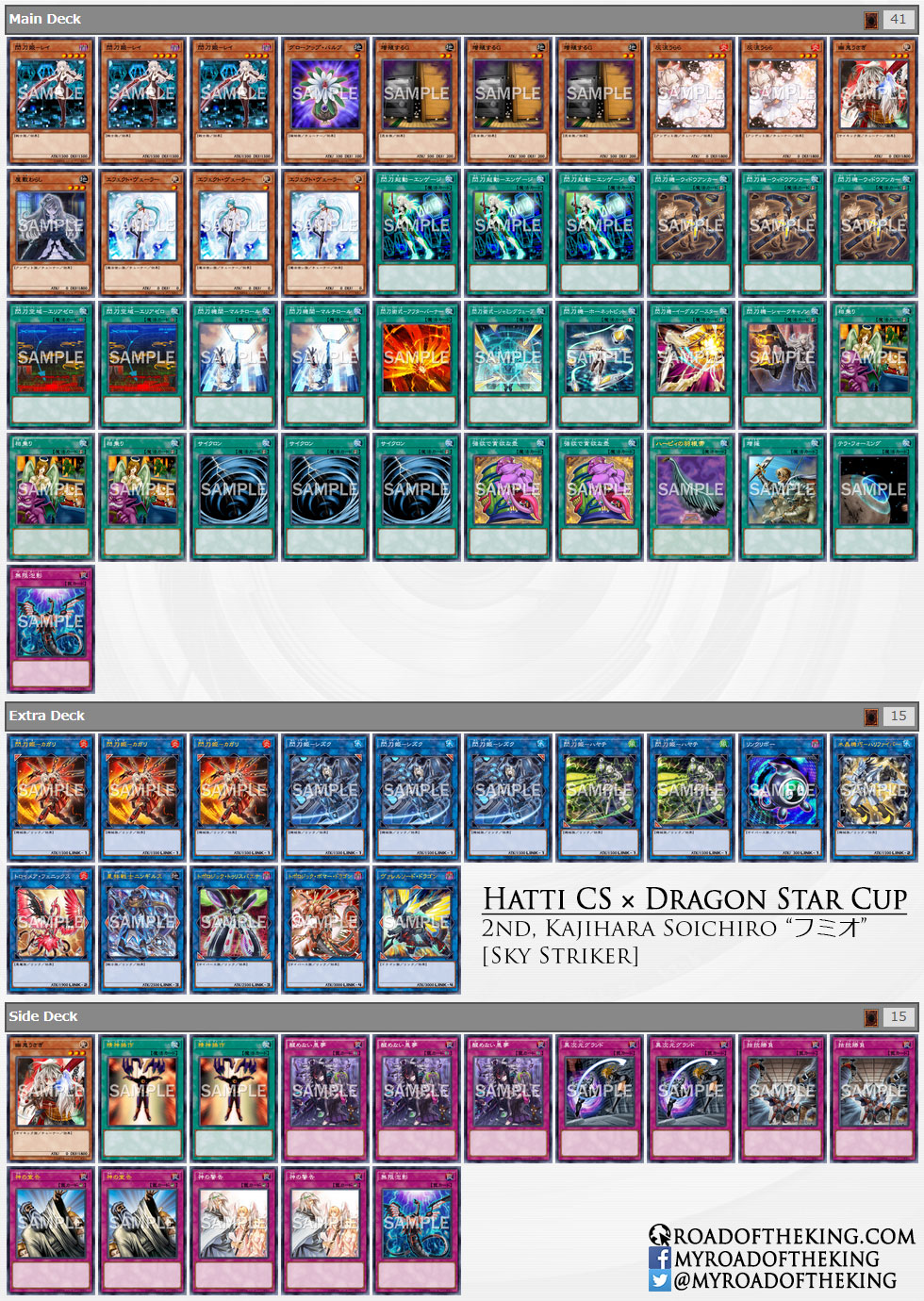 HERO Gouki has been gaining popularity since the limitation of Sky Striker Mecha – Hornet Drones.

A Hero Lives is used to Special Summon Elemental HERO Stratos, whose effect would add Vision HERO Vyon to hand. Vyon is then Normal Summoned and its Trigger Effect would send Destiny HERO – Malicious from deck to the graveyard. This basically starts off the whole Gouki combo as you can now go into Isolde, Two Tales of the Noble Knights to bring out a Gouki and then leading into Summon Sorceress.

However, a Maxx “C” chained to A Hero Lives would often halt the whole combo, leaving the Gouki player vulnerable with only 4000 Life Points and a bare board.

Zeratin runs 1 copy of Mask Change II as an alternative play when his A Hero Lives is met with a Maxx “C”. Instead of Stratos, he would Special Summon Elemental HERO Shadow Mist which would get him Mask Change II. Then during the opponent’s turn, Mask Change II on Shadow Mist will bring out Masked HERO Dark Law. 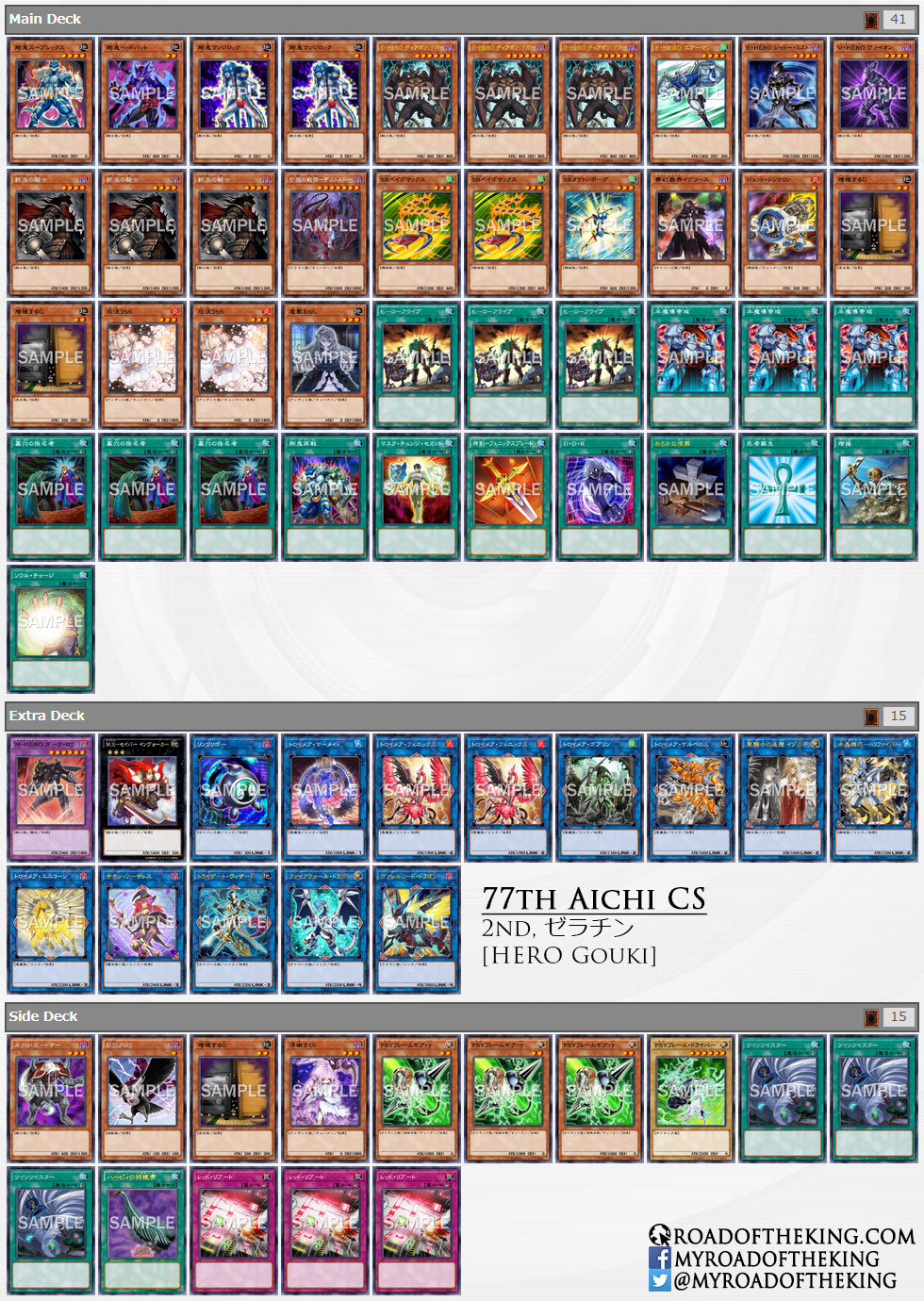 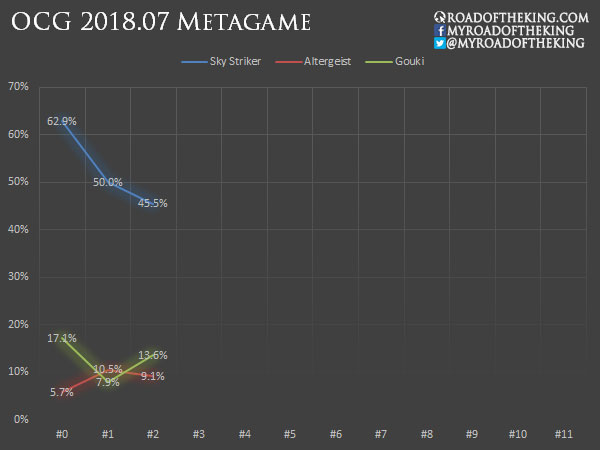 Both the Asia Championship 2018 and the South Korea WCQ 2018 saw Sky Striker being victorious.