This report will tabulate 38 top-performing decks from 6 tournaments that were held in Japan and China during 30 June – 1 July 2018. 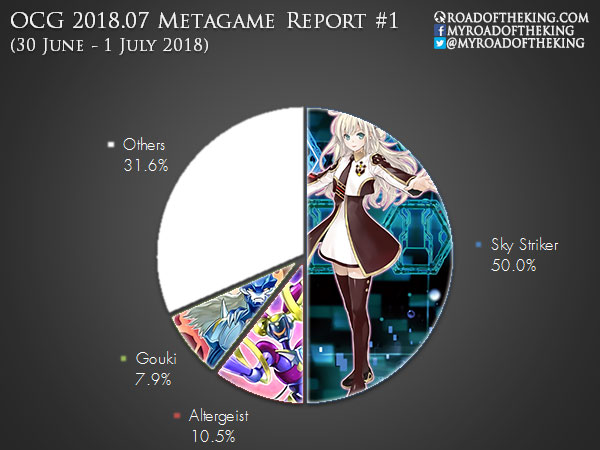 Okamoto Taishi “ヤケイ” finished 1 – 2nd in the West Japan WCQ 2018, and is 1 of the 6 Japan representative competing in the World Championship 2018 this year.

This in turn makes Mind Control less desirable in the mirror match and we see players switching to playing Cursed Seal of the Forbidden Spell and White Howling in the Side Deck instead.

Typhoon, Unending Nightmare and Heavy Storm Duster are also sided in to break Secret Village of the Spellcasters, Anti-Spell Fragrance or Imperial Order. 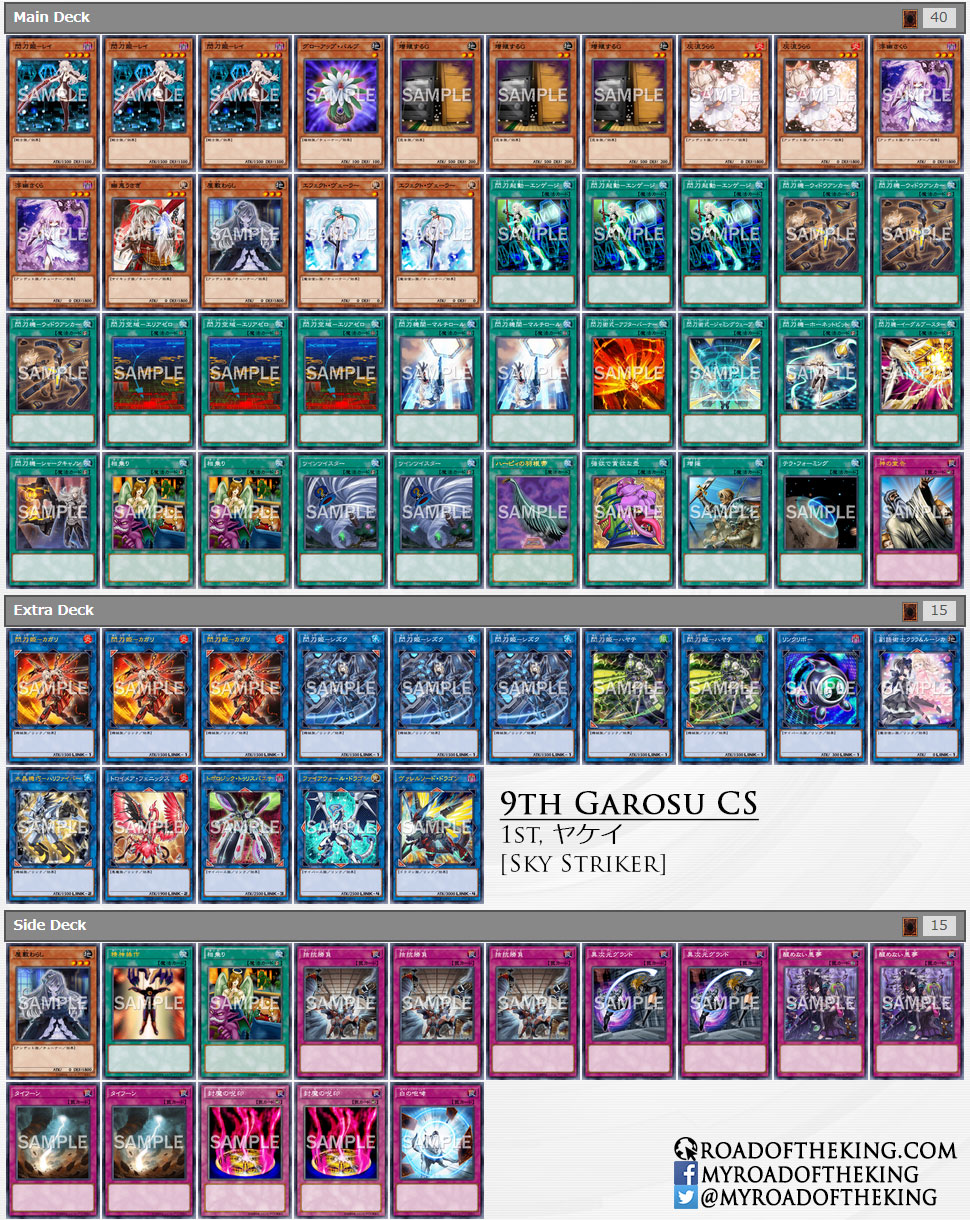 Altergeist are now running 3 Secret Village of the Spellcasters, 3 Anti-Spell Fragrance and 1 Imperial Order in the Main Deck to beat Sky Striker.

More players are also running PSY-Framegear Gamma in the Side Deck against Knightmare Link decks such as Gouki, ABC and SPYRAL. PSY-Framegear Gamma is immune to Called by the Grave and Magical Mid-Breaker Field, and by negating and destroying a critical monster such as Summon Sorceress or Firewall Dragon would break the combo. 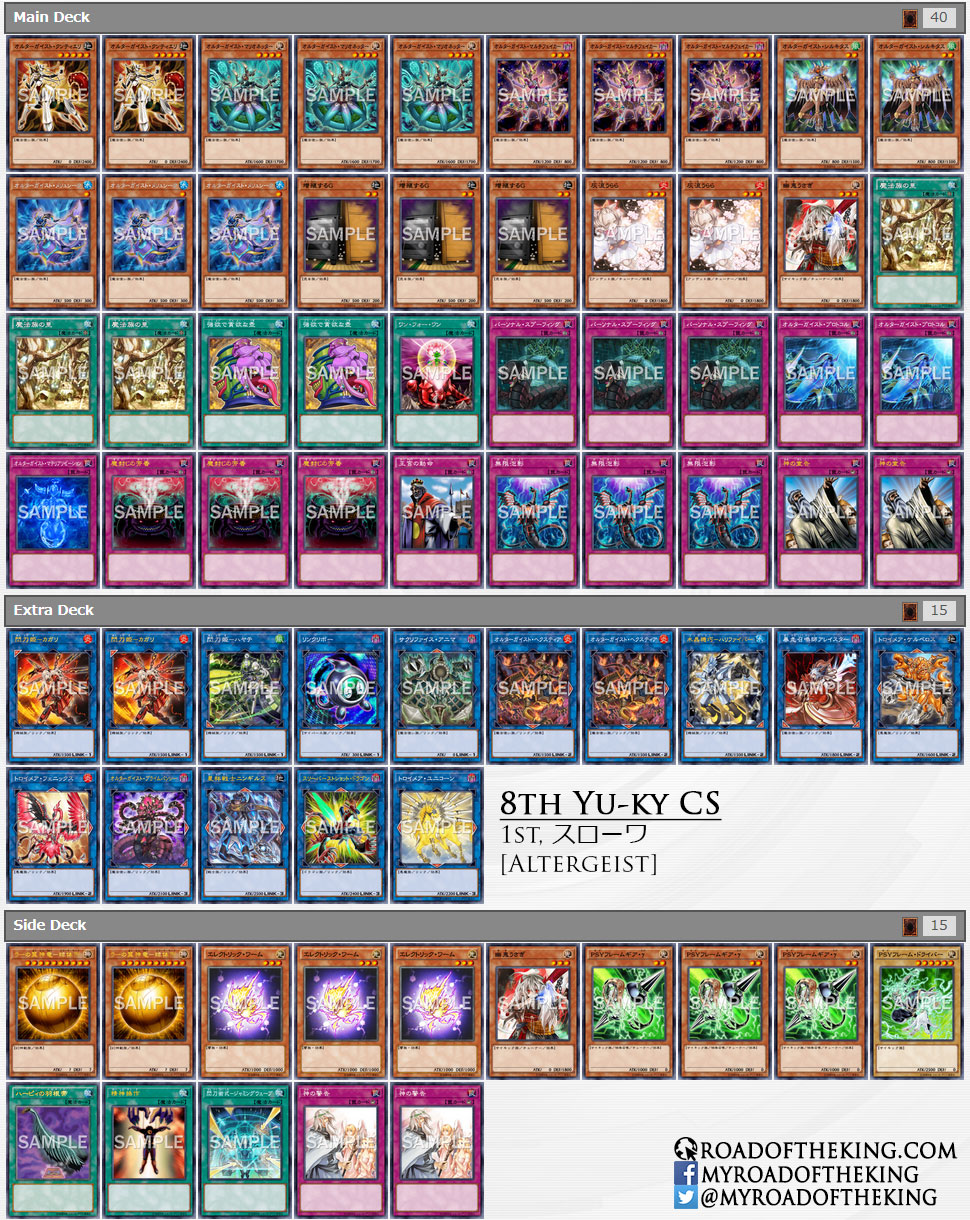 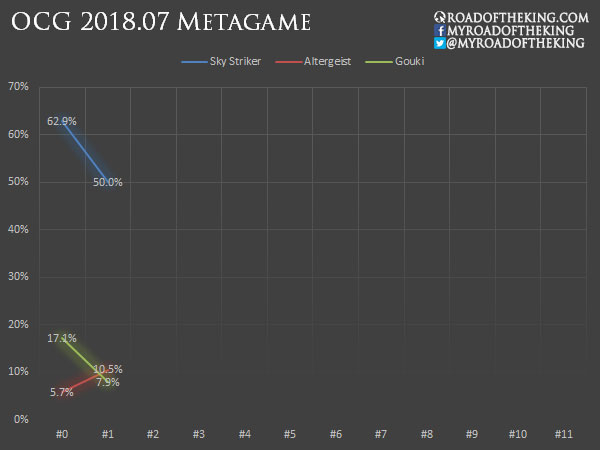 Sky Striker is the most popular and consistent top performer in the current competitive scene.

Gouki is having a hard time against PSY-Framegear Gamma and Different Dimension Ground.

Asia Championship 2018 is happening in the upcoming weekend. Follow us on Yu-Gi-Oh! Events or Beyond the Duel and find out which players will be representing Asia in the World Championship 2018.