This report will cover 144 top-performing decks from 13 tournaments that were held in Japan and China during 15 – 21 August 2018. 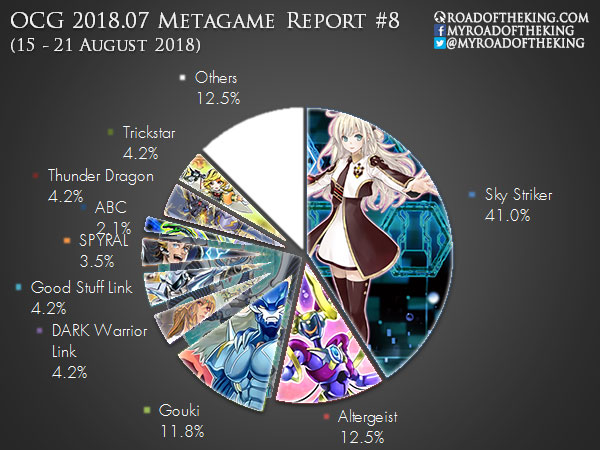 The decline of Thunder Dragon and the rise of Altergeist has opened up the opportunity for Knightmare Link decks to perform well in the competitive scene.

The increase in Knightmare Link decks is not apparent initially as the deck can be built in a variety of ways – Gouki, DARK Warrior Link, Good Stuff Link, SPYRAL, ABC. However, when their numbers are tallied together, they hold a strong 25.7% of the competitive scene, double that of Altergeist.

Knightmare Link decks’ setup with Extra Link is difficult for both Sky Striker and Altergeist to deal it. Borrelsword Dragon and giving the opponent Knightmare Corruptor Iblee is often enough to shutdown Sky Striker, while Red Reboot leads to a One-Turn-Kill (OTK) against Altergeist. 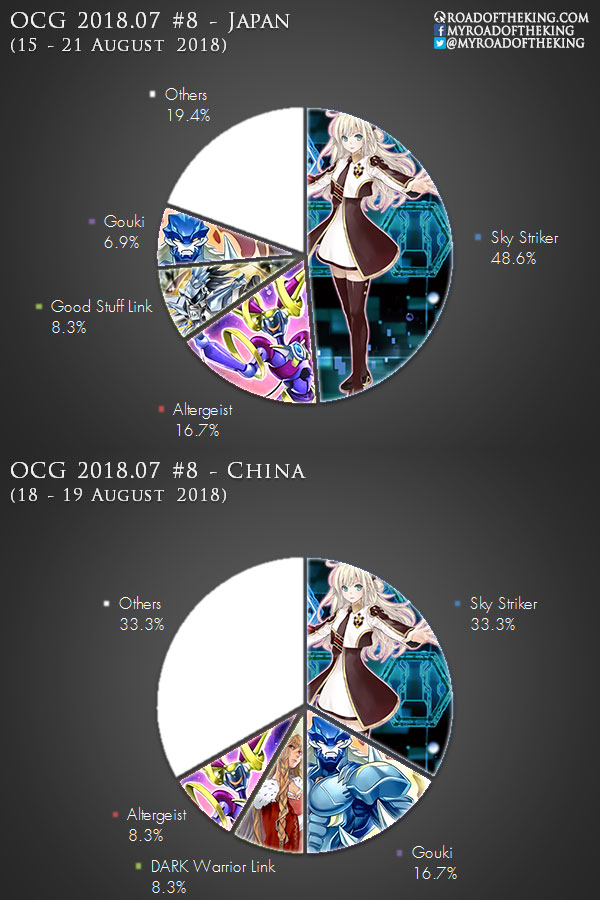 Interestingly both the Japanese and Chinese players have come to the same conclusion that Knightmare Link decks are a strong contender for the current competitive scene, but they have developed different decks for the same approach.

Gouki is common among both regions, but the Japanese players went with Good Stuff Link, while the Chinese players took on DARK Warrior Link.

The increased popularity of Knightmare Link decks have players allocated more Side Deck cards such as Skull Meister and Different Dimension Ground against them.

Skull Meister is able to negate Destiny HERO – Malicious, Dandylion, Doppelwarrior, Glow-Up Bulb, Jet Synchron, the various Gouki monsters, and many more Monster Effects that trigger in the graveyard. Skull Meister is unaffected by Magical Mid-Breaker Field, and multiple copies can be activated within the same turn, thus running 2 to 3 copies is great against an opponent who tries to power through the Maxx “C” challenge.

Different Dimension Ground is a great answer against That Grass Looks Greener. At times it has to be preemptively activated before the opponent Link Summon, but it would still be a decent tempo play that earns you a turn. 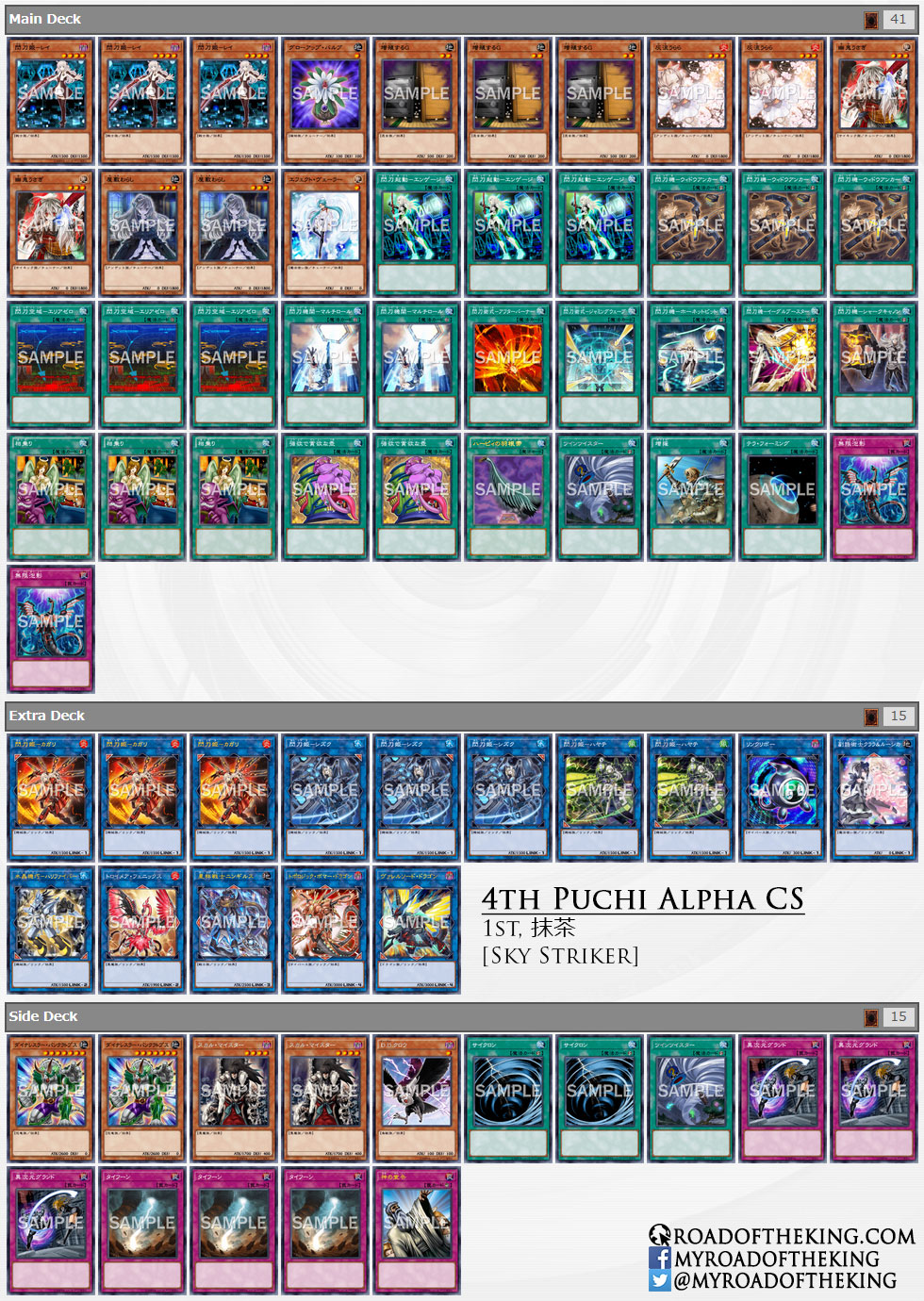 He ran Scapegoat to protect himself from being OTK by Knightmare Link decks, especially when his traps are shutdown by Red Reboot.

Offensively, Scapegoat can also be used to Link Summon Summon Sorceress (through Linkuriboh and Security Dragon). Its effect can be used to Special Summon for Altergeist Meluseek by targeting another Spellcaster monsters. This allows him to go into Knightmare Cerberus and then Knightmare Gryphon in the Main Monster Zone. By shutting down the Monster Effects of Special Summoned monsters with Gryphon, Knightmare Link decks would have a difficult time developing their board. 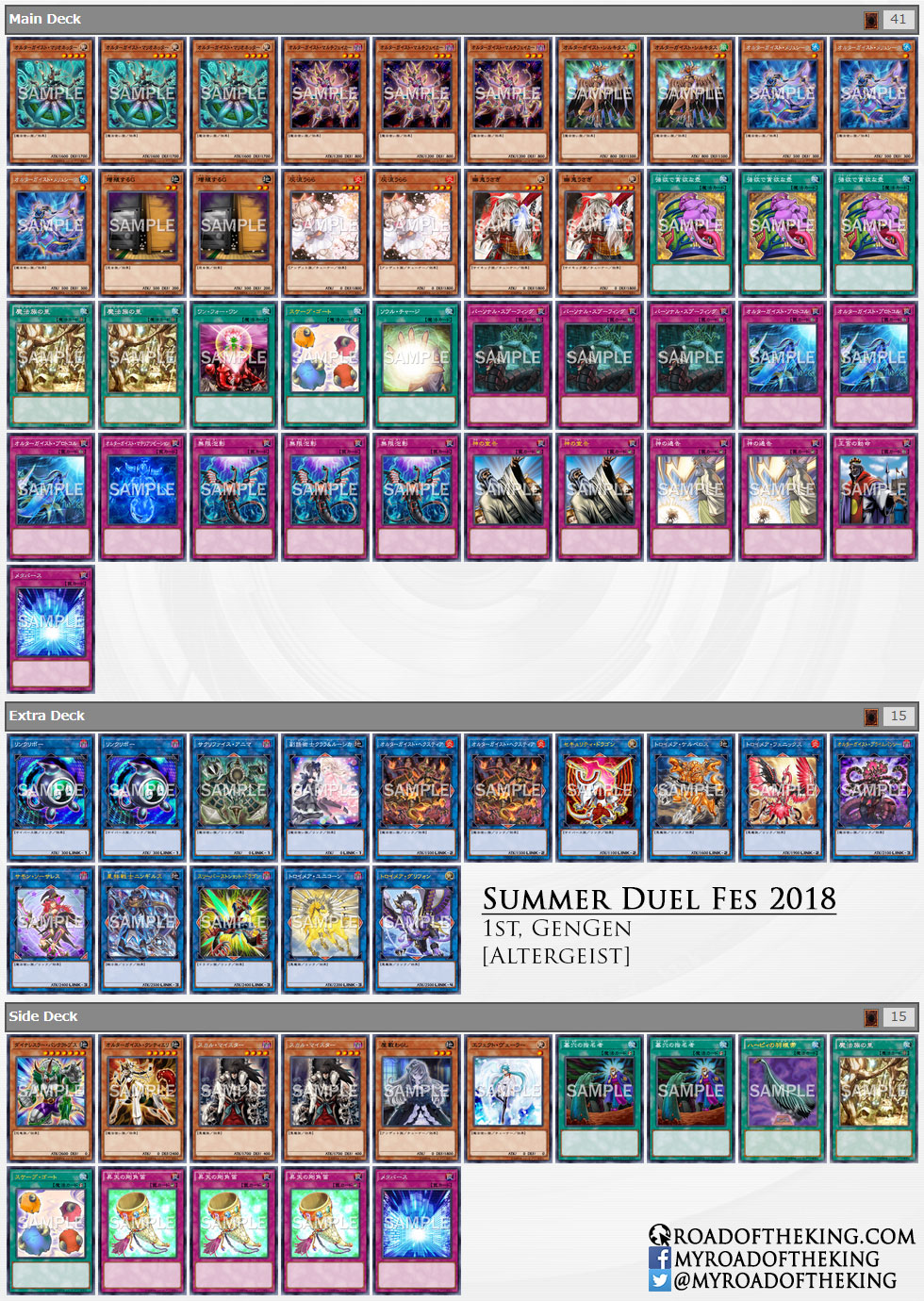 They ran almost identical builds, but Xiao Pei chose to cut both copies of Dinowrestler Pankratops for the third Twin Twisters and the third Infinite Impermanence in the Side Deck.

They have chosen to go for a 60-card That Grass Looks Greener Gouki build, enabling them to run 4 Equipment Spell cards in the deck. This allows Isolde, Two Tales of the Noble Knights to Special Summon Armageddon Knight and further extending the combo.

But more often Neo-Spacian Aqua Dolphin is Special Summoned by Isolde to discard a monster from the opponent’s hand. This would commonly pick off Ghost Belle & Haunted Mansion, ensuring that Gouki Re-Match and Soul Charge would be able to resolve successfully later on.

An in-depth article written by Xiao Pei about the deck construction and card choices is available in Chinese: 60割草刚鬼浅谈 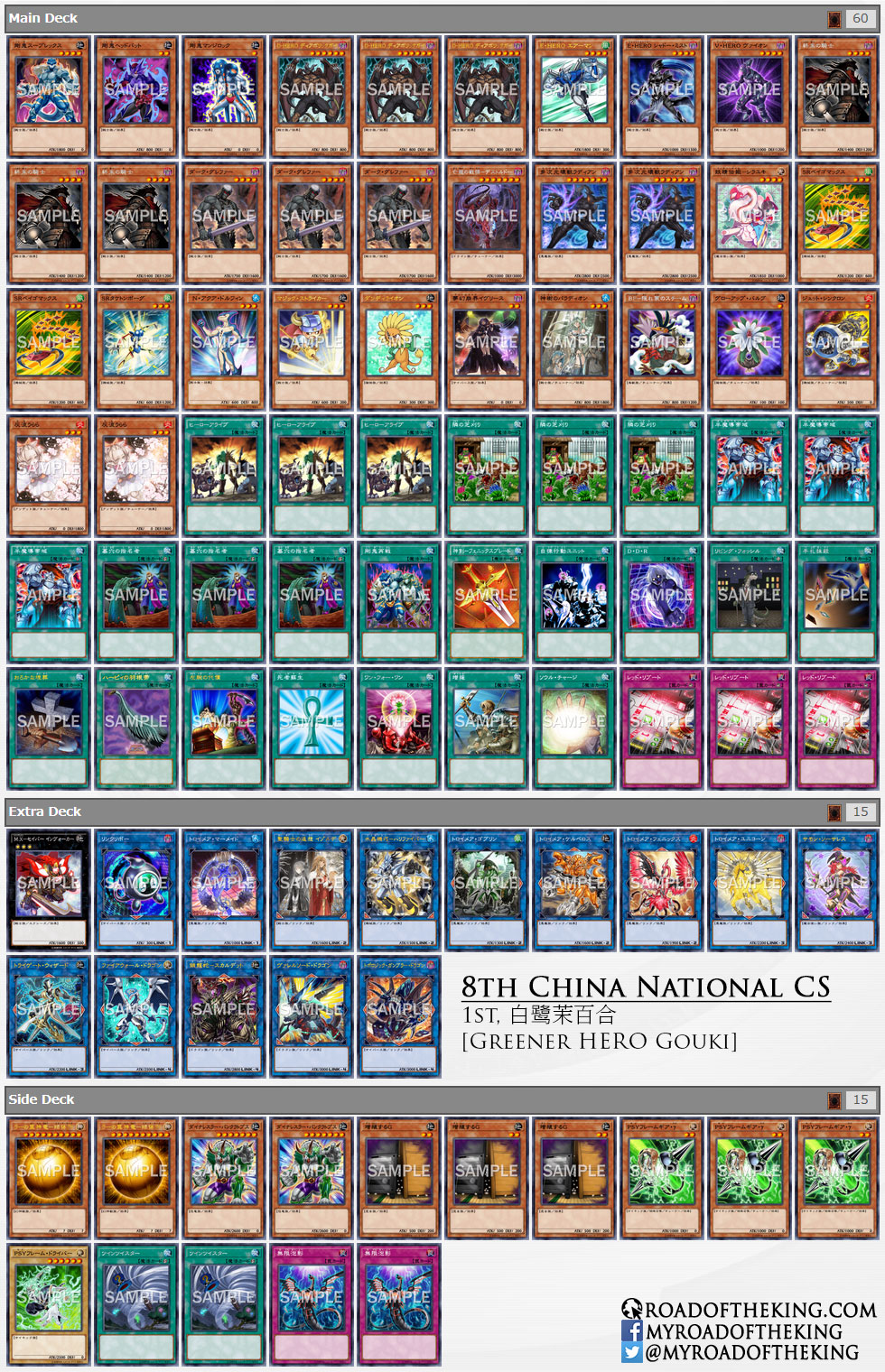 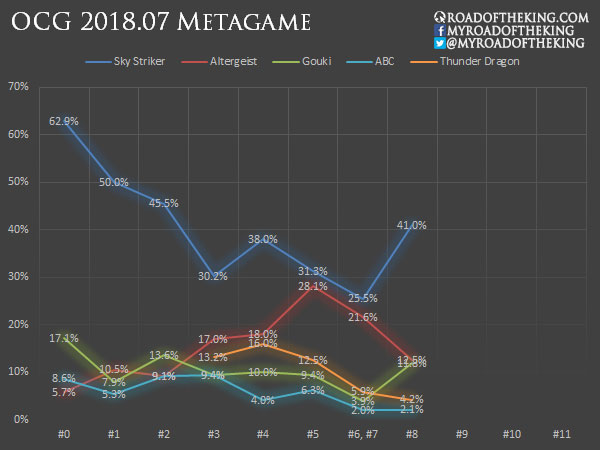 The metagame continues to evolve during the week of Bon Festival in Japan and CNC in China.

Sky Striker and Altergeist have to adapt and adjust their builds against threats from the various Knightmare Link decks to remain relevant in the competitive scene.

Apologies that this article took longer than usual to produce as the larger amount of tournaments and deck lists took a lot more time to tabulate, process and evaluate.