This report will cover 92 top-performing decks from 16 tournaments that were held in Japan, mainland China and Thailand during 7 – 10 November 2020. 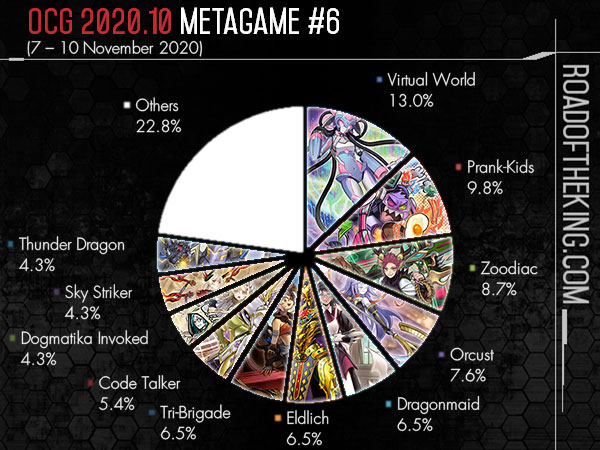 He took out Crystron Quariongandrax to make space for Number 39: Utopia Beyond in the Extra Deck.

Against monsters that cannot be targeted by card effects such as Transcode Talker co-linked with Decode Talker Heatsoul or a Thunder Dragon monster protected by Thunder Dragonlord ① effect, Number 39: Utopia Beyond could reduce their ATK to 0 and attack over them. Number 39: Utopia Beyond could then be used to Xyz Summon Divine Arsenal AA-ZEUS – Sky Thunder during Main Phase 2. 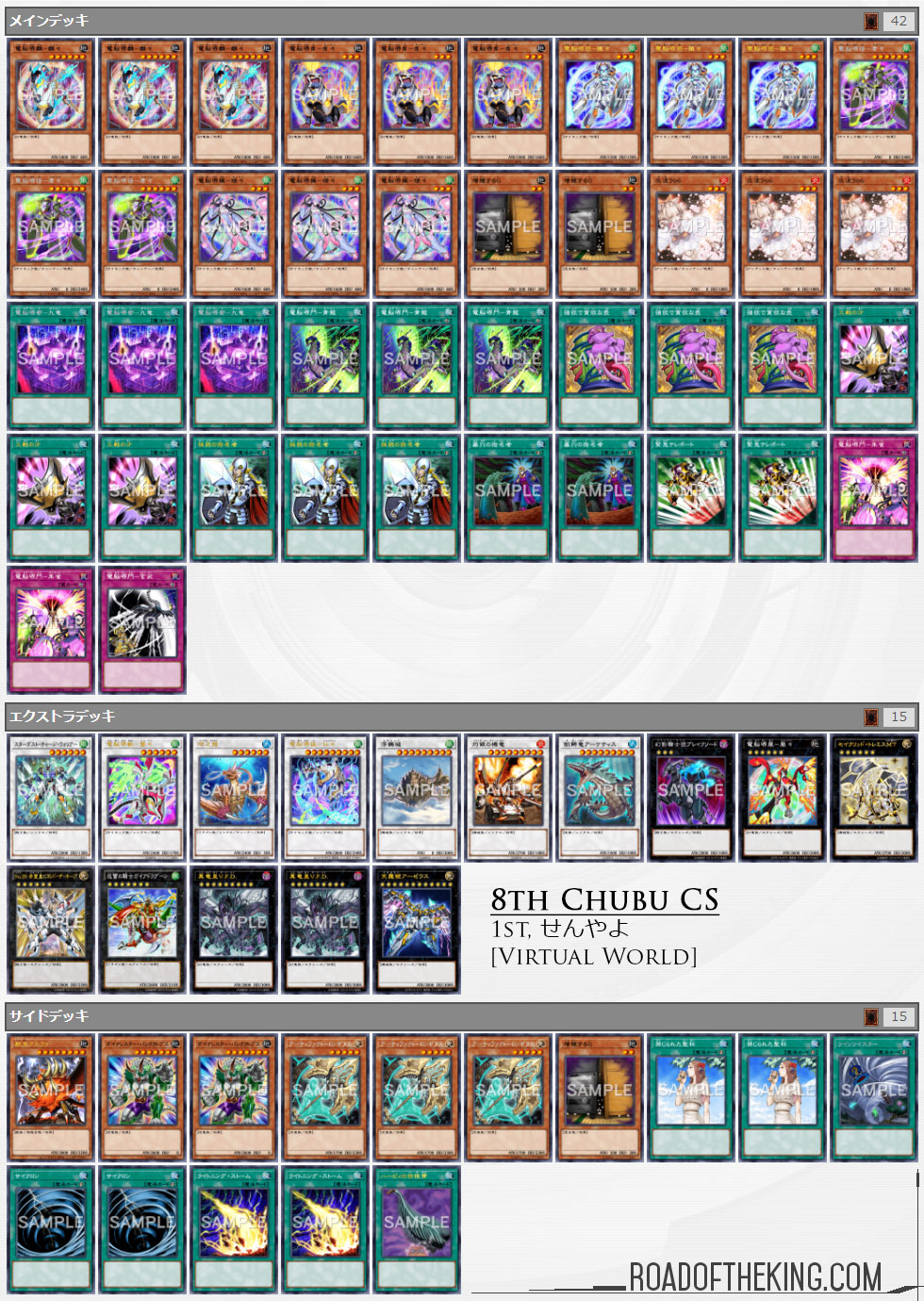 He ran 3 Artifact Lancea and 3 Ghost Belle & Haunted Mansion in the Main Deck. These two ‘hand traps’ are good against most of the top decks in the current metagame, and at the same time protects his own Prank-Kids from being banished and negated by Called by the Grave.

His build is tuned against Combo decks, running multiple ‘hand traps’ in the Main Deck, and opting to run Spell/Trap removals in the Side Deck. 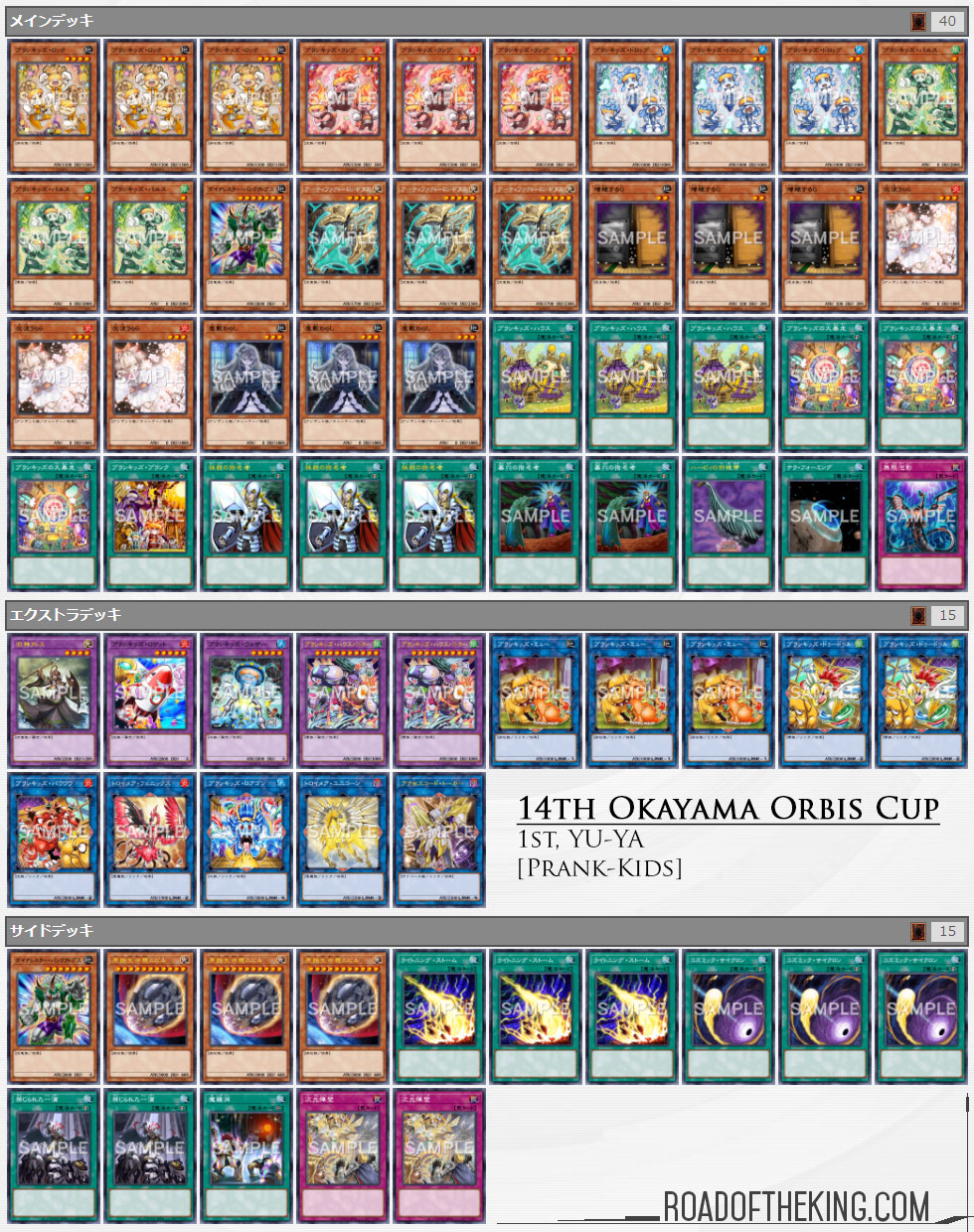 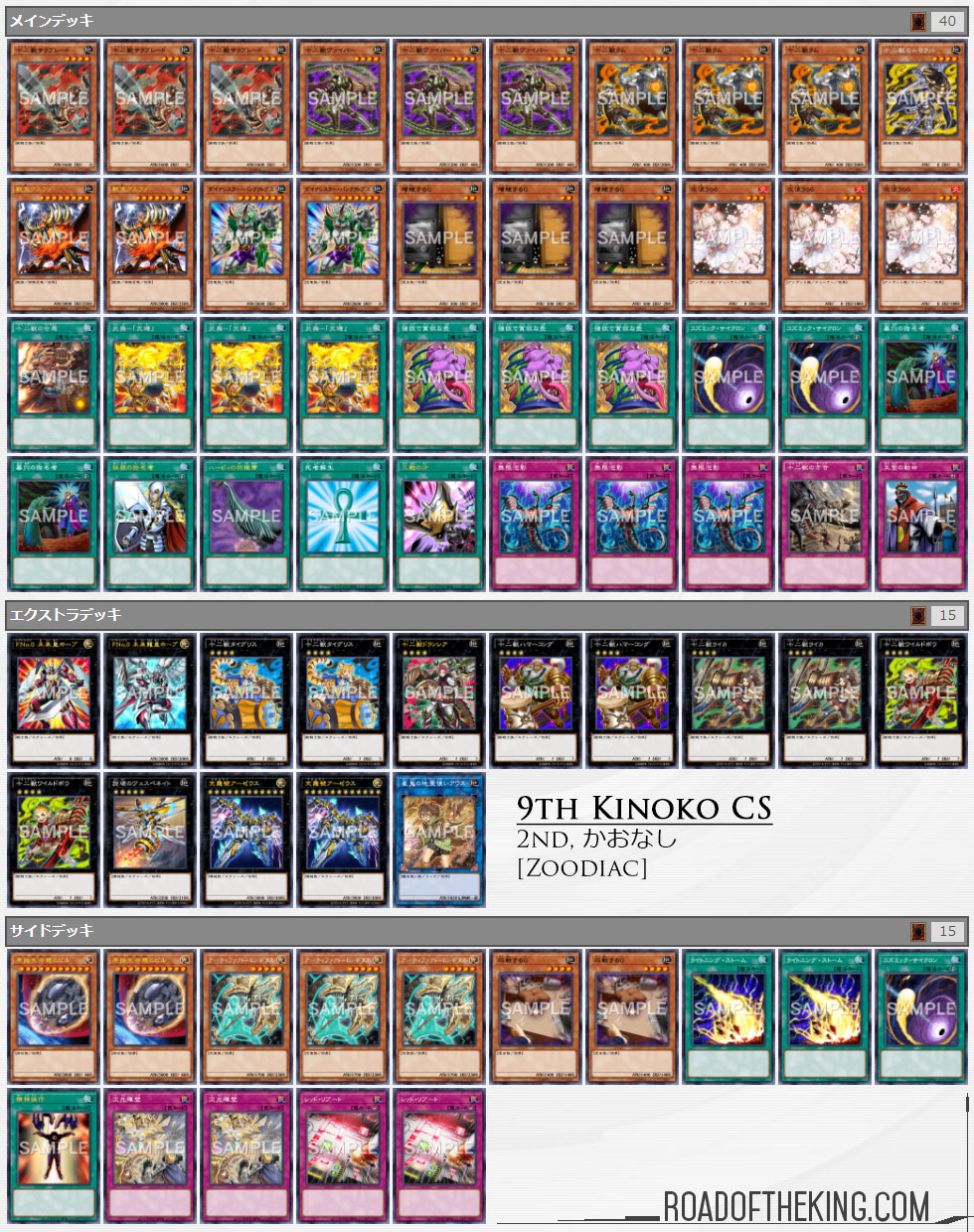 Virtual World takes the lead this week, with Prank-Kids and Zoodiac following behind. The format is slowly shifting towards Combo based decks, while the slower Trap-heavy decks such as Eldlich are starting to fall behind.

Blazing Vortex came with Virtual World Gate – Xuanwu for Virtual World, propelling it to the forefront. Blazing Vortex also had Tri-Brigade Kitt, Tri-Brigade Rendezvous for Tri-Brigade, bringing it up to competitive status. This set seems a little underwhelming initially, but it has surprisingly managed to create a shift in the metagame.

Pot of Prosperity is another promising new card, having boosted the consistency of several decks such as Dragonmaid. Satanantana Rungnoppakunsi had a 2nd place finish with Dragonmaid in “AYT Thailand” held earlier in August. Last weekend he outdid himself and finished 1st with Dragonmaid in “Thai Festival Series – Loi Krathong” which had 250 participants.