This report will cover 72 top-performing decks from 13 tournaments that were held in Japan, mainland China and Taiwan during 16 – 24 January 2021.

The following were excluded from this tabulation as Lightning Overdrive was not allowed in these tournaments: 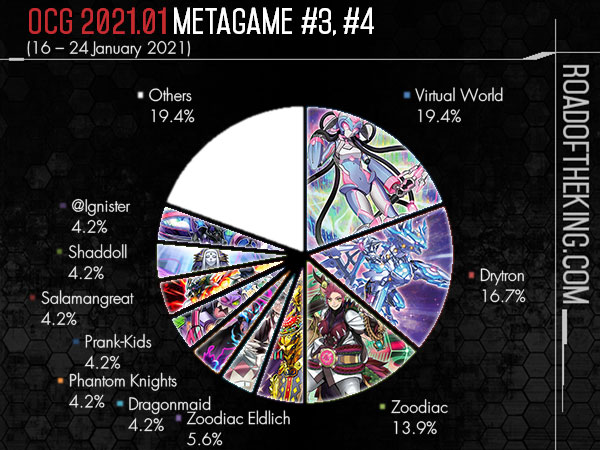 He ran 2 Skill Drain in the Side Deck against Combo decks. Virtual World monster effects are activated in hand, making themselves unaffected by Skill Drain. Virtual World Gate – Chuche could also be used to destroy his own Skill Drain when needed to turn off its effect. 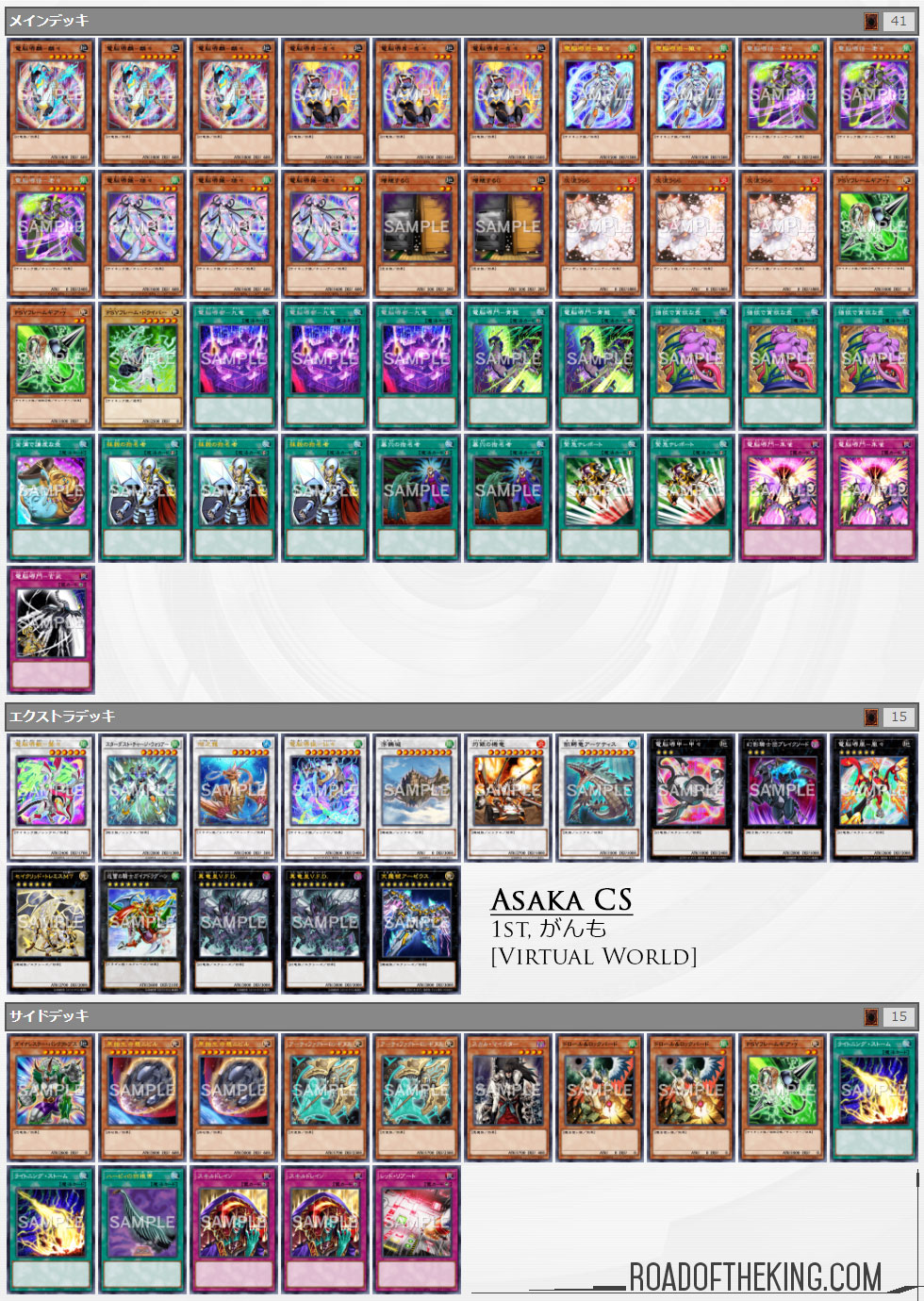 He ran 1 B-Buster Drake in the Side Deck. B-Buster Drake can be equipped to Vanity’s Ruler or Herald of Ultimateness via Union Carrier effect to make them unaffected by opponent’s Spell cards such as Dark Ruler No More and Forbidden Droplet.

Vanity’s Ruler effect prevents the opponent from Special Summoning monsters and that would also rule out Kaiju as an answer to this opening setup. 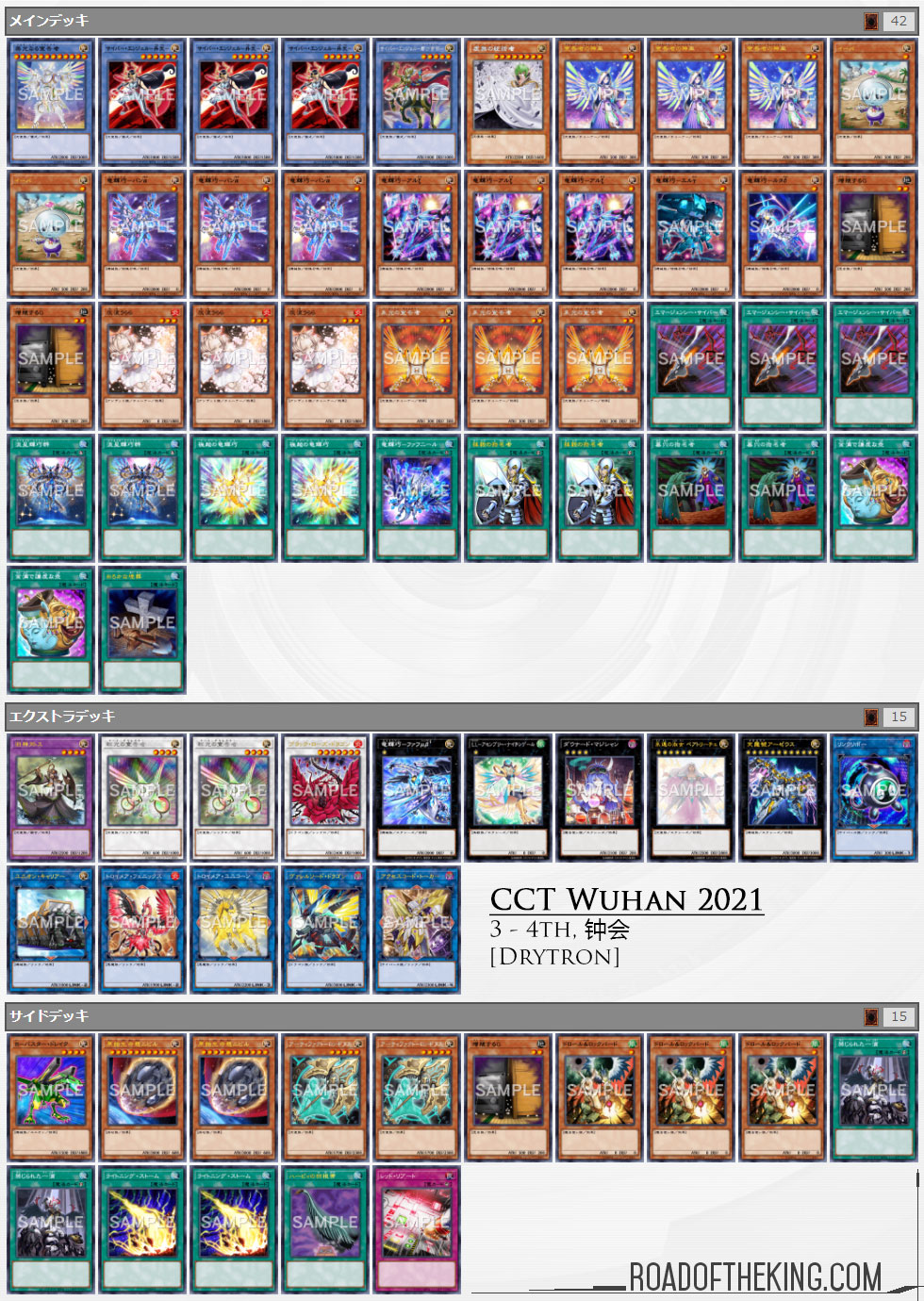 With the increase of Drytron in the competitive scene, he chose a ‘hand trap’ heavy build, running a total of 13 ‘hand traps’ in the Main Deck. Against Vanity’s Ruler equipped with B-Buster Drake, answers such as Kaiju, Dark Ruler No More and Forbidden Droplet are ineffectual. Disrupting the combo directly with ‘hand traps’ is a more effective counterplay. 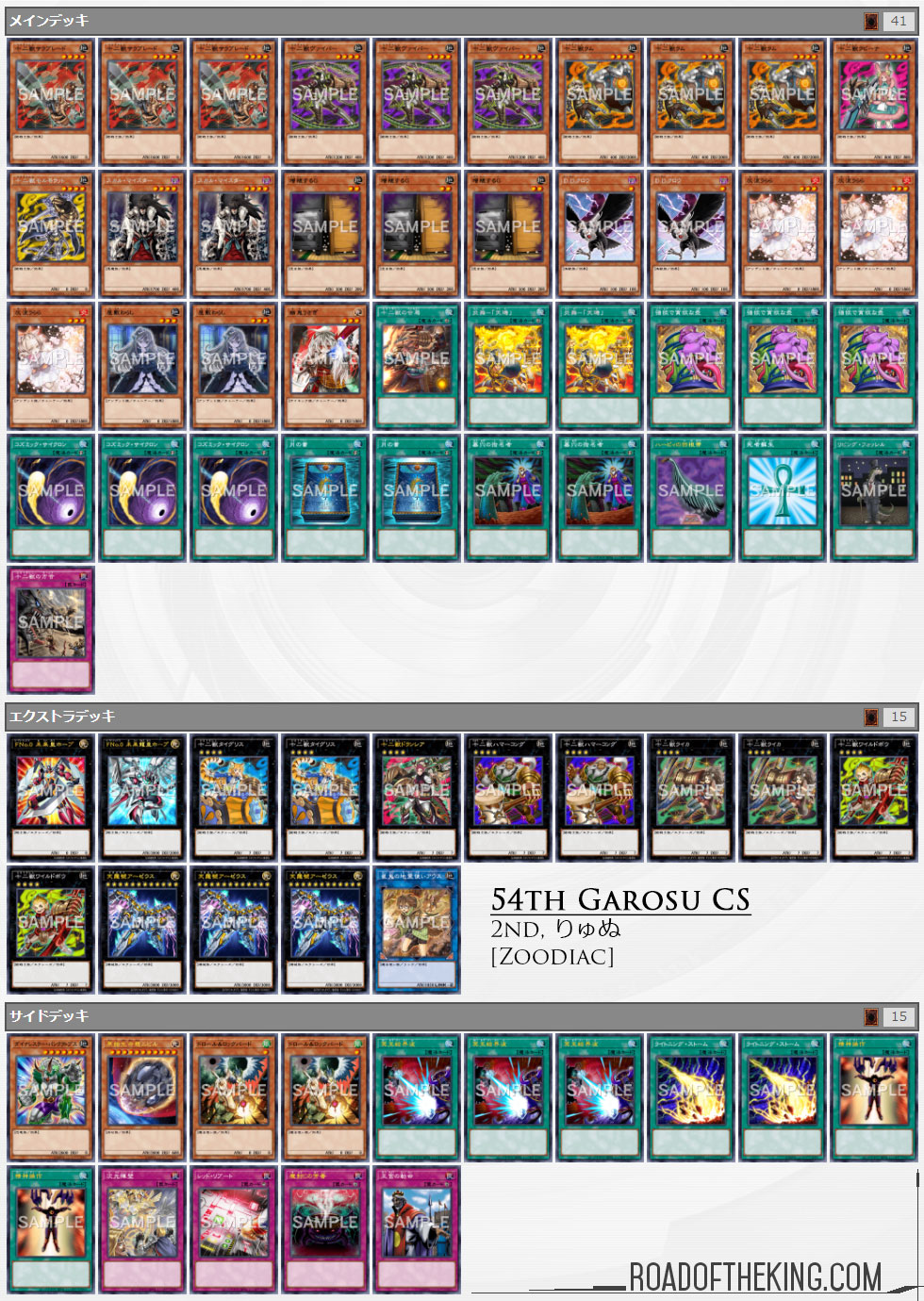 After the release of Lightning Overdrive, Virtual World, Drytron and Zoodiac are the top 3 decks of the format, taking a giant lead ahead of the rest.

Drytron gained Drytron Mu-Beta Fafnir with the release of Lightning Overdrive, greatly improving its consistency and propelling it straight to the top.