This report will tabulate 43 top-performing decks from 7 tournaments that were held in Japan during 20 – 23 January 2018. 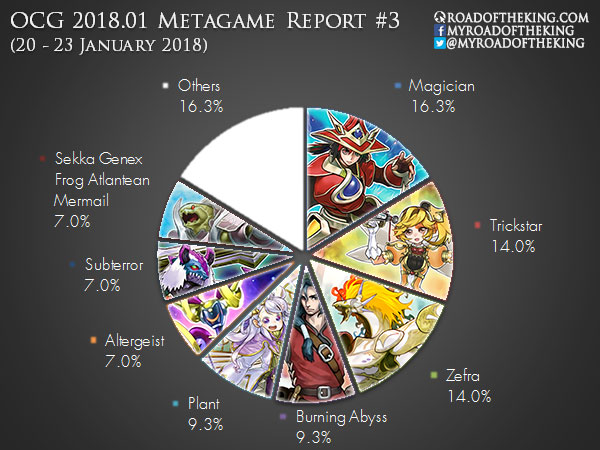 Abyss Dweller is a strong addition to the Extra Deck as there is a decent number of decks with a heavy reliance on graveyard effects, namely Burning Abyss, Plant and Atlantean Mermail. 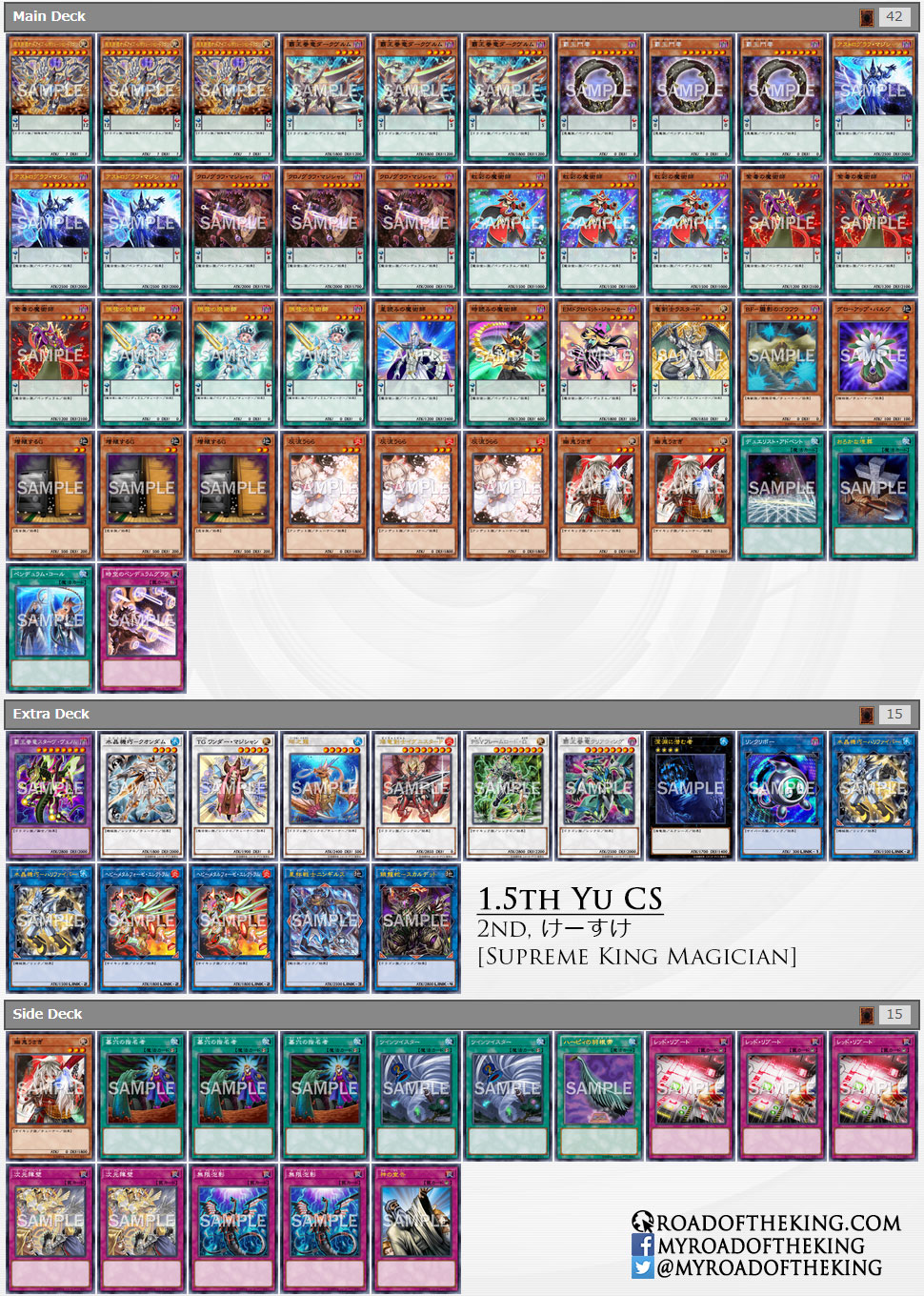 Called by the Grave was played to ensure that his Trickstar Candina and Trickstar Light Stage would not be disrupted by Ash Blossom & Joyous Spring.

Called by the Grave is also useful against Burning Abyss, Plant and Atlantean Mermail, by negating their graveyard effects. 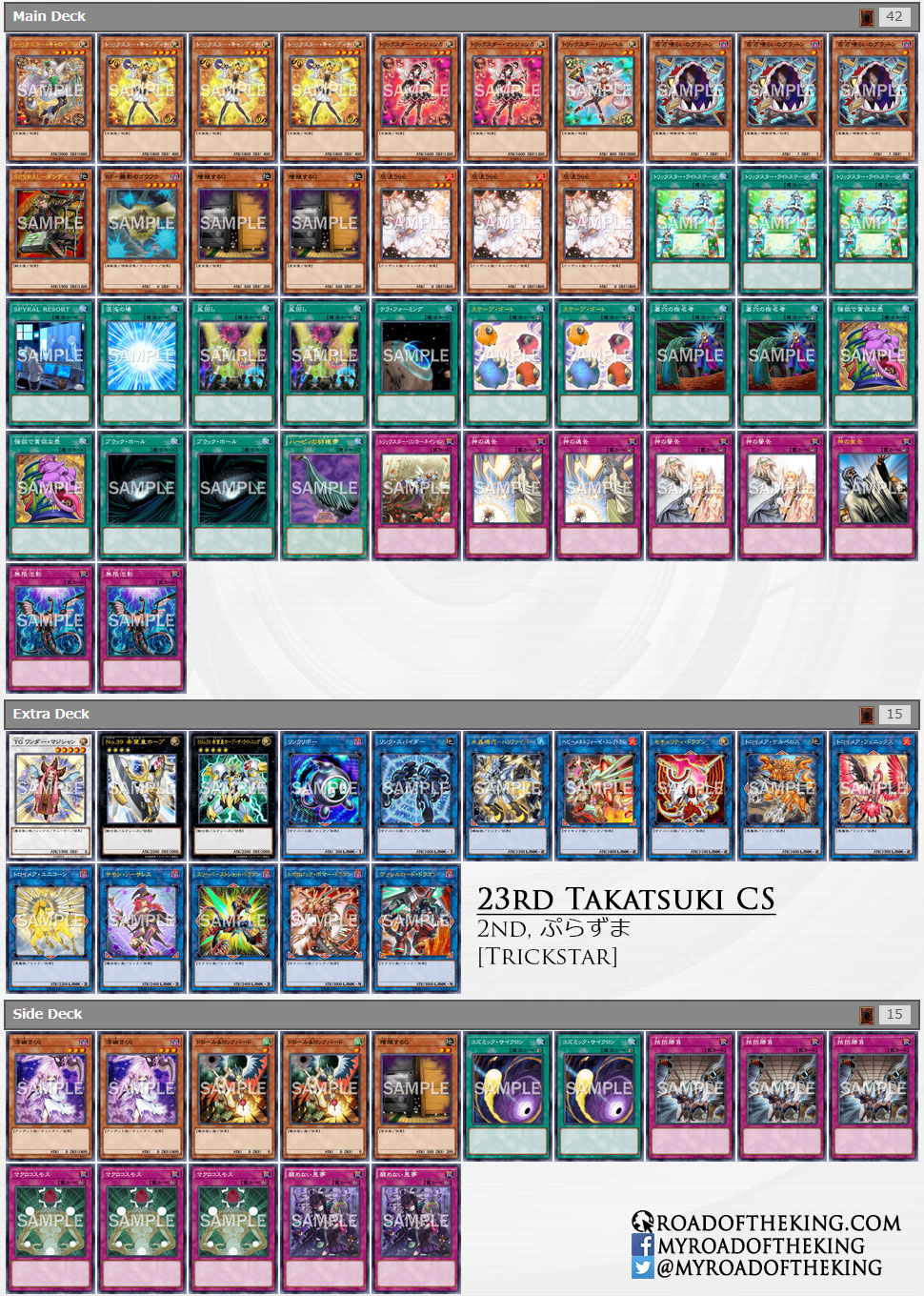 On Saturday, he went 7-0 and finished 1st in “1st Super Duel King Decisive Battle” which had 57 participants.

On Sunday, he went 8-1 and finished 1st in “2nd Hobby Station Ikebukuro CS” which had 51 participants.

This brings his overall win-loss record to an incredible 15-1. A large part of his success can be attributed to his well thought-out Side Decking strategy.

When going first, Zumi would cut Maxx “C” for Called by the Grave. Called by the Grave is used for negating the opponent’s ‘hand traps’, allowing his combo to go off undisrupted. Ghost Ogre & Snow Rabbit and Ash Blossom & Joyous Spring could also be sided out accordingly.

When going second, he would cut some of his Zefra cards to bring in PSY-Framegear Gamma and Mare Mare. PSY-Framegear Gamma would be activated against Ash Blossom & Joyous Spring if his opponent tries to negate Dragon Shrine or Foolish Burial. This would ensure that he could get Destrudo the Lost Dragon’s Frisson into the Graveyard, allowing for the Synchro Summon of Yazi, Evil of the Yang Zing. Yazi would then destroy itself and an opponent’s card, and upon Yazi’s destruction, its Trigger Effect would then Special Summon Mare Mare. Mare Mare and its Tokens would then build up the board while dismantling the opponent’s.

When going second against an opponent who is heavy on Trap Cards, Jiaotu, Darkness of the Yang Zing would remain in the Main Deck, while the 3 PSY-Framegear Gamma and 1 PSY-Frame Driver stay in the Side Deck. 3 Mystical Space Typhoon would be sided in instead.

In his previous build, Zumi ran 3 Crystron Halqifibrax, but he often found himself losing to a timely Ghost Reaper & Winter Cherries from the opponent to banish all of his Crystron Halqifibrax. That would leave him without a way to free up his Extra Monster Zone, blocking him from performing any further Special Summons from the Extra Deck. Hence 1 Crystron Halqifibrax was cut for LANpholinkus to solve this problem. 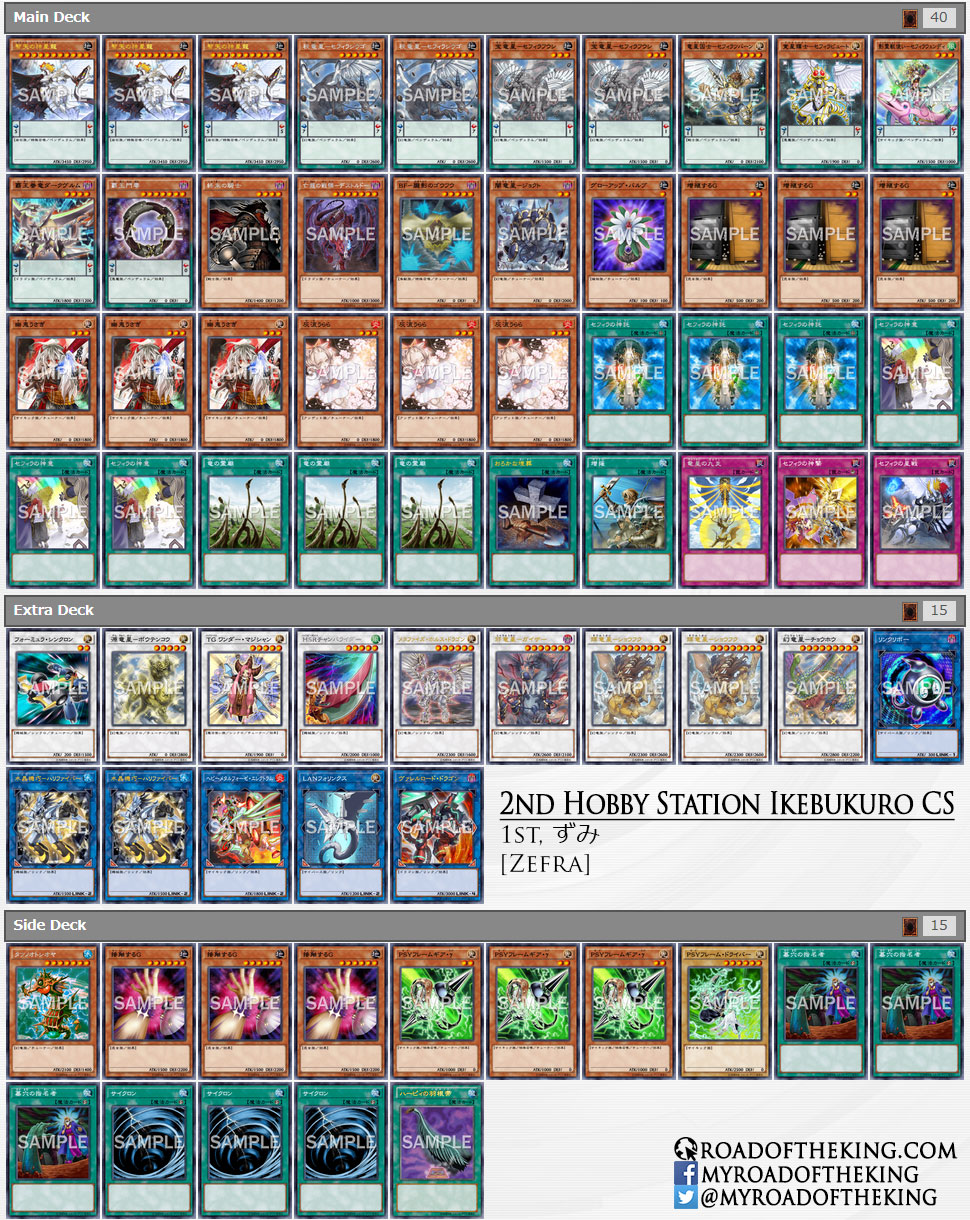 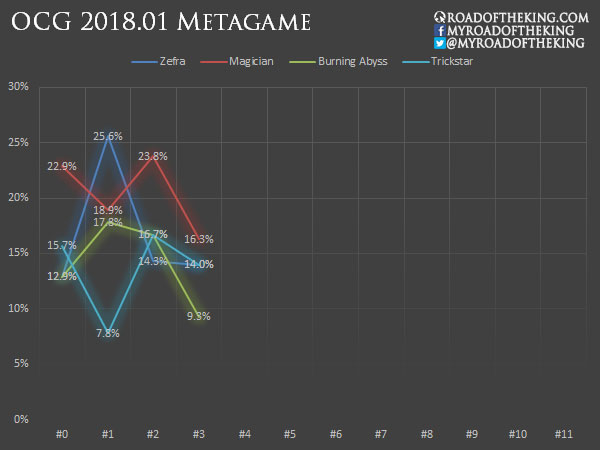 Although the top performing decks for this week are Magician, Trickstar and Zefra, the margins between them and Burning Abyss, Plant, Altergeist, Subterror, Atlantean Mermail have shrunk by a considerable amount.

There is no dominating deck which is consistently topping. Among the 7 tournaments, Magician have topped in only 5 of them, while Trickstar and Zefra have topped in 4 of them.