This report will cover 82 top-performing decks from 16 tournaments that were held in Japan and China during 29 July – 1 August 2017. 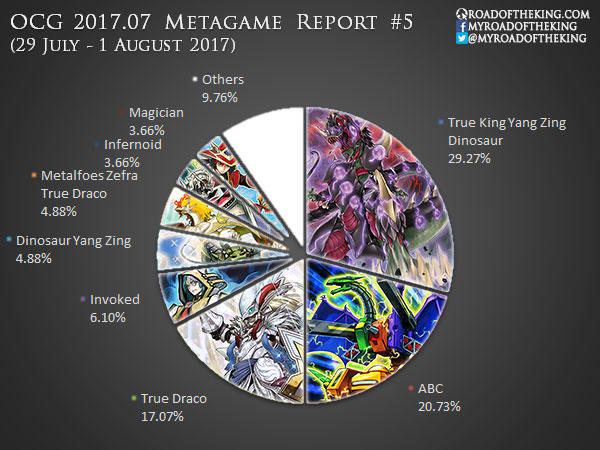 True King Yang Zing Dinosaur has came out ahead and becomes the deck to beat. While it has outnumbered Invoked Spellbook True Draco earlier last week, the Dinosaurs have overtaken all of the True Draco builds combined this week.

His build is discernibly lacking of True King Agnimazud, the Vanisher. Compared to True King Lithosagym, the Disaster, he found Agnimazud much weaker as it could not pop two copies of Babycerasaurus and/or Petiteranodon at the same time. Agnimazud’s effect is also prone to Artifact Lancea, a currently popular tech card used against Invoked. As such, he chose to turbo out Lithosagym instead, using Set Rotation in addition to Terraforming to get Dragonic Diagram consistently.

Although Zombie World also impedes his own Dinosaur cards, being able to lock out his opponent of any True Draco plays was much more favorable.

He also found Vanity’s Emptiness to be very effective in the mirror match that he sided it in even when going 2nd. 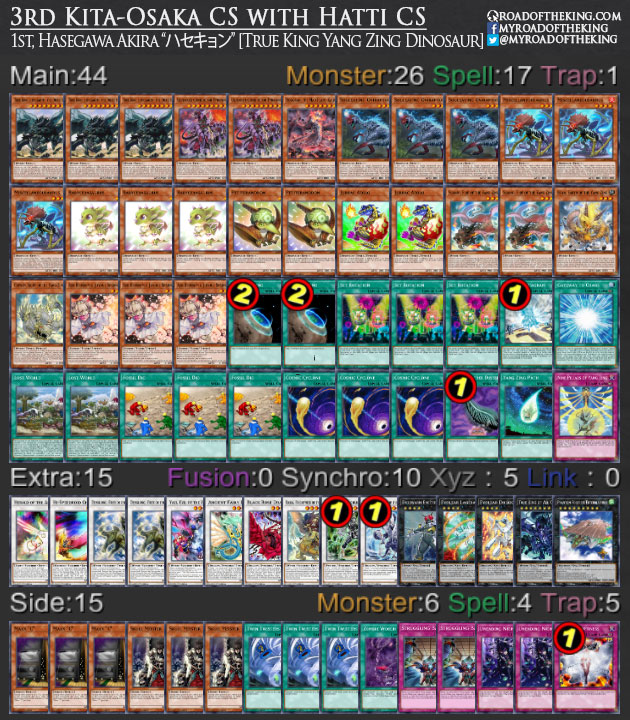 After weeks of lackluster performance since the release of Circuit Break, ABC is finally getting some good results this week.

Most notably, he had also teched in a copy of Zombie World in the Main Deck.

Against Dinosaur, Zombie World renders the 2nd effect of Souleating Oviraptor and both effects of Miscellaneousaurus useless, and prevents Ultimate Conductor Tyranno from being Special Summoned from hand.

In addition to being effective against the current metagame, Zombie World also protects ABC-Dragon Buster and A, B, C from System Down. 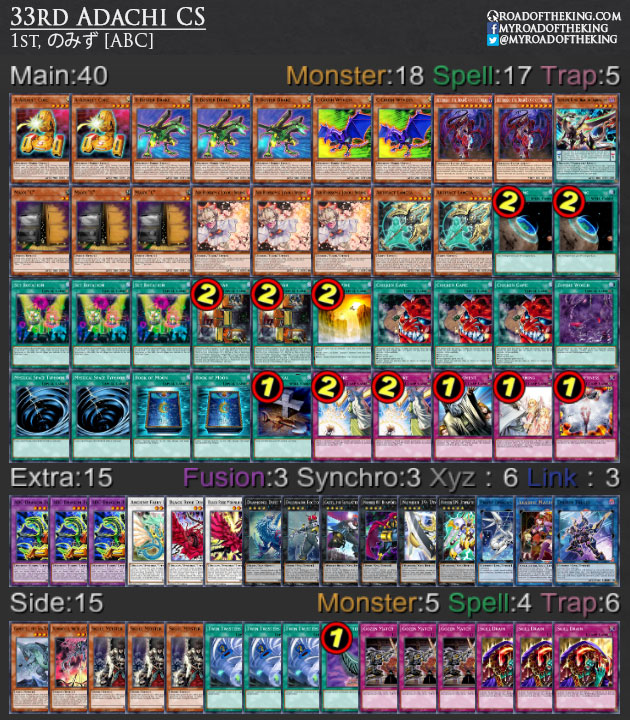 This is a standard cookie cutter build for the current metagame. 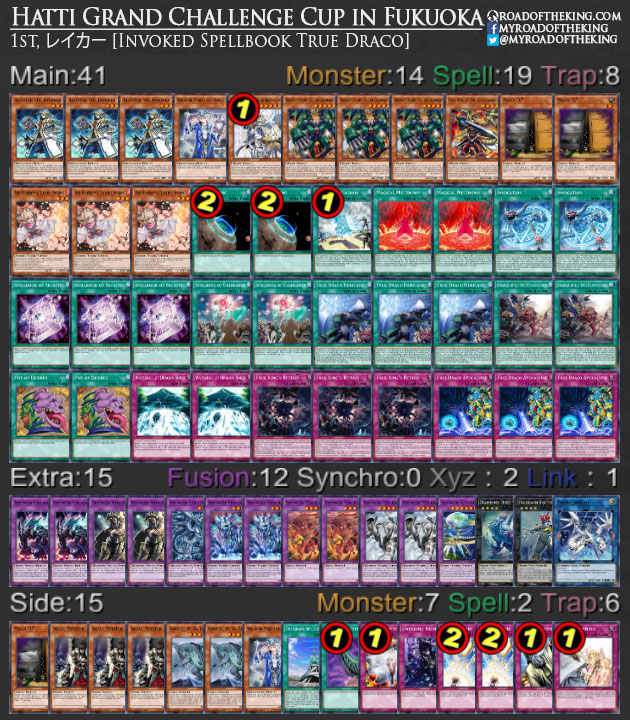 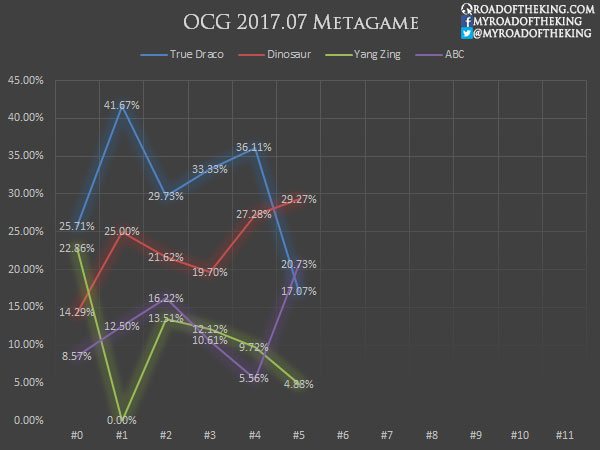 Midway into the OCG 2017.07 format, we are starting to see a slight shift in the metagame.

True King Yang Zing Dinosaur has moved up to the top position, and ABC is on the climb, but True Draco is experiencing a decline.