This report will tabulate 73 top-performing decks from 10 tournaments that were held in Japan and China during 5 – 8 August 2017. 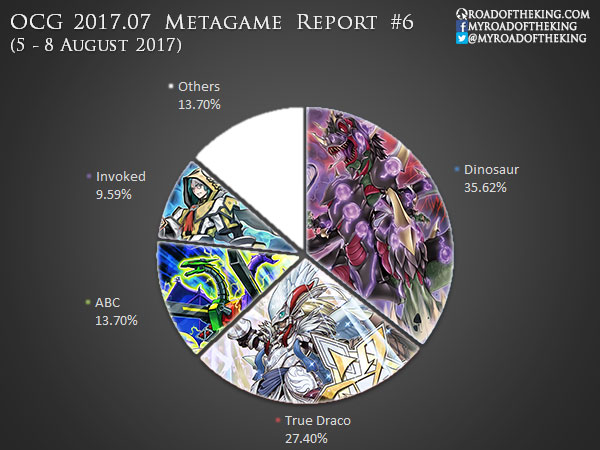 Compared to the deck he played last week, he had fine tuned his build to perform better against True King Yang Zing Dinosaur, by cutting down on tech against True Draco. Dogoran, the Mad Flame Kaiju was moved from the Main Deck to the Side Deck, while Zombie World and Unending Nightmare were cut from the Side Deck for Effect Veiler. 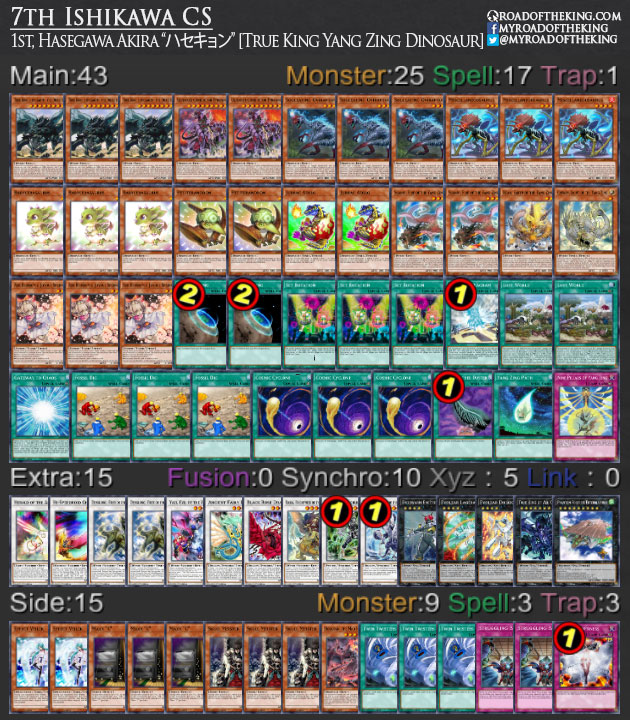 The competitive scenes in Japan and China are starting to diverge in preference. While the numbers for True Draco are dropping in Japan, they are still the most popular deck in China. 7 out of 9 Invoked Spellbook True Draco decks listed this week were from tournaments in China.

True Draco decks are better prepared for Zombie World this week by running 3 Cosmic Cyclone in the Side Deck. 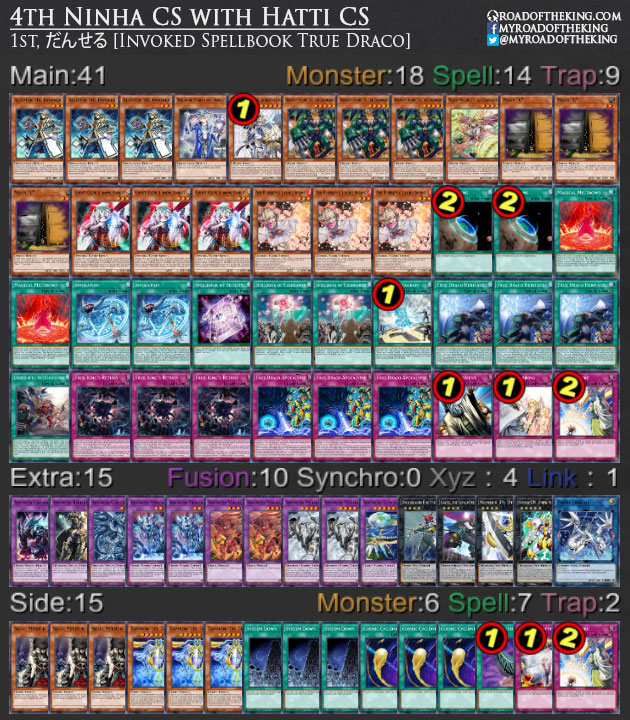 Struggling Battle are being sided in against ABC. It functions similarly to System Down against ABC-Buster Dragon, but with the additional functionality of removing disruption such as Zombie World, Skill Drain and Gozen Match. 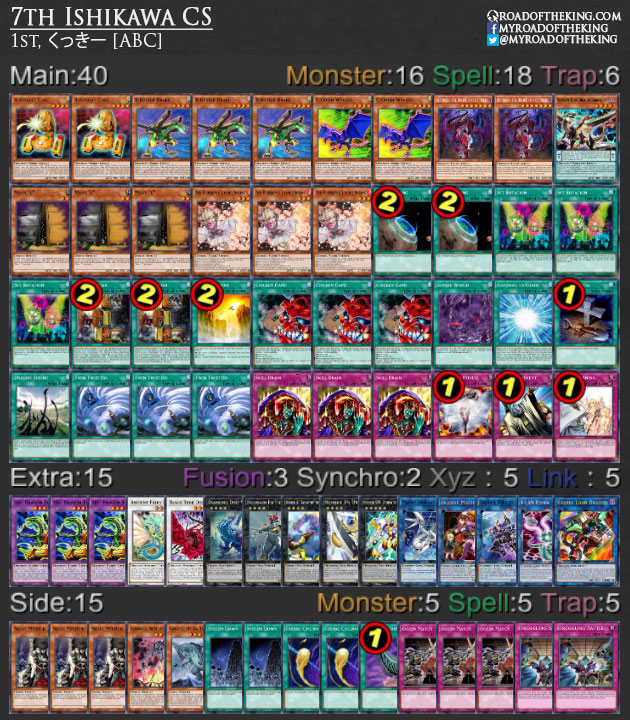 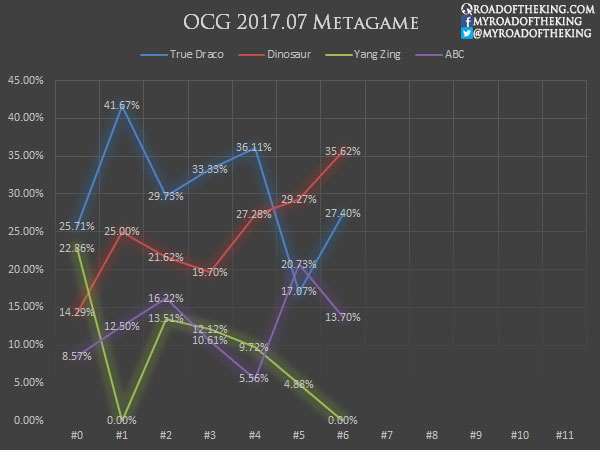