“The name is Bond, James Bond.”

This report will tabulate 45 top-performing decks from 8 tournaments that were held in Japan and China during 9 – 12 September 2017. 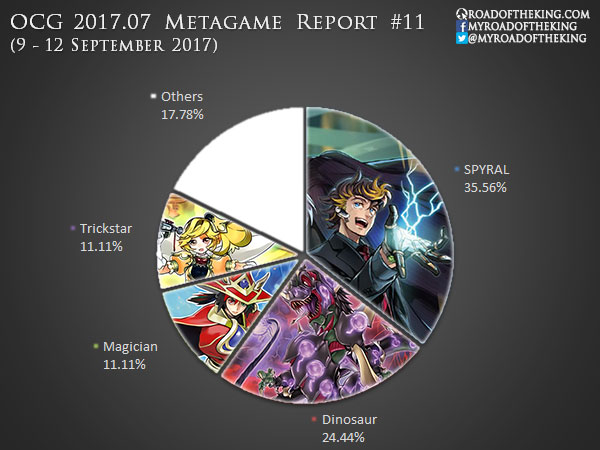 SPYRAL debuted earlier this week with the release of Extra Pack 2017, and it has instantaneously taken the competitive scene by storm.

The That Grass Looks Greener and Foolish Burial Goods method focus on using SPYRAL MISSION – Assault or SPYRAL MISSION – Rescue to Special Summon a second SPYRAL monster in addition to the Normal Summon.

The Destrudo method uses Dragon Ravine to send Destrudo, the Dead Drake of Dread in order to Synchro Summon Ancient Fairy Dragon. Ancient Fairy Dragon is then activated to add SPYRAL Resort from deck to hand, and then to Special Summon a Level 4 or lower SPYRAL monster. That would allow you to go into Code Talker and then SPYRAL Double Helix.

Since SPYRAL Double Helix is vital in all the combos, Ghost Reaper & Winter Cherries is currently one of the more successful tech cards used against SPYRAL. 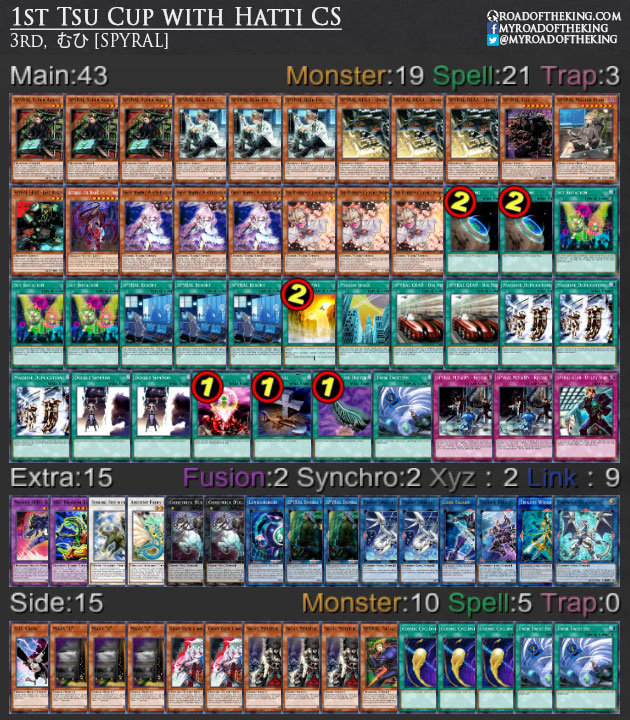 True King Yang Zing Dinosaur still has the strongest opening play, but its inconsistency becomes apparent when compared with SPYRAL.

SPYRAL GEAR – Drone could re-order the top 3 cards of the Dinosaur player’s deck, causing the Dinosaur deck to brick more often than they would like. 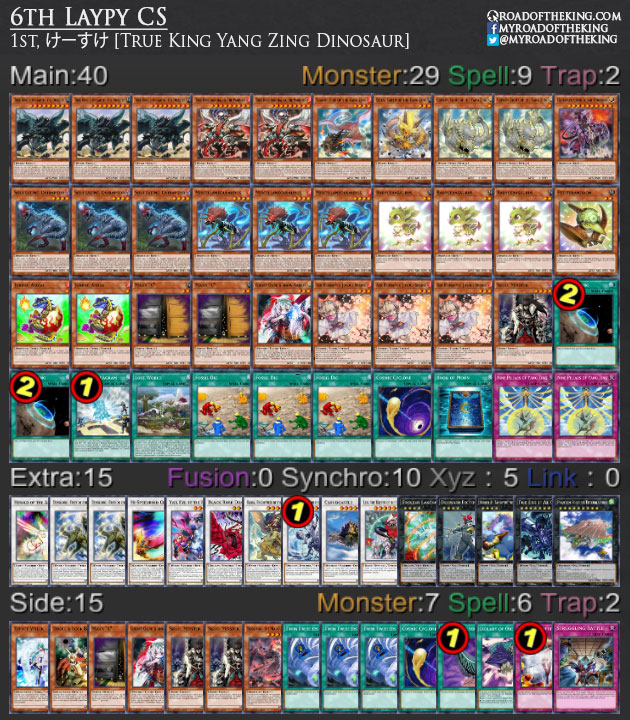 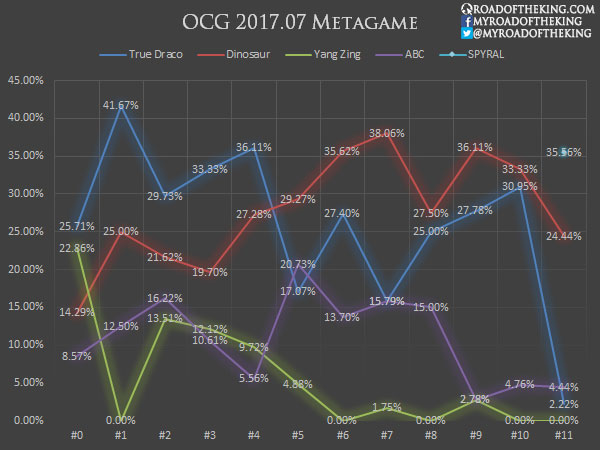 Extra Pack 2017 has caused a shift in the metagame.

SPYRAL has overtaken Dinosaur as the deck to beat. Despite being newly released and the various builds are still largely unrefined, SPYRAL was still able to have a top placing in every tournament played over the weekend.

Dinosaur has fallen behind SPYRAL, but the most appalling change is that True Draco has disappeared from the top.