The OCG 2017.07 Limit Regulation will officially take effect on 1 July 2017, but here is a preliminary report based on tournaments that were held under the new Limit Regulation.

This report will cover 35 top-performing decks from 6 tournaments that were held in Japan and China during 23 – 25 June 2017. 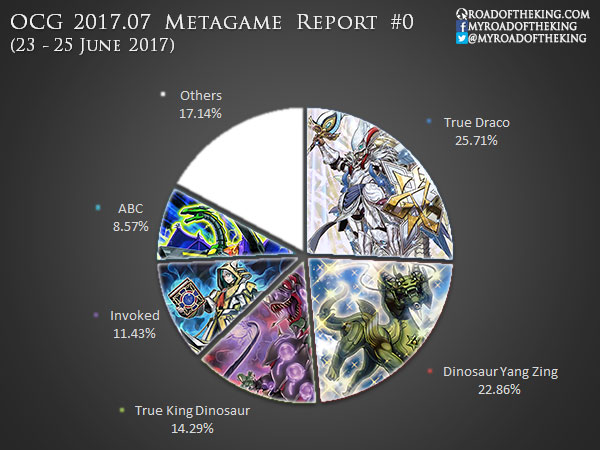 This deck is very reliant on Denglong, First of the Yang Zing to setup most of its plays. If Dinosaur Yang Zing remains as a top contender, we might see Ghost Reaper & Winter Cherries being run in the Side Deck to pit against Denglong. 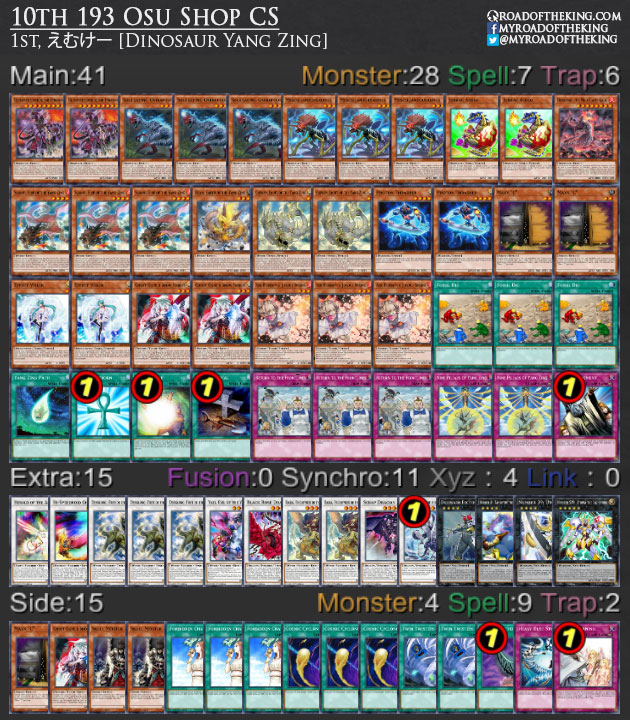 Despite the limitation of Master Peace, the True Dracoslaying King and Dragonic Diagram, True Draco is still a strong contender. To improve the consistency of seeing Master Peace, players are running Waterfall of Dragon Souls.

Invoked is the more popular engine, as compared to Windwitch, due to its favourable match-up against ABC. Banishing A-Assault Core, B-Buster Drake or C-Crush Wyvern from the graveyard with Invocation to Fusion Summon Invoked Mechaba is often a game-winning play.

Invoked is also decent against Dinosaur as Invocation threatens to banish their Miscellaneousaurus. 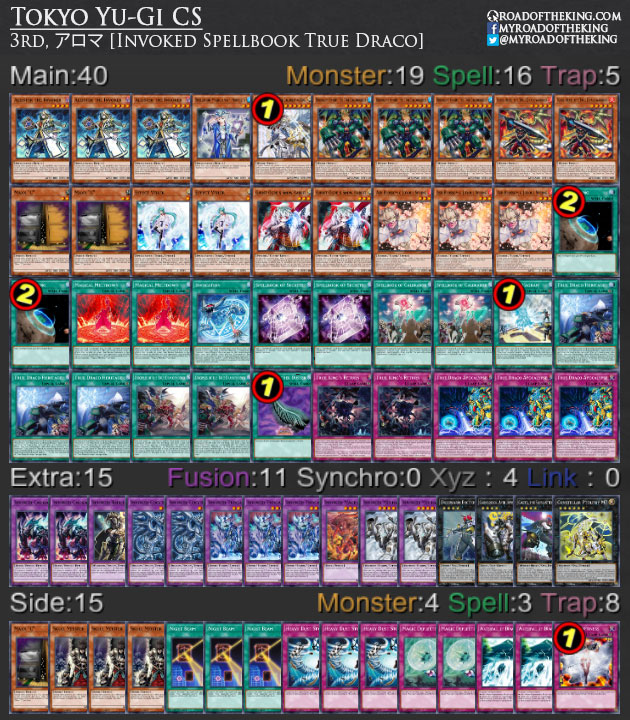 The deck is pretty much similar to its OCG 2017.04 build – the loss of 2 Dragonic Diagram and 1 Terraforming is simply replaced with 1 Lost World and True King Agnimazud, the Vanisher.

Compared with Dinosaur Yang Zing, this deck has a much lower consistency, but a more explosive opening play. 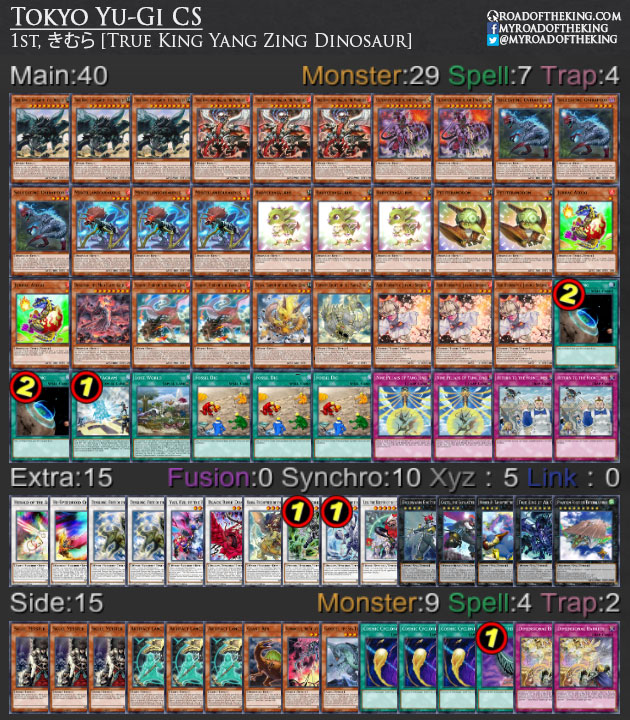 While ABC has not been putting out as many results, players are still wary of their potential and are prepared for them. 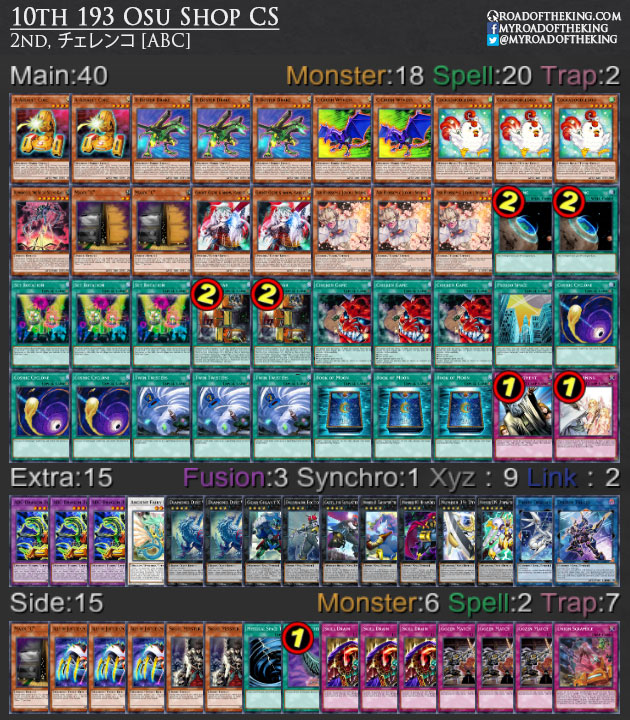 Zoodiac are finally gone, but True Draco and Dinosaur are still the top contenders.

Effect Veiler is seeing an increase in play due to its effectiveness against Denglong, First of the Yang Zing and Aleister the Invoker.