It was Golden Week in Japan and we had 5 days of tournaments held over the week.

This report will cover 189 top-performing decks from 25 tournaments that were held in Japan and Thailand during 3 – 7 May 2017. 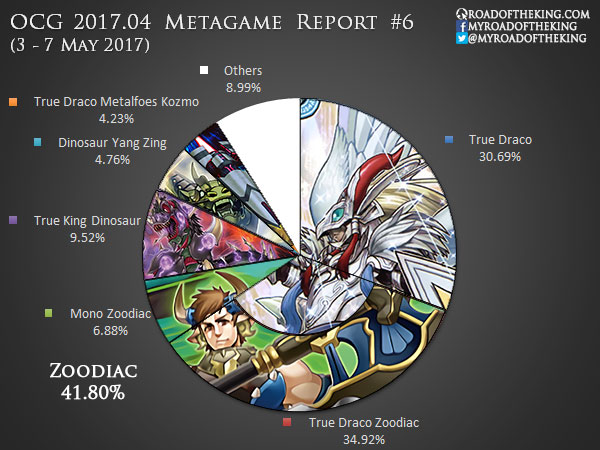 Mono Zoodiac started out strong on Wednesday, but the competitive scene was prepared for them and their numbers dwindled over the week.

True Draco Zoodiac remained strong throughout the week. It is resilient against hate such as Dimensional Barrier and Mask of Restrict that are largely effective mainly against the Mono Zoodiac or Mono True Draco builds. 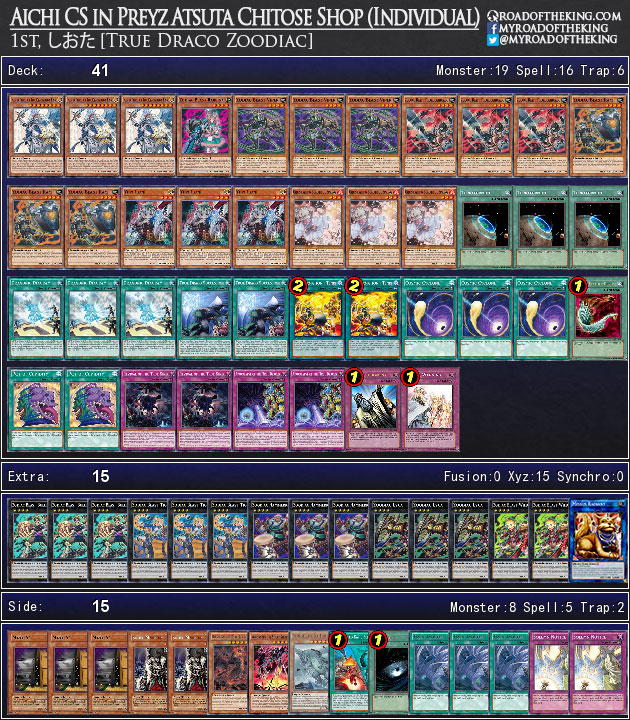 As the popularity of Windwitch increase, running the full 3 copies of The Monarchs Stormforth is necessary to deal against Crystal Wing Synchro Dragon. 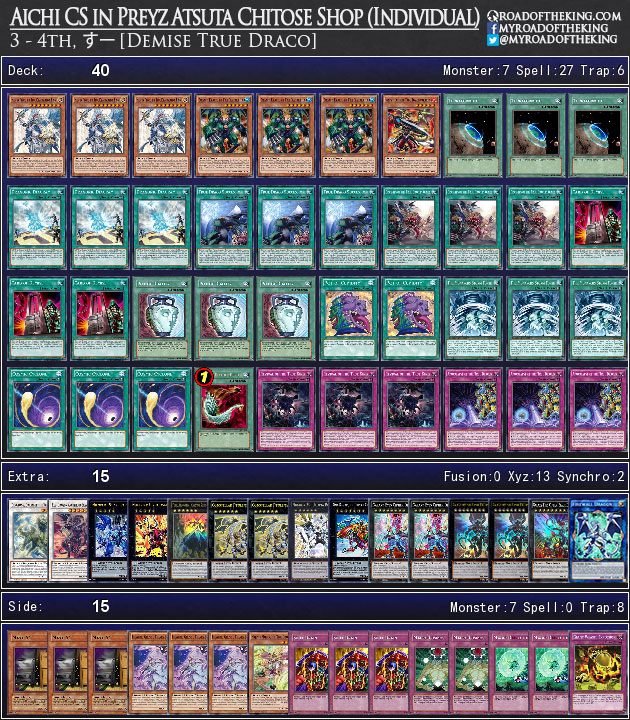 Windwitch Spellbook True Draco has jumped in popularity this week.

Clear Wing Fast Dragon can shutdown any Zoodiac Xyz Monsters by turning their ATK to 0 and negating their effect.

Crystal Wing Synchro Dragon is strong against high level monsters like True Draco, while the effect of Windwitch – Snow Bell protects it from the destruction effect of Master Peace, the True Dracoslaying King, True King’s Return and True Draco Apocalypse.

The Spellbook draw engine improves the consistency of opening with Windwitch – Ice Bell. 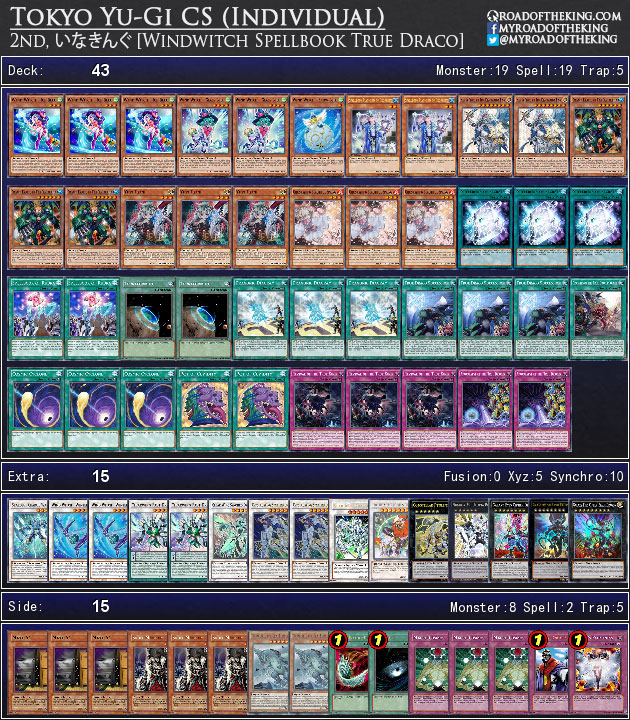 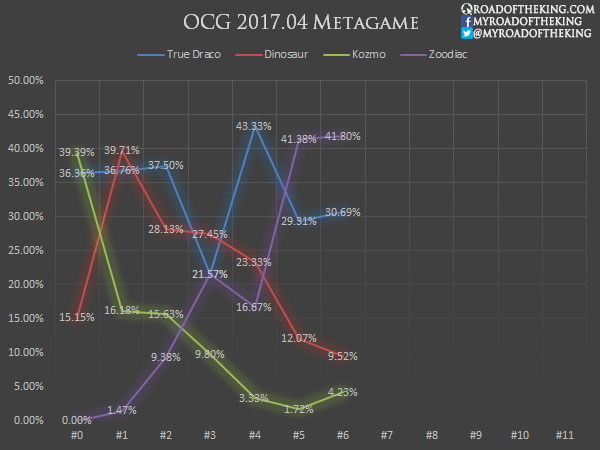 True Draco Zoodiac has outnumbered every other build and is the predominant deck to beat.

It is likely that we will see an increase in Windwitch due to the effectiveness of Clear Wing Fast Dragon and Crystal Wing Synchro Dragon against Zoodiac and True Draco in the current metagame.

This coming weekend we are having the Asia Championship 2017 Summer Qualifiers for Philippines, Singapore and Hong Kong (Japanese format).