Pulse of the True King Dinosaur.

This report will cover 68 top-performing decks from 9 tournaments that were held in Japan and China during 1 – 3 April 2017. 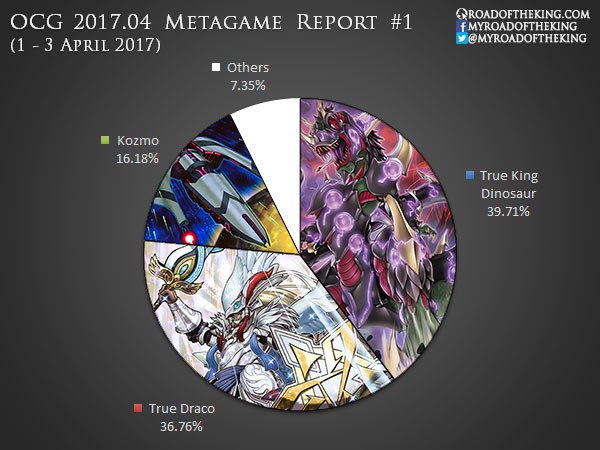 Eradicator Epidemic Virus is a strong tech card against a Spell-heavy deck such as Demise True Draco. The combination of Armageddon Knight and Blackwing – Zephyros the Elite not only allows you to reuse Dragonic Diagram, but opens up the options of Rank 4 monsters. Dark Rebellion Xyz Dragon is specifically played to enable Eradicator Epidemic Virus. 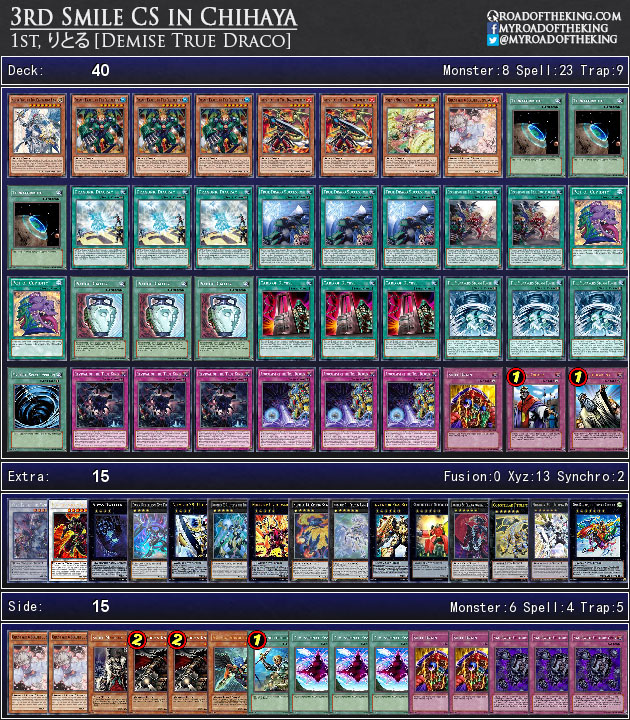 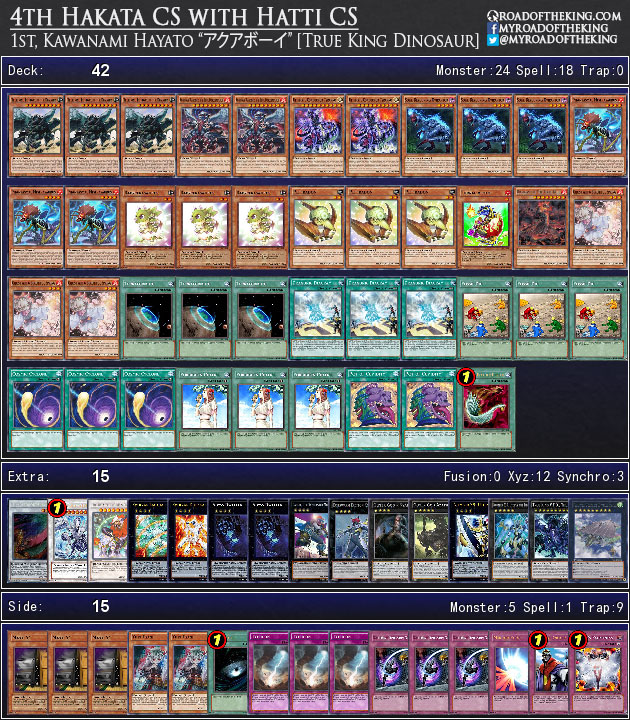 On the next day, he went with a heavily teched out True King Dinosaur build, but performed much poorer at 4-2-1. 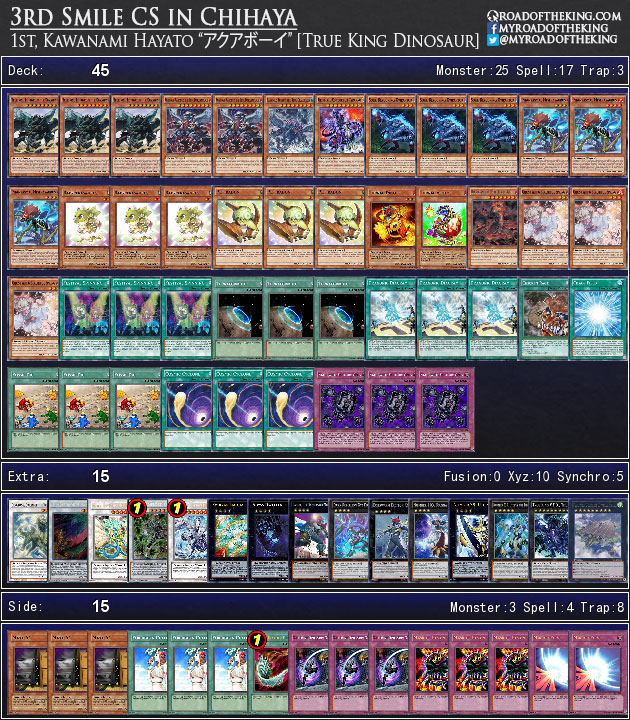 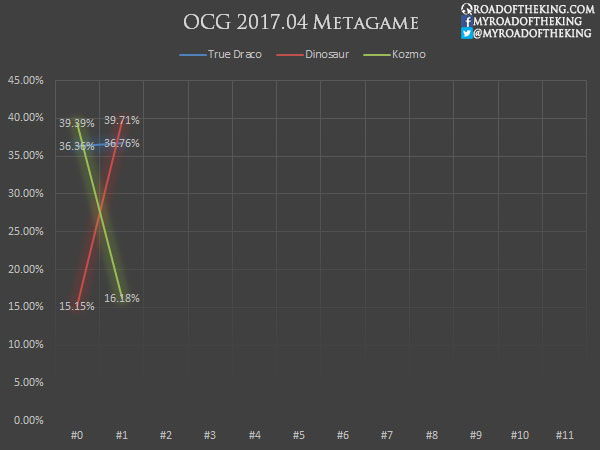 True Draco Metalfoes Kozmo’s popularity and performance is unfortunately declining, likely due to their difficulty and inconsistency.

True King Dinosaur has finally shown respectable results this week and joins True Draco as a strong contender in the current competitive scene.

Out of 68 decks, only 3 decks (1 Dinosaur Yang Zing, 1 Shiranui and 1 Zoodiac) were not running Dragonic Diagram.