After a short break over the New Year weekend, tournaments are now back on schedule and a couple of major tournaments were held over the last weekend.

This report will cover 75 top-performing decks from 15 tournaments that were held in Japan, China, Philippines and Taiwan during 1 – 9 January 2017. 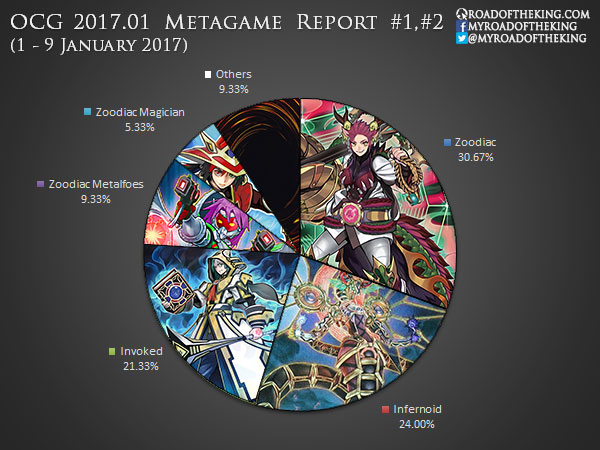 In a surprise turn of events, Zoodiac returns as the most popular top-placing deck for the initial weeks of OCG 2017.01. 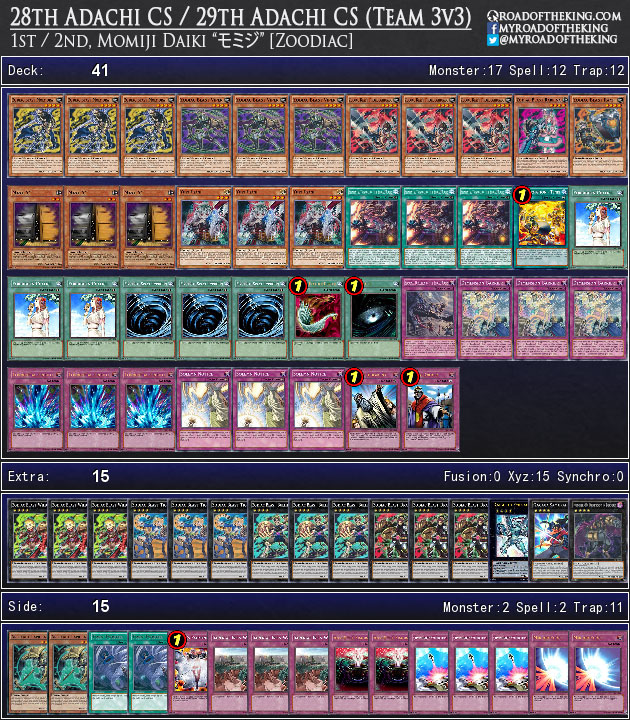 Lawnmowing Zoodiac Infernoid has cement itself as the leading Infernoid build.

Interestingly, a couple of players are playing Interrupted Kaiju Slumber in the Side Deck.

This opens up an alternative play for the Zoodiac Infernoid player to go into the Kaiju Zoodiac combo in the event that the opponent activates Artifact Lancea and locks out their Infernoids. 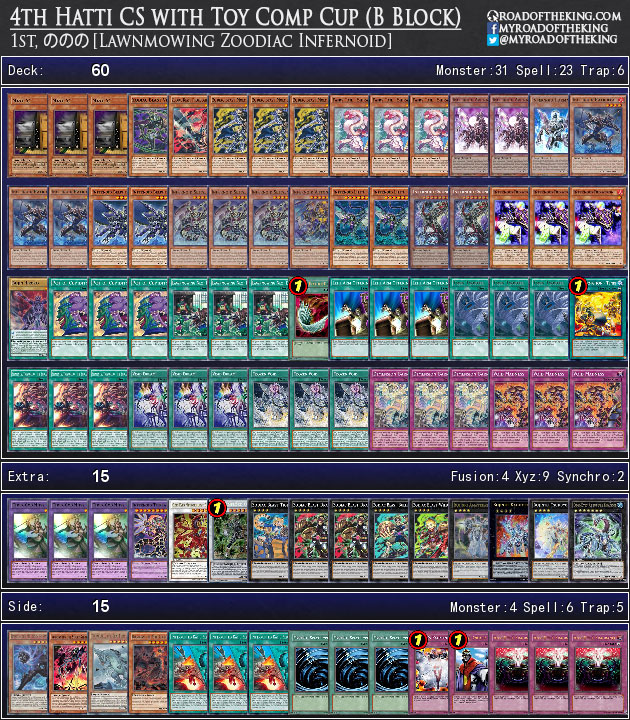 Invoked struggles as players are now prepared with Artifact Lancea against them.

In a similar fashion as Infernoid, Zoodiac Invoked players are running Interrupted Kaiju Slumber in the Side Deck to prevent being single-handedly shut down by Artifact Lancea or Dimensional Barrier. 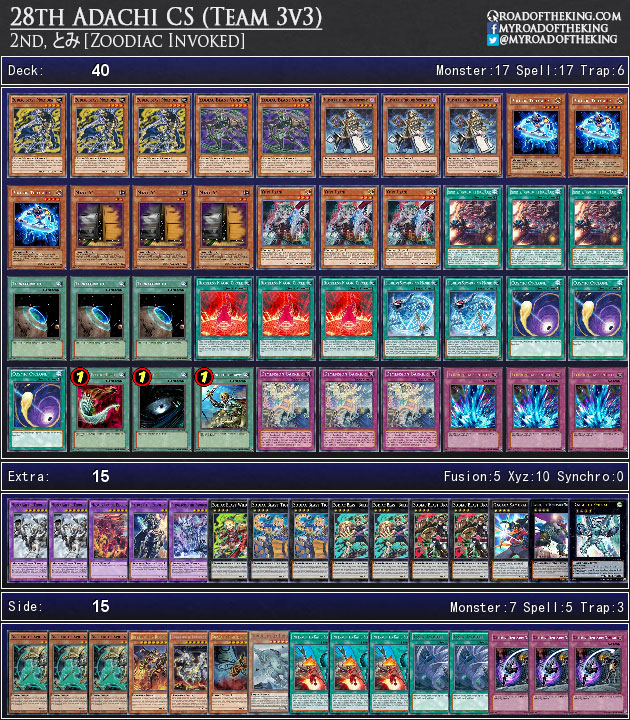 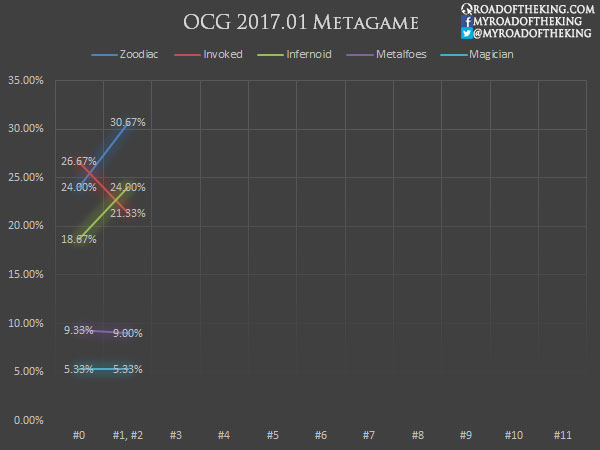 With Zoodiac Hammerkong and Zoodiac Chakanine joining from Maximum Crisis, Zoodiac is set to remain as one of the top decks to beat in the upcoming weeks.