This report will cover 63 top-performing decks from 10 Japanese tournaments that were held during 19 – 23 November 2016. 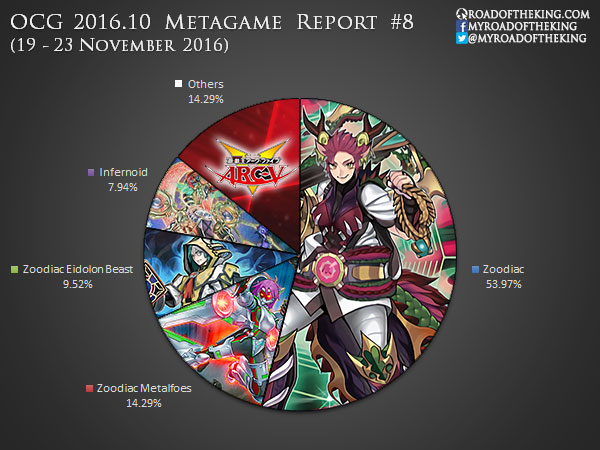 Flying “C” is making a return this week as a tech choice against Zoodiac.

Fossil Dyna Pachycephalo has also become quite a threat as Zoodiac are no longer running Number S39: Utopia the Lightning and Diamond Dire Wolf in the Extra Deck. 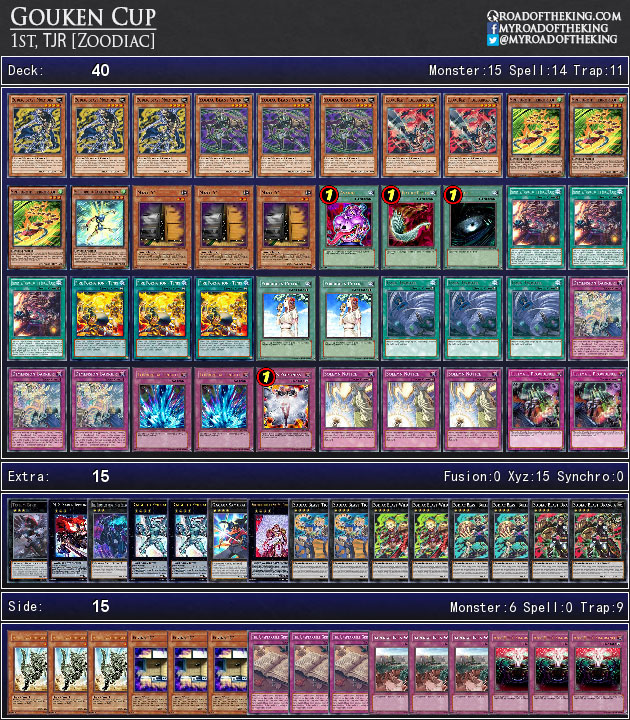 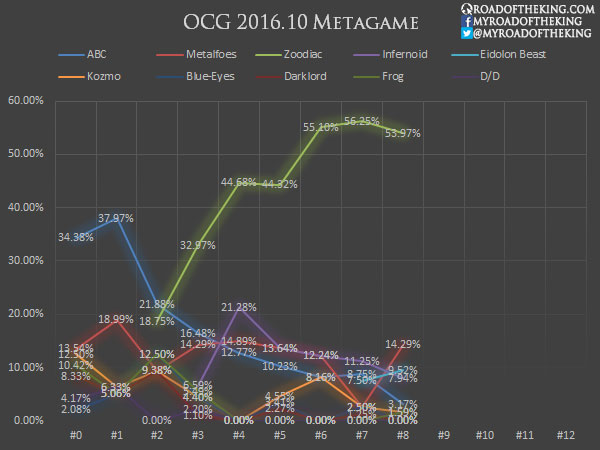 Despite Imperial Iron Wall having a regular spot in the Side Deck, Zoodiac Invoked is doing rather decently.

This is perhaps largely due to the Zoodiac engine having Zoodiac Drident as an easy out to Continuous Trap cards.

In a similar fashion, Zoodiac Metalfoes fares quite decently against Anti-Spell Fragrance.