Eidolon Beast debuted this week and made a very small impression in the competitive scene swamped with Zoodiac.

This report will cover 80 top-performing decks from 12 Japanese tournaments that were held during 12 – 13 November 2016. 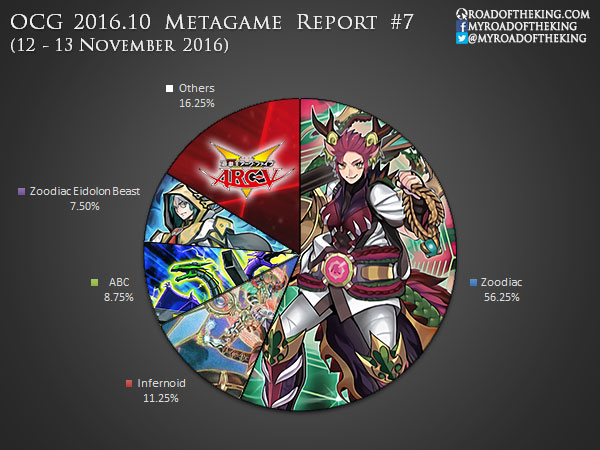 The Kaiju variant has really picked up this week – 14 players were playing Kaiju in the Main Deck, while another 4 players had Kaiju in their Side Deck.

Other than Kaiju, Book of Eclipse, Forbidden Chalice, Torrential Tribute and Forbidden Apocrypha are some of the common Side Deck choices against Zoodiac. 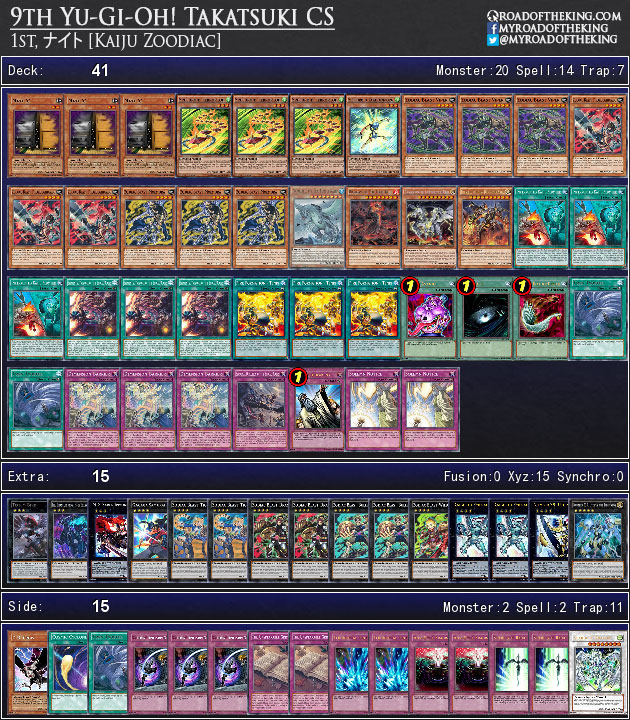 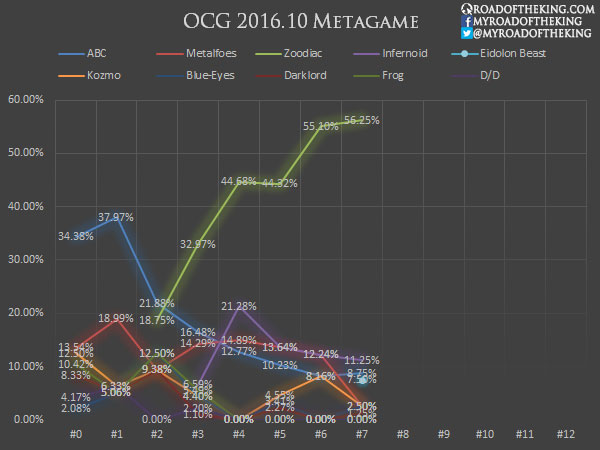 Eidolon Beast has a small showing this week, prompting some players to run Imperial Iron Wall in their Side Deck.