Legacy of the Duelist: Link Evolution has recently received an update for the Nintendo Switch, and was released on PlayStation 4, Xbox One and Steam as well.

I have played it extensively over the past few days and it was quite a blast.

The game starts off with just a basic starter deck. New cards has to be acquired by winning against other duelists or opening packs. Since I was looking forward to playing with the newer cards, I started off with the VRAINS campaign.

The first few games were extremely rough. I was stumped against Onizuka Go (The Gore) as Playmaker’s Cyberse deck was simply too weak. I was only able to progress when Onizuka Go finally opened with a bricked hand.

By clearing Stage 3 Hanoi’s Angel and then Stage 8 Once Upon a Time, Blue Angel would be unlocked in the Duelist Challenges, and that would allow me to acquire the Trickstar cards. 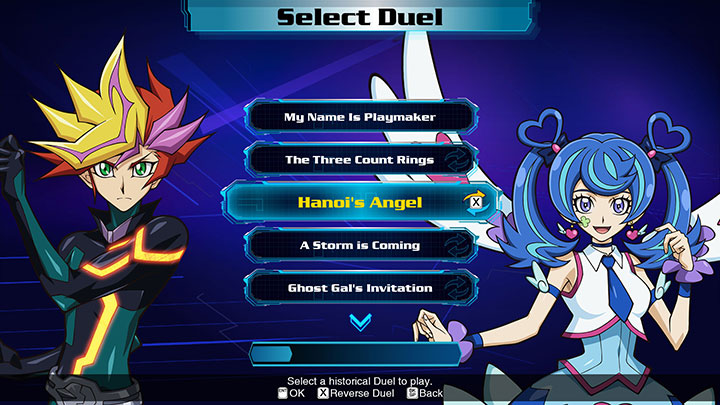 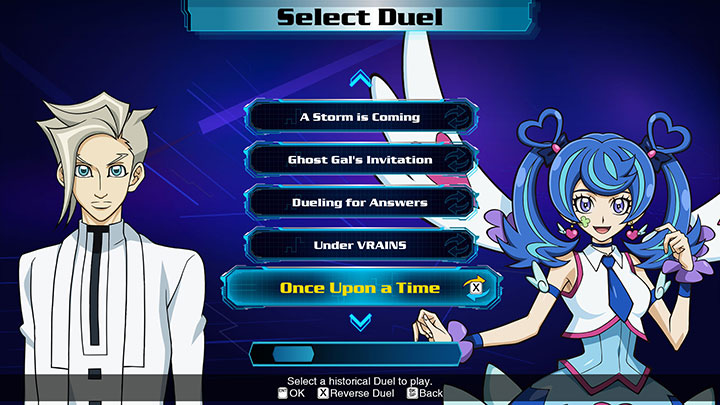 Following was just grinding out Trickstar cards by repetitively playing against Blue Angel in the Duelist Challenges. 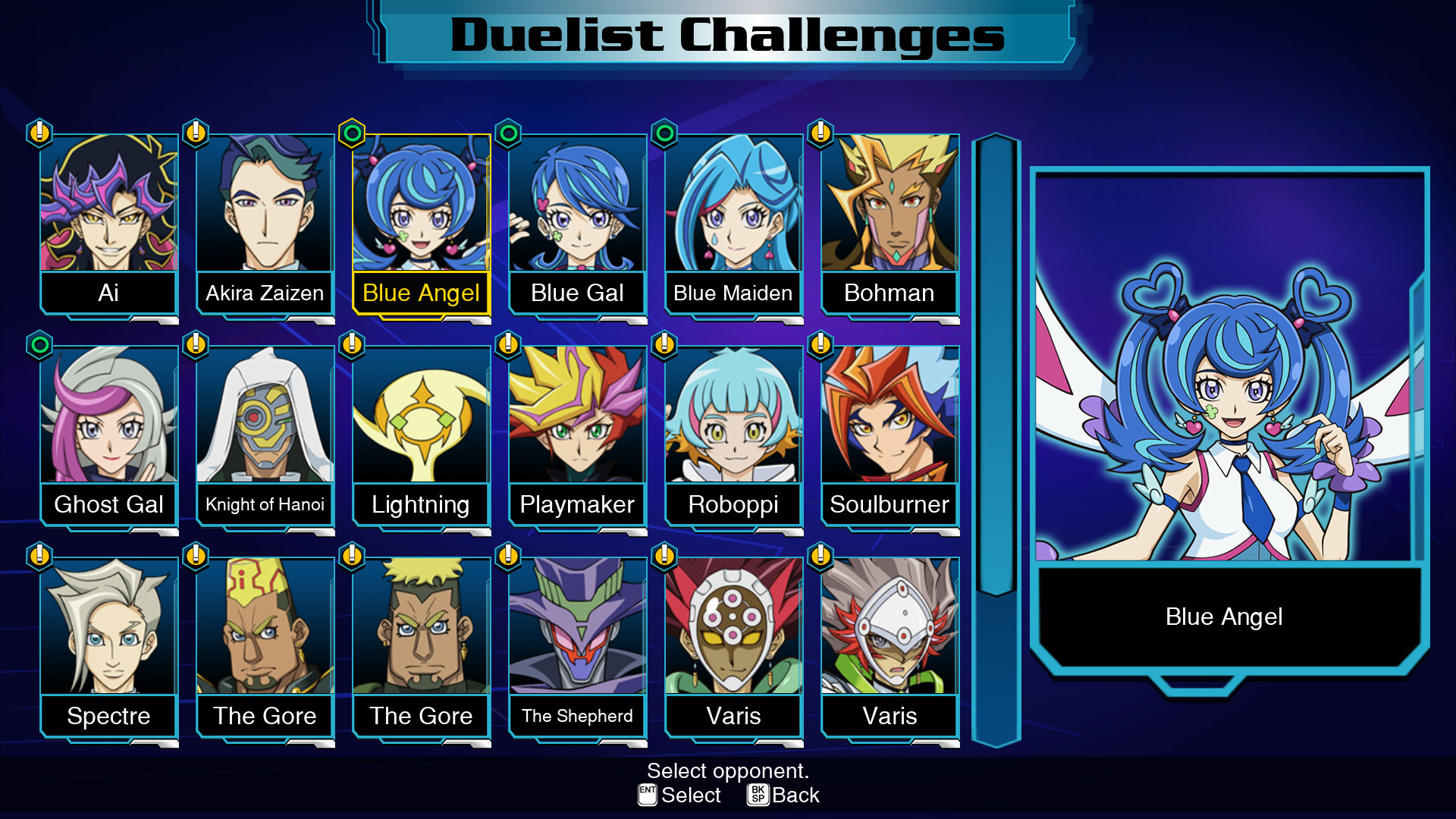 There is also Honest, Terraforming and Solemn Strike for additional support. 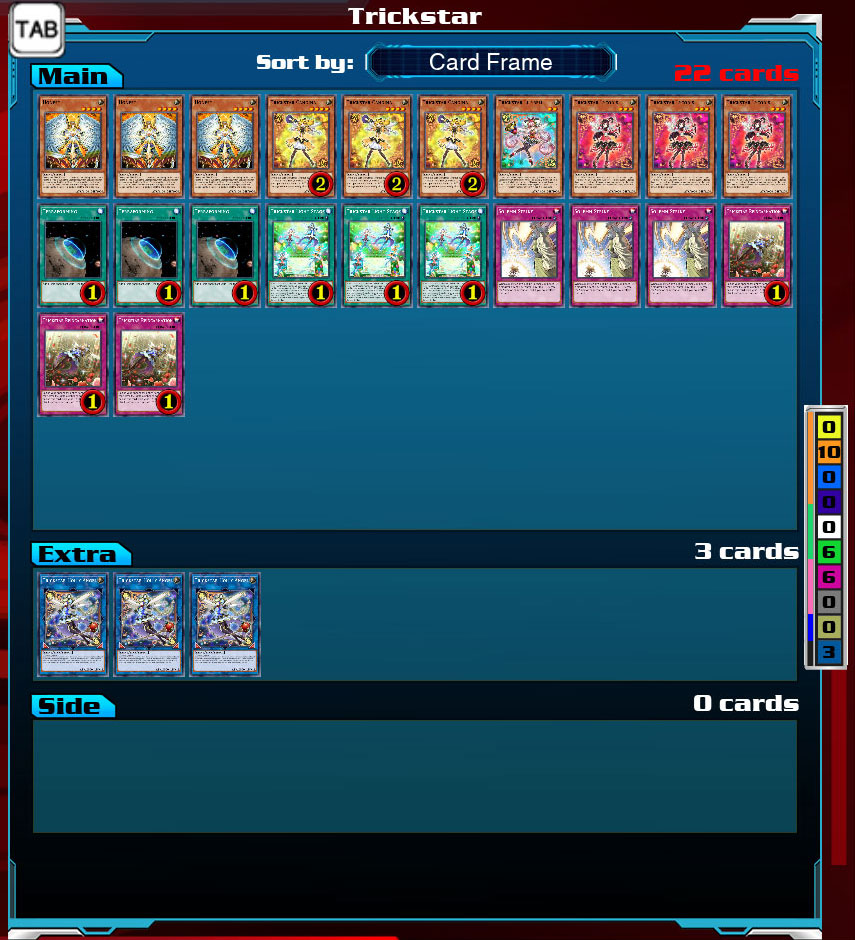 The DPs gained were used on the Blue Angel packs in the Card Shop. 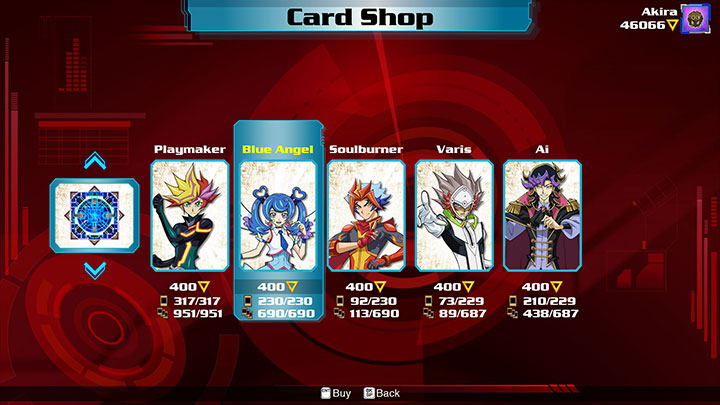 This build should be strong enough to clear the rest of the game. 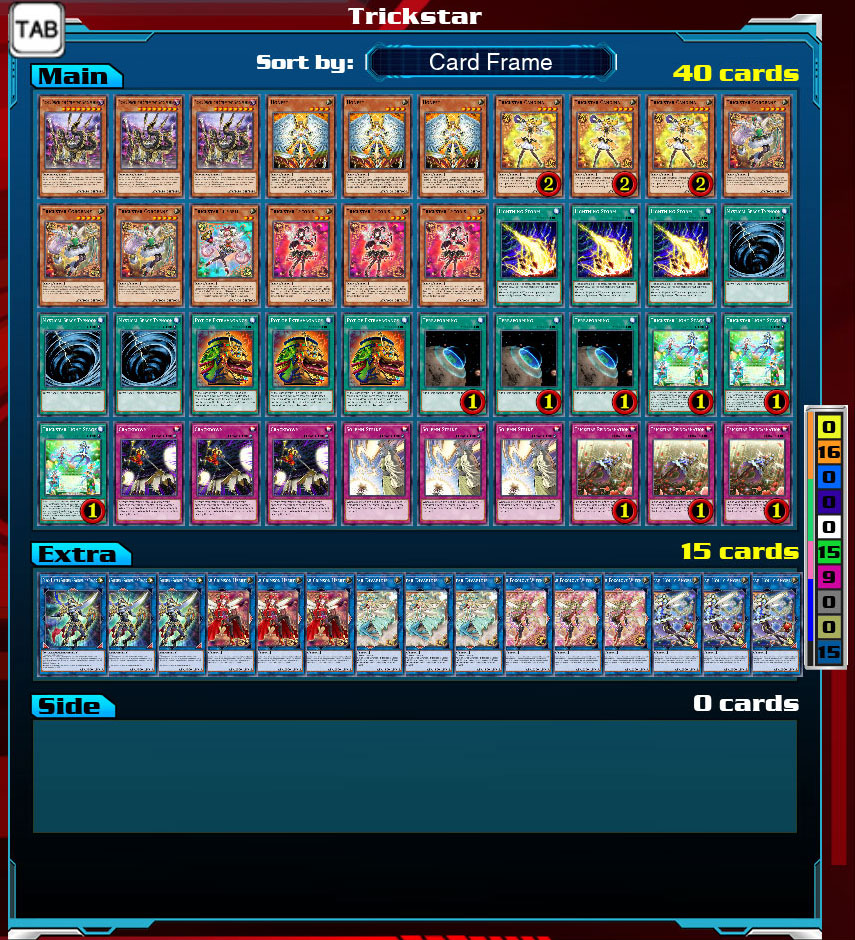 Playing through the campaign against duelists such as Playmaker and Varis would give useful Link Monsters such as Firewall Dragon, Borreload Dragon, Borrelsword Dragon.

Playmaker packs also come with the Knightmare Link Monsters that enables a transition into a Trickstar Link deck. 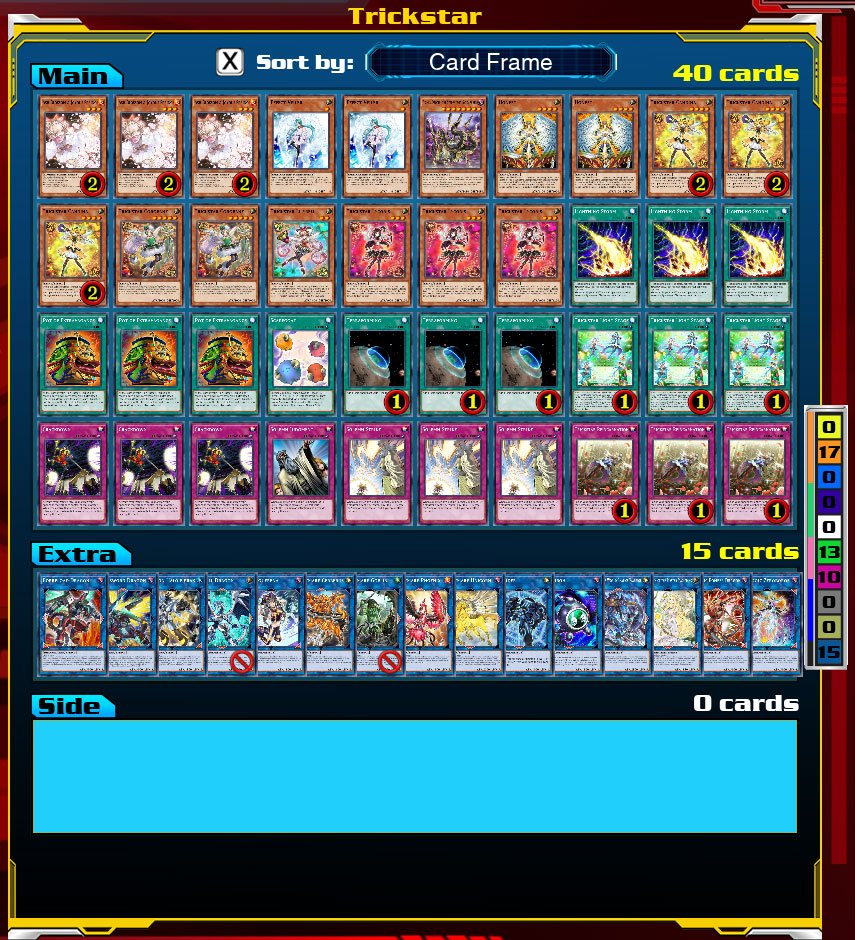 Nothing more fun than performing an Extra Link. 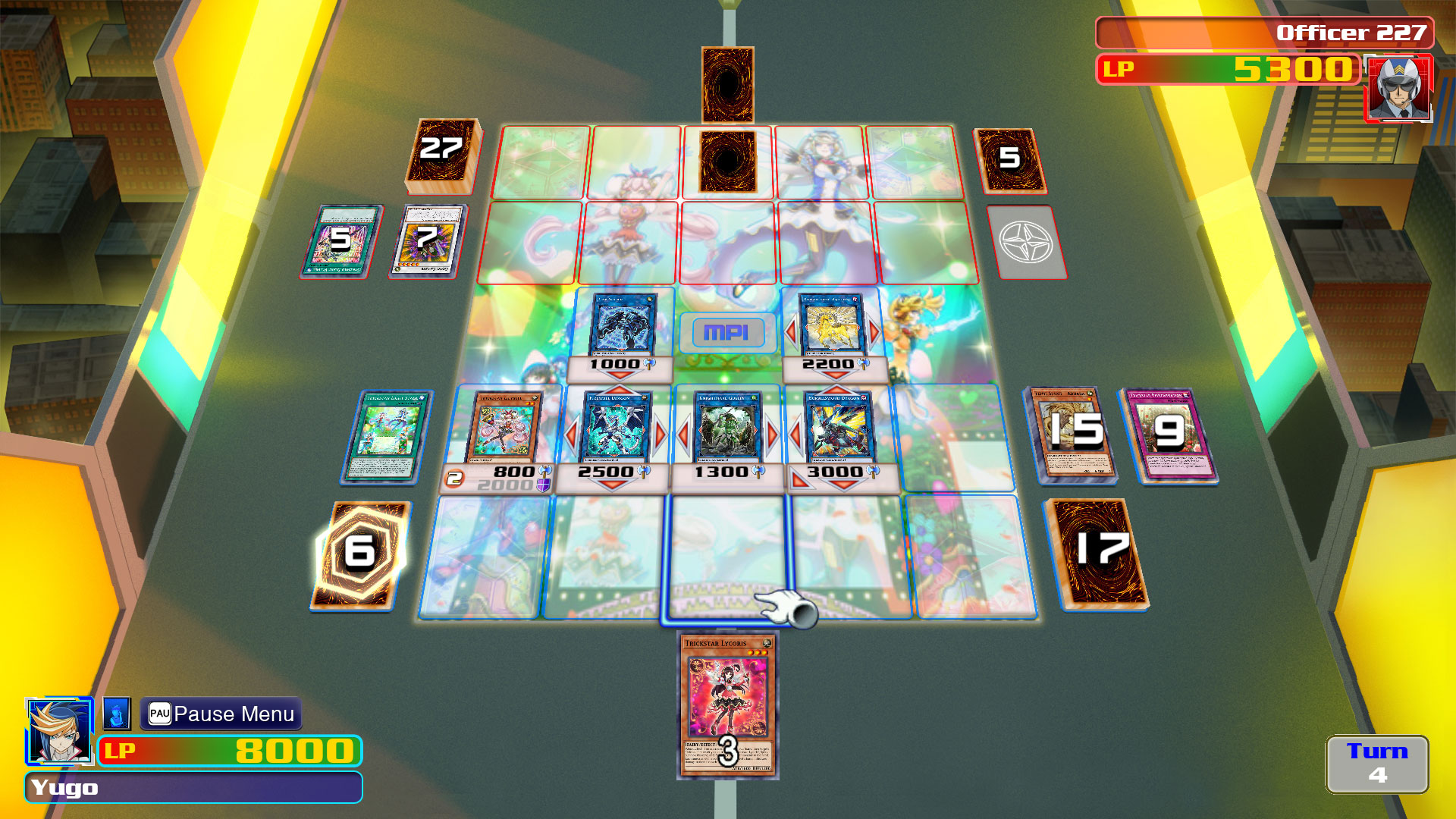 Legacy of the Duelist: Link Evolution uses the Master Rule (1 April 2020 Revision) and it was a great way to test out the new rules. However, the lack of newer cards from Eternity Code meant that I was unable to test with various new cards such as Girsu, the Orcust Mekk-Knight, Parallel eXceed, Accesscode Talker, Linkross, which forms the core strategy of a quite a few decks.

Legacy of the Duelist: Link Evolution is quite a decent game though I believe their target audience are not the OCG/TCG players.

The campaign follows the anime story line. This is a great way to attract people who had watched and enjoyed the anime, and would like to have a taste of the card game. The tutorials about the various summoning methods such as Pendulum Summon and Link Summon makes it easier for these players to understand the ever increasingly complex game rules.

This is a good stepping stone for people to get interested in the OCG/TCG, and for old returning players to get acquitted with the new rules.