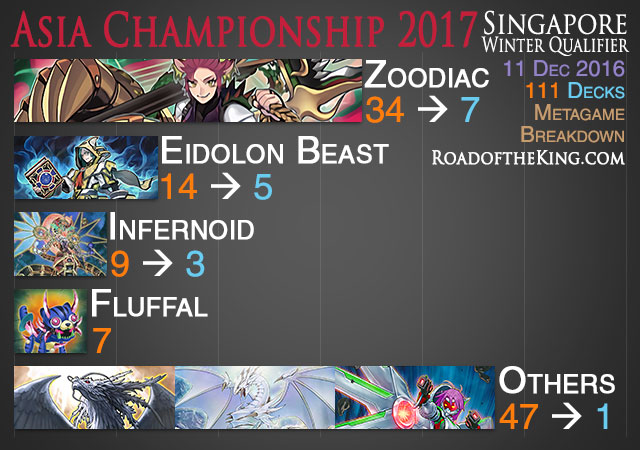 The OCG 2016.10 format is heavily dominated by Zoodiac.

Despite having the largest showing, Zoodiac performed below expectation – just 7 made the Top 16.

On the other hand, Eidolon Beast went above expectation with 5 making the Top 16. The Artifact Windwitch Eidolon Beast build in particular performed exceptionally well – only 5 players were piloting the deck and 3 of them made the Top 16.

3 Lawnmowing Infernoid and 1 Artifact Bujin made up the rest of the Top 16. 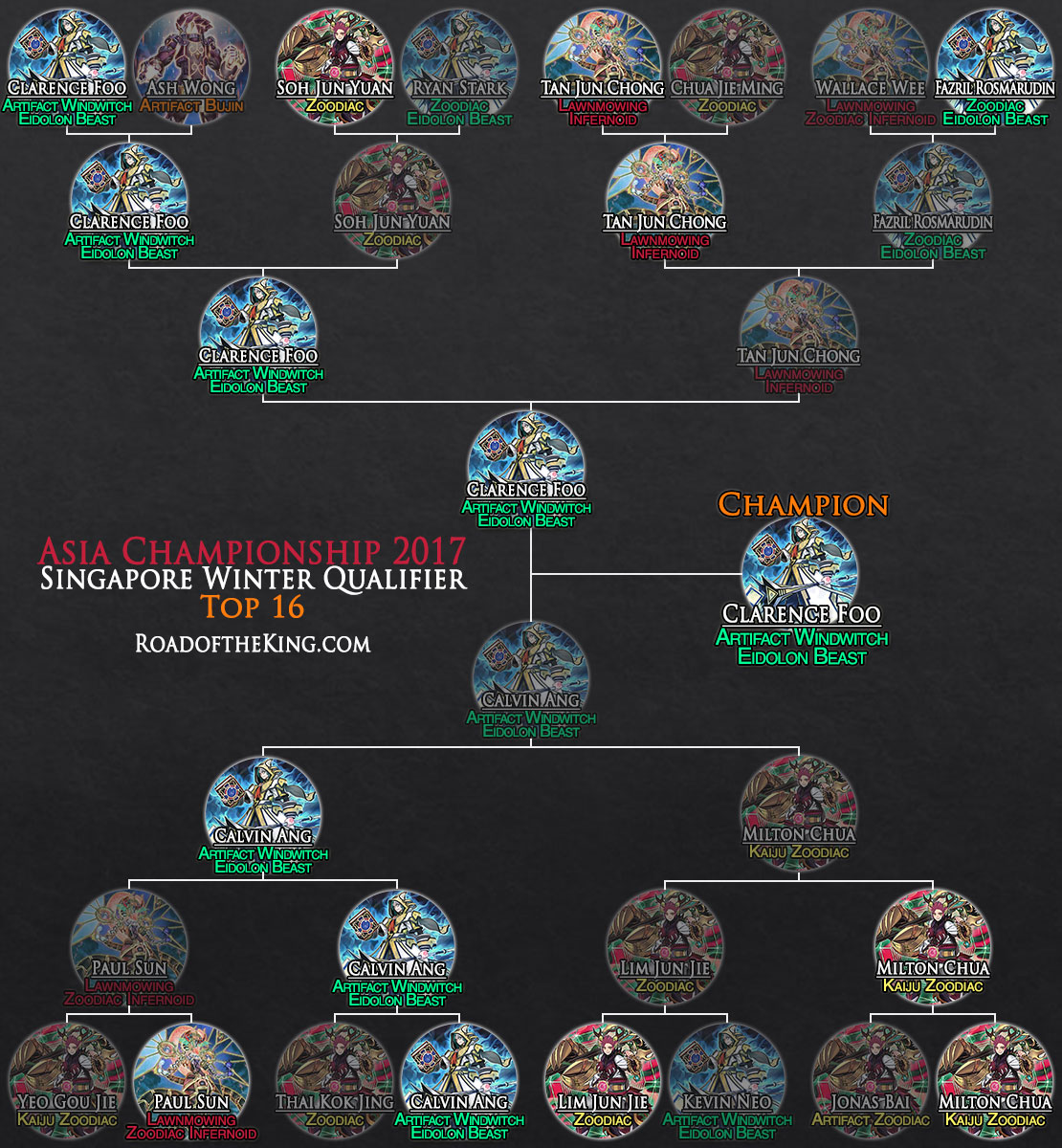 Progressing through the Single-Elimination stage, more Zoodiac were eliminated from the tournament.

The last Zoodiac and the last Infernoid were both taken out at the semifinal, leaving us with 2 Artifact Windwitch Eidolon Beast to play out a mirror match in the final. 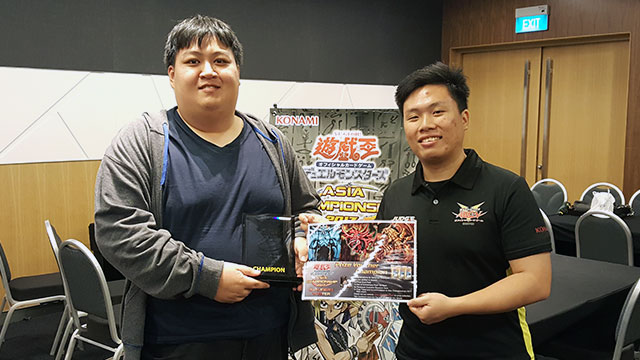 With his Artifact Windwitch Eidolon Beast deck, Clarence Foo went 10-0 to win the tournament and earned his invitation to the Asia Championship 2017.

It was a hard-earned victory for Clarence, having to defeat the 2011 and 2012 Asia Champion, Soh Jun Yuan, in the quarterfinal match, and then the 2014 Asia Champion, Calvin Ang, in the final match.