As the metagame slows down in the OCG 2016.04 format, we see the re-emergence of trap-heavy control decks such as Qliphort.

Based on data tabulated in the table above, we can see that Burning Abyss, Blue-Eyes, and Monarch decks are running 1 Harpie’s Feather Duster and 3 Twin Twisters. 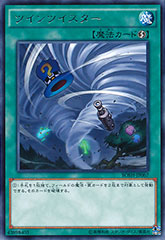 Twin Twisters is now the preferred Spell/Trap destruction card to run, and the dominant decks are running the full 3 copies.

While having the ability to take out up to 2 Spell/Trap cards gives it a strong advantage over the other single-targeting Spell/Trap destruction cards, the main advantage that makes Twin Twisters the preferred choice is the discard.

Twin Twisters provides an avenue to discard, and this helps Burning Abyss, Blue-Eyes, and Monarch to get their engine started.

Decks that are unable to take advantage of the discard (i.e. Qliphort) would prefer Mystical Space Typhoon instead. 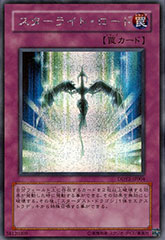 With most decks running 1 Harpie’s Feather Duster and 3 Twin Twisters, Starlight Road might seem like a good choice, but that is not the case.

This meant that Starlight Road has much lesser targets to hit, making it a poor choice in the current format. 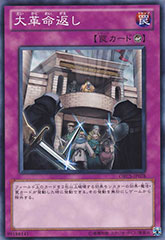 On the other hand, The Huge Revolution is Over is rising in popularity, much due to its versatility.

In addition to being able to negate Harpie’s Feather Duster and Twin Twisters, The Huge Revolution is Over also counters Diamond Dire Wolf and The Phantom Knights of Break Sword. This is rather significant as the latter is seeing quite a lot of play in the popular Speedroid Phantom Knights Burning Abyss deck.

The choice is obvious for Qliphort players – Starlight Road is much less desirable if you cannot special summon Stardust Dragon while having a Qliphort in your Pendulum Zone. 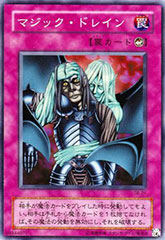 Magic Drain experienced a surge in play, largely due to the popularity of Speedroid Phantom Knights Burning Abyss.

While the opponent can play around Starlight Road or The Huge Revolution is Over by choosing only 1 target for Twin Twisters, the same trick doesn’t work on Magic Drain.

The current top decks in the metagame are mostly running 1 Harpie’s Feather Duster and 3 Twin Twisters.

For trap-heavy control decks, the preference now is to run 0 or 1 The Huge Revolution is Over and 2 or 3 Magic Drain.