This report will tabulate 104 top-performing decks from 17 tournaments that were held in Japan, China Mainland, Taiwan, and South Korea during 30 July – 7 August 2022. 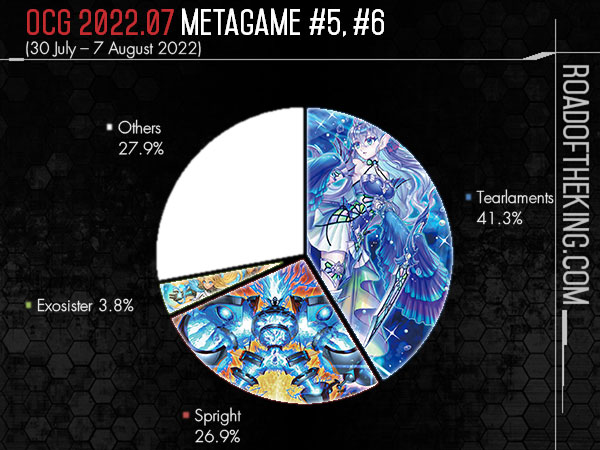 Mekk-Knight Crusadia Avramax that was Link Summoned using I:P Masquerena cannot be targeted and cannot be destroyed by opponent’s card effects, and could boost its own ATK when battling with a Special Summoned monster, making it difficult to be taken out.

Taking control of the opponent’s Mekk-Knight Crusadia Avramax is often a game winning play, making Borreload Dragon the preferred choice over Underworld Goddess of the Closed World for many players. Borreload Dragon is also more resilient against targeting removal such as Kashtira Fenrir. 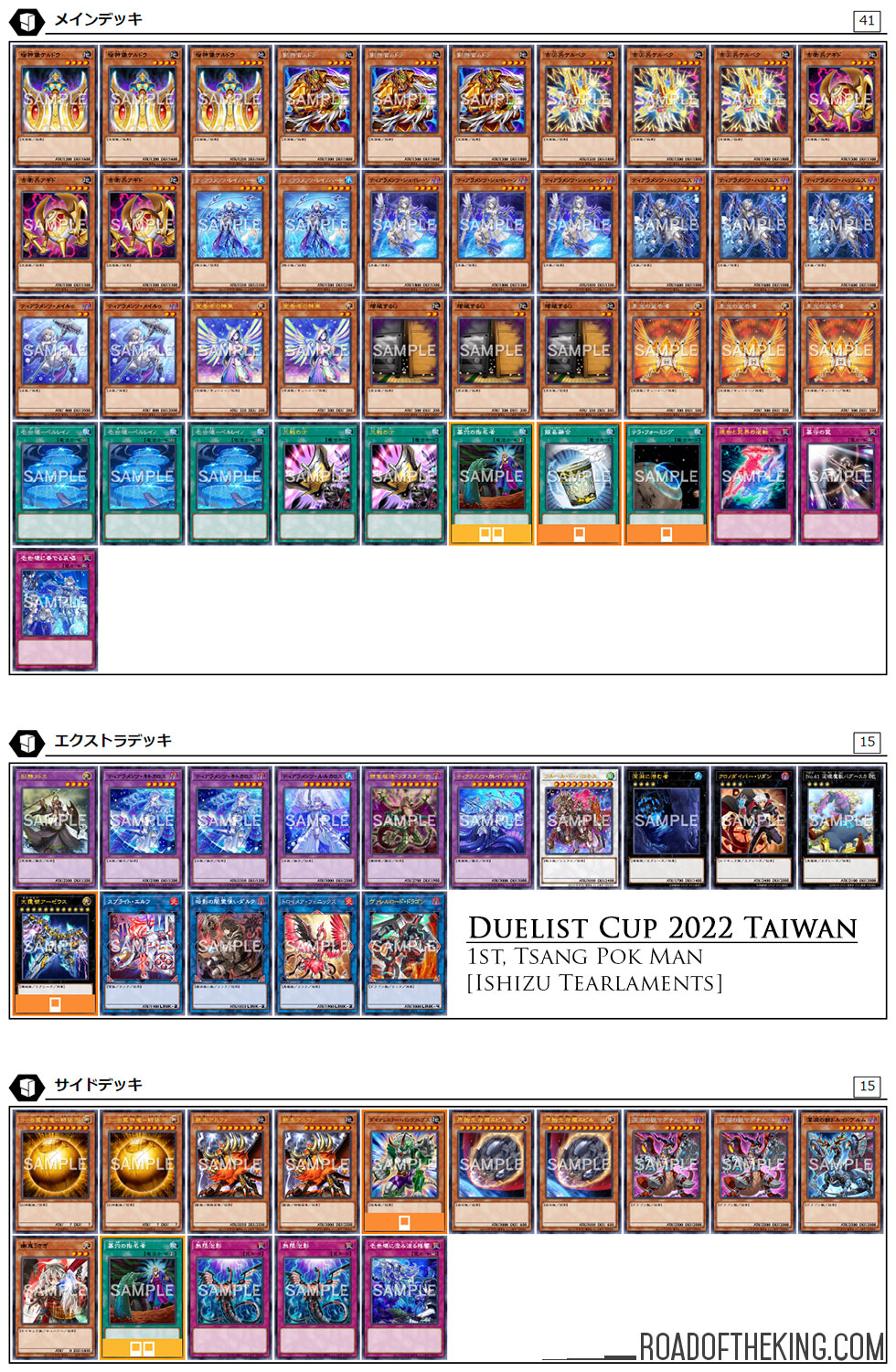 Spright’s opening board is now much more vulnerable to Spell removal such as Raigeki, and could only rely on Spright Carrot or Solemn Judgment to negate Spell cards. More often when unable to negate Raigeki, the Spright player would have to chain with I:P Masquerena effect to Link Summon a Link Monster. A Link Monster summoned using I:P Masquerena cannot be destroyed by opponent’s card effects, and it would remain after Raigeki.

Mekk-Knight Crusadia Avramax was one of the popular Link Monster to summon with I:P Masquerena among early Spright deck builds, but has fallen recently as many opponents are now prepared with Borreload Dragon or Underworld Goddess of the Closed World and could clear it with ease. Apollousa, Bow of the Goddess becomes the next popular option, being able to negate monster effects and disrupt their plays.

Raigeki is a powerful removal against Spright, but it does not wipe out Spright’s opening board completely as they could still chain with I:P Masquerena. Hence some players have opted to run The Winged Dragon of Ra – Sphere Mode instead, to cleanly take out Gigantic Spright equipped with Dragon Buster Destruction Sword, Spright Elf and I:P Masquerena by tributing them all. 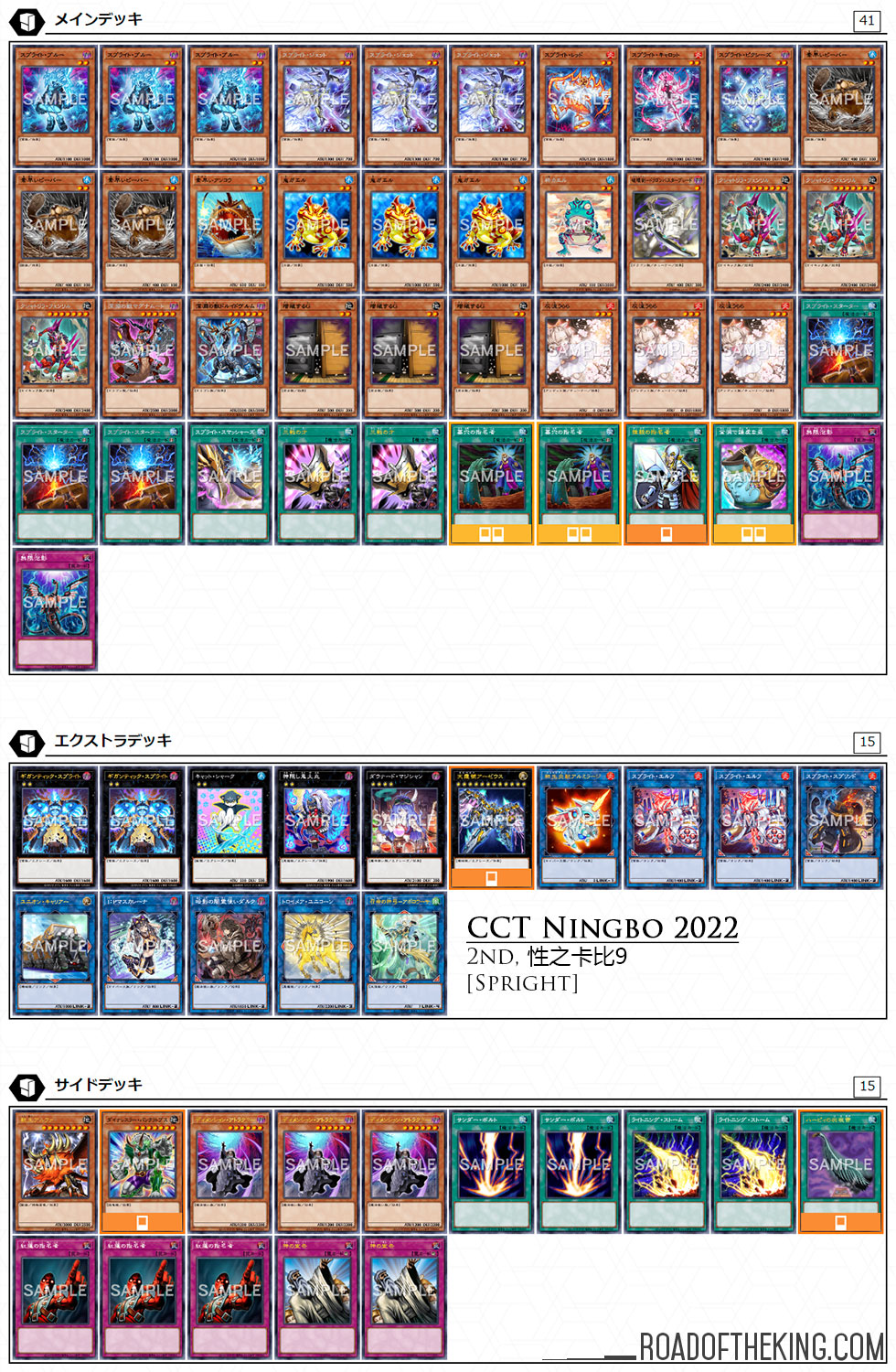 Tearlaments and Spright are still running in first and second respectively, but the gap between them has narrowed slightly.