This report will tabulate 122 top-performing decks from 28 tournaments that were held in Japan, China Mainland and Vietnam during 2 – 20 April 2022. 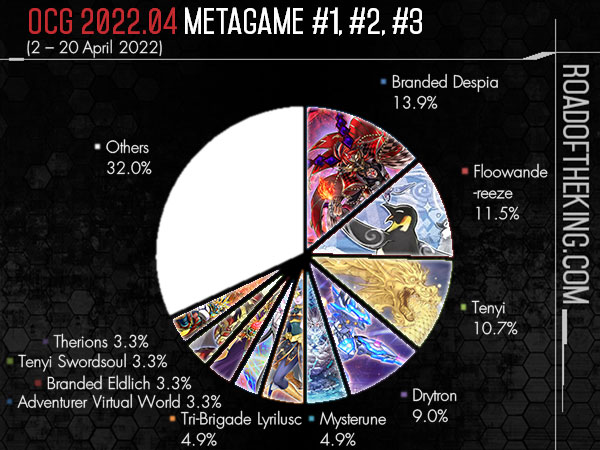 As Dinomorphia Therizia effect is able to set Dinomorphia Frenzy from deck, all 6 Dinomorphia cards in the Main Deck are starter cards. Branded Despia has 8 starter cards consisting of 3 Aluber the Jester of Despia, 3 Branded Fusion, 2 Branded Opening. Counting in 2 Pot of Prosperity brings the total amount of starters to 16, allowing the deck to consistently make opening plays. 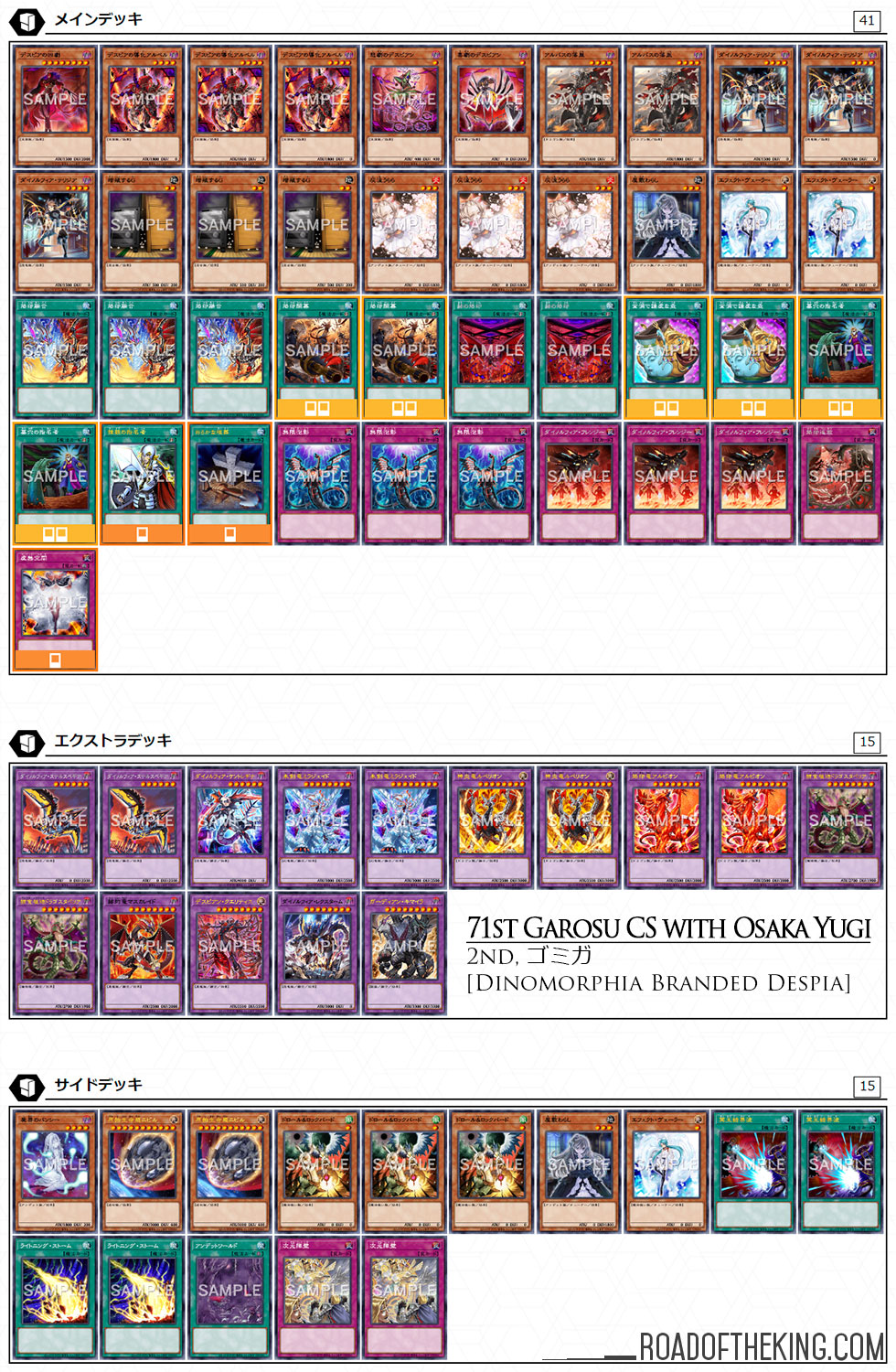 He ran 3 Twin Twisters in the Side Deck. Some Branded decks are running Necroworld Banshee and Zombie World in the Side Deck as a tech against Floowandereeze. Since the opponent is likely to activate Necroworld Banshee effect in a chain against a Floowandereeze monster effect, rendering Twin Twisters a better pick over Lightning Storm in this situation.

Dinomorphia Frenzy and Floowandereeze and the Dreaming Town can only be activated during the Main Phase, Twin Twisters as a Quick-Play Spell could pre-emptively destroy them during the Draw Phase or Standby Phase. 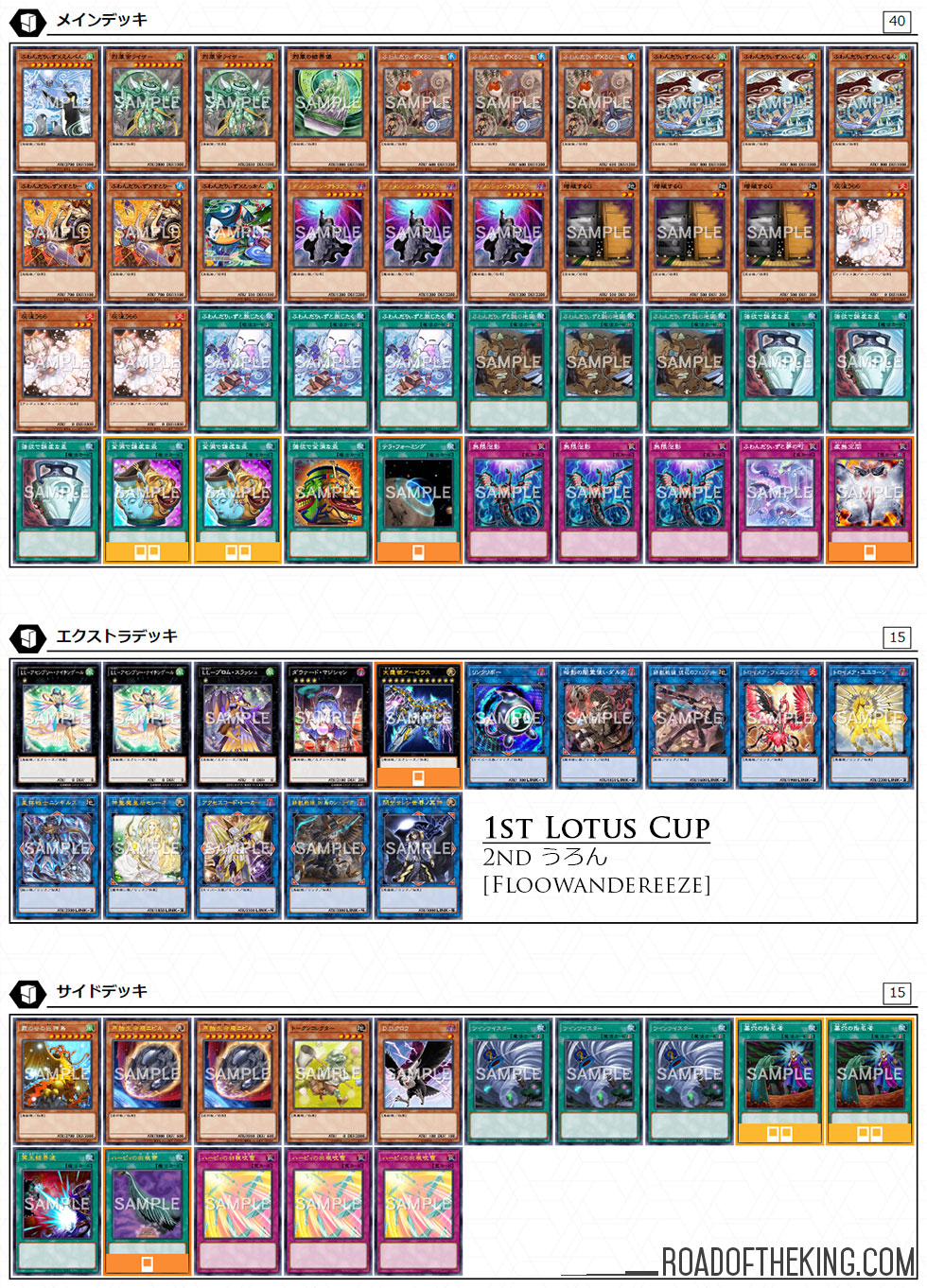 P.U.N.K. package enables the deck to open with Cherubini, Ebon Angel of the Burning Abyss to send Water Enchantress of the Temple to the graveyard, setting up the usual Adventurer board with Wandering Gryphon Rider, before going into the standard Crystron Halqifibrax into Mecha Phantom Beast Auroradon combo. 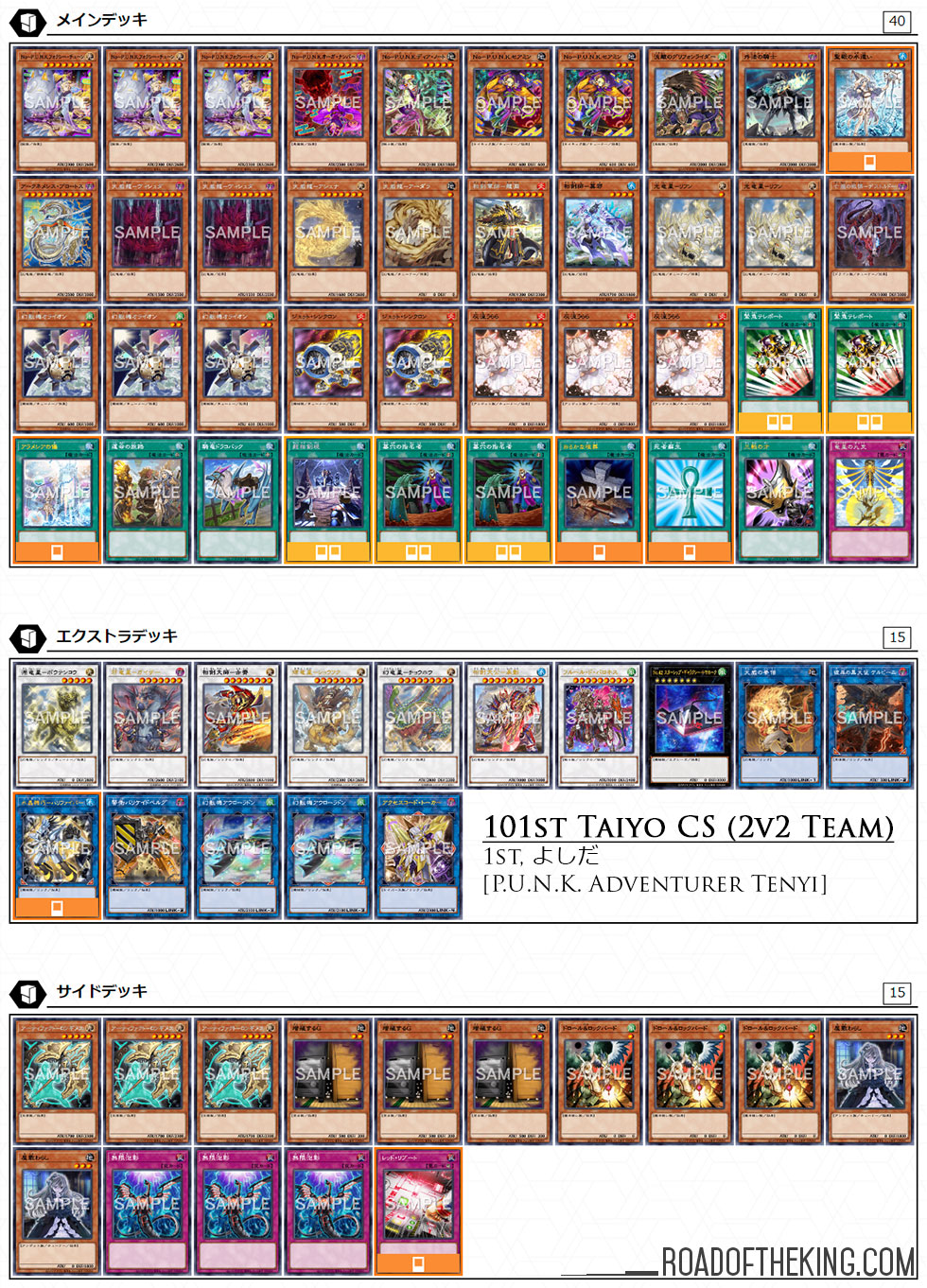 Drytron would still prefer to run Forbidden Droplet as they could still use their Drytron effects from the graveyard after sending them for the activation cost, while still allowing them to do damage and potentially going for an OTK. However, Dark Ruler No More would suffice for most decks against the current metagame. For decks that could not afford Forbidden Droplet‘s activation cost, or would not be able to dish out lethal damage within a turn, would prefer to run Dark Ruler No More instead. 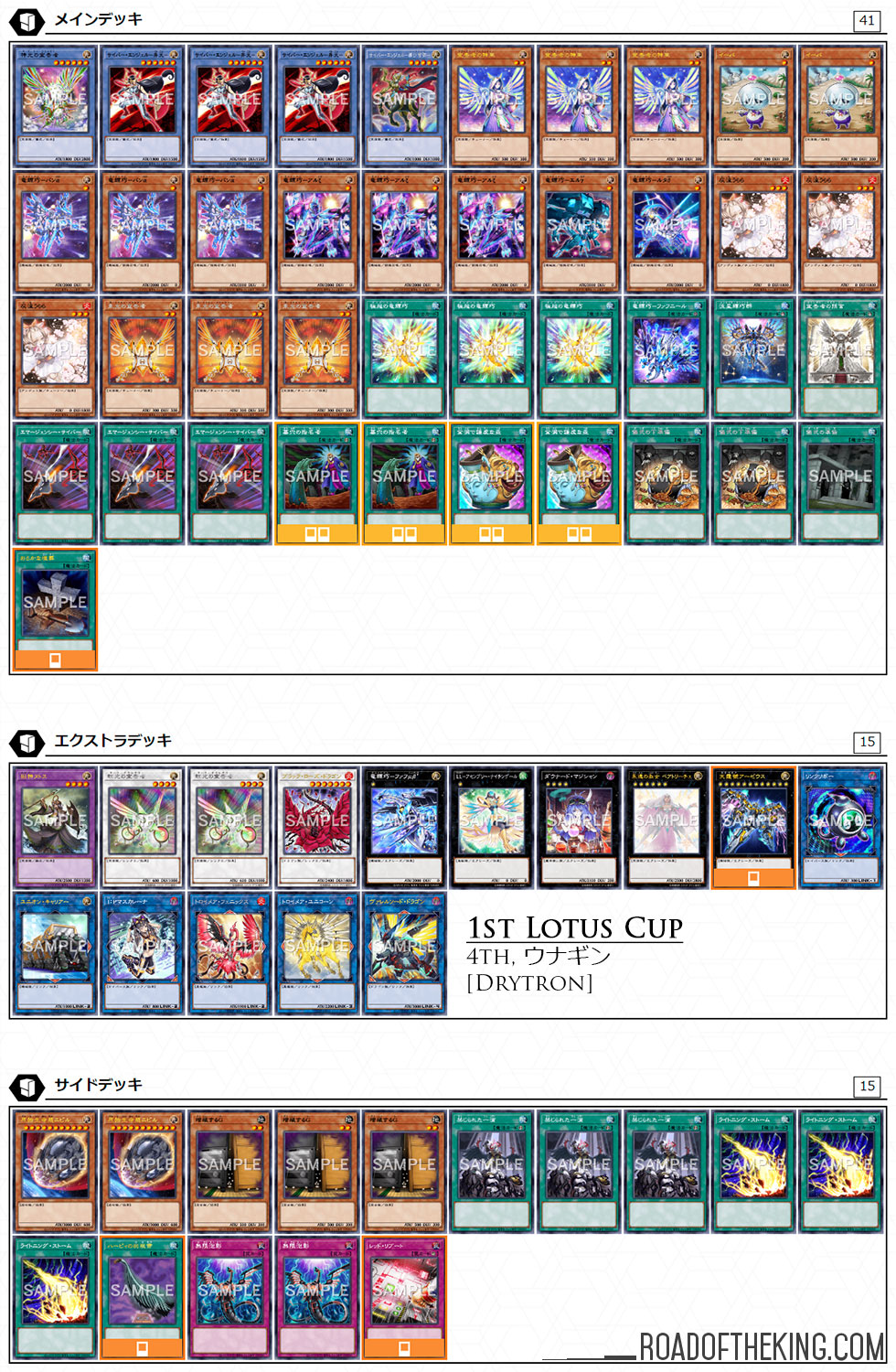 The format remains largely the same, with Branded Despia, Floowandereeze, Tenyi and Drytron staying at the top spots.

Signs of the weakened Adventurer package are finally showing as more deck builds are dropping them. Among Branded Despia decks, several players are switching over to a mono Branded Despia build with more Branded cards, or to the Dinomorphia build.

The new booster set Power of the Elements released this weekend is expected to bring a new breath into the metagame.