This report will cover 109 top-performing decks from 23 tournaments that were held in Japan, mainland China and Vietnam during 11 – 23 February 2022. 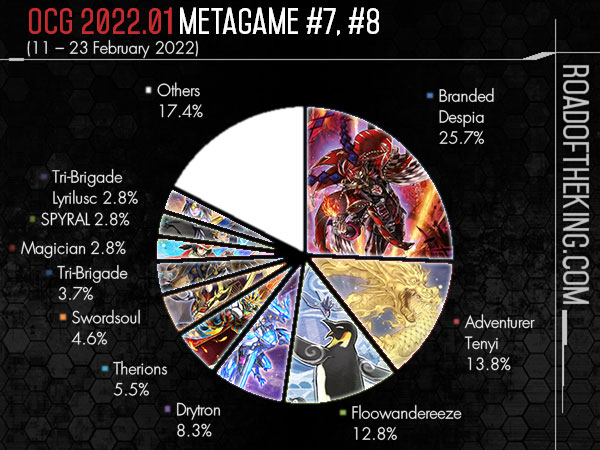 He ran 1 Alba-Lenatus the Abyss Dragon in the Extra Deck.

Alba-Lenatus the Abyss Dragon can be Special Summoned by sending Fallen of Albaz and 1 or more Dragon monsters from either player’s Monster Zone to the graveyard. This can be used for clearing Borreload Savage Dragon, Number 38: Hope Harbinger Dragon Titanic Galaxy and Dragonmaid monsters. However, these Dragon monsters are not very prevalent in the current metagame. 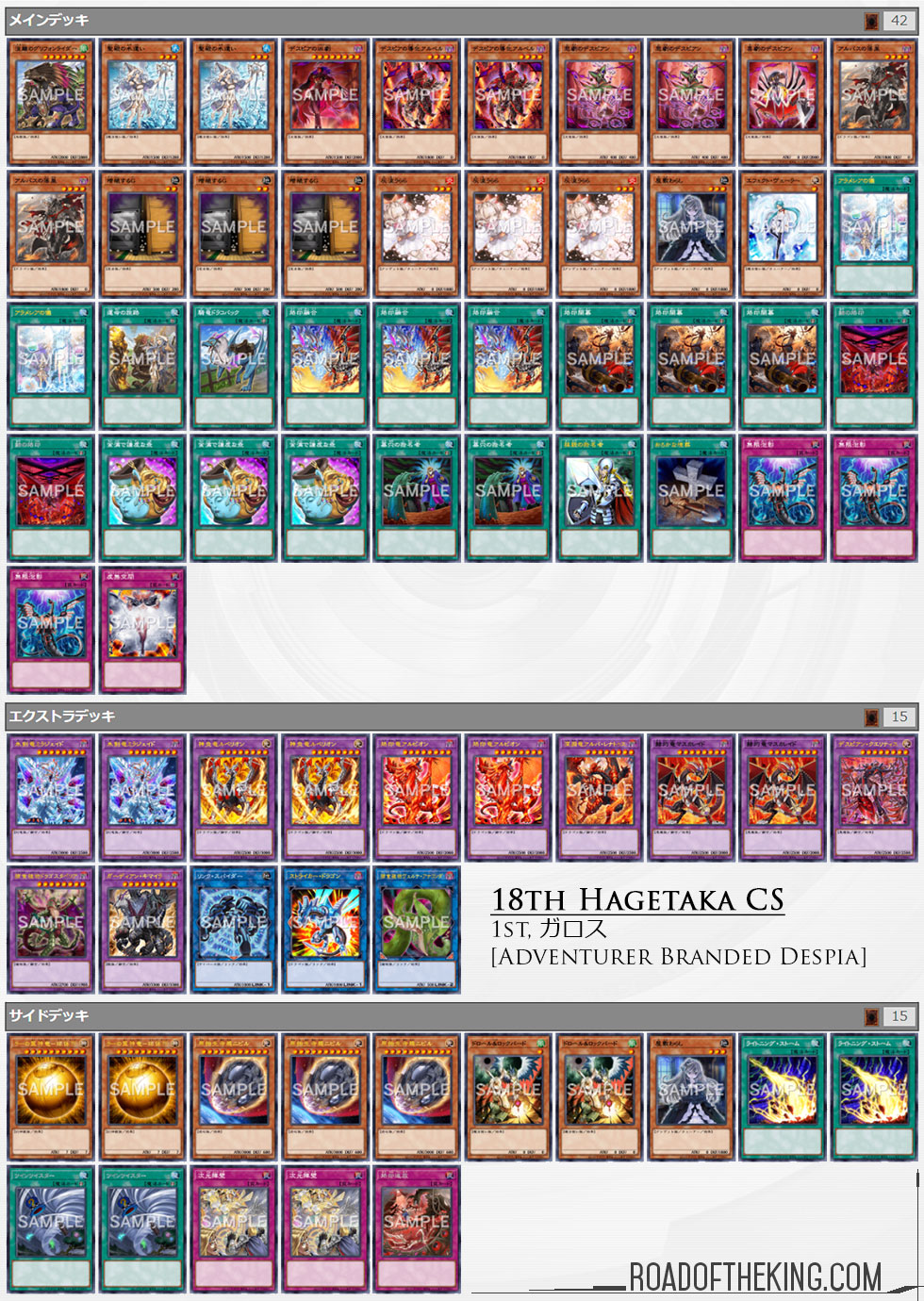 To increase the odds of his Maxx “C” effect resolving, he ran 1 Ghost Belle & Haunted Mansion in the Main Deck against Called by the Grave. Ghost Belle & Haunted Mansion can also be used to negate Despia’s Branded in Red and Adventurer’s Water Enchantress of the Temple, a reasonable inclusion in the Main Deck against the current metagame. 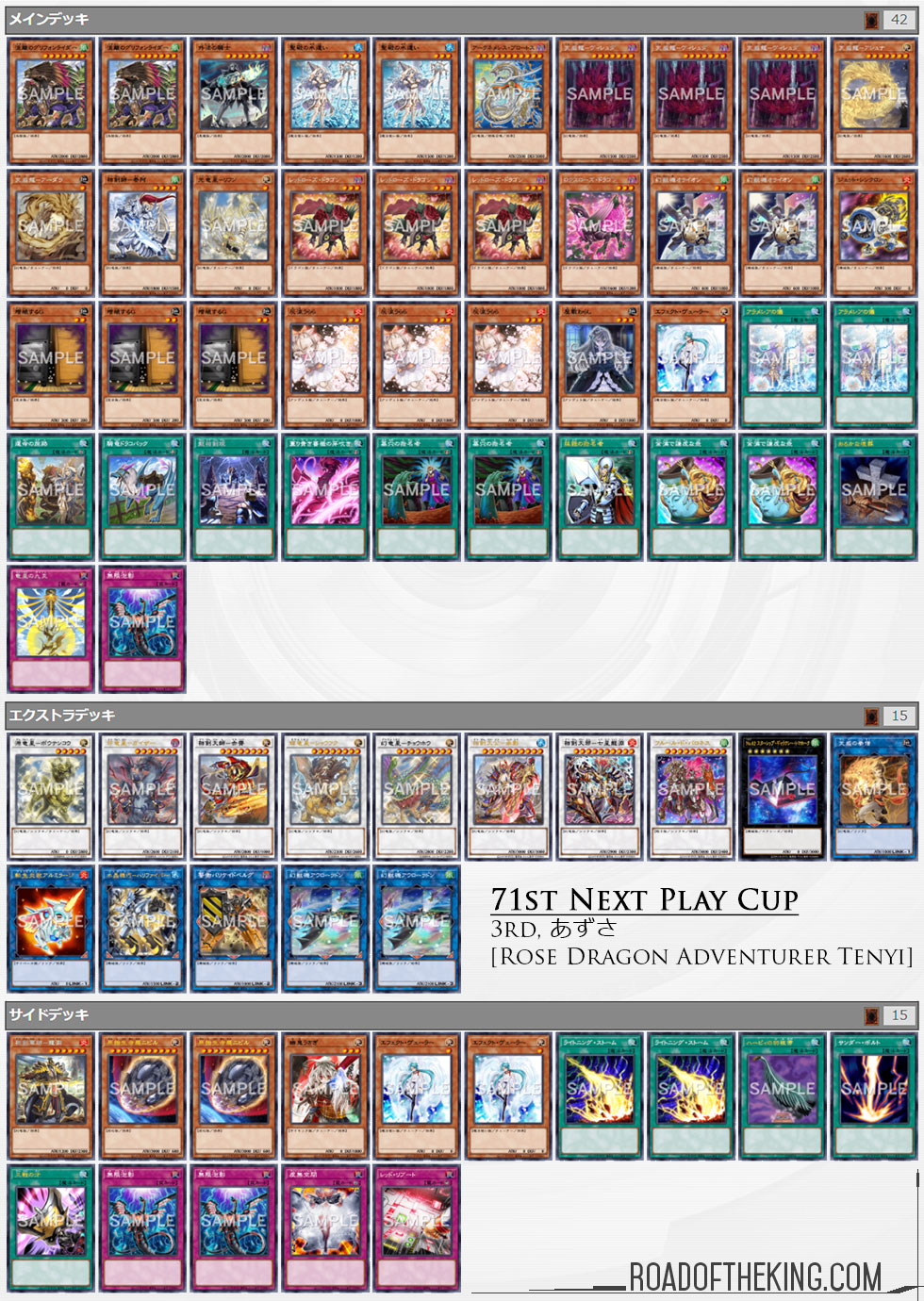 Although Despian Tragedy can still activate its ① effect when banished, Dimension Shifter will still narrow down the available options for Branded Despia. While Dimension Shifter effect is applied, all cards sent to the graveyard will be banished instead. With no Despia monster or Fallen of Albaz in the graveyard to target, Branded in Red cannot be activated. Mirrorjade the Iceblade Dragon ② effect also cannot be activated since the activation cost of sending 1 Fusion Monster that lists Fallen of Albaz as material from your Extra Deck to the graveyard cannot be fulfilled. That would leave Branded Despia with just Predaplant Dragostapelia as their only disruption. 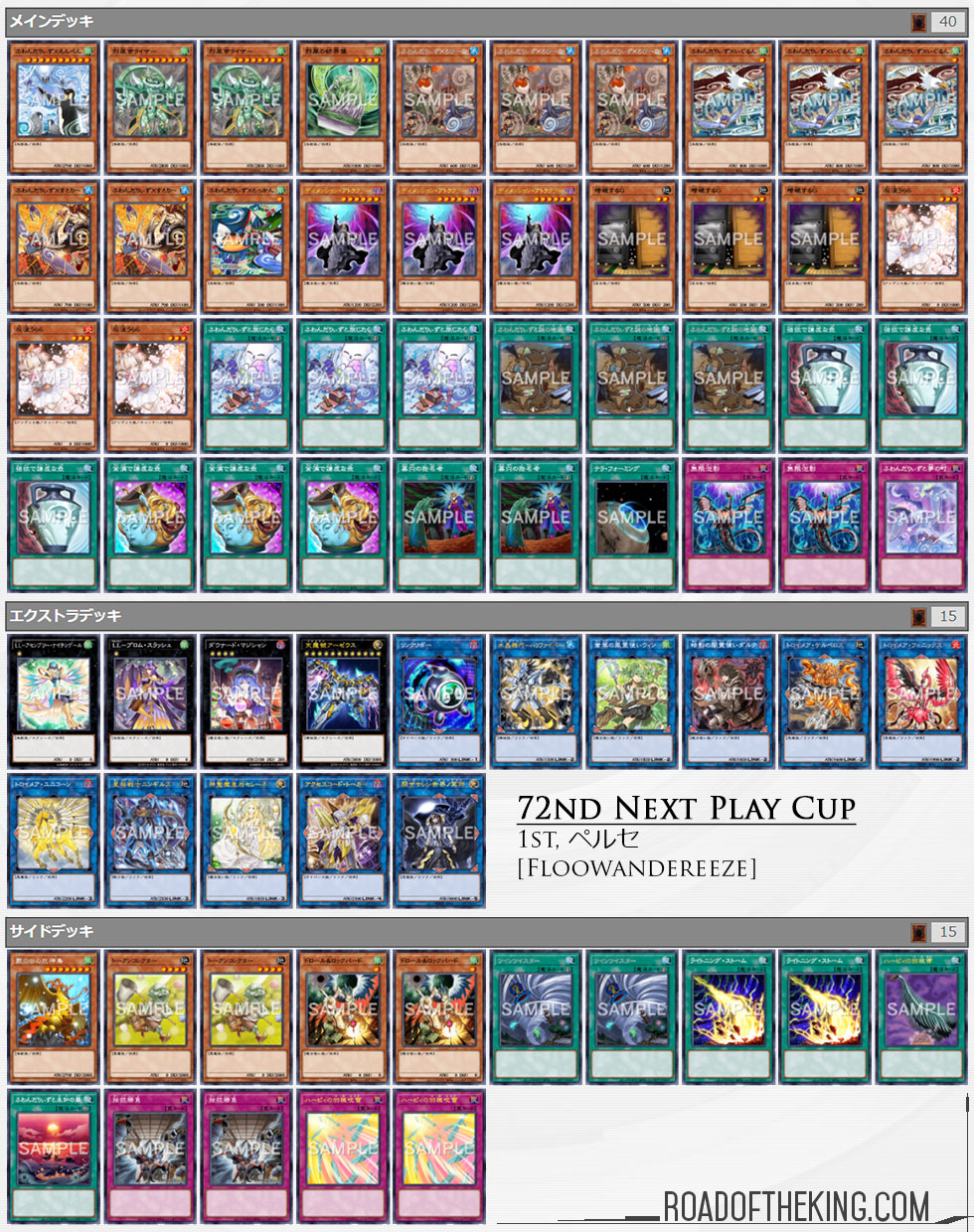 With very little impact from the recent new sets, the metagame remains largely the same with Branded Despia and Adventurer Tenyi retaining the same top spots. Floowandereeze has made a surprising climb these two weeks, tying up against Adventurer Tenyi.

The current metagame trend is expected to continue till the end of the format as the next set release Deck Build Pack: Tactical Masters will only drop on the second half of March.