This report will cover 96 top-performing decks from 19 tournaments that were held in Japan, mainland China and South Korea during 29 January – 9 February 2022. 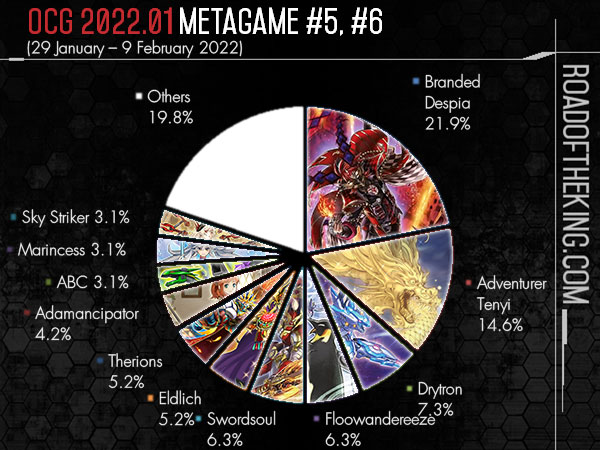 The Extra Deck for Branded Despia builds have largely standardized around 12 Fusion Monsters with 3 Link Monsters. The Link Monsters are mainly to aid in poor opening hands that has no Branded Fusion or could not fetch for it. Link Spider enables “Adventurer Token” to be used for the Link Summoning of Predaplant Verte Anaconda which can then copy Branded Fusion effect. 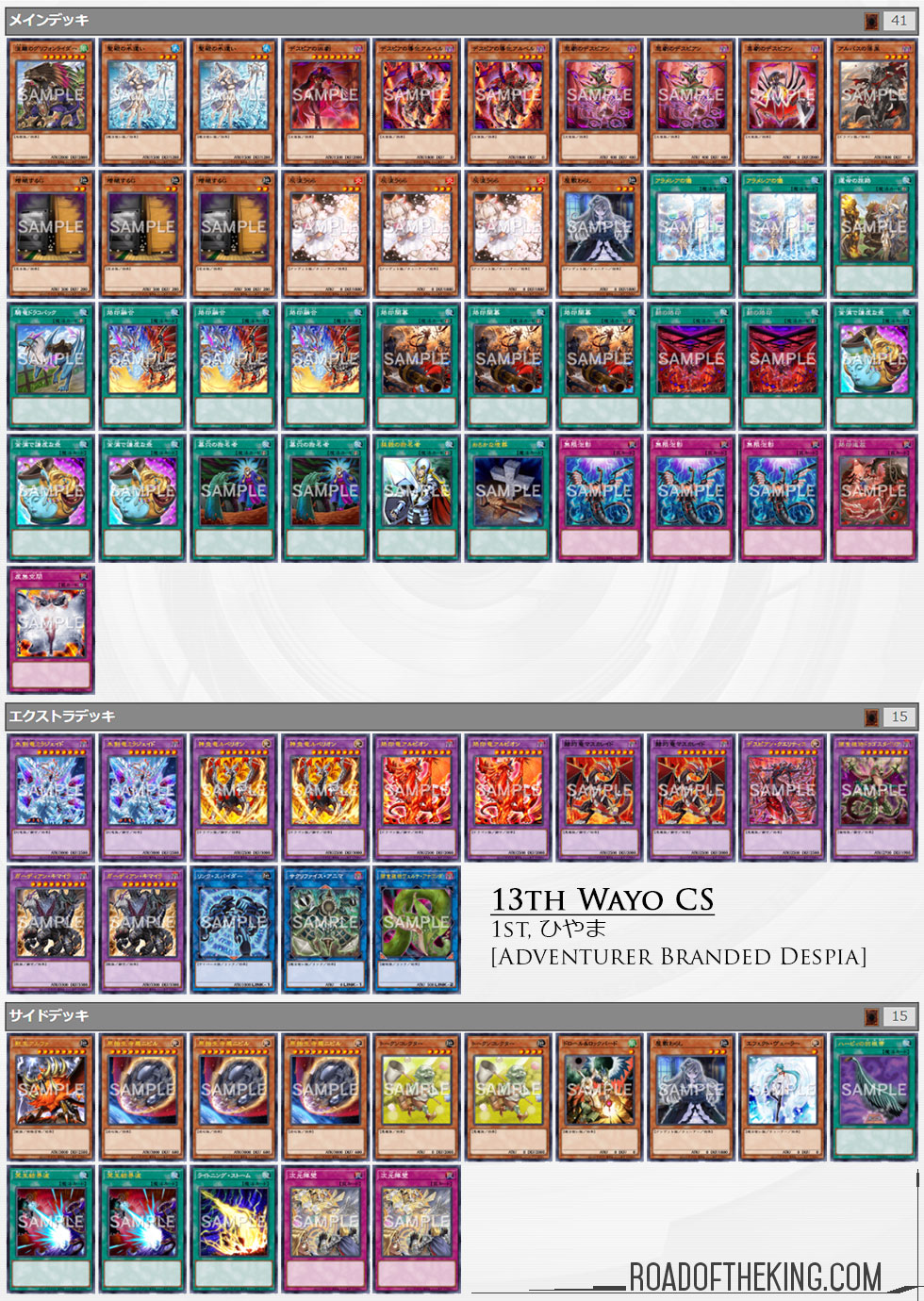 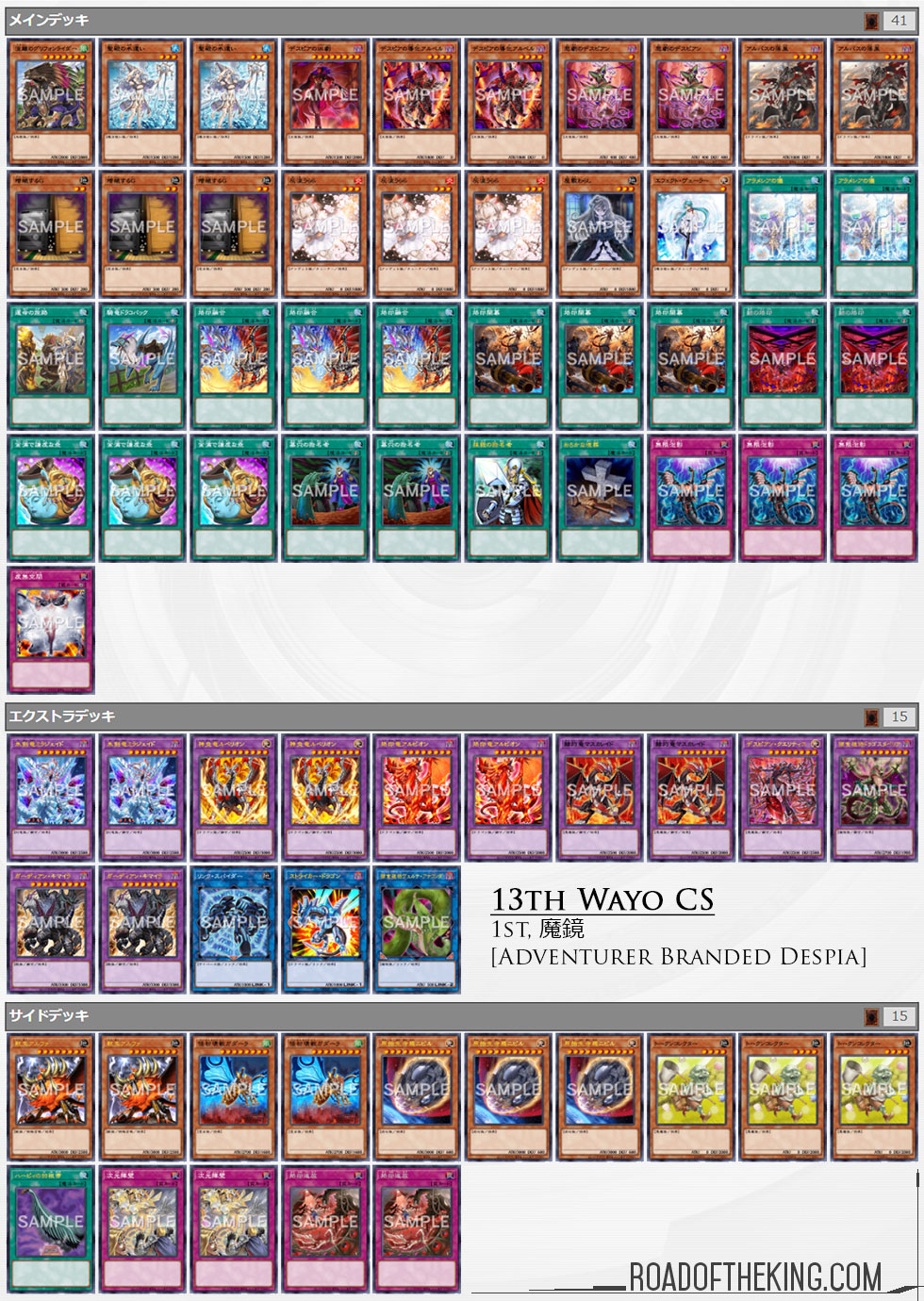 He ran 1 Raigeki and 1 Dark Hole in the Side Deck, two classic board wipe cards that have not seen play for a long time in the modern competitive scene. Quite a number of threats in the current competitive scene have effects that mainly affects monsters, such as Swordsoul Grandmaster – Chixiao, Swordsoul Sinister Sovereign – Qixing Longyuan, Barrier Statue of the Stormwinds, Floowandereeze & Empen. Raigeki and Dark Hole are adequate for clearing them.

On his Peing question box (azusa_yusyo), he gave an example of how he would side when going second in the Adventurer Tenyi mirror match.

As seen above, Raigeki and Dark Hole are not an absolute answer by themselves, but goes along with the other multiple ‘hand traps’. ‘Hand traps’ are still required to disrupt the opponent sufficiently such that their remaining weakened opening setup that they could mustered becomes vulnerable to Raigeki and Dark Hole. 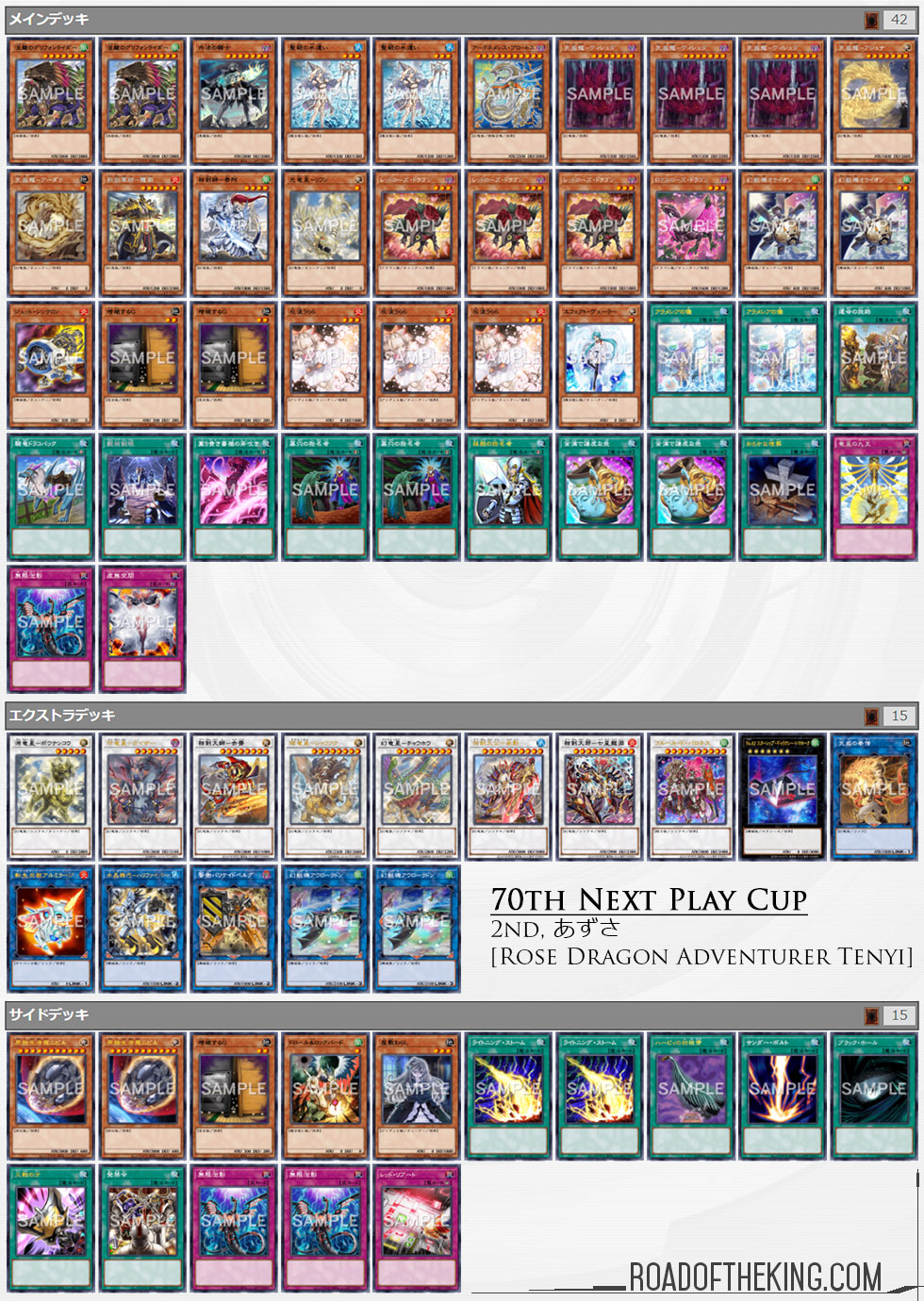 Midway into the OCG 2022.01 format, Branded Despia and Adventurer Tenyi have been holding on strong to their position in the forefront since the start of the year. These two deck builds are mostly fully optimized, with only marginal difference between players’ preference.

Therion continues to show potential as it leaves a decent presence on the metagame. ABC has made a comeback to the competitive scene with the power of Therion package. The Therion ABC deck list can be seen in “70th Next Play Cup”.