This report will cover 33 top-performing decks from 6 tournaments that were held in Japan during 21 – 24 October 2017. 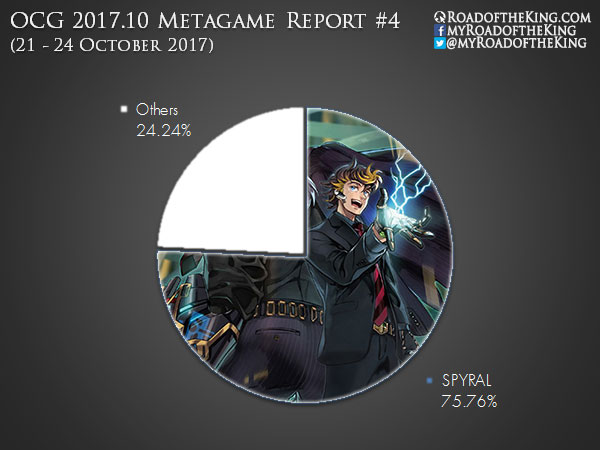 SPYRAL build has largely stabilized, with only minor variations in the choice of “Hand Traps”.

2 Maxx “C”, 3 Ghost Ogre & Snow Rabbit and 3 Ash Blossom & Joyous Spring have solidified their positions as the core “Hand Traps” in the Main Deck. There are split opinions between Ghost Reaper & Winter Cherries, Droll & Lock Bird and PSY-Framegear Gamma, but these are mostly relegated to the Side Deck.

The only change in the Extra Deck is merely switching out Code Talker for Security Dragon. 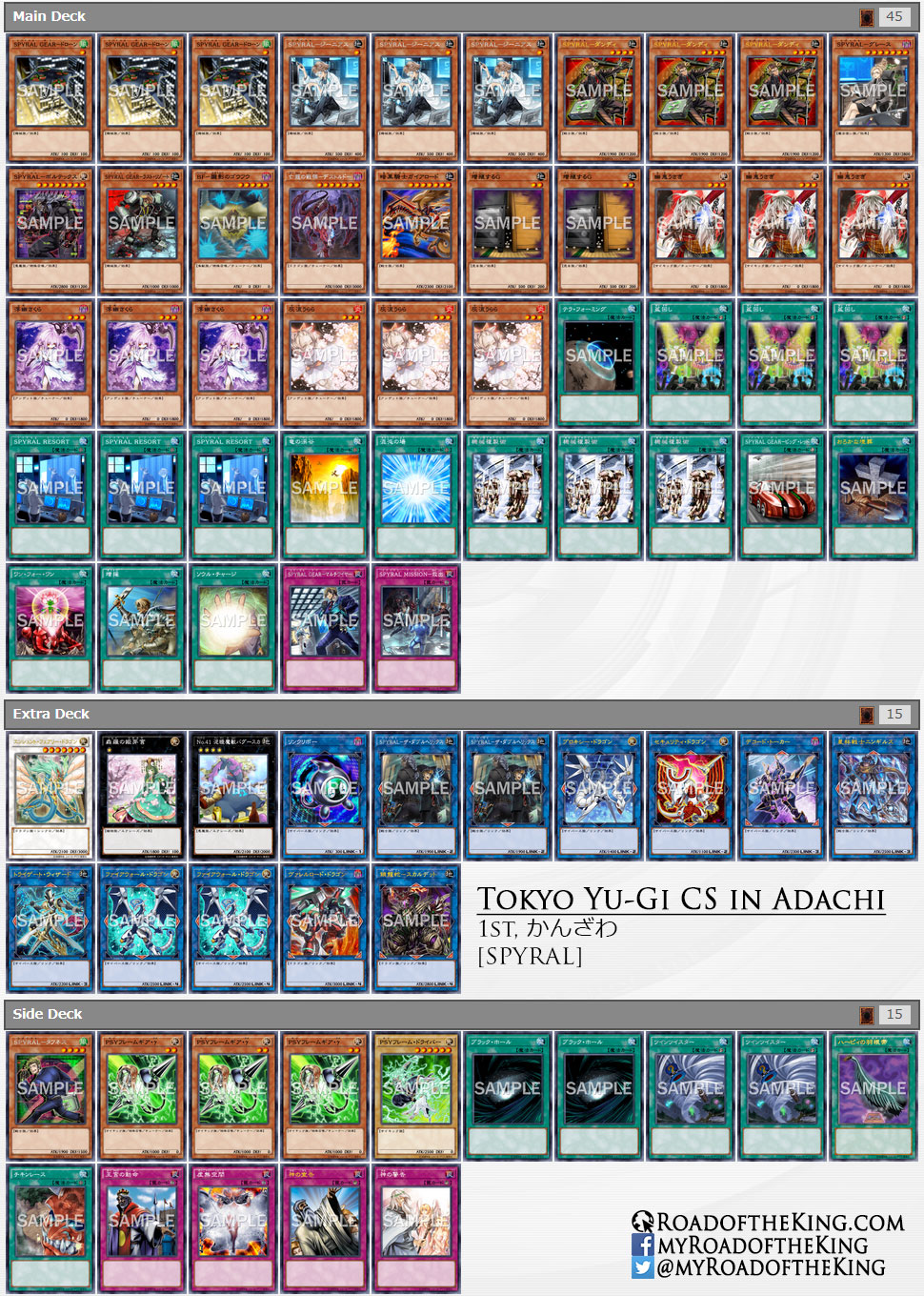 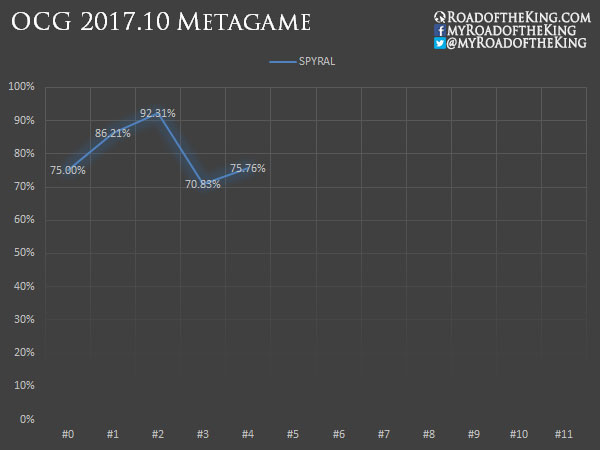 No surprise that SPYRAL is still the dominant deck in the competitive scene.

Yang Zing Dinosaur has the most potential among the rogue decks, but their current performance is still largely insignificant.