This report will cover 92 top-performing decks from 22 tournaments that were held in Japan and mainland China during 3 – 11 July 2021. 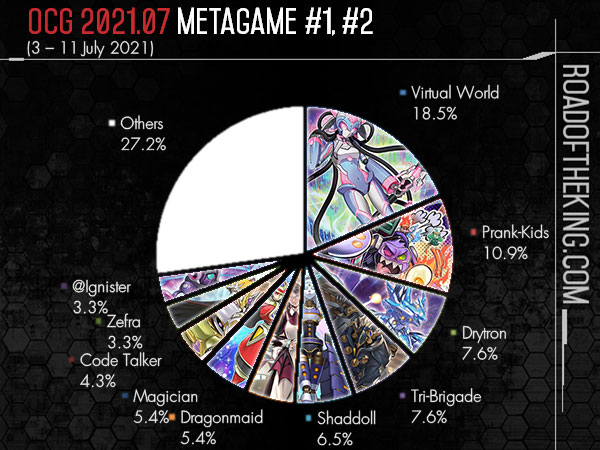 He initially ran 2 Dark Ruler No More in the Side Deck on Week #1, but switched over to 2 Droll & Lock Bird on Week #2 to better prepare against Drytron. 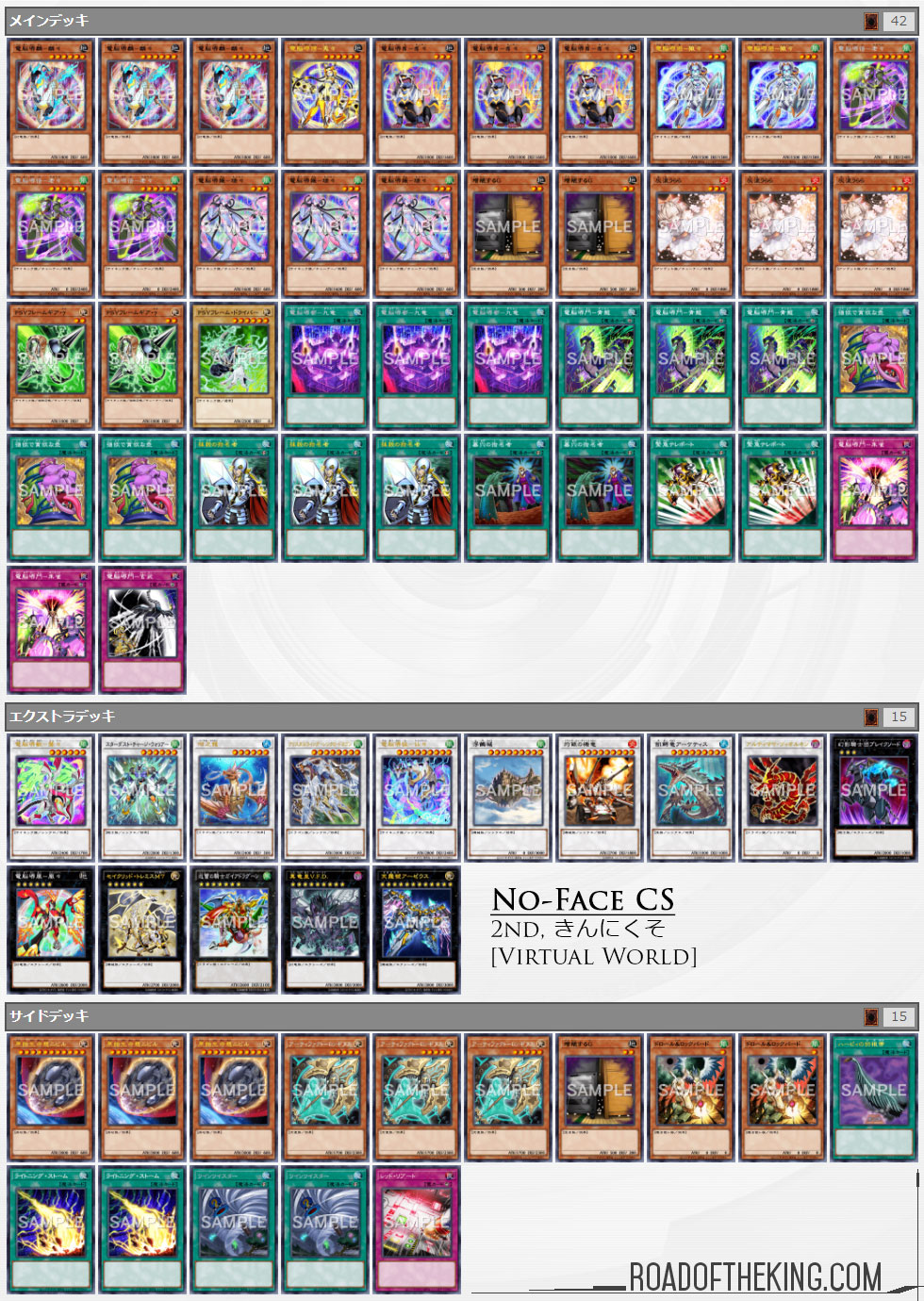 Compared to his deck build in Week #0, he swapped 1 Droll & Lock Bird for 1 Ghost Belle & Haunted Mansion, and added 1 more Prank-Kids Place to the Main Deck.

As Prank-Kids become one of the more popular decks in the metagame, having 3 Prank-Kids Pandemonium provides him with the flexibility of using Crossout Designator to negate it in the mirror match. 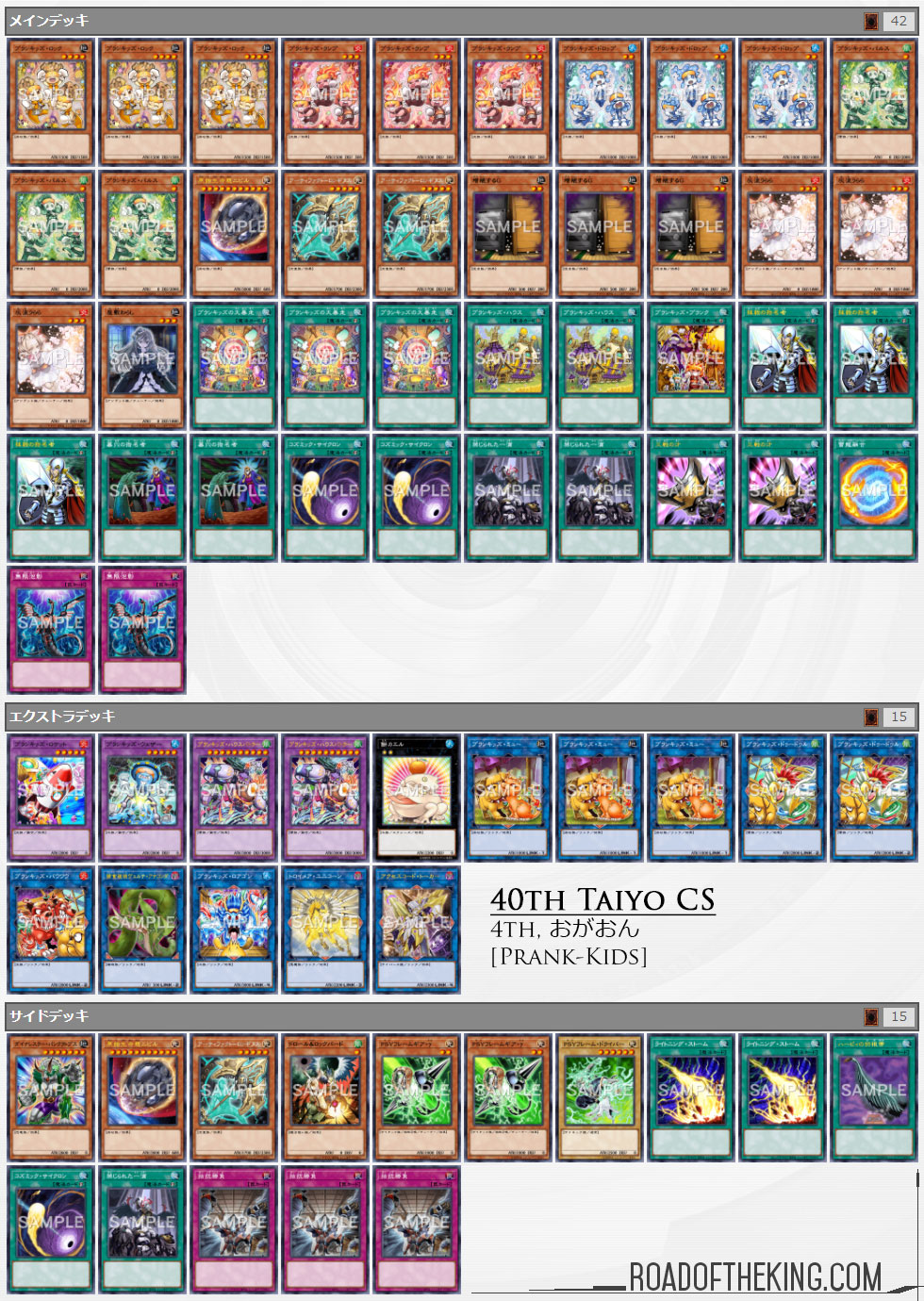 Virtual World remains comfortably in the lead, while Prank-Kids caught up considerably to a second position. Drytron continues to make strides in the format, moving up to third position tying with Tri-Brigade.

Despite being semi-limited, PSY-Framegear Gamma is still one of the stronger ‘hand trap’ in the format and is still seeing widespread play in many top decks.