This report will cover 36 top-performing decks from 7 tournaments that were held in Japan and mainland China during 15 – 18 August 2020. 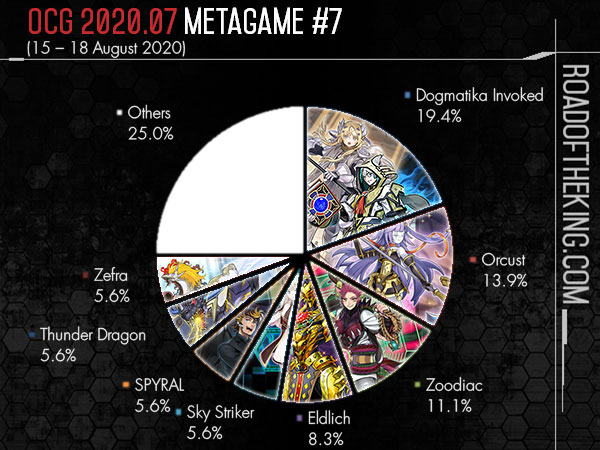 Hinkinson Louis Takashi “ふぇ” is the World Championship 2018 Japan Representative. He went 7-1 and finished 1st in “Baba CS in Shimokitazawa” which had 48 participants.

He ran 3 Mystical Space Typhoon in the Side Deck, but only 1 Cosmic Cyclone.

However, Artifact Lancea is a popular tech card against Dogmatika Invoked. It could be chained to Invocation to deny the opponent from using monsters on the field and in the graveyard as Fusion Materials. This would result in the opponent having to make an unfavorable Fusion Summon if they have the proper Fusion Materials in hand, or Invocation would fizzle with no effect. While the effect of Artifact Lancea is applied, Dogmatika Maximus would not be able to Special Summon itself from hand by activating its ① effect.

Cosmic Cyclone runs the risk of being countered by Artifact Lancea, hence Mystical Space Typhoon might be a better metagame call. 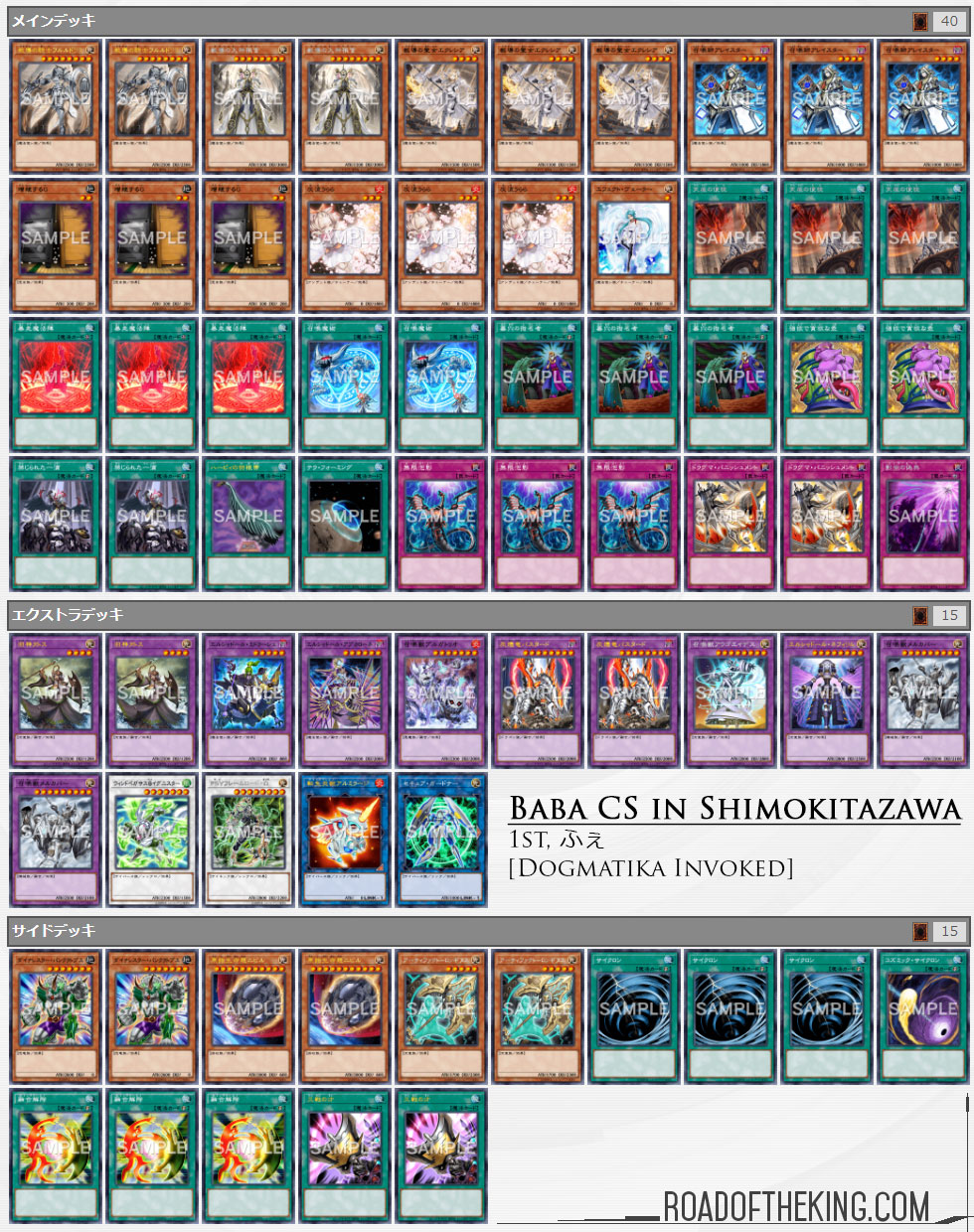 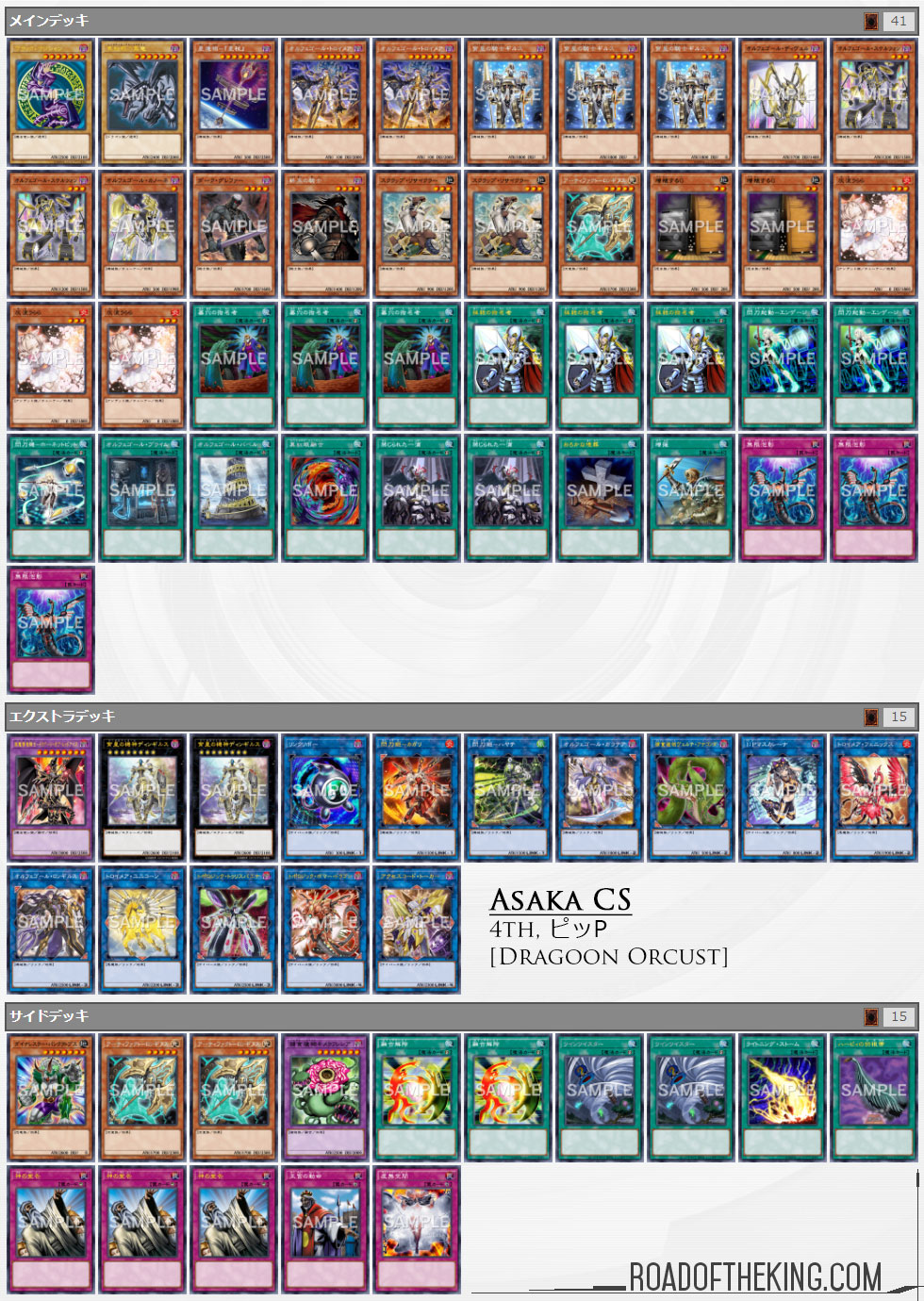 Zoodiac is experiencing a resurgence recently.

When going first, Zoodiac could setup 2 disruption, Number F0: Utopic Future Dragon to negate a monster effect and gain control of that monster, and Zoodiac Drident to destroy a face-up card.

When going second, Zoodiac could bring out Divine Arsenal AA-ZEUS – Sky Thunder to wipe the board. Its summoning condition could be easily fulfilled by direct attacking with Zoodiac Boarbow. 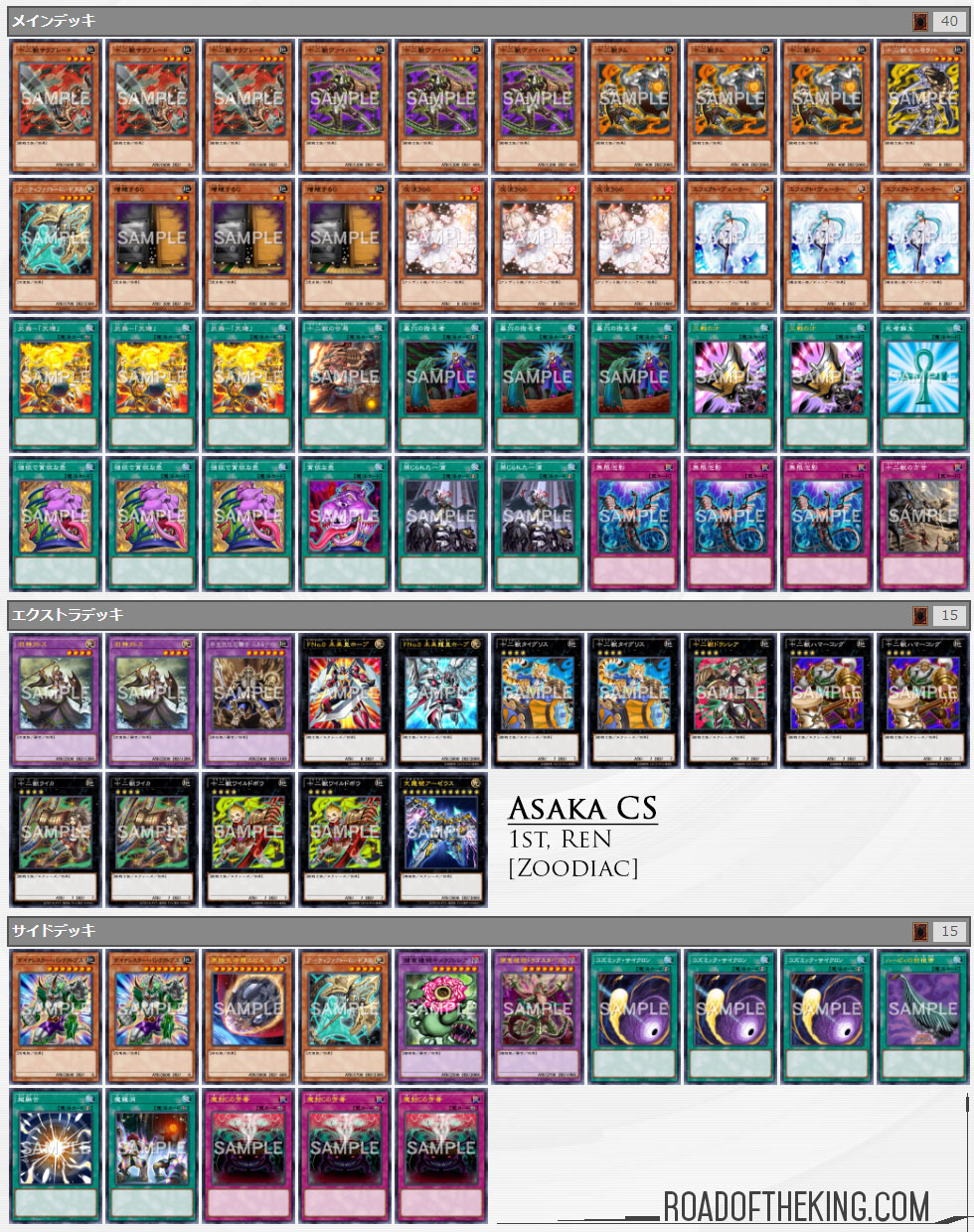 He ran 2 Mistake in the Main Deck, a powerful card that could cripple many decks.

Dogmatika Invoked is one such deck that relies heavily on adding cards from deck to hand, depending on Magical Meltdown, Aleister the Invoker, Nadir Servant and Dogmatika Ecclesia, the Virtuous to start their plays. 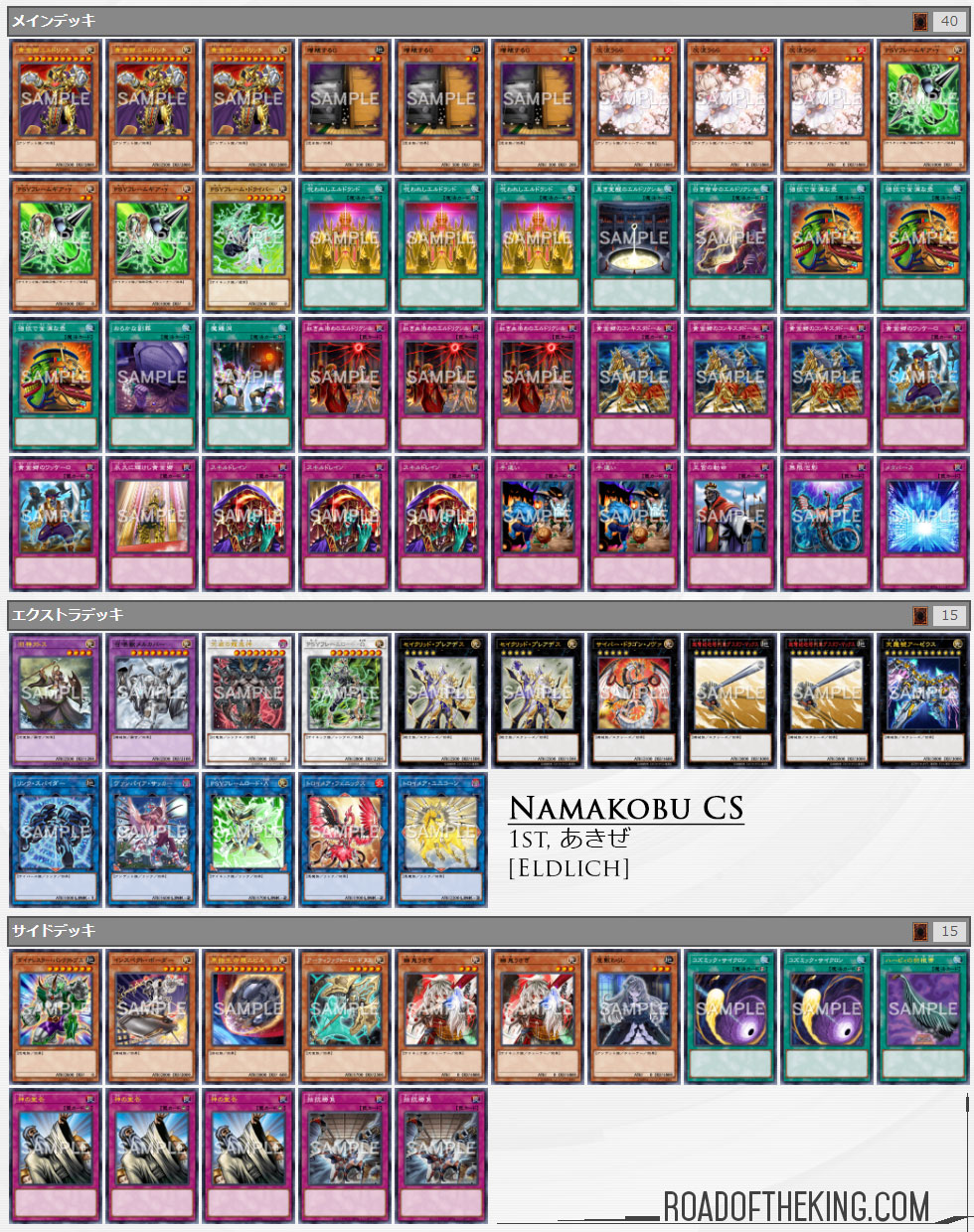 Dogmatika Invoked and Orcust remains at the top, while Zoodiac has a surprising increase.

When building a Side Deck, it is important to also consider the possible counter plays that the opponent could side in.

For example, Dogmatika Invoked and Orcust involves banishing from the graveyard for their plays, thus Artifact Lancea and Imperial Iron Wall are plausible tech cards that the opponent would swap in from the Side Deck to disrupt banishing. This makes cards with banish effects such as Cosmic Cyclone and Evenly Matched a poor choice to run in Dogmatika Invoked and Orcust decks as they could be stopped by Artifact Lancea and Imperial Iron Wall.