This preliminary report will cover 90 top-performing decks from 13 tournaments that were held in Japan and China during 21 – 31 December 2019, played under the new OCG 2020.01 Limit Regulation. 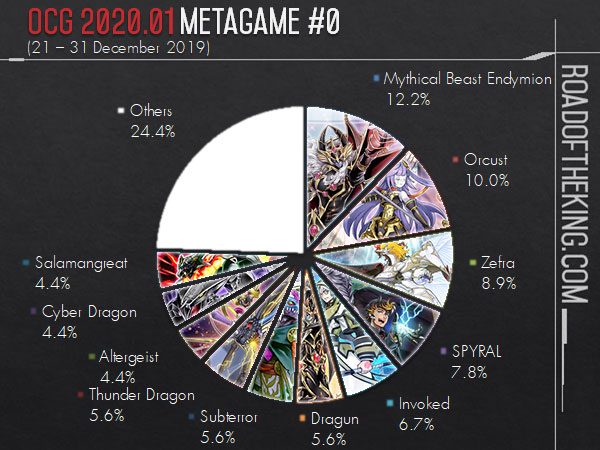 With Outer Entity Azathot and Topologic Gumblar Dragon forbidden in the OCG 2020.01 Limit Regulation, combo decks are no longer as dominant, giving rise to Pendulum decks.

Pendulum decks like Endymion thrive in a beatdown format as they want to run the minimal amount ‘hand traps’ in the deck, allowing them to focus on just flooding the board.

Shoui (ショウイ) went 8-2 and finished 2nd in “13th Tetsu Championship ~Cosmos in the Lostbelt~” which had 188 participants.

He ran 1 Secret Village of the Spellcasters and 1 Necrovalley in the Main Deck as his Field Spell Card toolbox to shutdown Spell cards and to shutdown the graveyard.

Amorphage Sloth in the Main Deck could stop Special Summons from the Extra Deck, but it is vulnerable to Dark Ruler No More. Dragon Buster Destruction Sword when equipped using Union Carrier‘s effect is considered a Spell card and thus would not be negated by Dark Ruler No More. However, the opponent might be siding in Typhoon instead that could then destroy it directly. 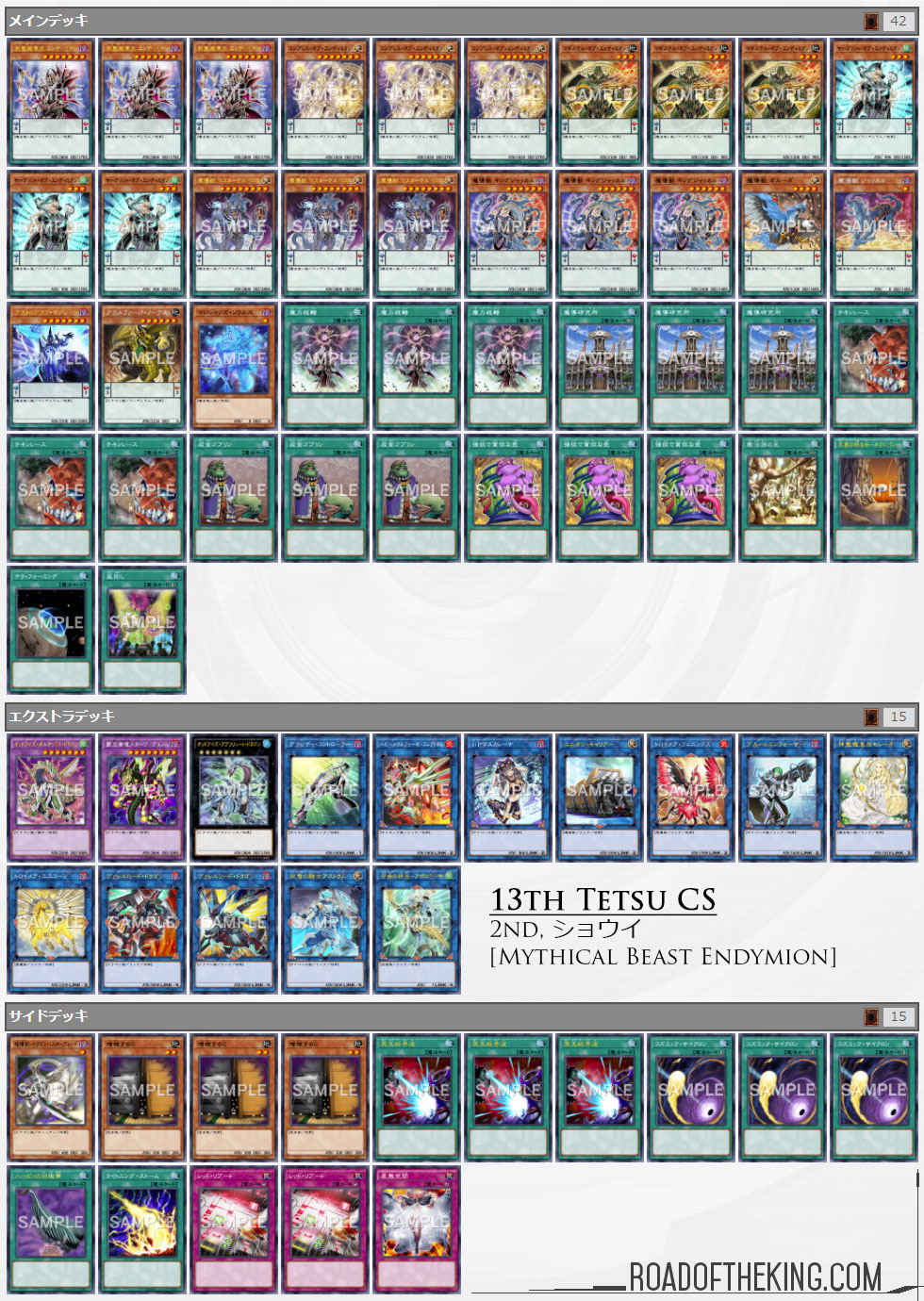 Only slightly weakened by the OCG 2020.01 Limit Regulation, Orcust remains as a top contender.

He has 3 Dark Ruler No More and 2 Anti-Spell Fragrance in the Side Deck against Endymion.

The rising popularity of Red-Eyes Dark Dragoon has also made him include 2 Gameciel, the Sea Turtle Kaiju in the Side Deck. 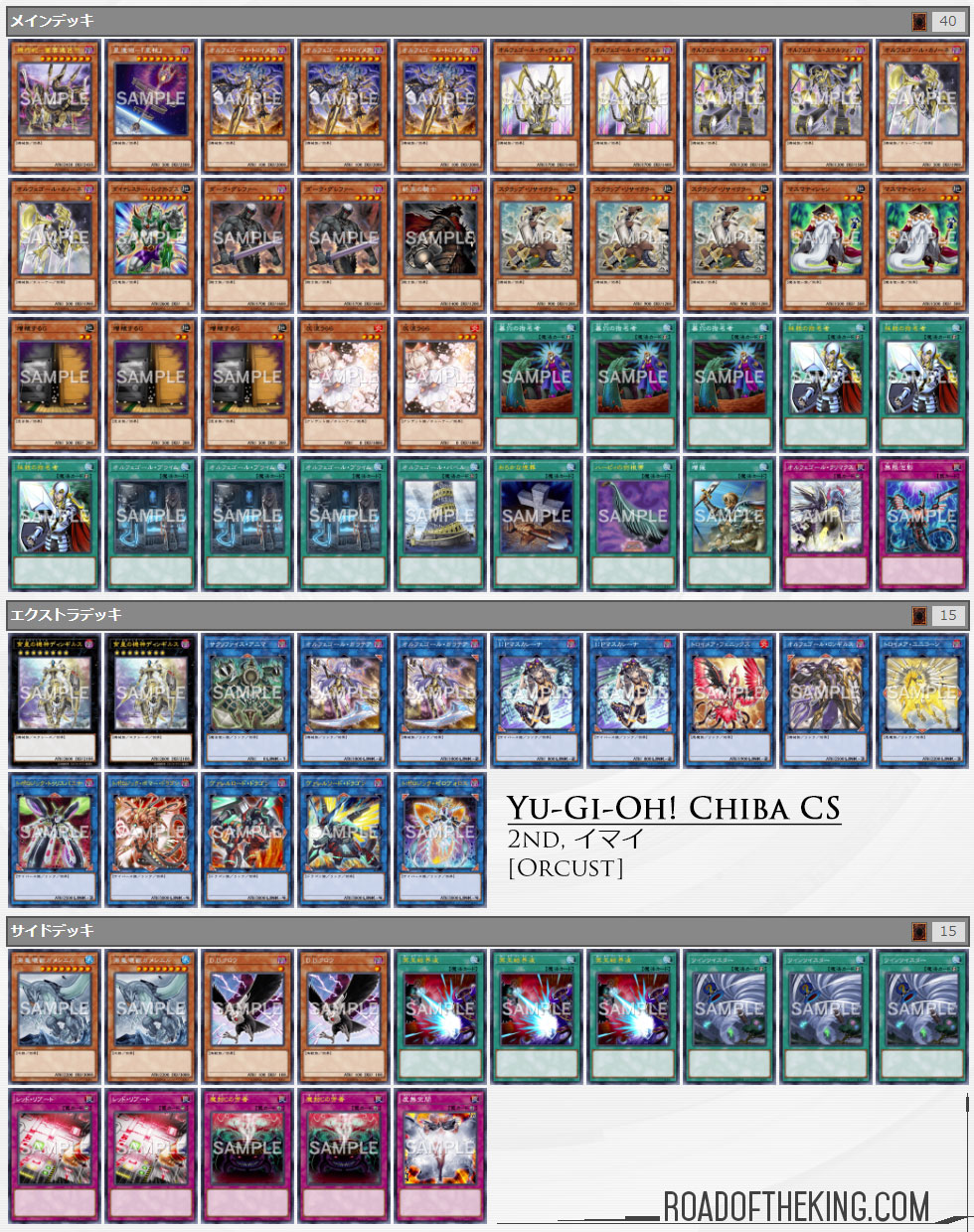 Red-Eyes Dark Dragoon is a new card from the Legendary Gold Box that has taken over the metagame.

Red-Eyes Dark Dragoon cannot be targeted or destroyed by card effects, a very troublesome threat that has players running more Kaiju to answer it.

Kamito (かみと) went 8-1 (excluding 1 bye) and finished 1st in “13th Tetsu Championship ~Cosmos in the Lostbelt~” which had 188 participants. 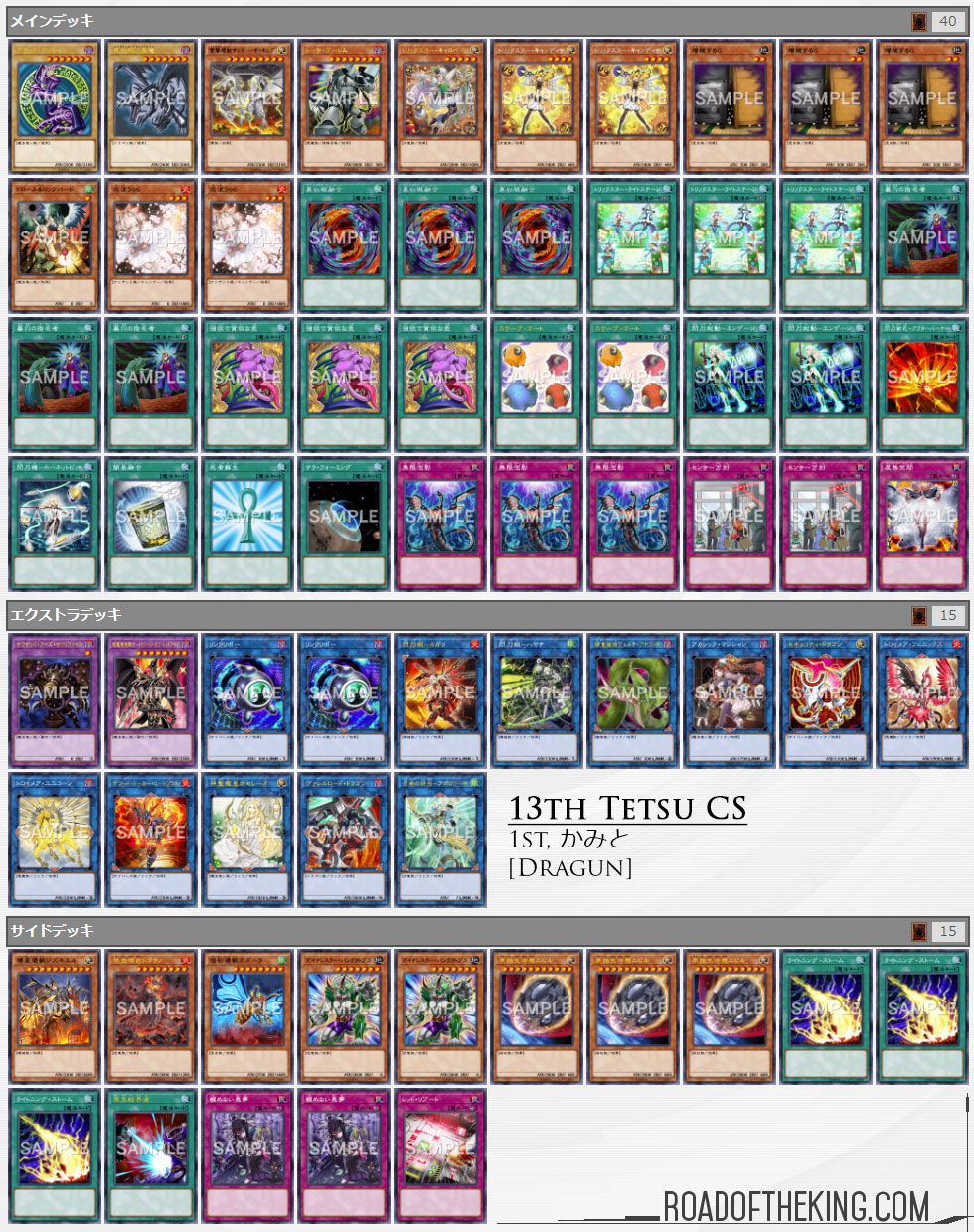 Similar to Dragoon Beat, Dragoon Invoked also uses the Trickstar Package, but devotes the Normal Summon to Aleister the Invoker instead to end the board with an additional Invoked Mechaba.

Having 2 threats on the field, Invoked Mechaba and Red-Eyes Dark Dragoon, makes it harder for the opponent to answer with just Kaiju.

He ran quite a number of Kaiju in the Main Deck, as well as 2 Super Polymerization.

Against Dragoon Invoked, Super Polymerization would use the opponent’s Invoked Mechaba and Red-Eyes Dark Dragoon to Fusion Summon Invoked Elysium. 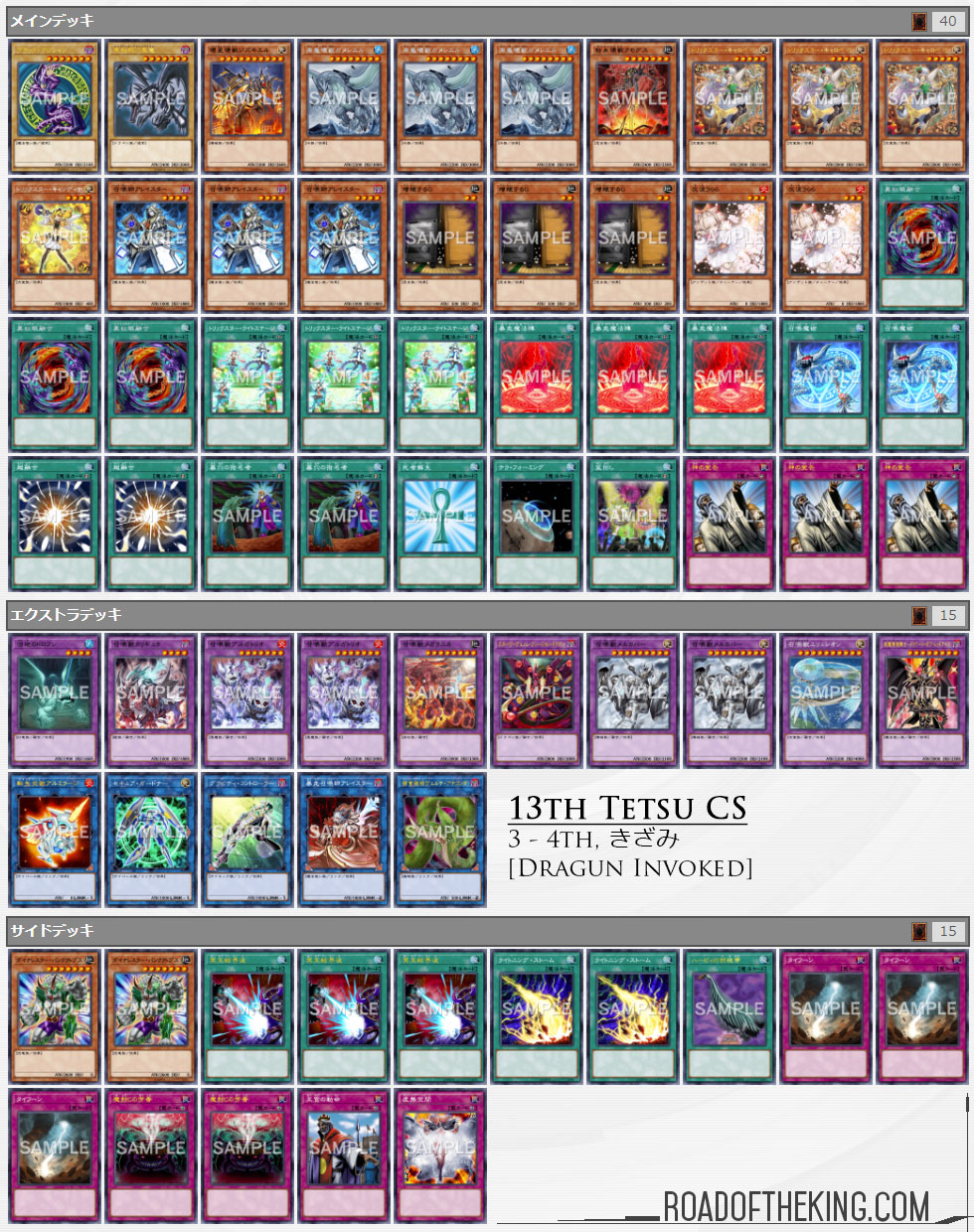 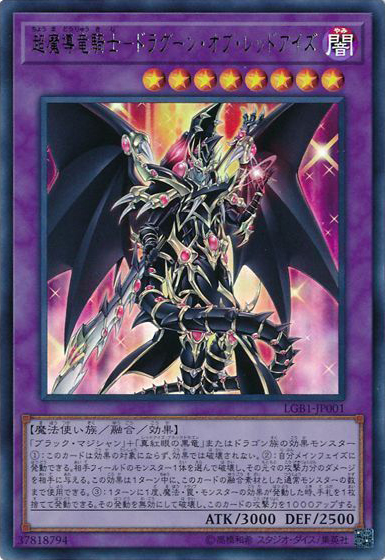 Red-Eyes Dark Dragoon has quite an impact in the early OCG 2020.01 metagame.

Combining Dragoon Beat’s 5.6% and Dragoon Invoked’s 5.6% would place it at 11.2%, between Endymion and Orcust.

As Dragoon is now a serious threat, we are going to be seeing more Kaiju and Super Polymerization.