This report will cover 88 top-performing decks from 10 tournaments that were held in Japan, Singapore and China during 1 – 8 October 2019. 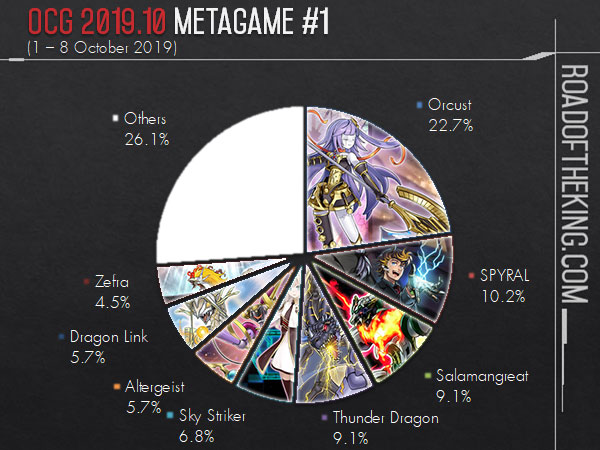 As more decks are now running Trap cards, we are seeing more Twin Twisters being played in the Main Deck. Orcust and Salamangreat are some decks that can consistently open with a Counter Trap on the field.

Even against Combo decks, Twin Twisters is still not quite a dead card. Against SPYRAL, Twin Twisters can be used to stop SPYRAL Resort. Danger Dark World would first set their Spell cards like The Beginning of the End so they would not be discarded by the Danger effects, and that is an opportunity for Twin Twisters to destroy them.

Being able activate during the opponent’s turn and disrupt certain combos is a strong argument for running the 3rd copy of Twin Twisters in the Main Deck, and choosing to keep Harpie’s Feather Duster in the Side Deck instead. 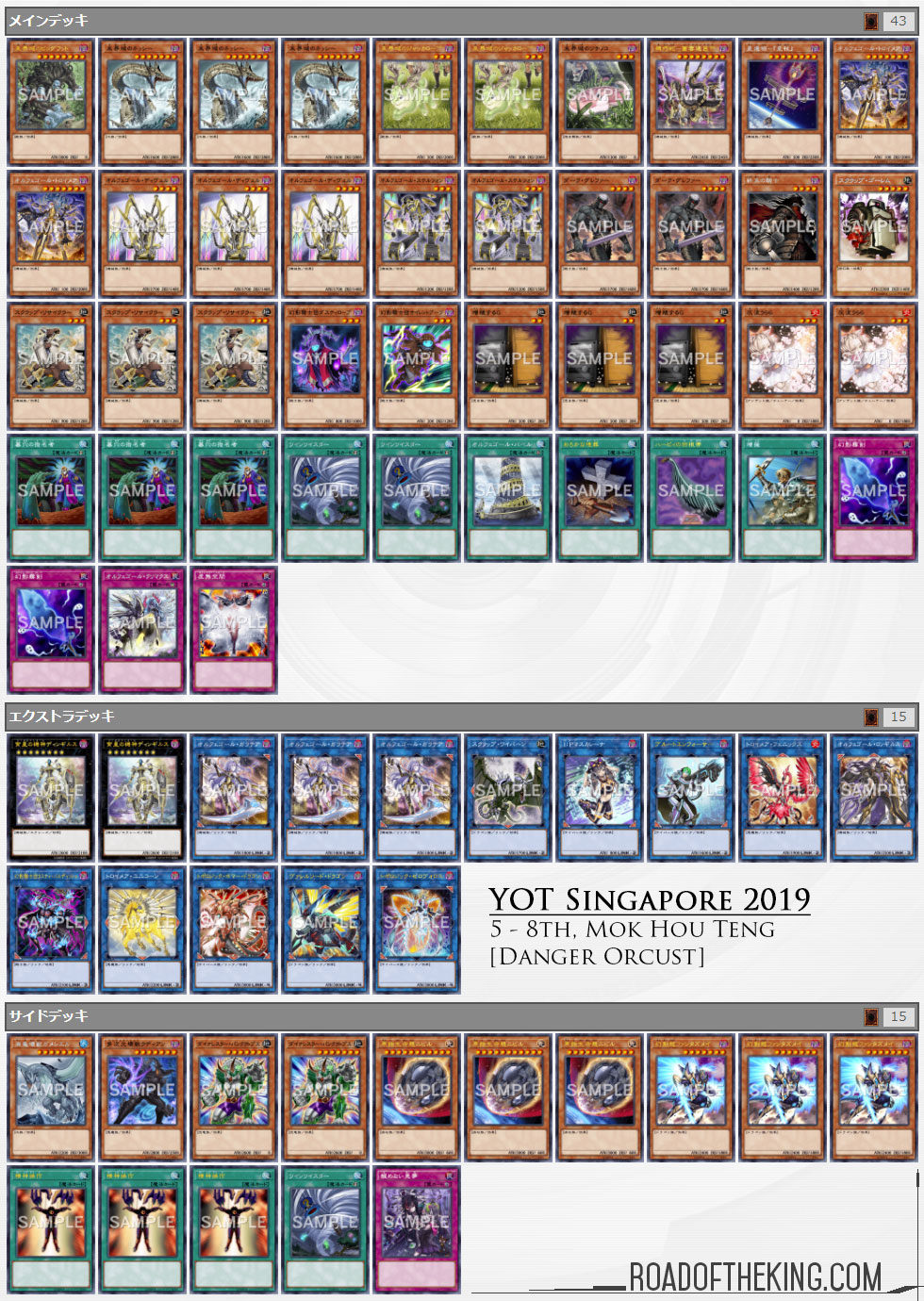 This variant of SPYRAL is a very explosive combo deck whose main objective is to discard 4 cards from the opponent’s hand using Topologic Gumblar Dragon.

The typical end board will be completed with a Tri-Gate Wizard and either Apollousa, Bow of the Goddess or SPYRAL Sleeper equipped with SPYRAL GEAR – Last Resort, sufficient to negate or destroy the last 2 remaining cards in opponent’s hand.

A Hero Lives and Empowerment allows the deck to open with Outer Entity Azathot on the fourth summon to deny Nibiru, the Primal Being. 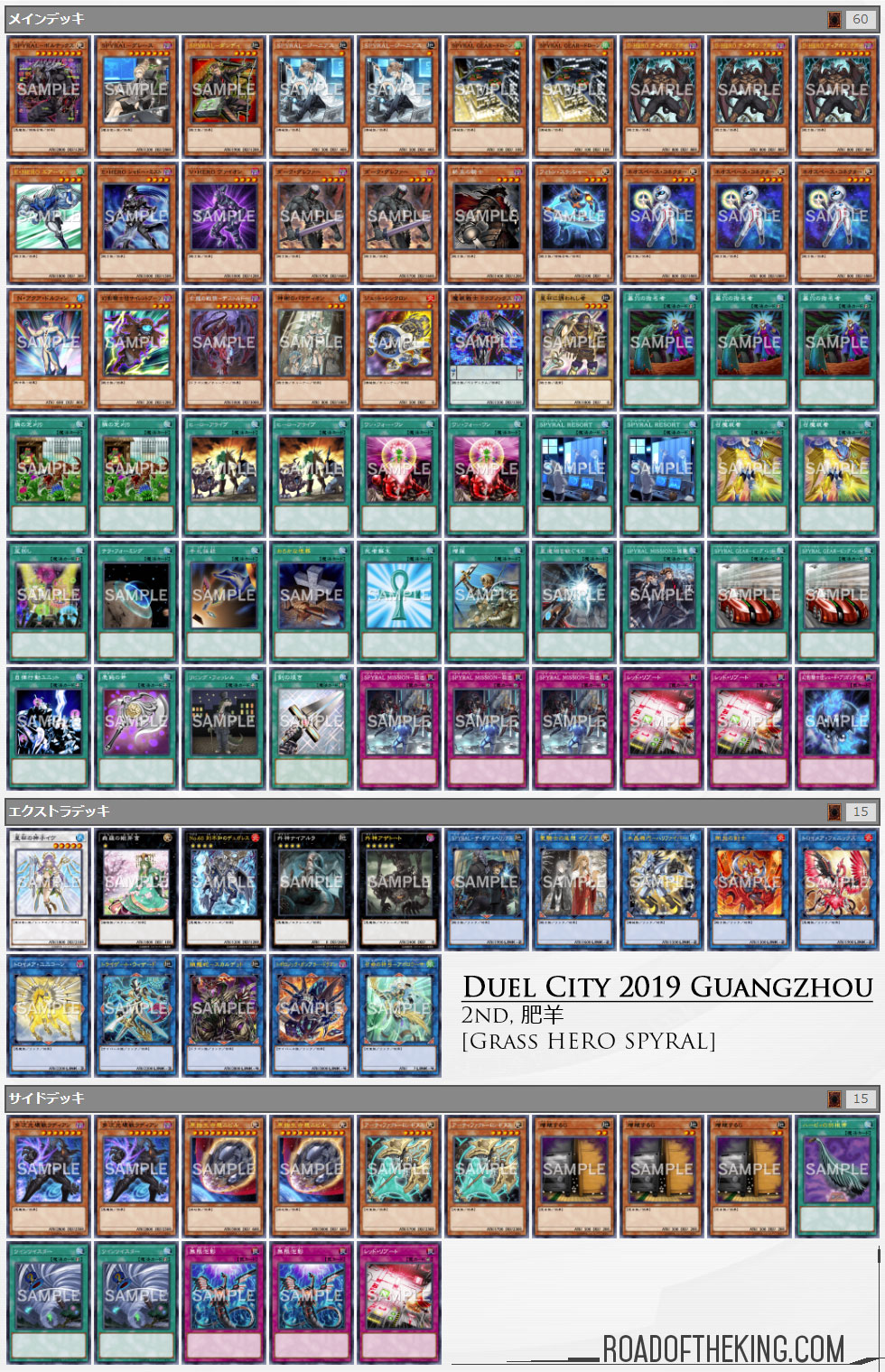 The “Hatti Grand Championship 2019” is a two-day tournament. Players that made Day 2 are allowed to make changes and resubmit their deck lists before the start of Day 2.

3 Mind Control in the Main Deck allows him with answers to troublesome threats such as Thunder Dragon Colossus and Altergeist Silquitous. In the event that his monster was taken away by Crackdown, Mind Control would allow him to take it back and continue with his combo. 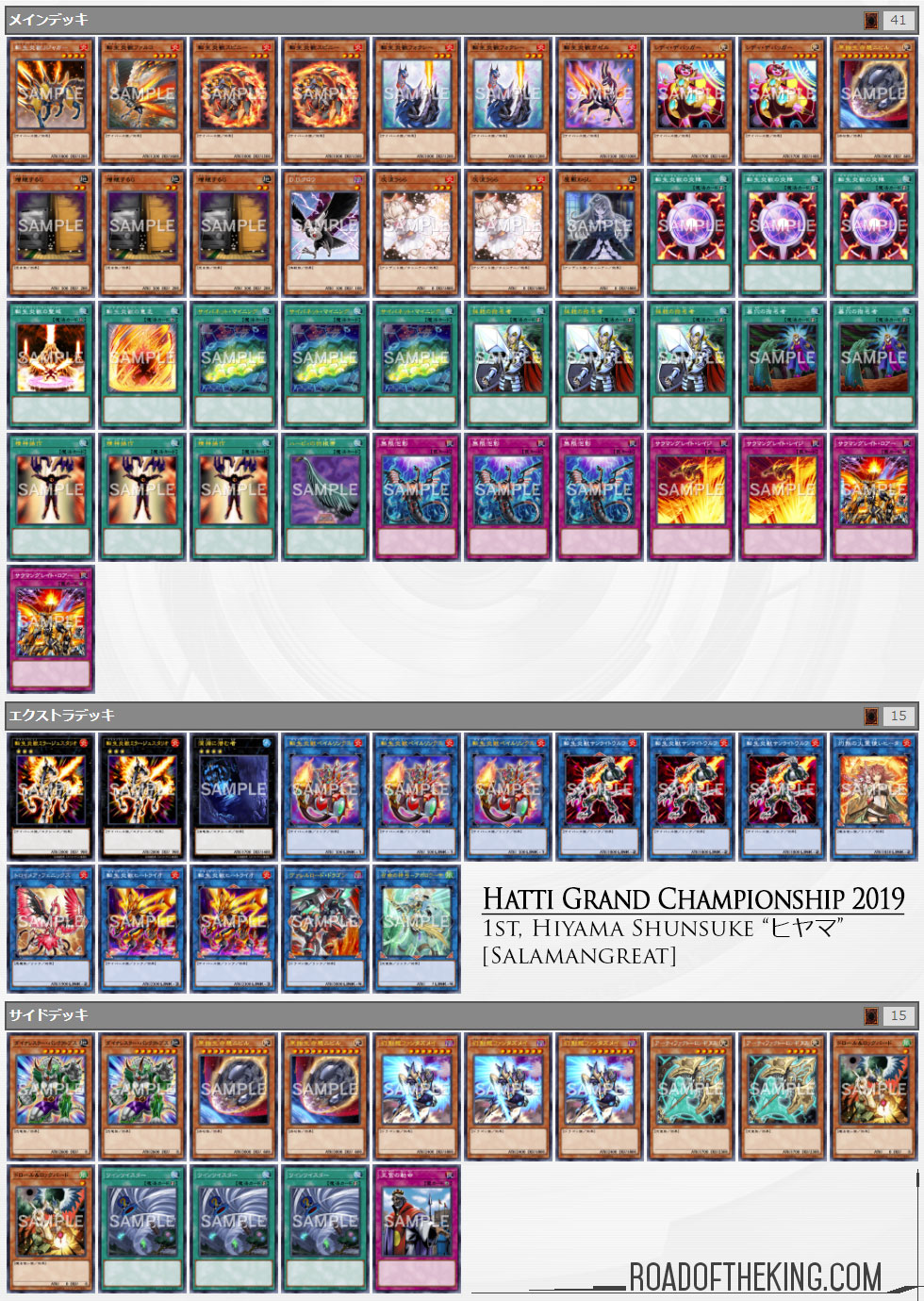 He ran 3 Paleozoic Dinomischus in the Main Deck, a very versatile Trap Card suitable for a diverse metagame. It could answer monster threats from Orcust and Thunder Dragon while at the same time answer backrow threats from Altergeist and True Draco.

For his Day 2 build, he added in 2 Nibiru, the Primal Being to the Main Deck, and cut out 2 Scapegoat, in preparation for a more combo heavy metagame. 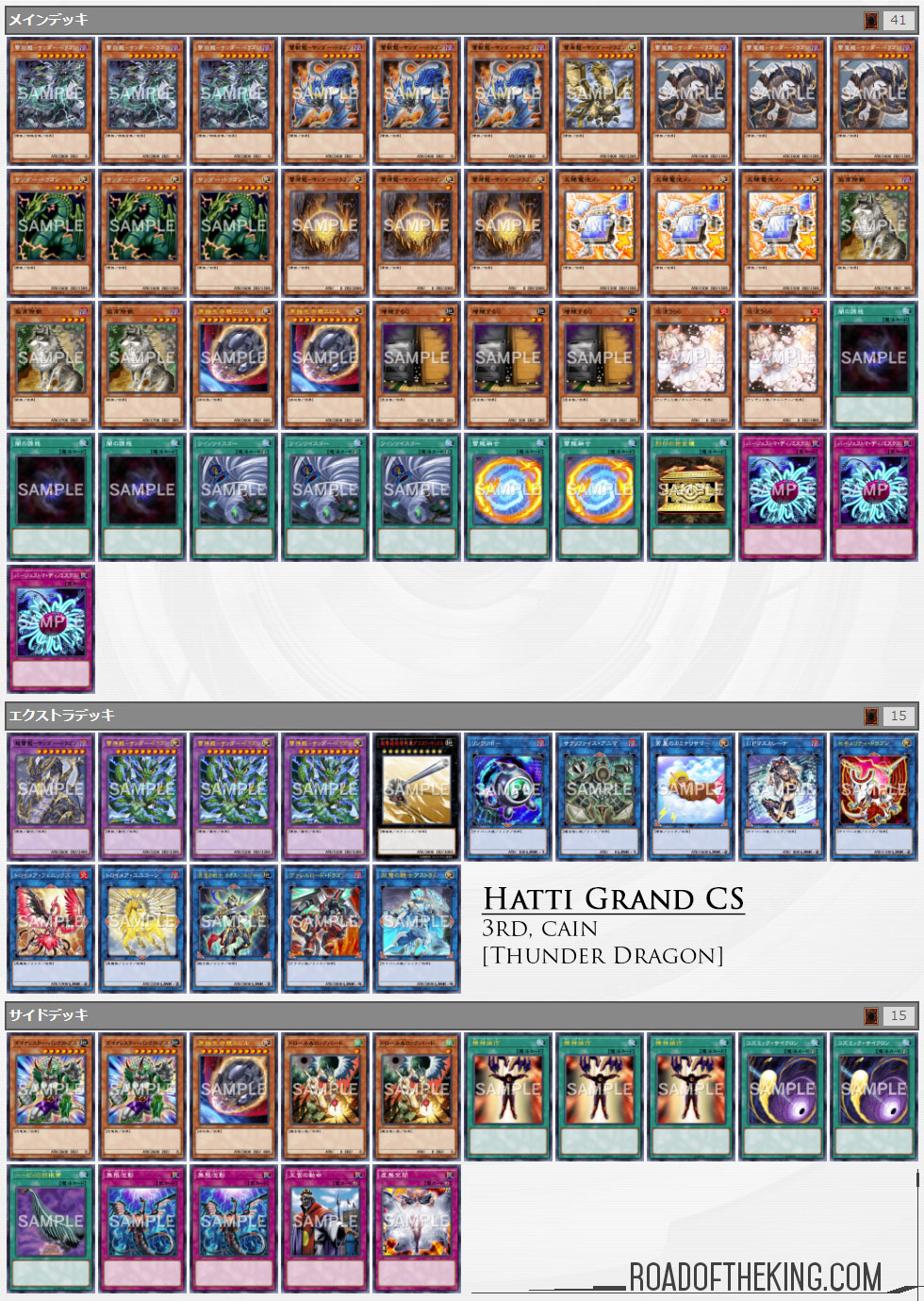 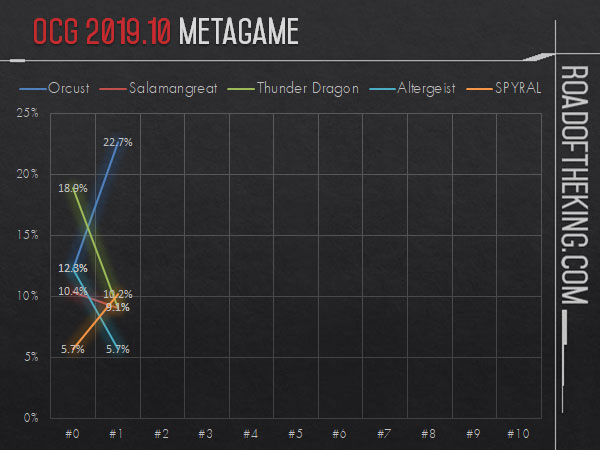 We are seeing a shift towards more combo decks as the popularity of Orcust continues to climb.

In reaction, more players are running Nibiru, the Primal Being directly in the Main Deck.

However, this might not be enough as SPYRAL and Danger Dark World are able to bring out Outer Entity Azathot.

The threat of Thunder Dragon Colossus and Outer Entity Azathot results in a shift towards Infinite Impermanence.

With Nibiru, the Primal Being and Infinite Impermanence trending, we might see more Crossout Designator being played over Called by the Grave, like in Hiyama’s Salamangreat build.

Mind Control is also quickly gaining traction as we can often see 3 copies being played in the Side Deck, with some even running them directly in the Main Deck.