This preliminary report will cover 106 top-performing decks from 14 tournaments that were held in Japan and China during 17 – 29 September 2019, played under the new OCG 2019.10 Limit Regulation. 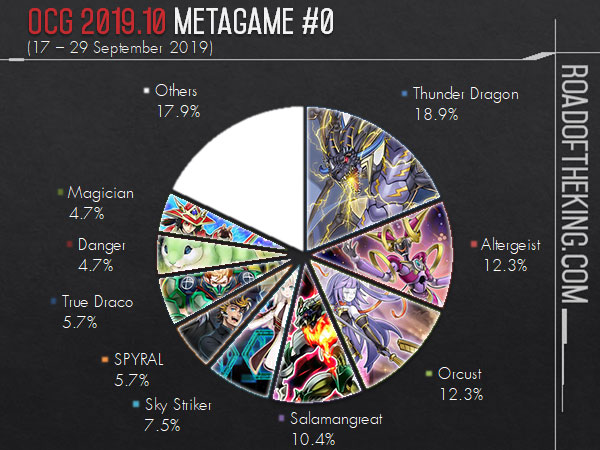 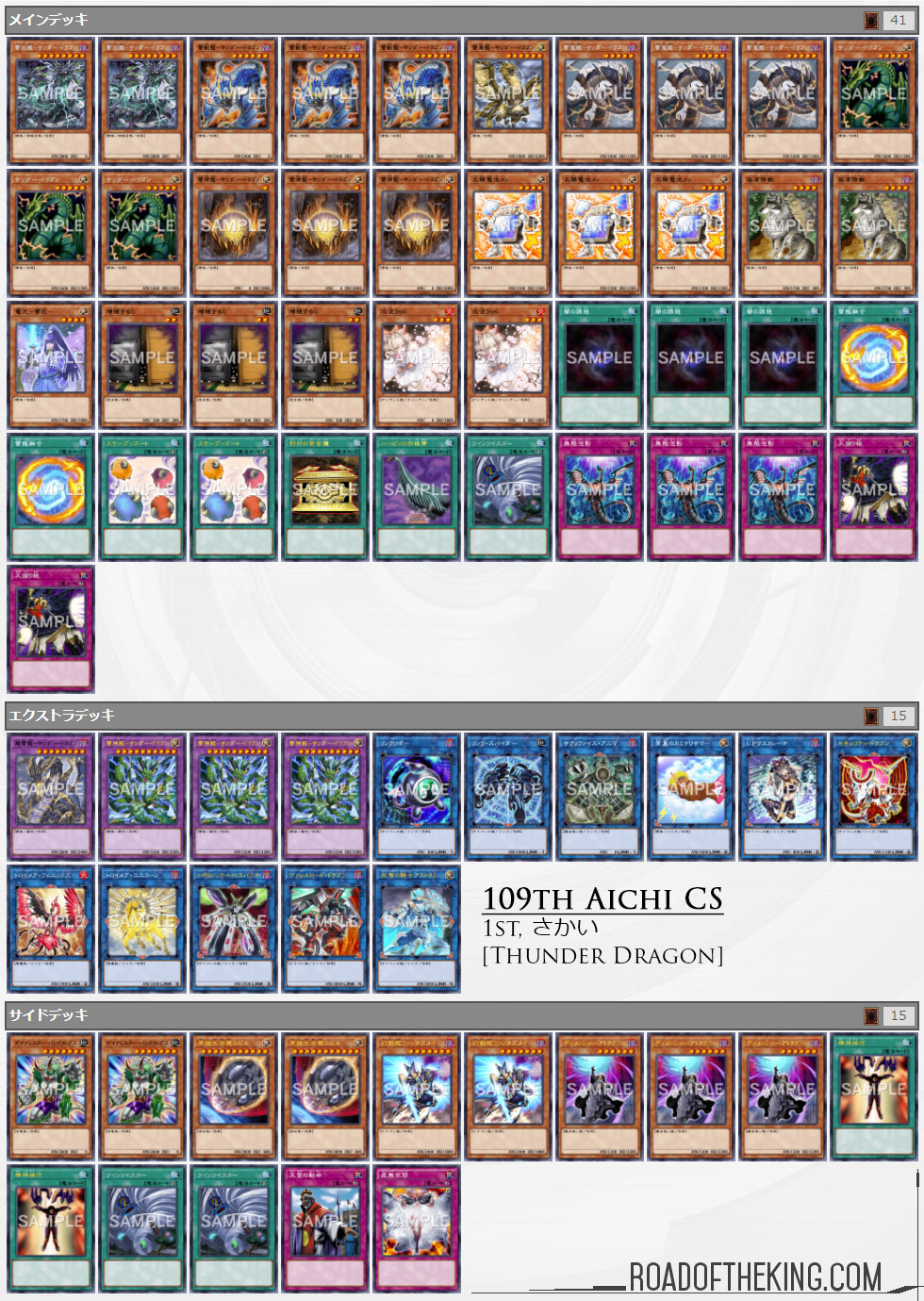 Expecting that his opponents will be running more backrow destruction as well, he had Waking the Dragon prepared in the Side Deck. 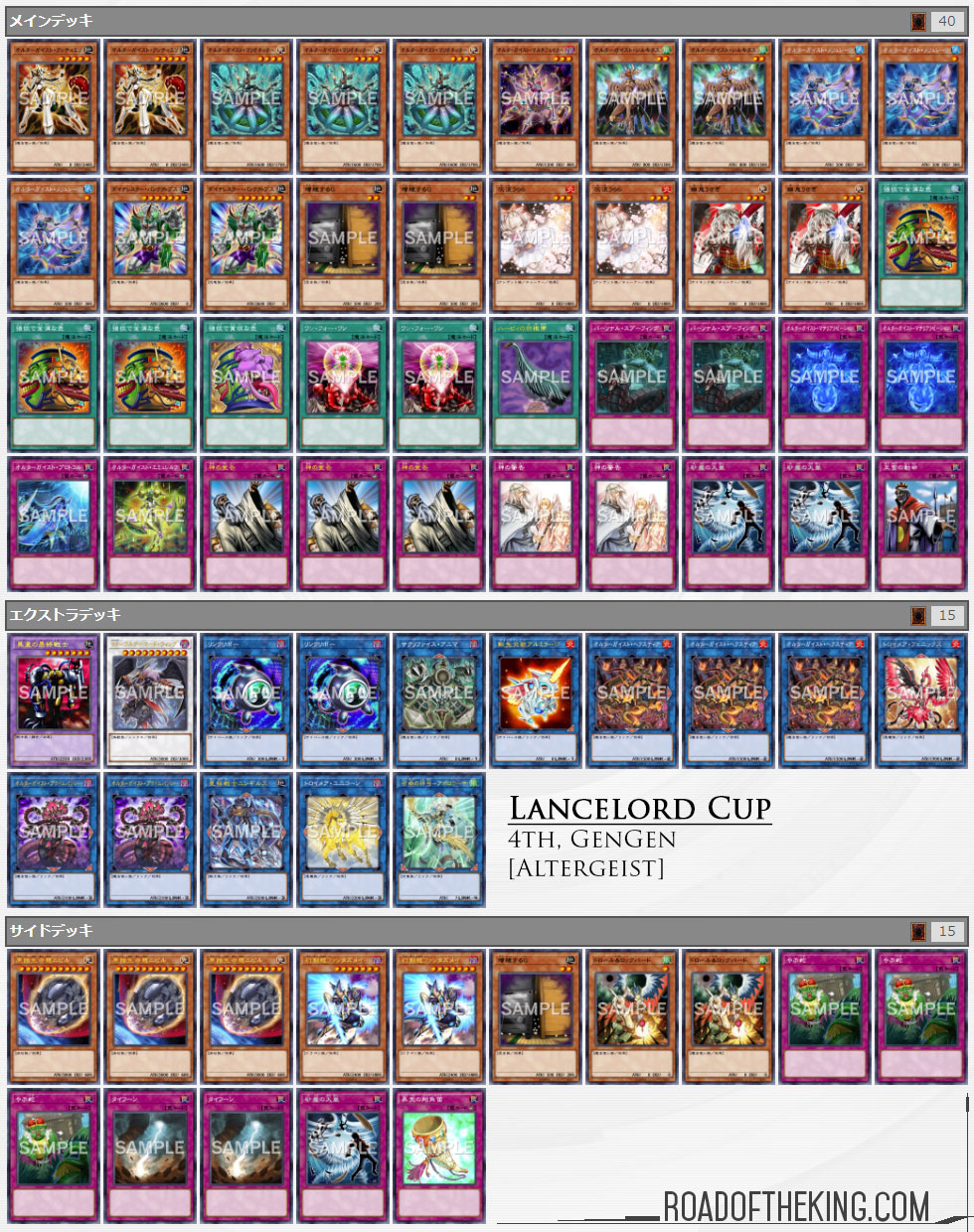 A top contender in the TCG, Danger Orcust was able to replicate its success in the OCG.

There is an interesting trick with Nibiru, the Primal Being and Orcust graveyard effects.

While Orcustrated Babel is on the field, during the opponent’s turn after the opponent has summoned 5 or more monsters, the player can activate Nibiru, the Primal Being from hand, and then chain with their own Orcust graveyard effect.

Resolving the Chain, Orcust Knightmare will send 1 DARK Machine monster from deck to graveyard and restrict the player to Special Summoning only DARK monsters for this turn. Then Nibiru, the Primal Being would tribute all face-up monsters on the field, but being a LIGHT monster, it would not be Special Summoned and the effect stops right there.

Since Nibiru, the Primal Being remains in hand, this is essentially a reusable board wipe for the Orcust player. 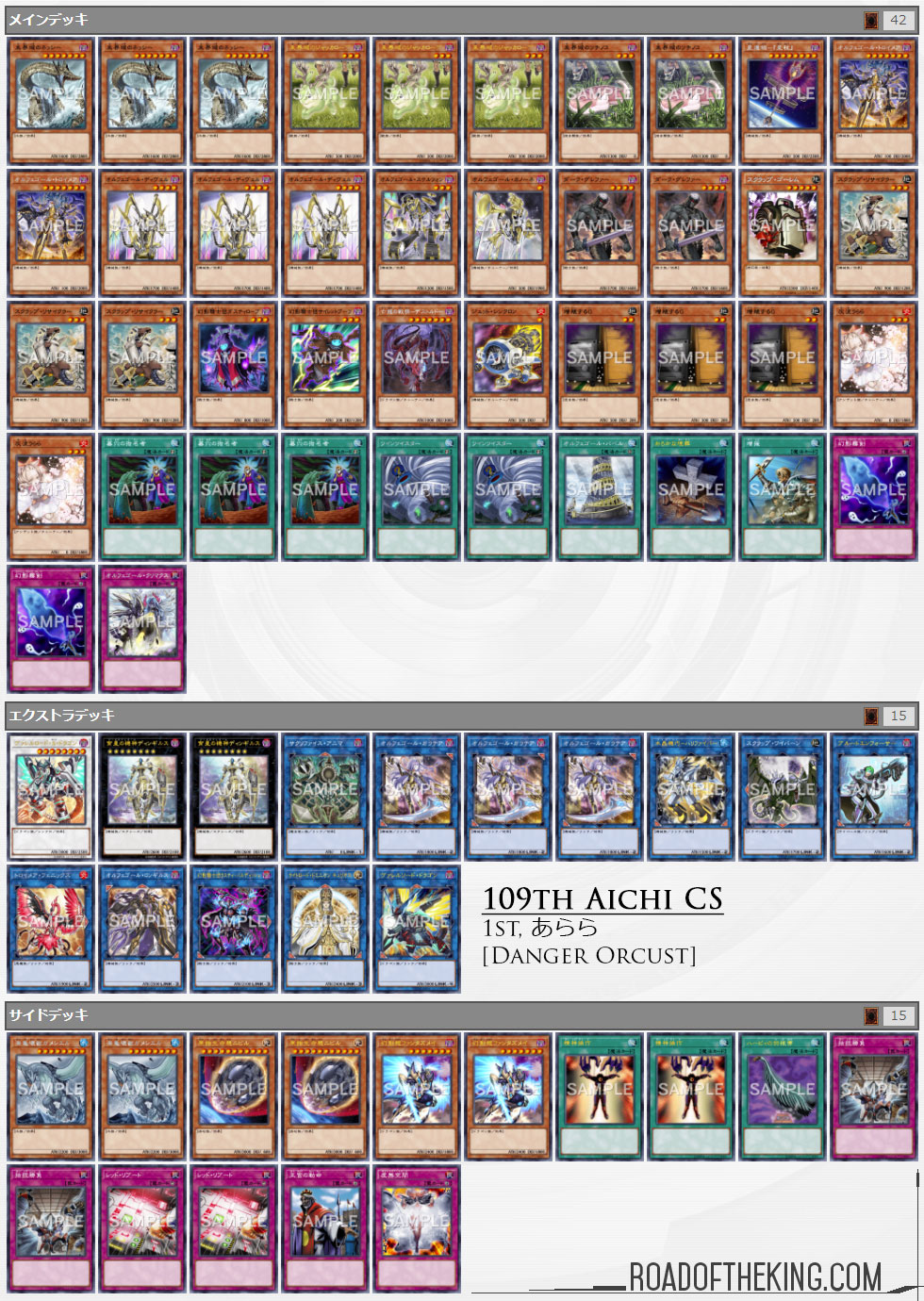 He ran 3 Knightmare Corruptor Iblee in the Side Deck as a tech against Nibiru, the Primal Being.

Knightmare Corruptor Iblee is a Cyberse monster and can be used to Link Summon Salamangreat Balelynx, and in doing so would trigger the ③ effect to Special Summon it to the opponent’s field.

Iblee’s effect would prevent the opponent from perform any Special Summon except Link Monsters, and that would deny Nibiru, the Primal Being. At the same time, putting a monster on the opponent’s field also stops Infinite Impermanence from being activated from hand.

The 3 Cynet Mining greatly increases the chances of opening with Knightmare Corruptor Iblee. 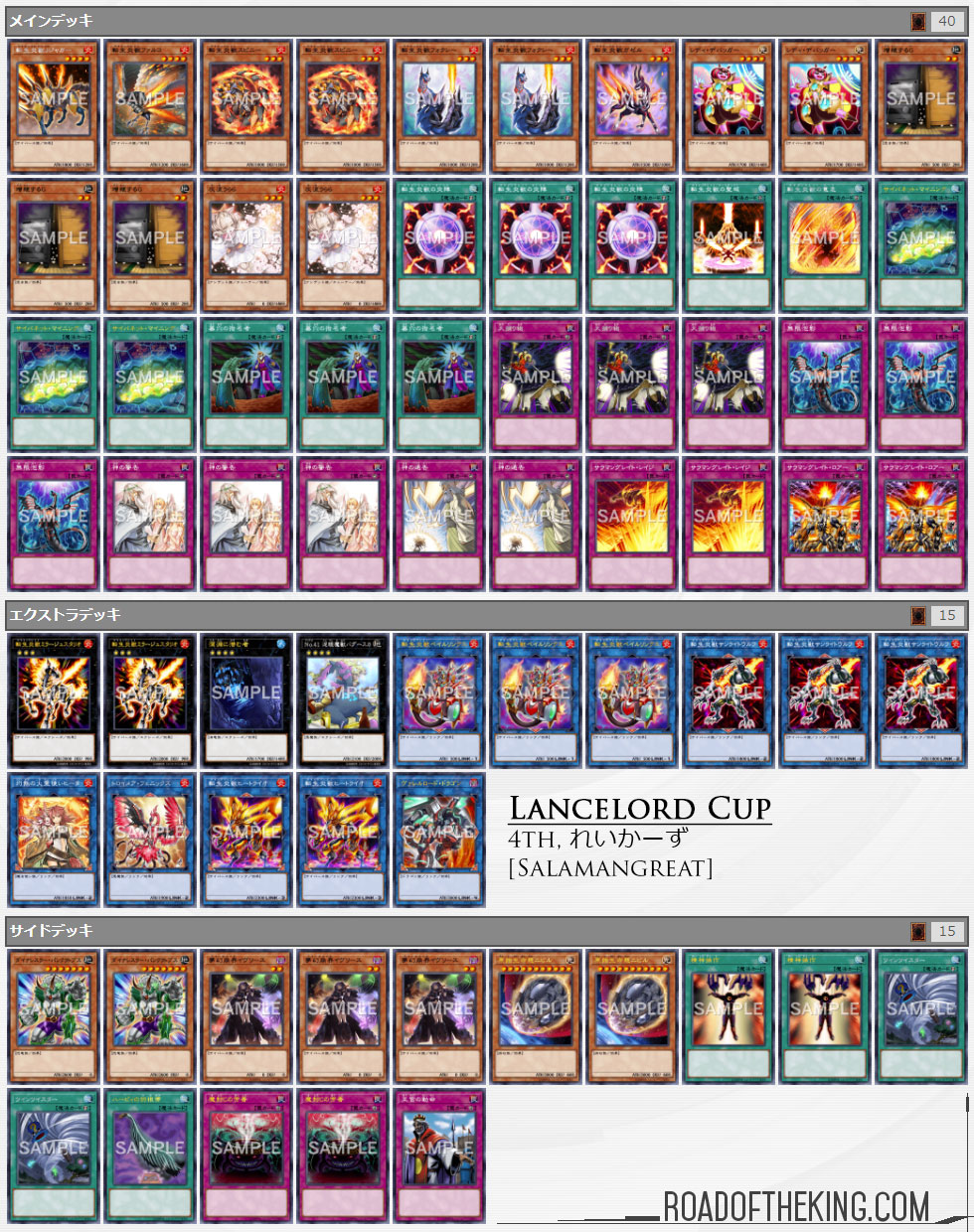 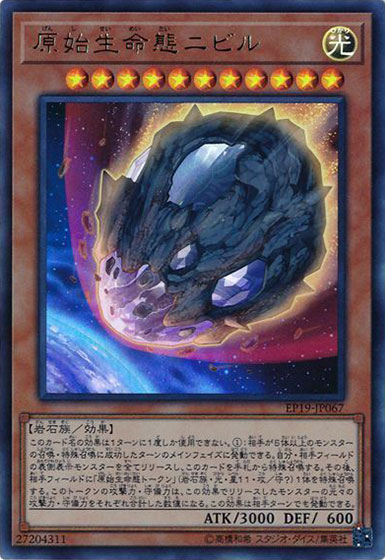 The most impactful card of the early OCG 2019.10 format is definitely Nibiru, the Primal Being.

Upon the release of Extra Pack 19 and then followed by the news of OCG 2019.10 Limit Regulation, the initial knee-jerk reaction of most players is to switch to a beatdown deck that do not rely on multiple Special Summons.

True Draco made multiple top finishes in the first week, but it was Thunder Dragon that took over in the second week.

Orcust is also another deck that has a good match-up against Thunder Dragon. Dingirsu, the Orcust of the Evening Star is an easy answer to Thunder Dragon Colossus.

Other combo decks like SPYRAL and Danger are also looking to break the metagame by using Outer Entity Azathot to block Nibiru, the Primal Being.

YOT Singapore 2019 will be taking place in the coming week, follow the coverage on Yu-Gi-Oh! Events or Beyond the Duel.