This report will cover 68 top-performing decks from 13 tournaments that were held in Japan, China and Hong Kong during 1 – 8 January 2019. 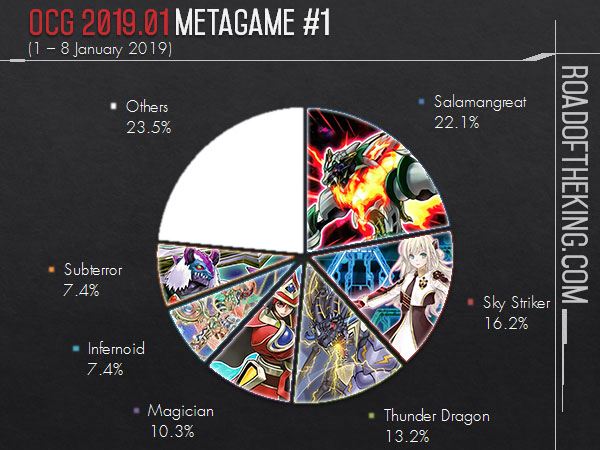 He ran two copies of Swords of Concealing Light in his Side Deck.

Against the Salamangreat mirror match, Swords of Concealing Light is mainly used to turn Number 41: Bagooska the Terribly Tired Tapir face-down, thus shutting off its effect that negates the activated effects of monsters.

Swords of Concealing Light is also great for turning Thunder Dragon Colossus face-down, shutting off its effect that prevents adding cards from deck to hand, and also disallowing its substitution effect to be used when being destroyed. 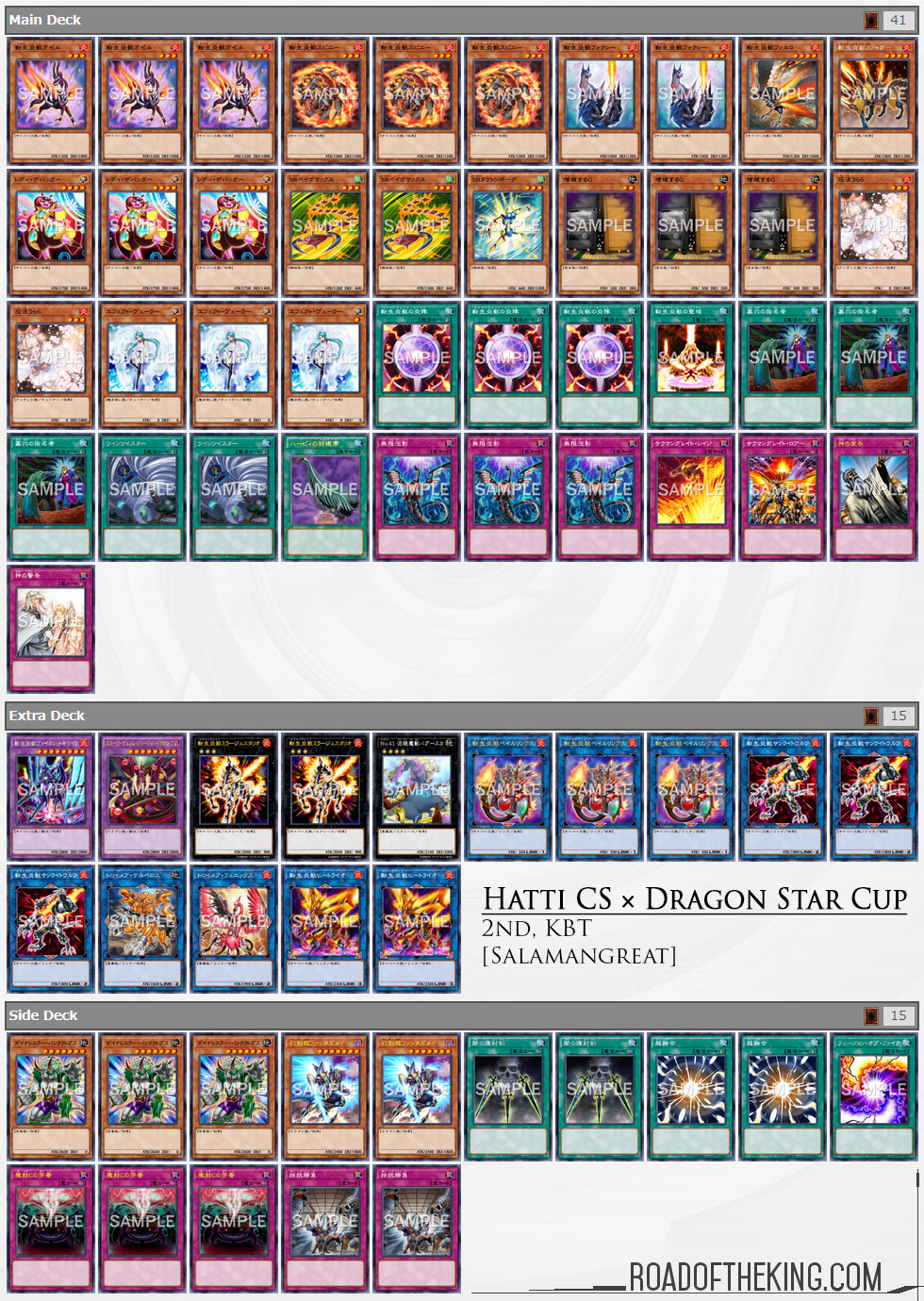 Running 3 Pot of Avarice has been a very successful build in bringing Sky Striker back to the top of the competitive scene.

Combined with the card advantage from Pot of Desires and Sky Striker Mobilize – Engage!, Sky Striker is able to keep up against Salamangreat and even out resource them. 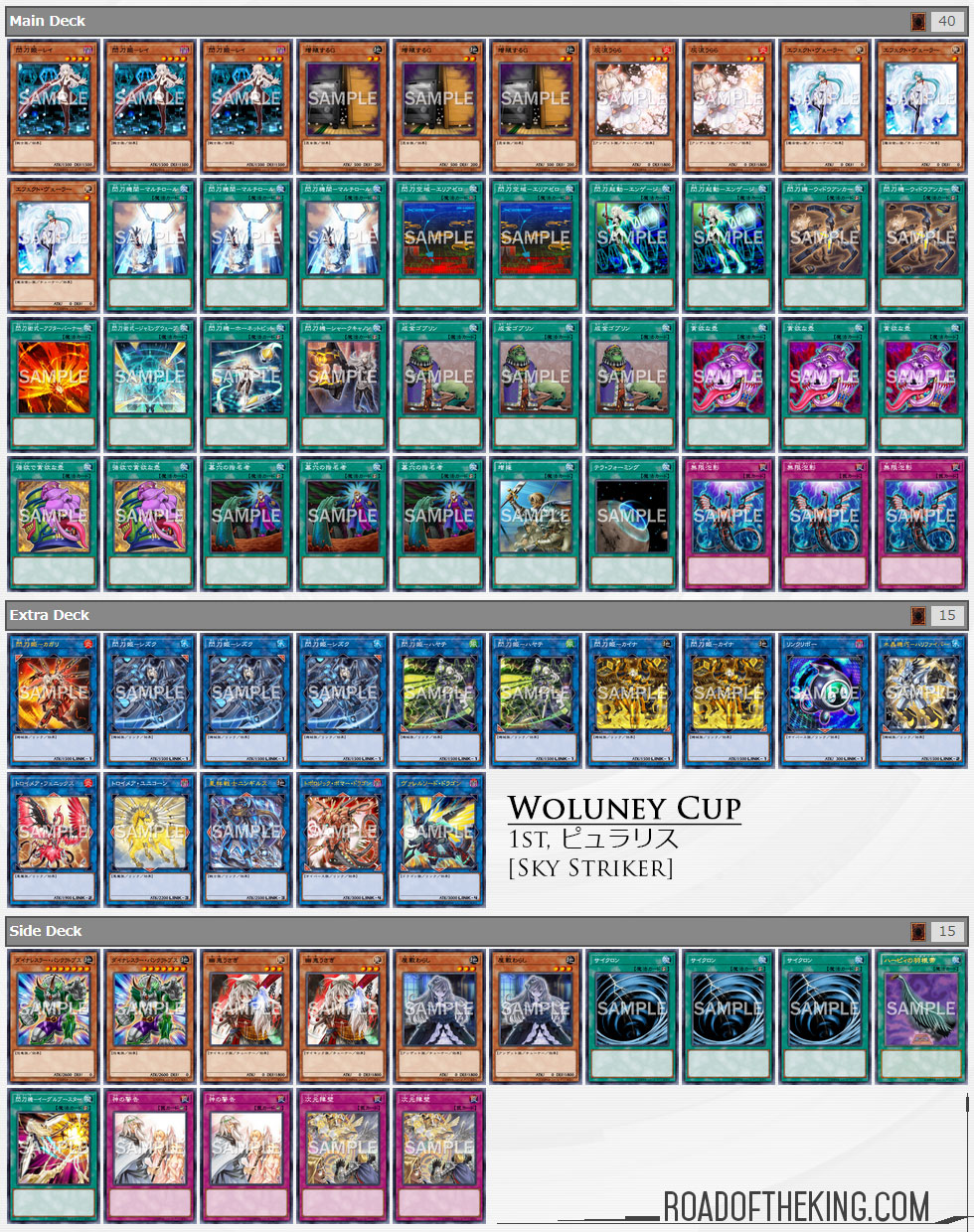 Aka Daruma (あかだるま) went 7-0 and finished 1st in “78th Oretachi Card Division CS” which had 43 participants.

He ran a copy of Superdreadnought Rail Cannon Gustav Max in his Extra Deck as an additional finisher.

This is quite relevant against Sky Striker as they could negate an attack using Sky Striker Ace – Kaina, but the 2000 damage from Gustav Max in Main Phase 2 would be the finishing blow. 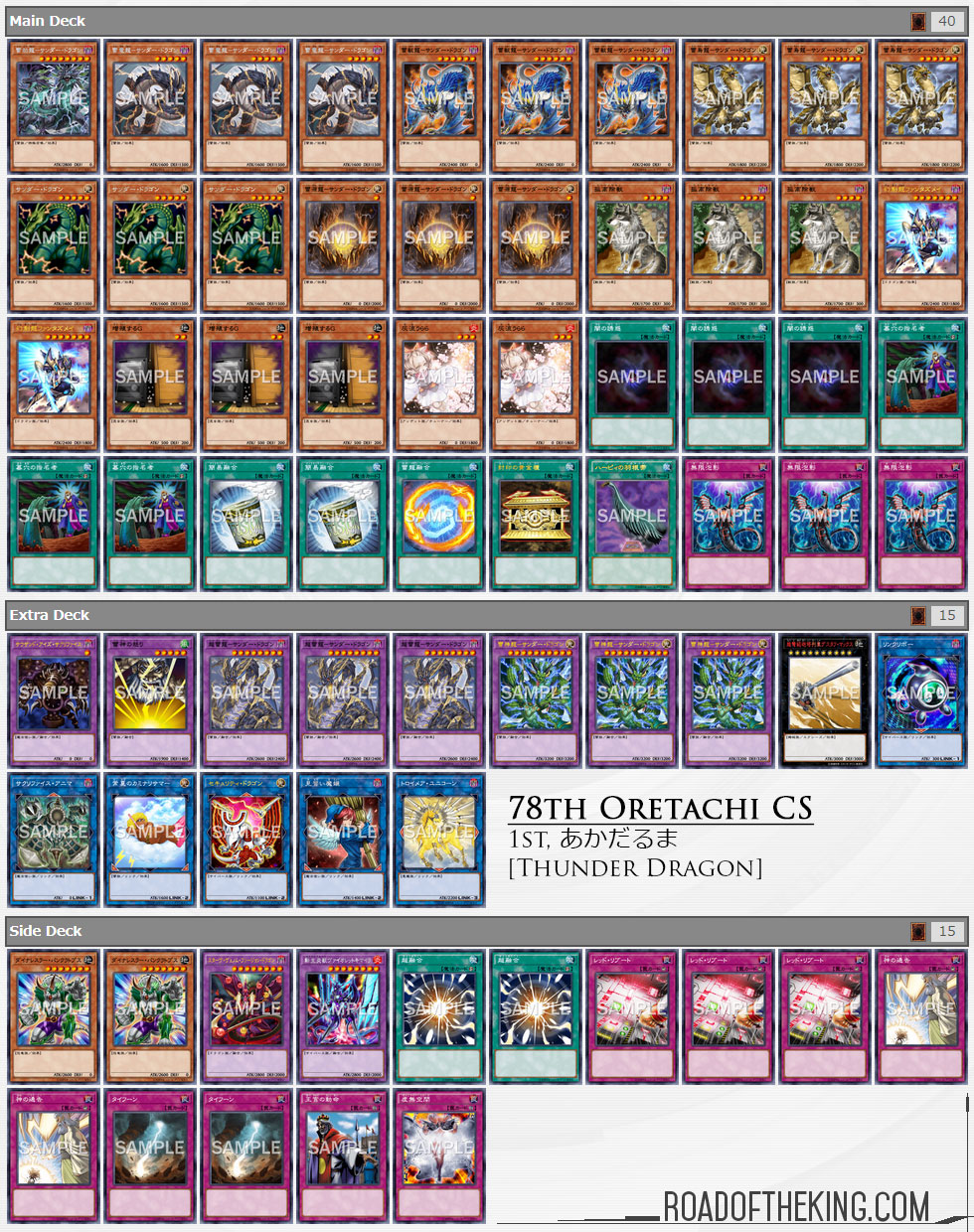 Despite getting further hit by the Limit Regulation, Magician is still able to compete in the OCG 2019.01 format.

Magician is running the similar build as its previous OCG 2018.10 variant, by substituting in Odd-Eyes Revolution Dragon and Black Fang Magician to fill in the slots emptied by the newly limited Chronograph Sorcerer. 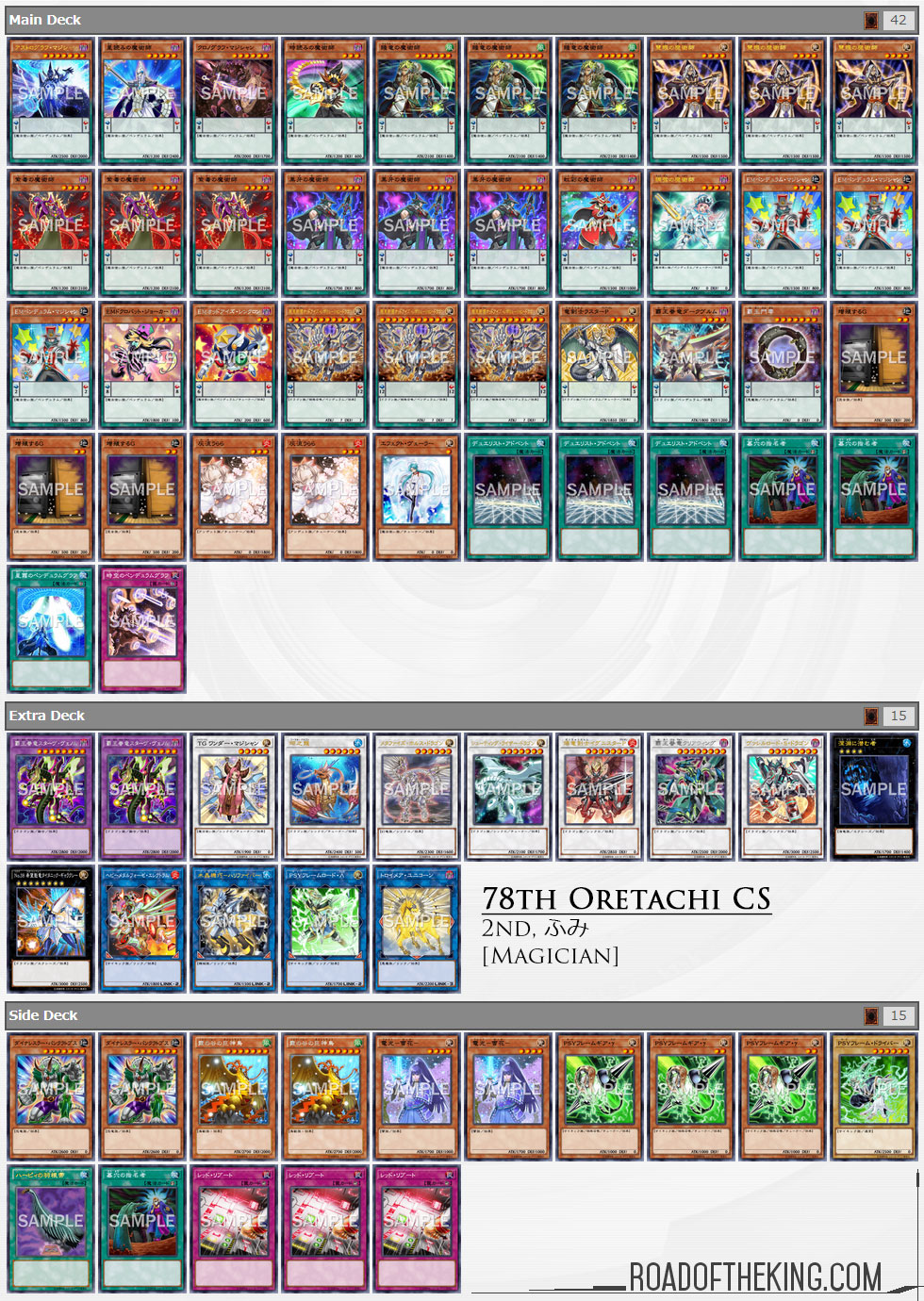 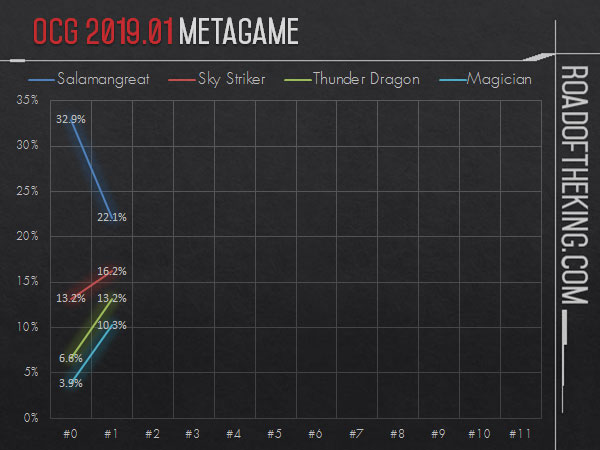 Salamangreat continues to be the most popular top performing deck, but Sky Striker is fast catching up.

With more Thunder Dragon around, players running Super Polymerization might need to look into using Predaplant Dragostapelia, as Starving Venom Fusion Dragon could be played around by having only 1 Thunder Dragon Colossus on the field at a time.