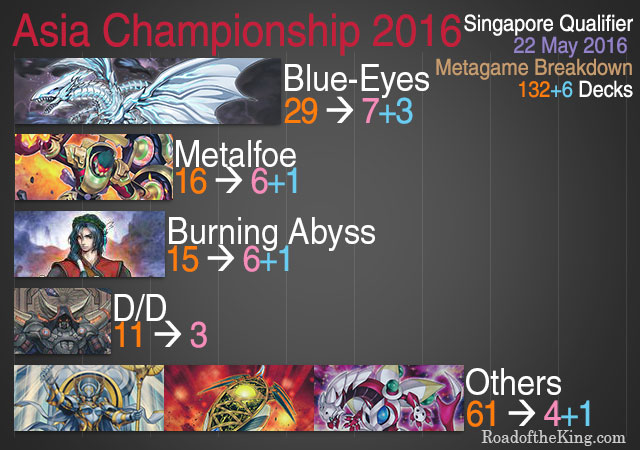 The OCG 2016.04 format is currently experiencing a healthy and diverse metagame.

Although Blue-Eyes was the most represented among the 132 walk-in participants, only 7 of them made it through the Top 26 cut.

A rather disappointing performance for Blue-Eyes, considering that Metalfoe and Burning Abyss both had 6 each making through the Top 26 cut.

D/D had a decent representation, but was quickly reduced to just 3 in the Top 26 cut.

1 of each Dark Magician, HERO, Majespecter and Tellarknight made up the last 4 of the Top 26 cut, while 1 seeded player ran with Monarch. 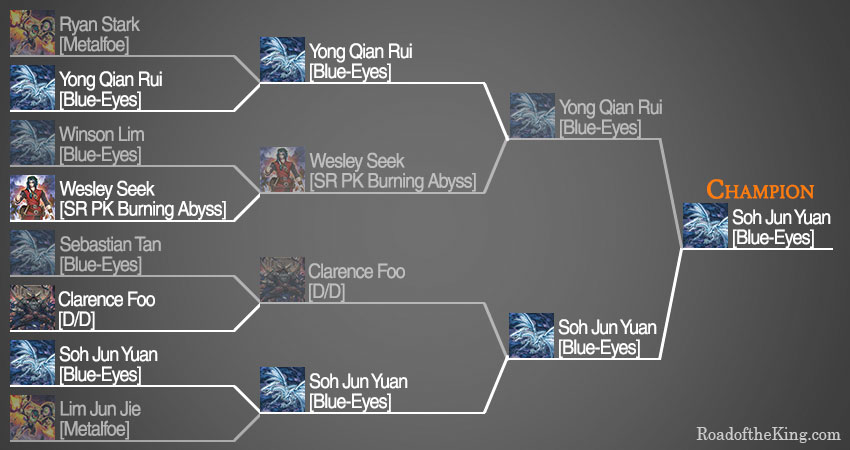 Blue-Eyes held on to its lead in the Top 8, with Metalfoe, Speedroid Phantom Knights Burning Abyss and D/D trailing behind.

Metalfoe was wiped out shortly, but even Speedroid Phantom Knights Burning Abyss and D/D were unable to match up to the might of the Blue-Eyes.

The final was a mirror match of Blue-Eyes. 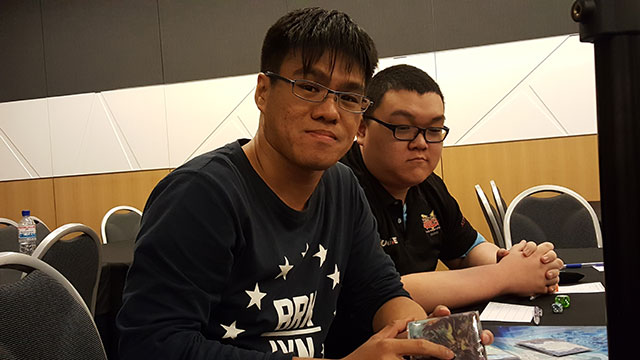 With his Blue-Eyes deck, Soh Jun Yuan beat the competition and earned himself an invitation to the Asia Championship 2016.