This report will cover 40 top-performing decks from 7 tournaments that were held in Japan and China during 10 – 13 November 2018. 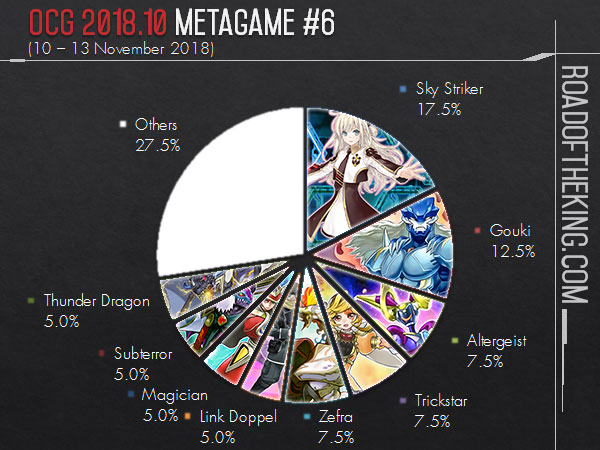 He ran a copy of World Dino Wrestling in his Side Deck, allowing Foolish Burial Goods to indirectly Special Summon Dinowrestler Pankratops from the deck.

Other than increasing the odds of opening with Dinowrestler Pankratops, this also provides Sky Striker with a little bit of burst potential as 2 Pankratops could be Special Summoned in the same turn, one by Pankratops’ own effect and the other by World Dino Wrestling‘s effect. 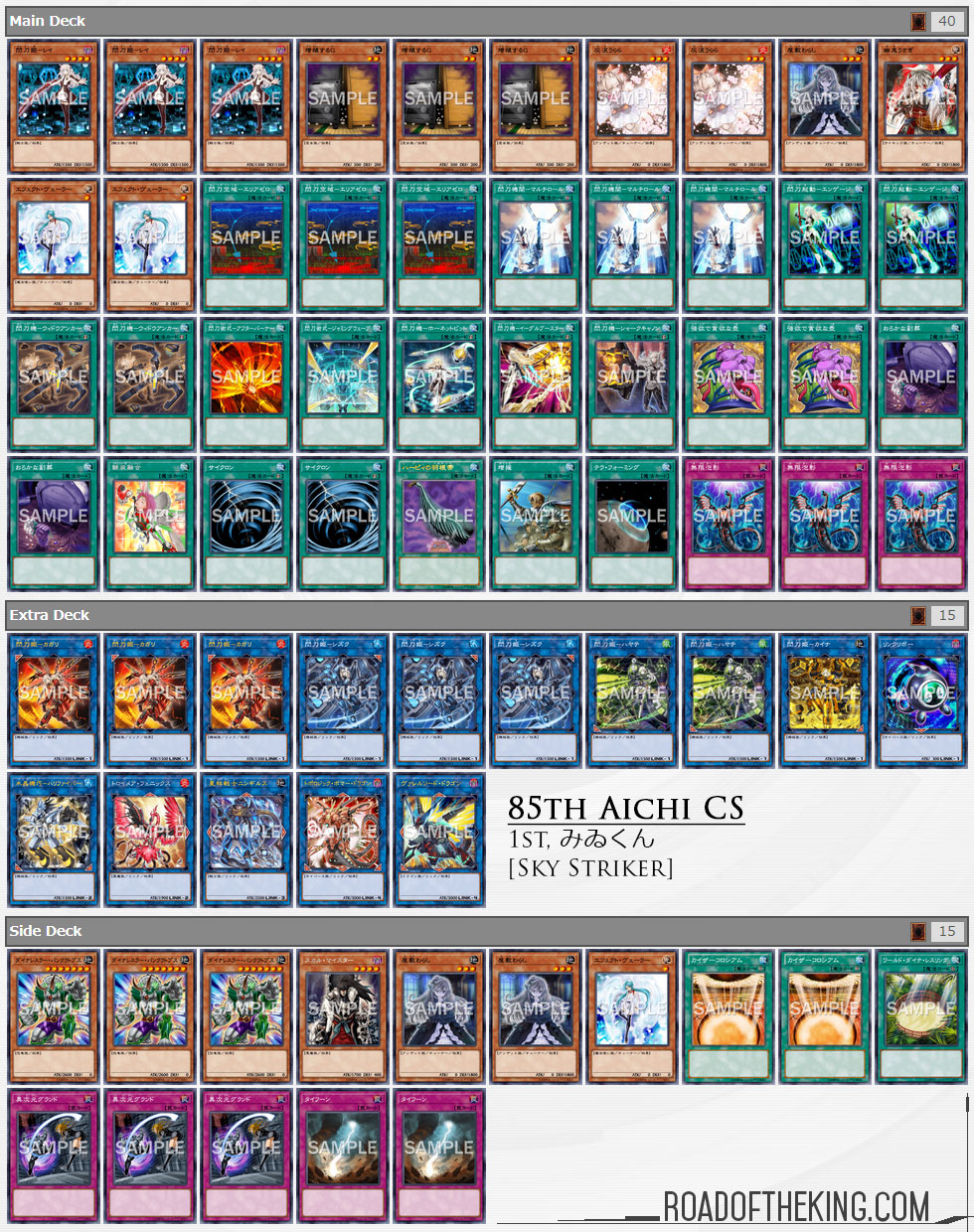 There is a resurgence of PSY-Framegear Gamma being played in the Side Deck as a straight-up solution to stopping the Gouki combo. 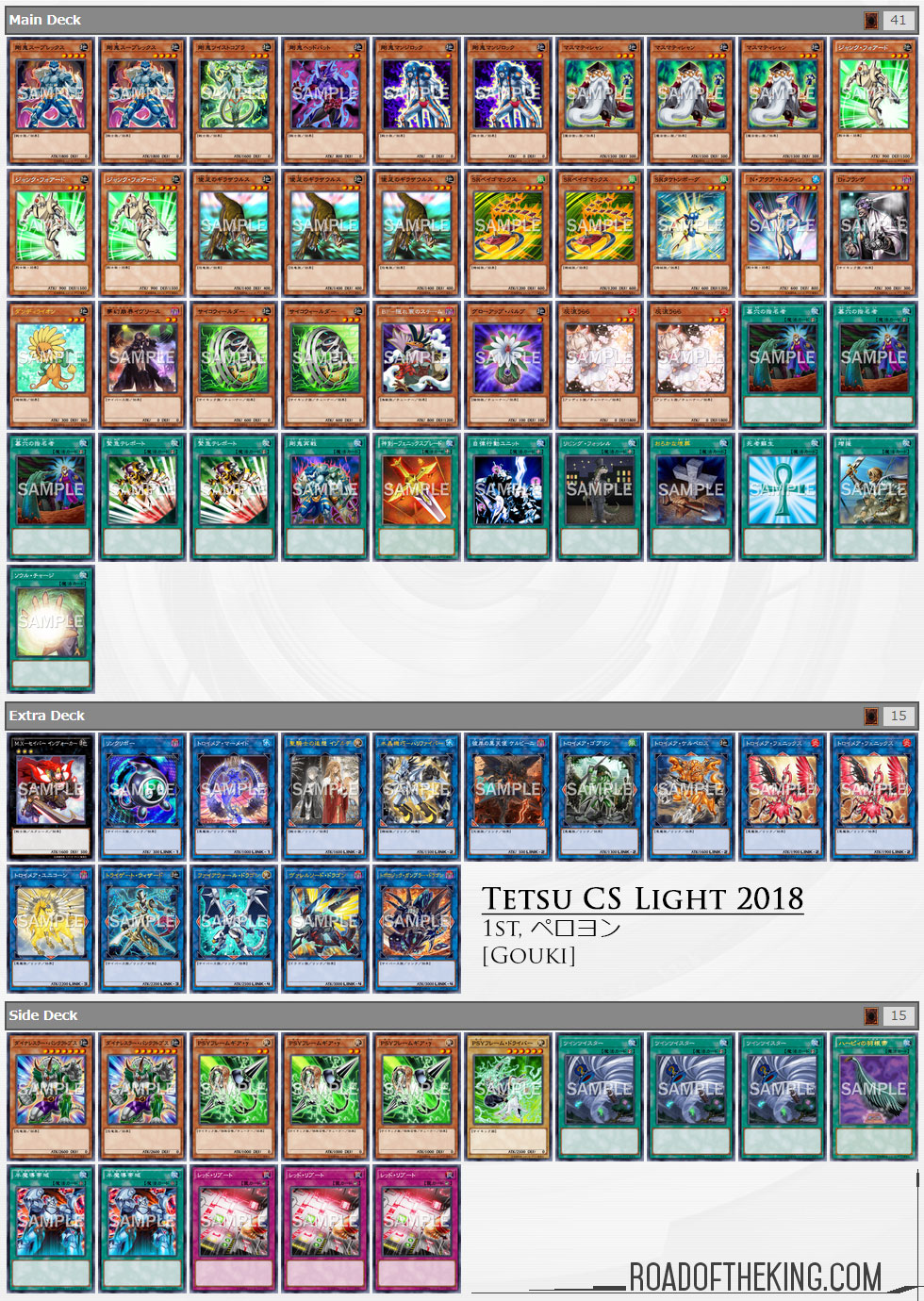 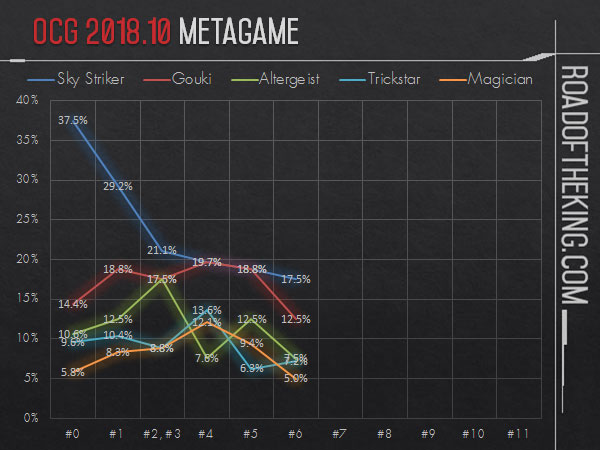 The competitive scene continues to diversify causing Sky Striker, Gouki, Trickstar, Altergeist to take a smaller share of the metagame.

The interesting deck of this week is Prankids making Top 4 in “Tetsu CS Light 2018”.