This report will cover 48 top-performing decks from 8 tournaments that were held in Japan and China during 2 – 9 October 2018. 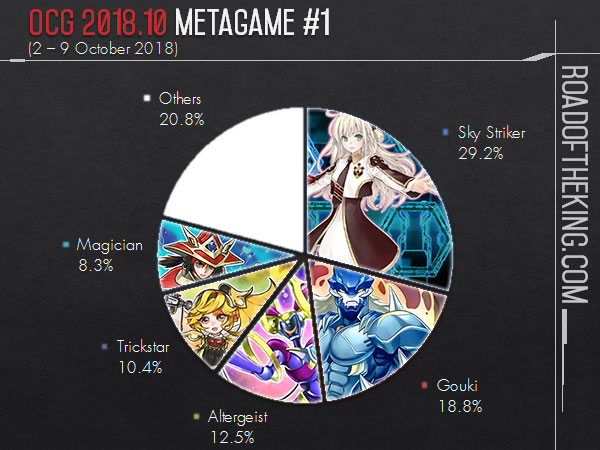 Numacchi (ぬまっち) went 8-1 and finished 1st in “2nd Orbis Cup with Hatti CS” which had 60 participants.

He ran a second copy of Sky Striker Mecha – Shark Cannon in the Main Deck, a trend that is occasional seen in some recent Sky Striker builds.

Against Gouki, Shark Cannon is used to banish Destiny HERO – Malicious, Destrudo the Lost Dragon’s Frisson, Blackwing – Steam the Cloak, Glow-Up Bulb or Jet Synchron. It can also be activated in response to Gouki Re-Match, Monster Reborn or Soul Charge. To a certain degree, Shark Cannon is sometimes more reliable than Sky Striker Mecha – Widow Anchor at disrupting Gouki since it is unaffected by Magical Mid-Breaker Field.

However, outside of the Sky Striker and Gouki matchup, Shark Cannon is often a dead-weight and only useful for reviving a Tuner Monster to go into Crystron Halqifibrax. 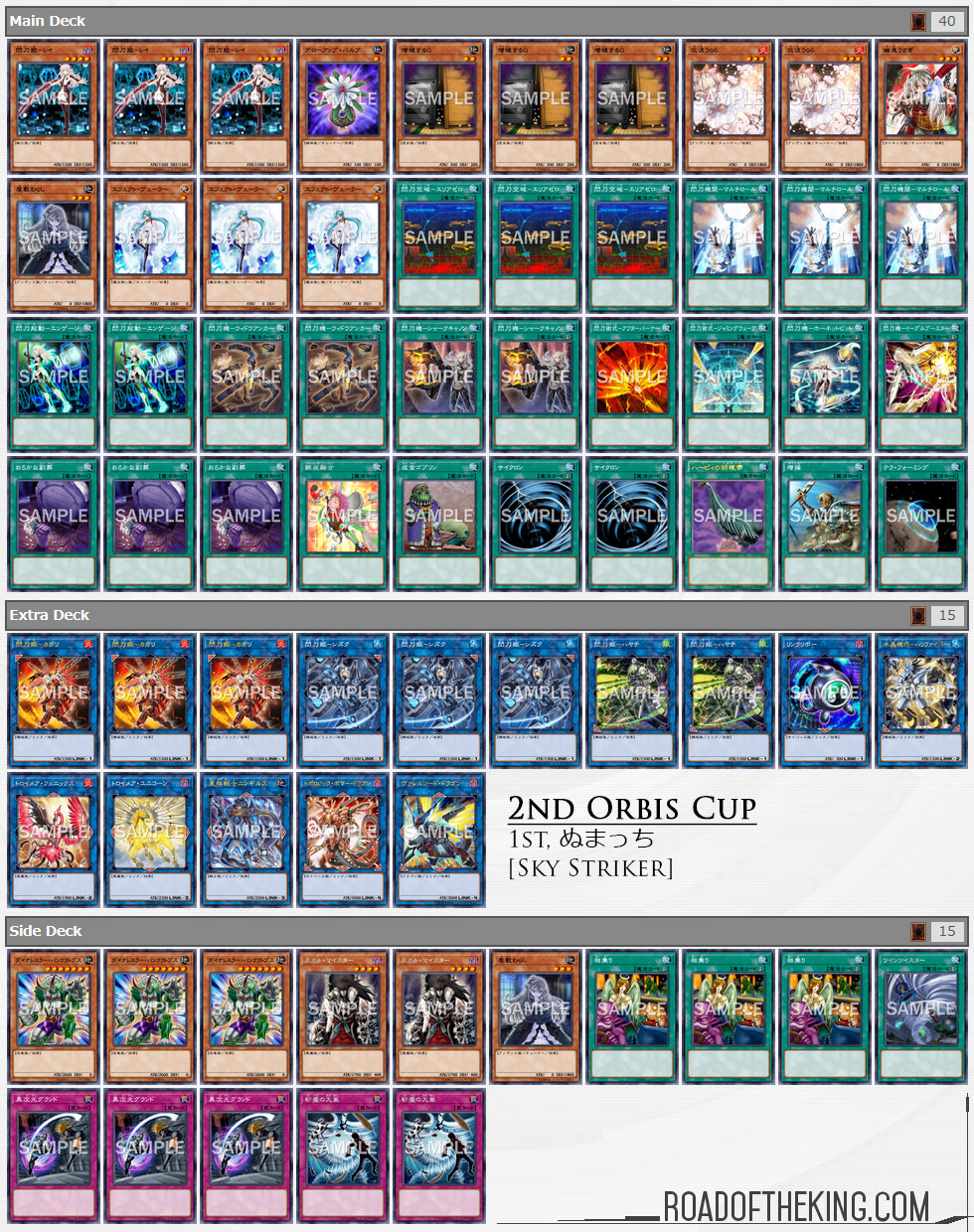 ATSU went 8-1 and finished 2nd in “2nd Orbis Cup with Hatti CS” which had 60 participants.

He ran a hybrid variant that runs both Armageddon Knight and Mathematician.

However, unlike the plant build featured in the previous week’s report, Mathematician‘s effect in this build is mainly used to send Edge Imp Sabres from the deck to the graveyard. By placing 1 card from hand on the top of the Deck, Edge Imp Sabres will revive itself. This also allows you to return Destiny HERO – Malicious to the deck if you happened to draw into them.

Edge Imp Sabres and Mathematician are then used to Xyz Summon M-X-Saber Invoker. Following is the standard play of using M-X-Saber Invoker to Special Summon Gouki Suprex and then Link Summoning Isolde, Two Tales of the Noble Knights.

With the additional Normal Summons, he could then summon another Armageddon Knight or Mathematician and push on with the combo. 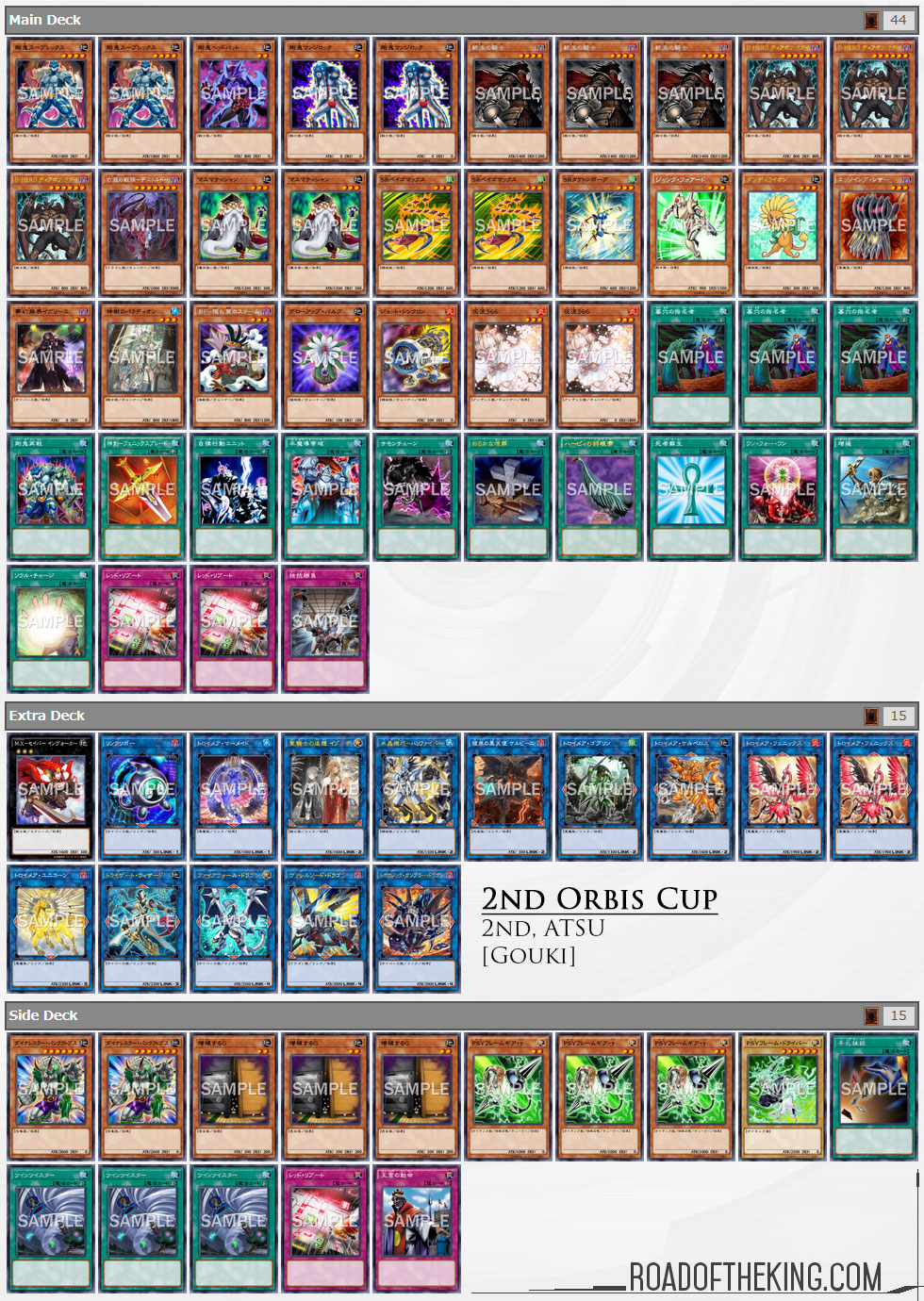 He ran a standard build focused on beating Sky Striker with Secret Village of the Spellcasters and Anti-Spell Fragrance in the Main Deck. 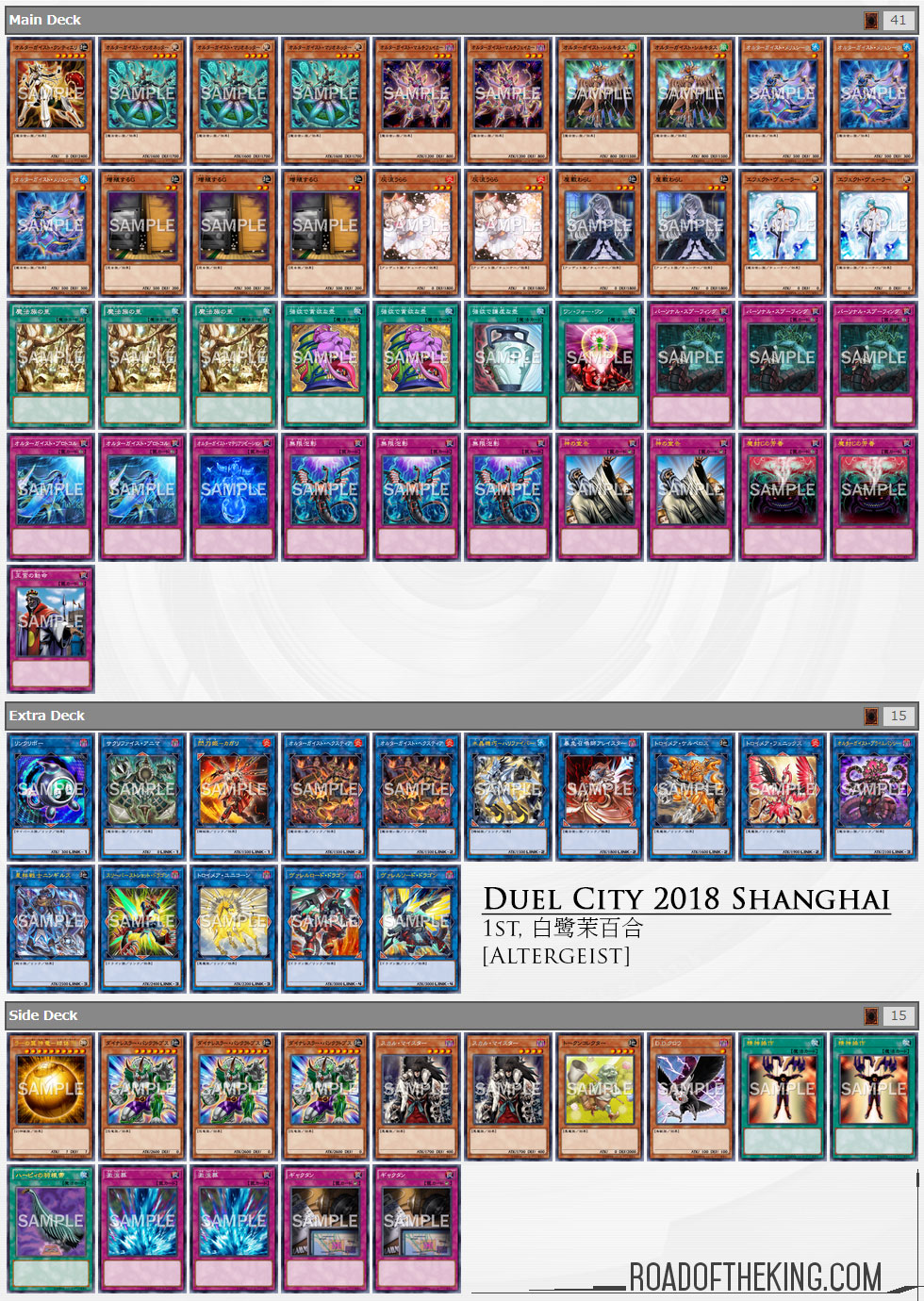 His ran a standard build with an all-rounder Main Deck, keeping the tech cards such as Cyber Dragon, Chimeratech Megafleet Dragon and Inspector Boarder in the Side Deck. 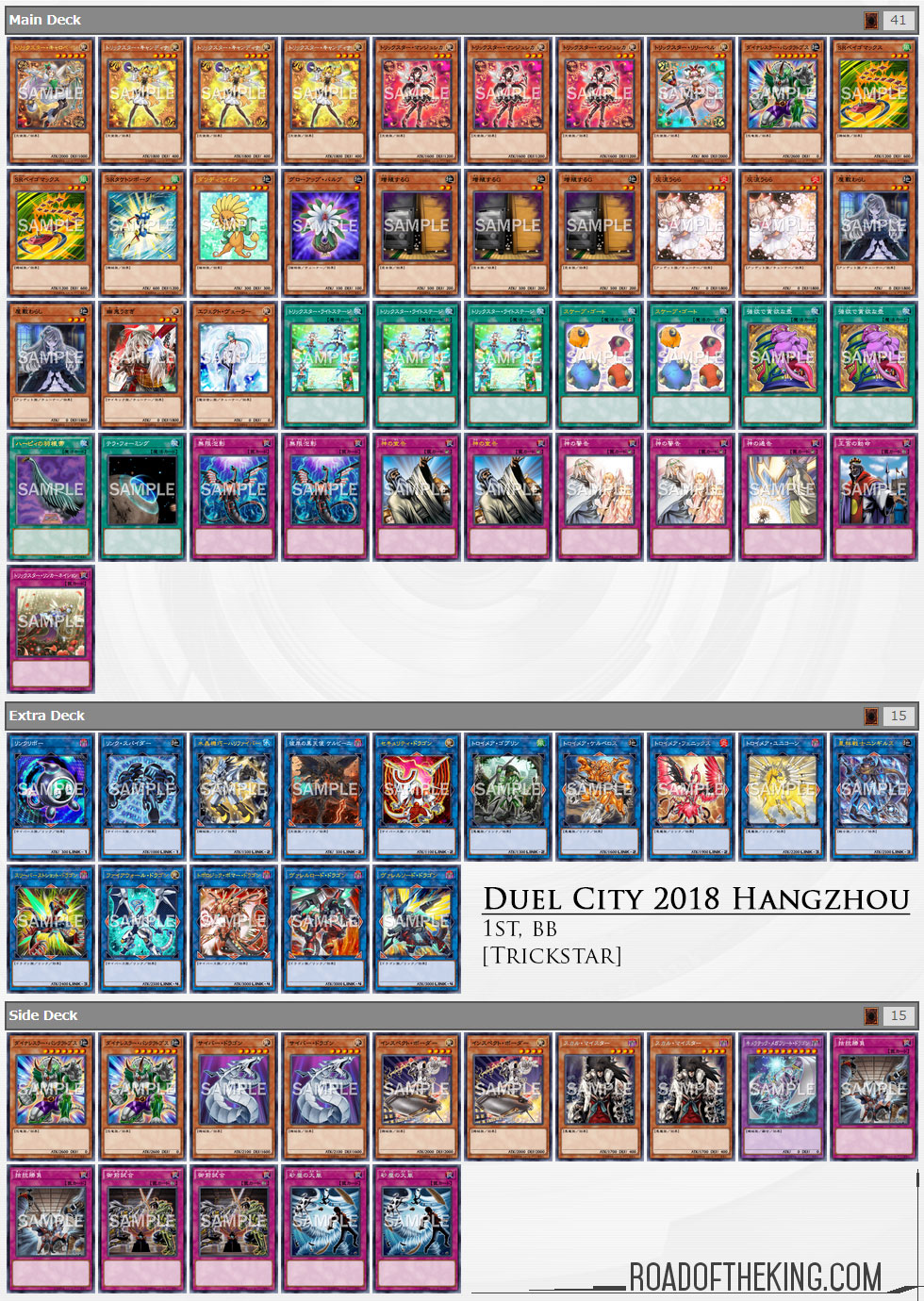 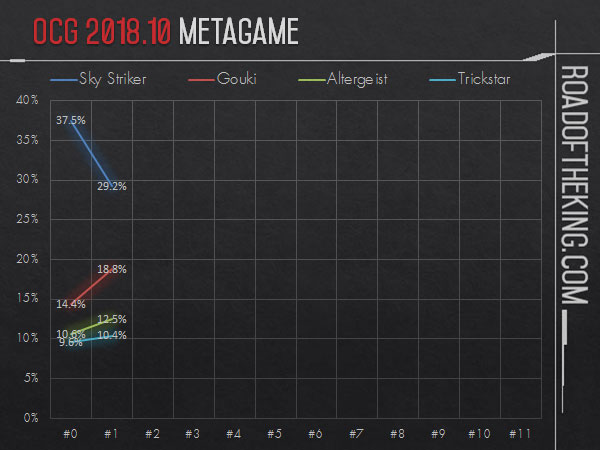 Sky Striker and Gouki are the two main decks to beat in the early OCG 2018.10 format. Altergeist and Trickstar continues to trail behind.

Savage Strike will be release in the coming weekend, giving us 2 weeks of playtesting before the next major tournament in Asia – YOT Taiwan 2018.